Smartshops selling mushrooms and psychedelic plants have been a fixture in European countries like the Netherlands for more than 20 years. But until recently, you didn’t see them in the U.S. Now North Beach is home to what may be the country’s first smartshop. Benjamin Manton and his wife Juliette recently opened a brick-and-mortar version of Professor Seagull’s Smartshop, the store they’ve operated online since 2019, at 1351 Grant Avenue.

“To my knowledge, we are the first smartshop in the U.S,” says Manton. “You can find the products we sell in various places, but I think we’re the first store that offers them all under one roof.”

Manton has lived in North Beach since he was 18. Originally drawn to the neighborhood because of its rich counterculture history, he figured it was the ideal spot to open a physical smartshop.

“It’s a little less cliché of a place to do something like this than Haight Street,” he explains. “I think we tend to attract a more mature and informed clientele.” 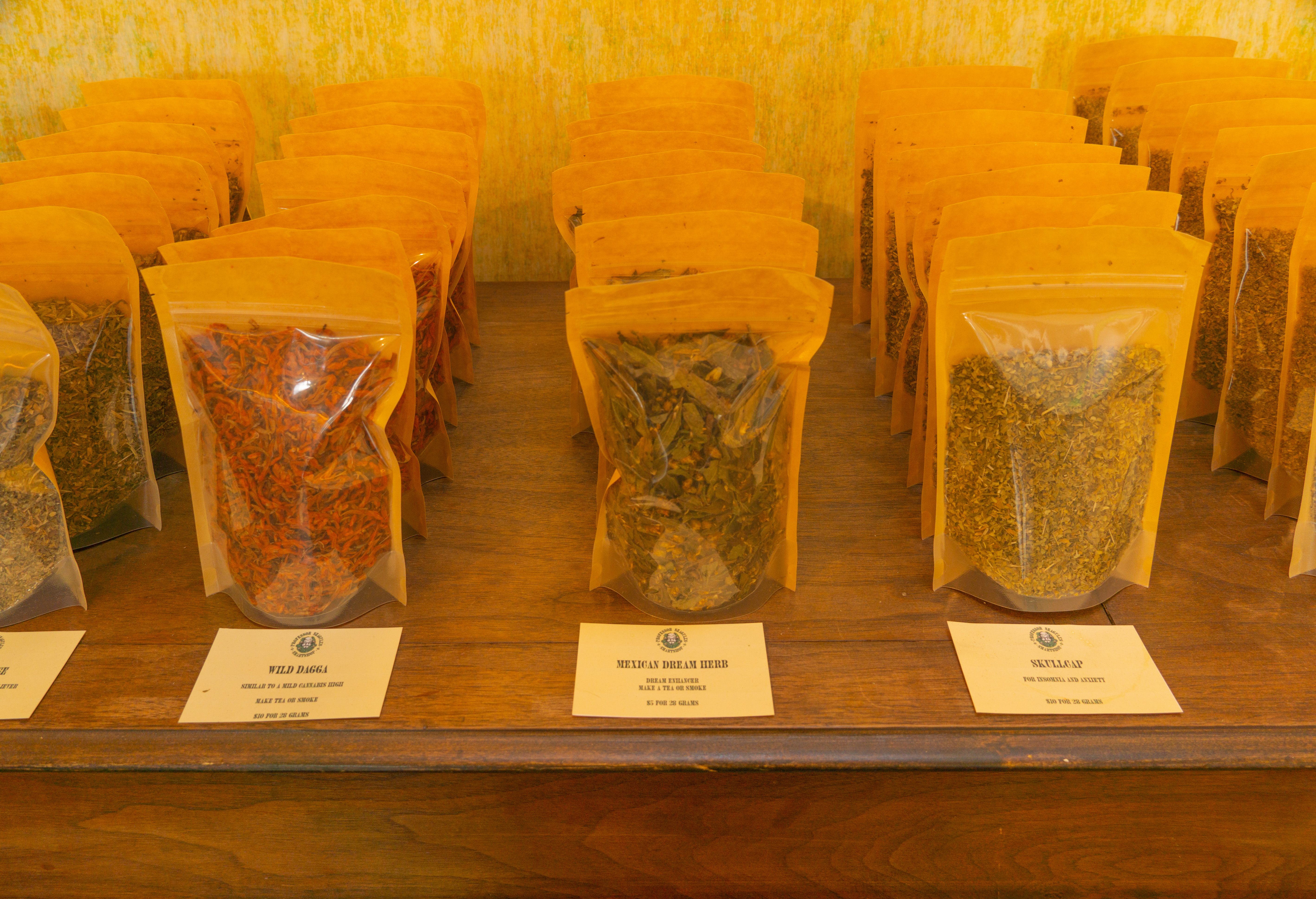 For those who are 21 or older, Professor Seagull’s sells an array of legal entheogenic plants, mushrooms, and herbs. Entheogens are substances—usually derived from plants—  with psychoactive properties. In addition to their mind-altering powers, these products have a long history of use in Native American and other cultures to treat a host of physical and mental ailments. Looking to boost your memory and focus? Start your day with a nootropic (cognitive enhancer) coffee made from lion's mane mushrooms. Skullcap, a nerve-calming plant, is known to help with anxiety and insomnia. Wild dagga flowers also induce a sense of calm, along with mild euphoria.  Like many other products in the store, both plants can be smoked or brewed for tea.

“I think people are really aware of the potential benefits of all of these things and are very curious about them,” says Manton. “Usually on their first visit, they walk around the store and ask lots of questions. Then they go home, educate themselves some more, and come back and make a purchase based on what they’ve learned.” 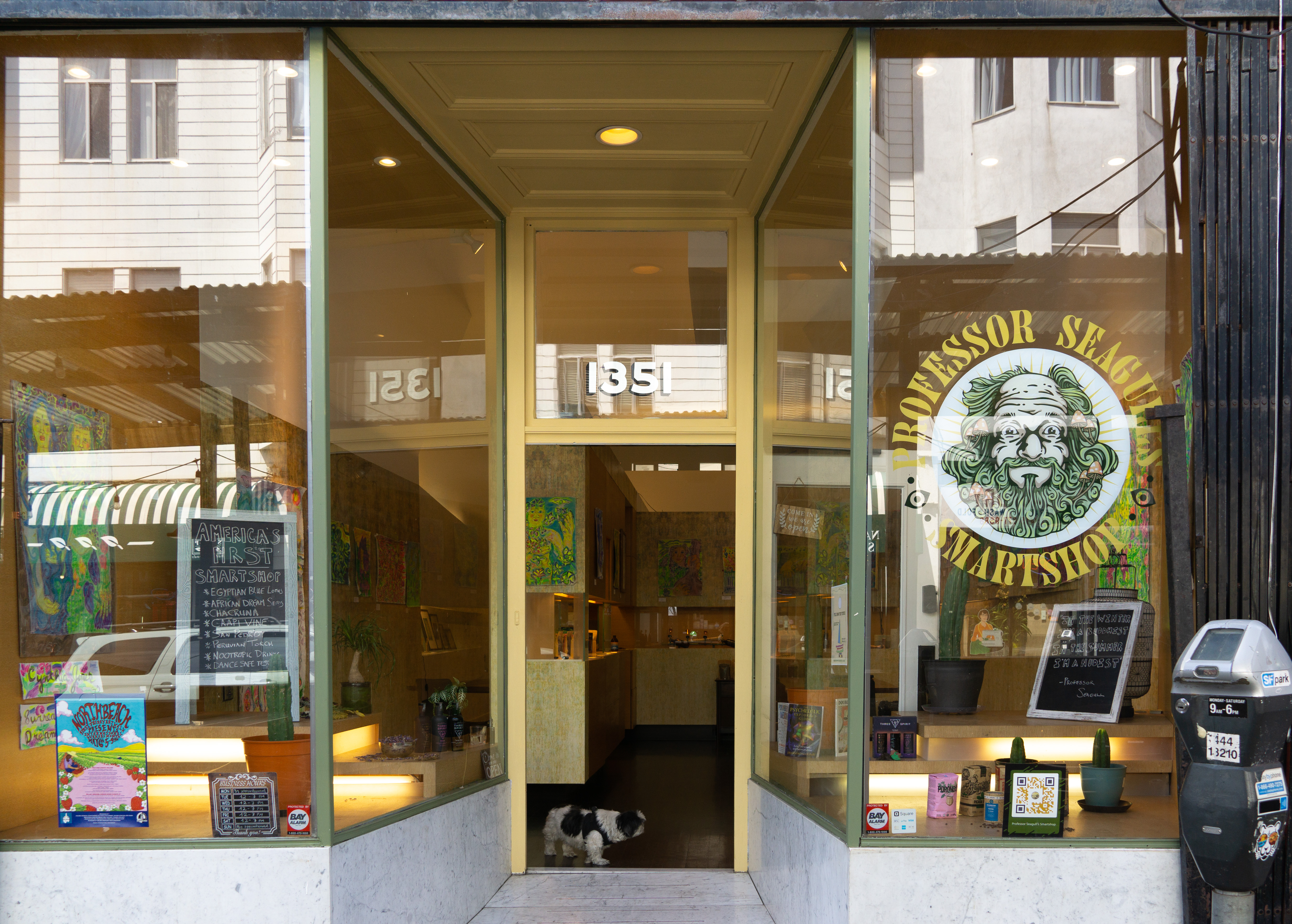 Visitors to the shop are greeted by a large illustration of its wild-eyed, green-haired namesake — a.k.a. Joe Gould — grinning at them from a window. Gould was an eccentric writer and bohemian who lived in New York City during the first half of the twentieth century. He earned his nickname for his tendency to get drunk and dance around flapping his arms like a bird. Gould claimed to be the author of the longest book ever written, An Oral History of the Contemporary World. The book was never published and some doubt it exists. But the Mantons wanted to honor this complex, mysterious man and his phantom work by naming their smartshop after him. 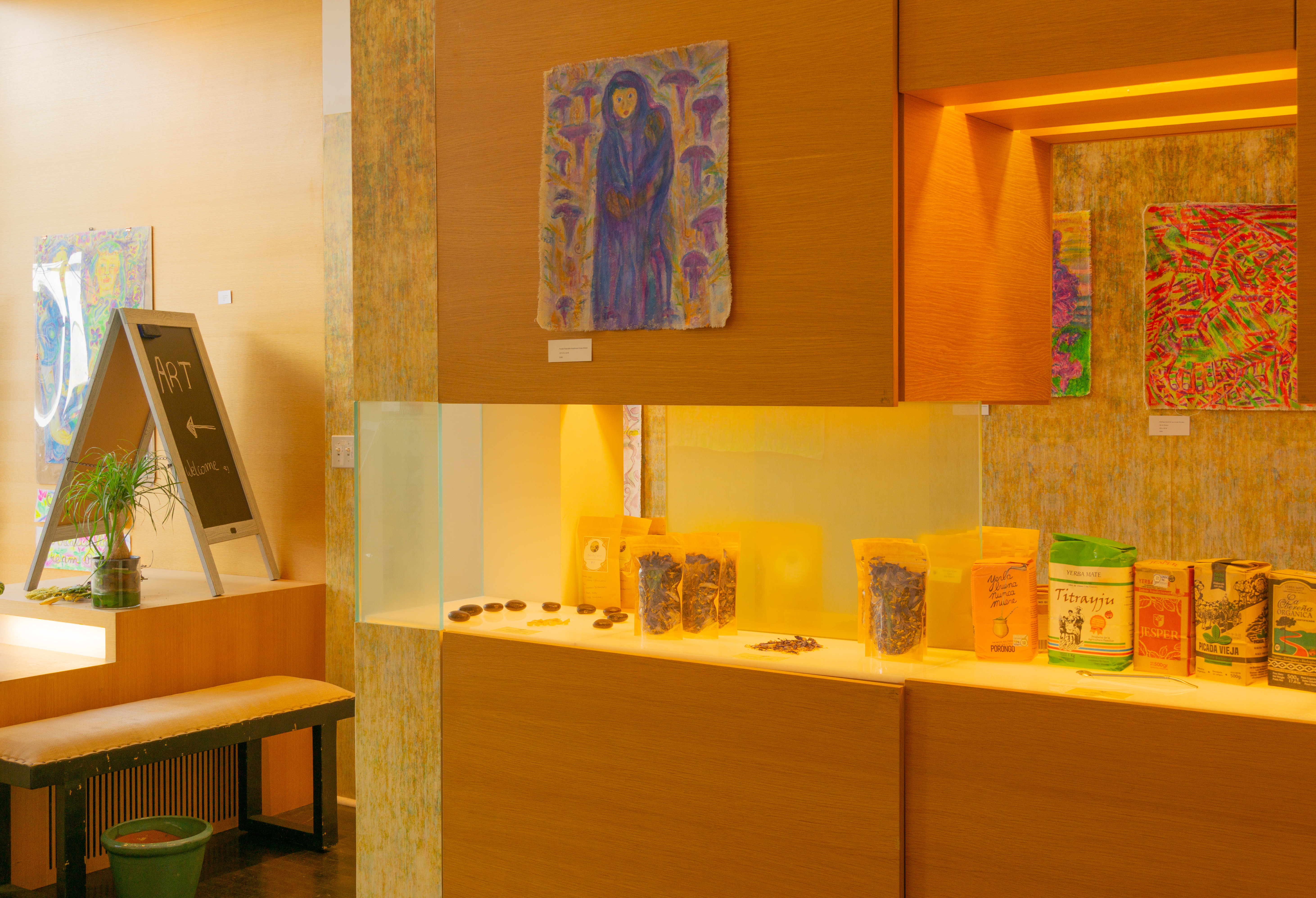 “We’ll be adding more monthly events throughout the year, like a full moon temple,” says Manton. “Lots of people like to consume psychedelics during full moons, so they can come here and drink tea and make art. We’ll have art supplies and stay open a little later than usual.”

For more information about Professor Seagull’s Smartshop, go to www.sfmartshop.com.