The SF SPCA and Macy’s unveiled their holiday windows at Union Square on Friday. And this year’s windows saw the return of live adoptable kittens and puppies for the first time since 2019. The fuzzy cuteness will be on view in the windows on the corner of Stockton and O’Farrell Streets through January 1st. Passerby can catch them Thursdays through Sundays from 12 p.m. to 5 p.m.

“We are thrilled to bring live animals back to Macy’s Union Square for the 36th annual Holiday Windows,” Dr. Jennifer Scarlett, SF SPCA CEO, said in a statement. “This favorite tradition not only brings joy to holiday shoppers, but more importantly, it has helped more than 10,000 animals find loving homes.” 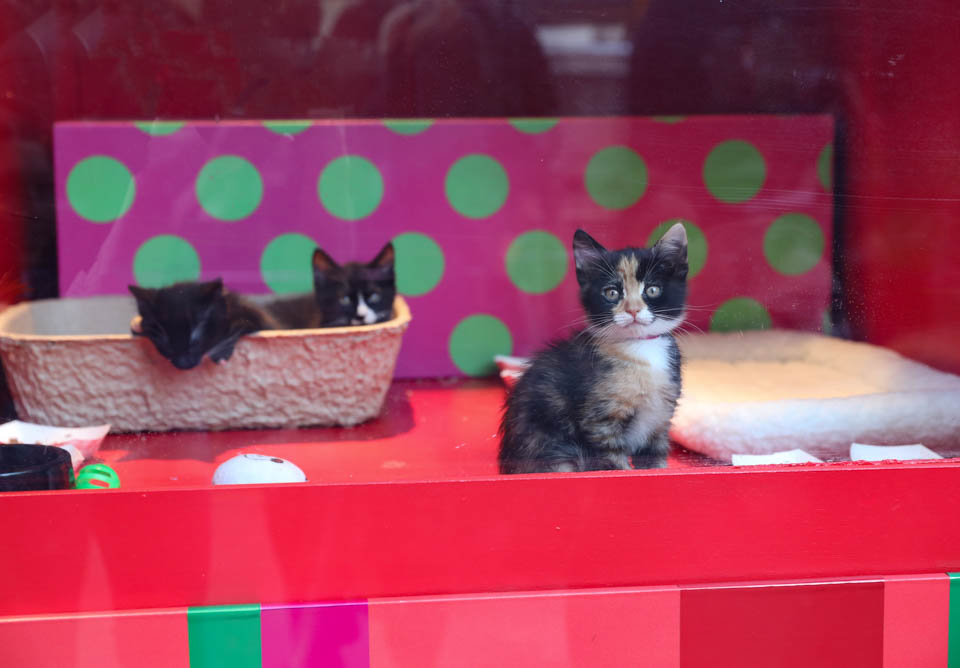 The windows also feature live streams of rescue animals from the adoption center, as well as videos of SF SPCA shelter alumni. For those not able to make it down to Union Square, the live streams will also be available for viewing online.

Donation drop-offs of gifts for pets and owners will be accepted in Macy’s Backstage on the 8th floor. New, unwrapped supplies, such as towels and dog or cat toys, can be dropped off.

“Macy’s is such an amazing community partner,” Dr. Scarlett told Hoodline. She explained that along with ushering in the holiday season, the windows were significant this year “as the city begins to heal and come back from the pandemic and everything that happened to the downtown area.” 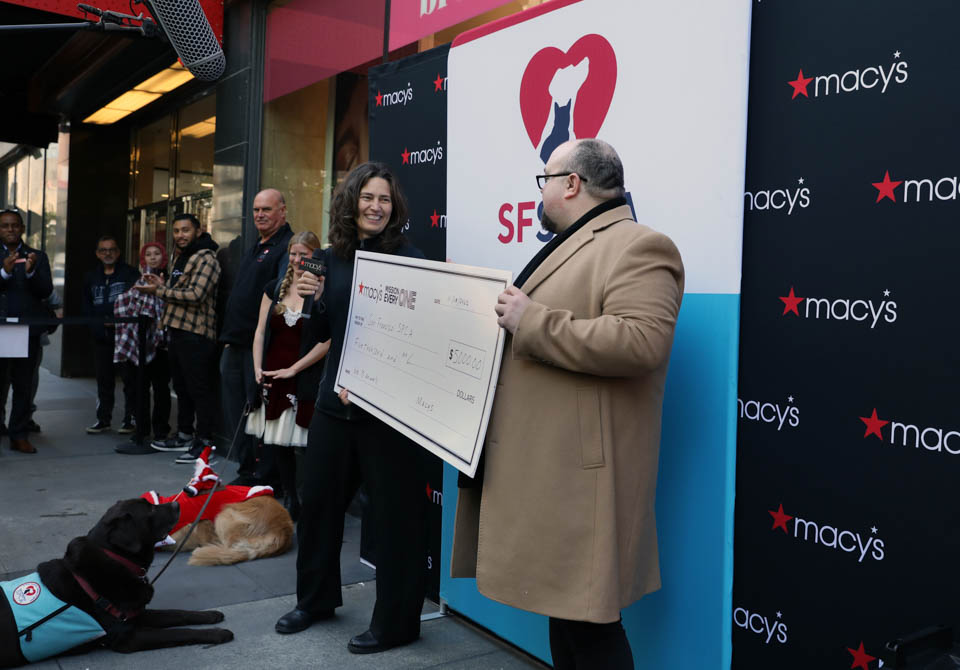 The windows also play a noted role in encouraging adoptions of the SF SPCA rescue animals. This is particularly important this year as rescue organizations have seen an explosion of kittens and puppies due to the fact that, during the height of the pandemic, many animals went without being spayed or neutered.

“If you have it in your heart to adopt, this is a great time to do it,” Dr. Scarlett said. 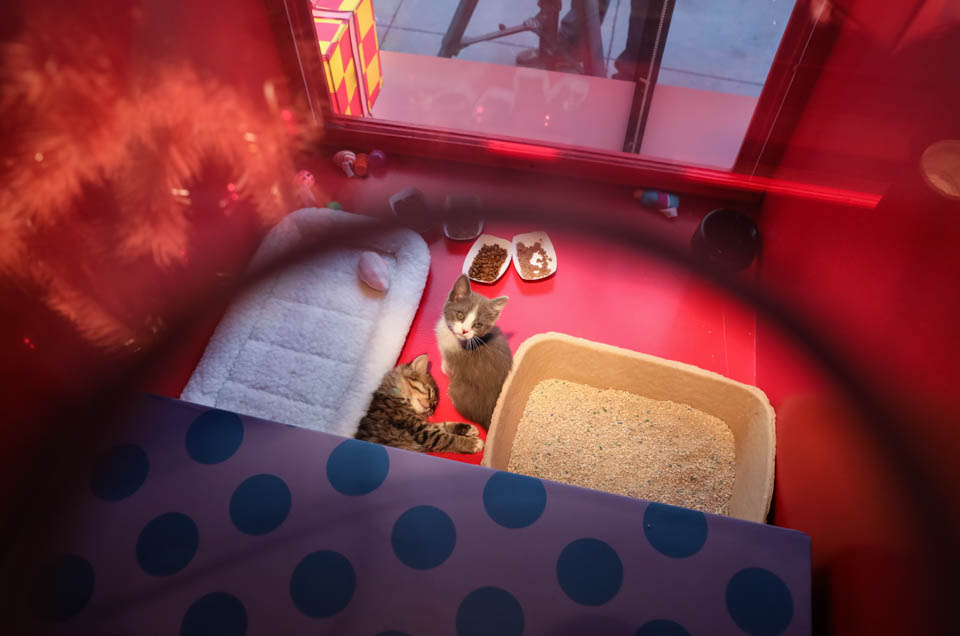 Adoptable kittens Lena and Lana were part of the Holiday Windows opening day. 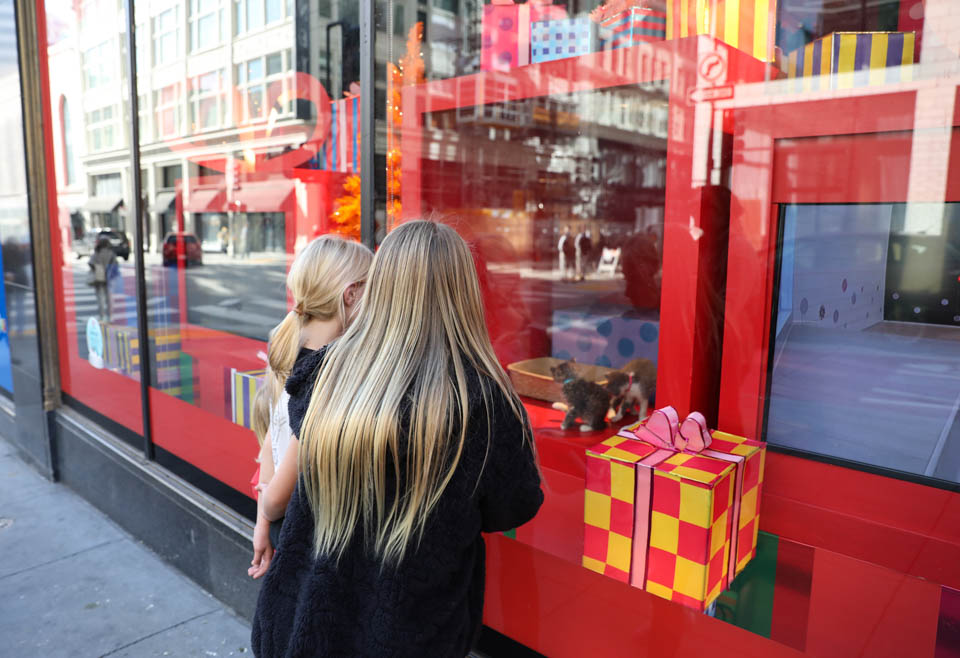 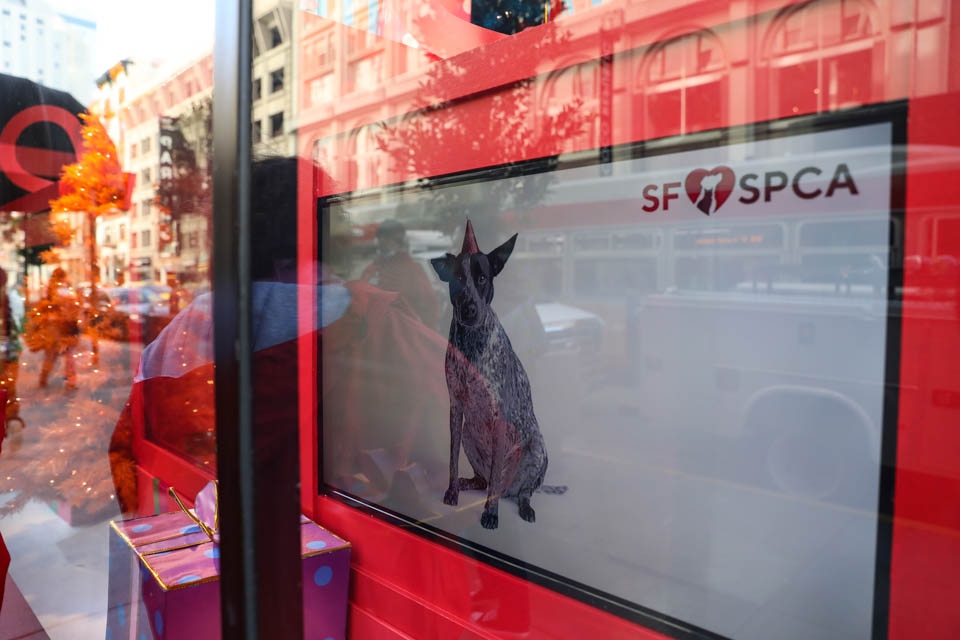 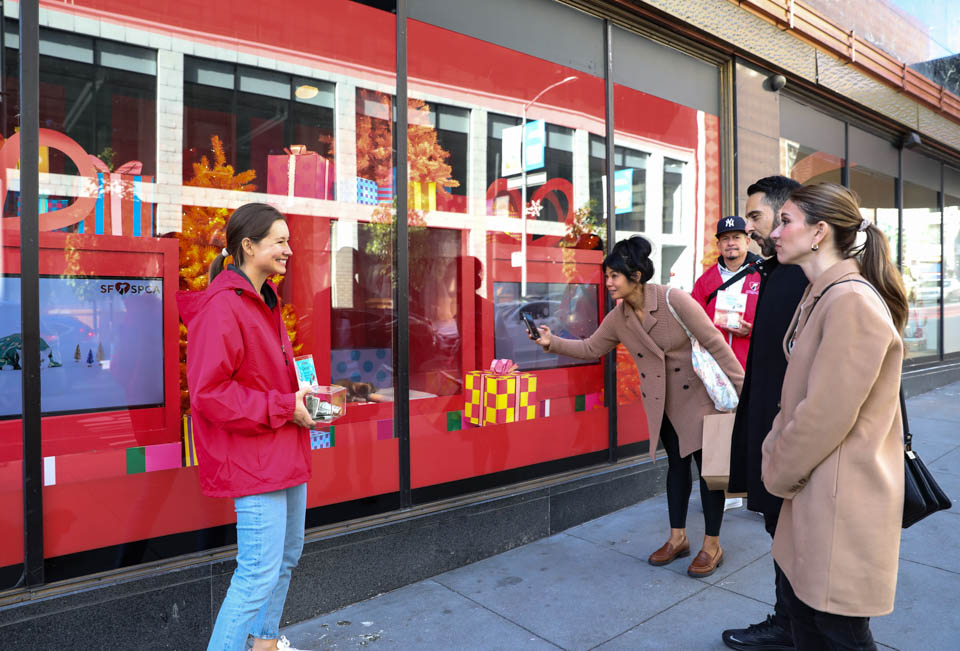 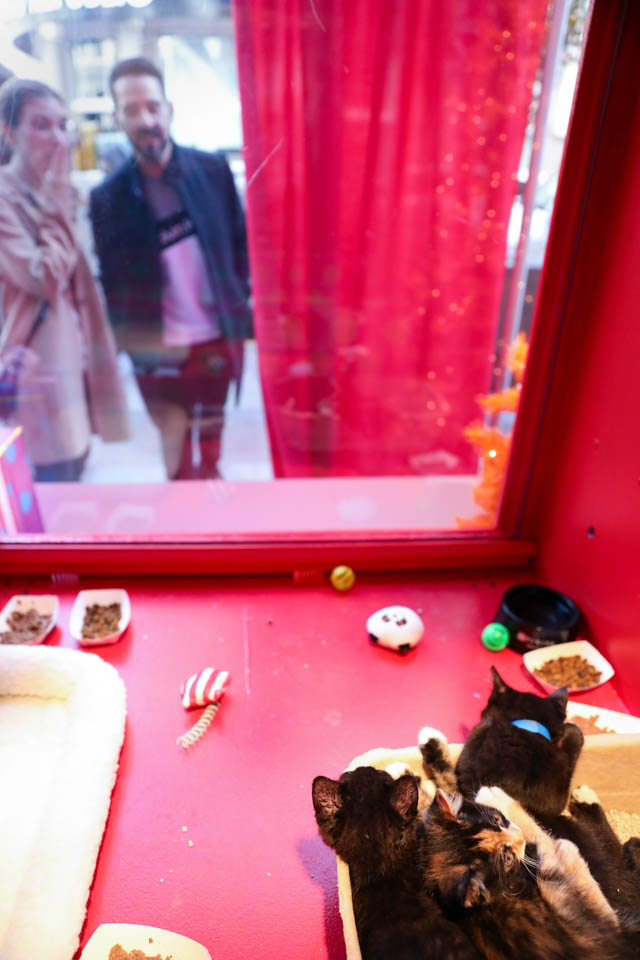 Shoppers look in at the adoptable kittens on view. 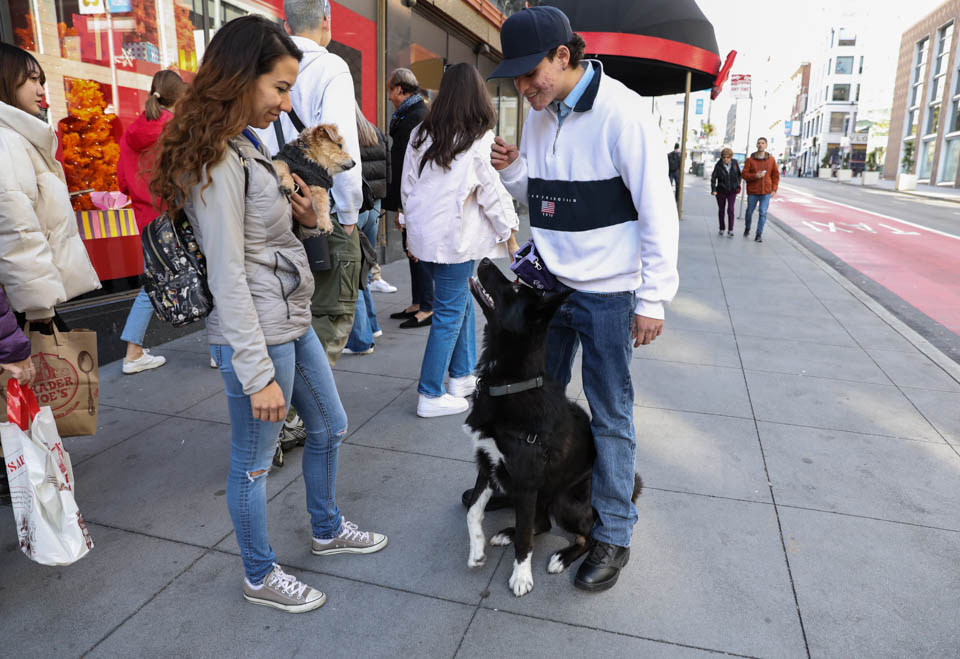 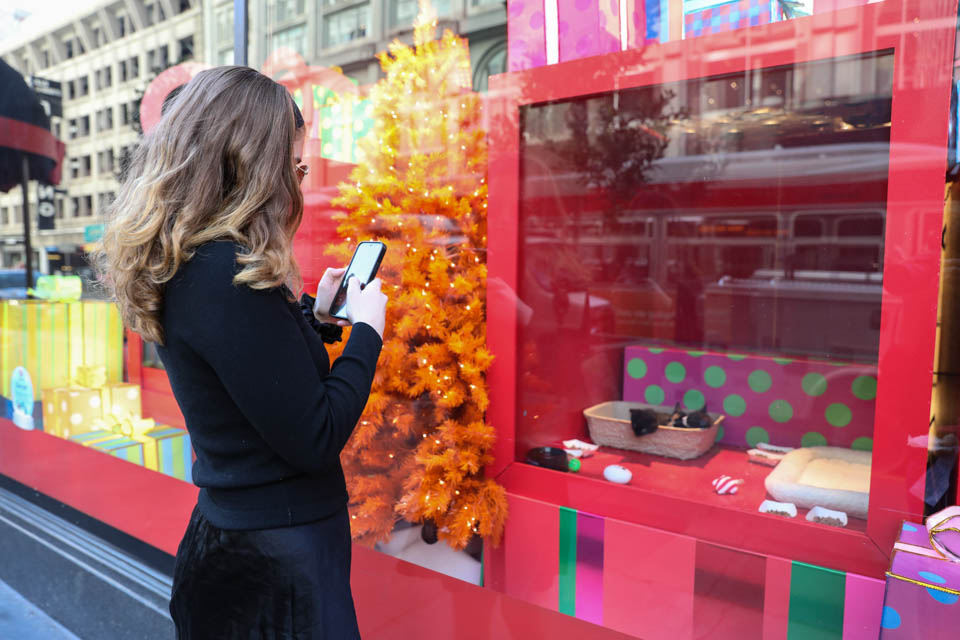 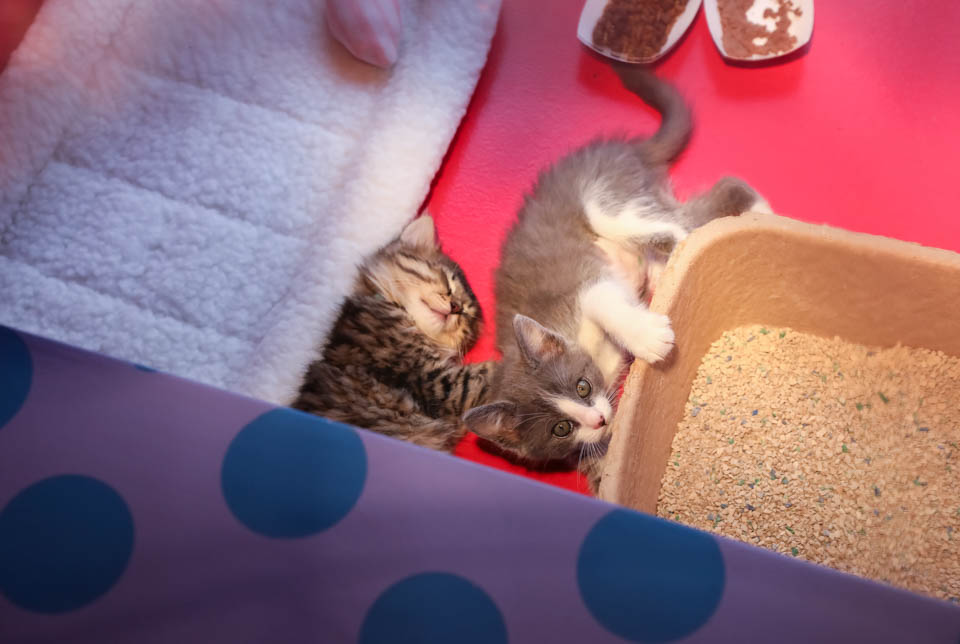 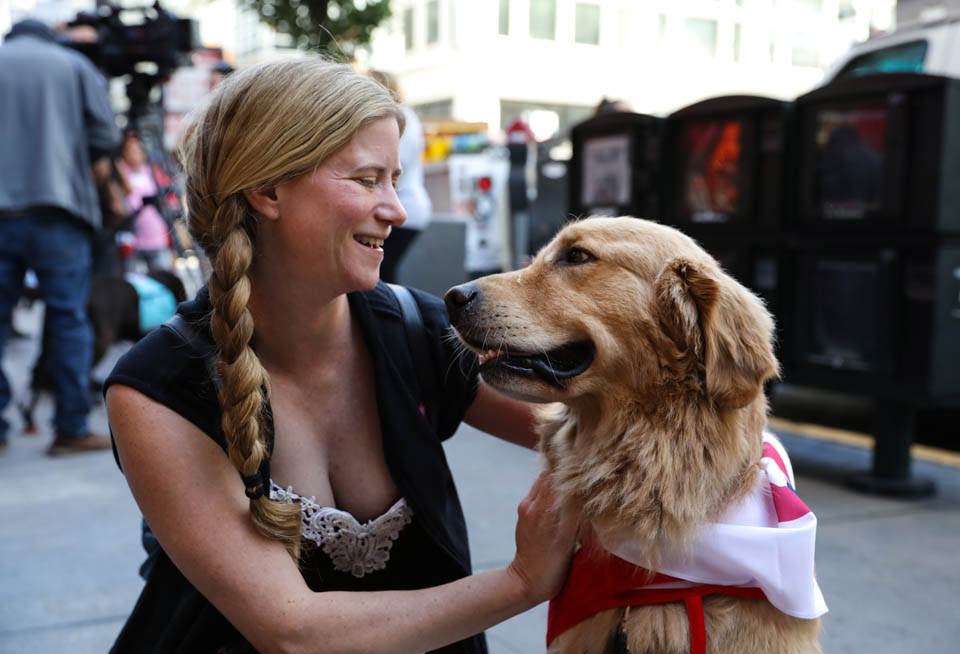 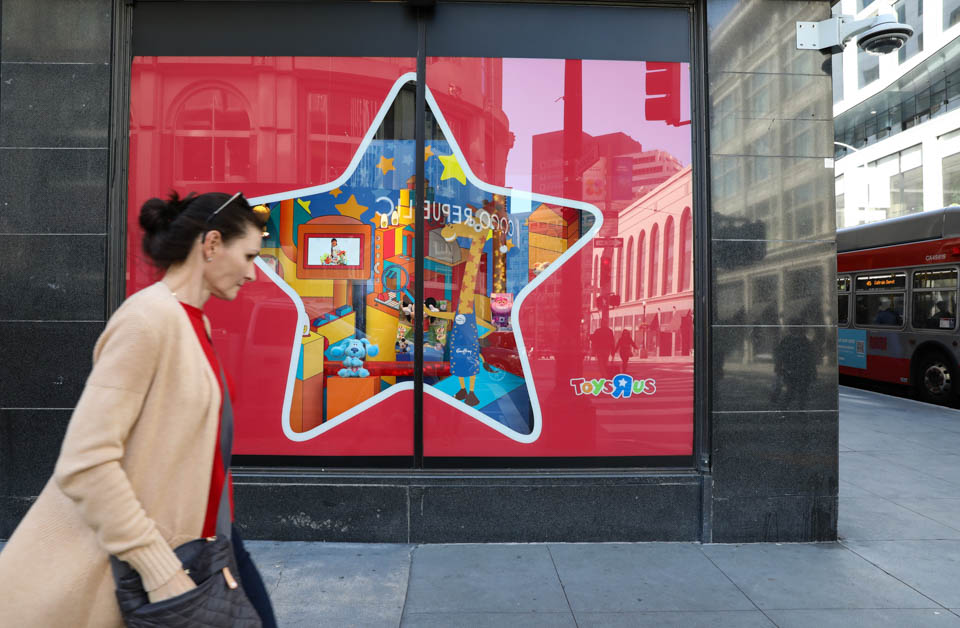 The windows also feature gifts from Toys“R”Us® at Macy’s. 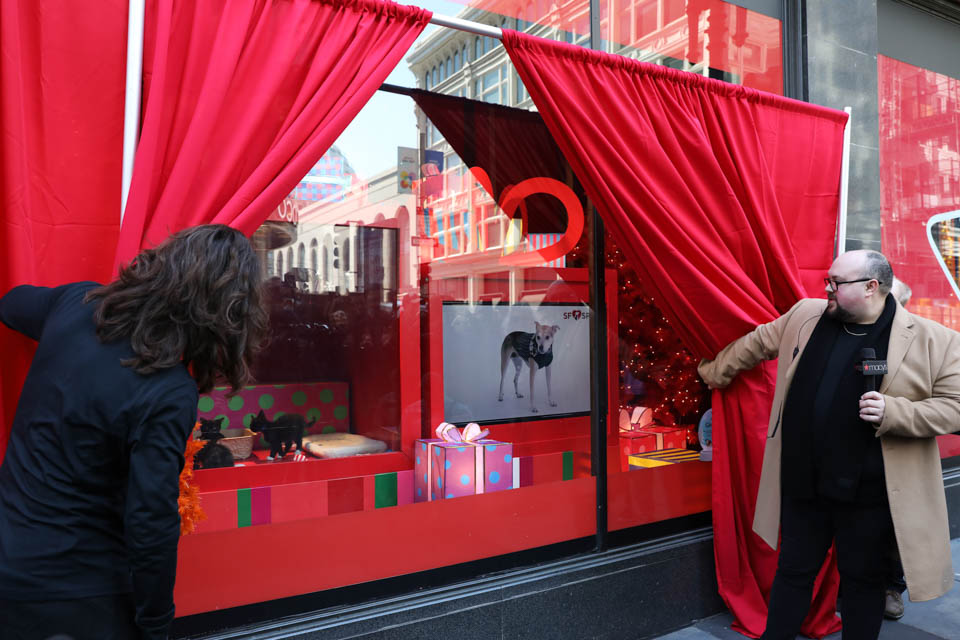 All photos by Cheryl Guerrero