New York City’s Stonewall Inn is now a National Historic Landmark for its role in the 1969 gay rights uprising that we now commemorate every year in annual Pride festivities across the county. But three years before Stonewall, the Compton's Cafeteria Riot right here in San Francisco's Tenderloin District is recognized as an earlier LGBTQ rights uprising, at the former greasy spoon diner that was frequented in the mid-1960s by the city’s trans and queer community. As the story goes, when an SFPD officer tried to arrest a trans woman who’d committed no crime, she threw a cup of coffee in his face, chairs were thrown threw windows, and the riot was on. 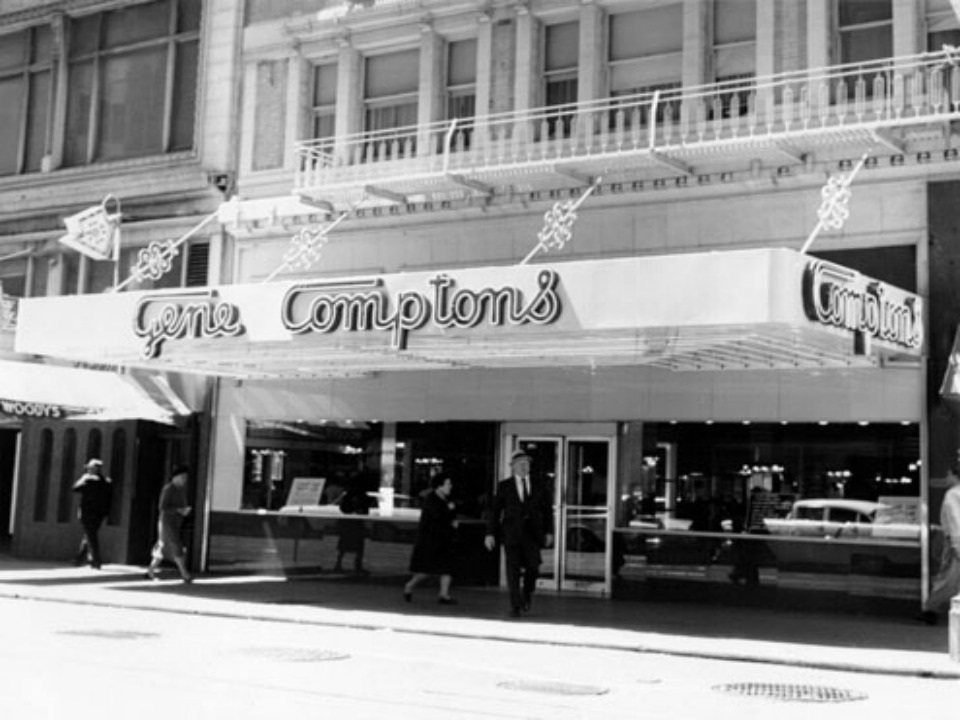 Gene Compton’s Cafeteria was part of a chain of diners, and the location at 101 Taylor Street closed in 1972. It is no longer a restaurant; it’s now a housing complex. But as of Tuesday night, it too is a historic landmark. The San Francisco Board of Supervisors voted unanimously Tuesday night to make the entire corner of Turk and Taylor Streets a historic landmark known as the “Site of the Compton’s Cafeteria Riot.”

According to the landmark designation materials for the site, “it is associated with events that have made a significant contribution to the broad patterns of San Francisco history. Specifically, designation of the Site of the Compton’s Cafeteria Riot is proper given its association with the first large- scale collective direct action on the part of people marginalized by sexuality/gender that resulted in lasting institutional change. By acting collectively, instead of as individuals, members of the community were able to further the cause to enable a greater freedom of gender expression without oppression.”

“At Compton’s Cafeteria, the queer community, in the face of state violence, stood up and said, no more,” the Tenderloin’s district supervisor Dean Preston said in a press release after the vote. “That act of courage and bravery has reverberated over time and generations, and has inspired countless marginalized people, especially in the queer community, to demand respect, equal treatment and self-determination. I am proud that the City will recognize this historic site for generations to come.” 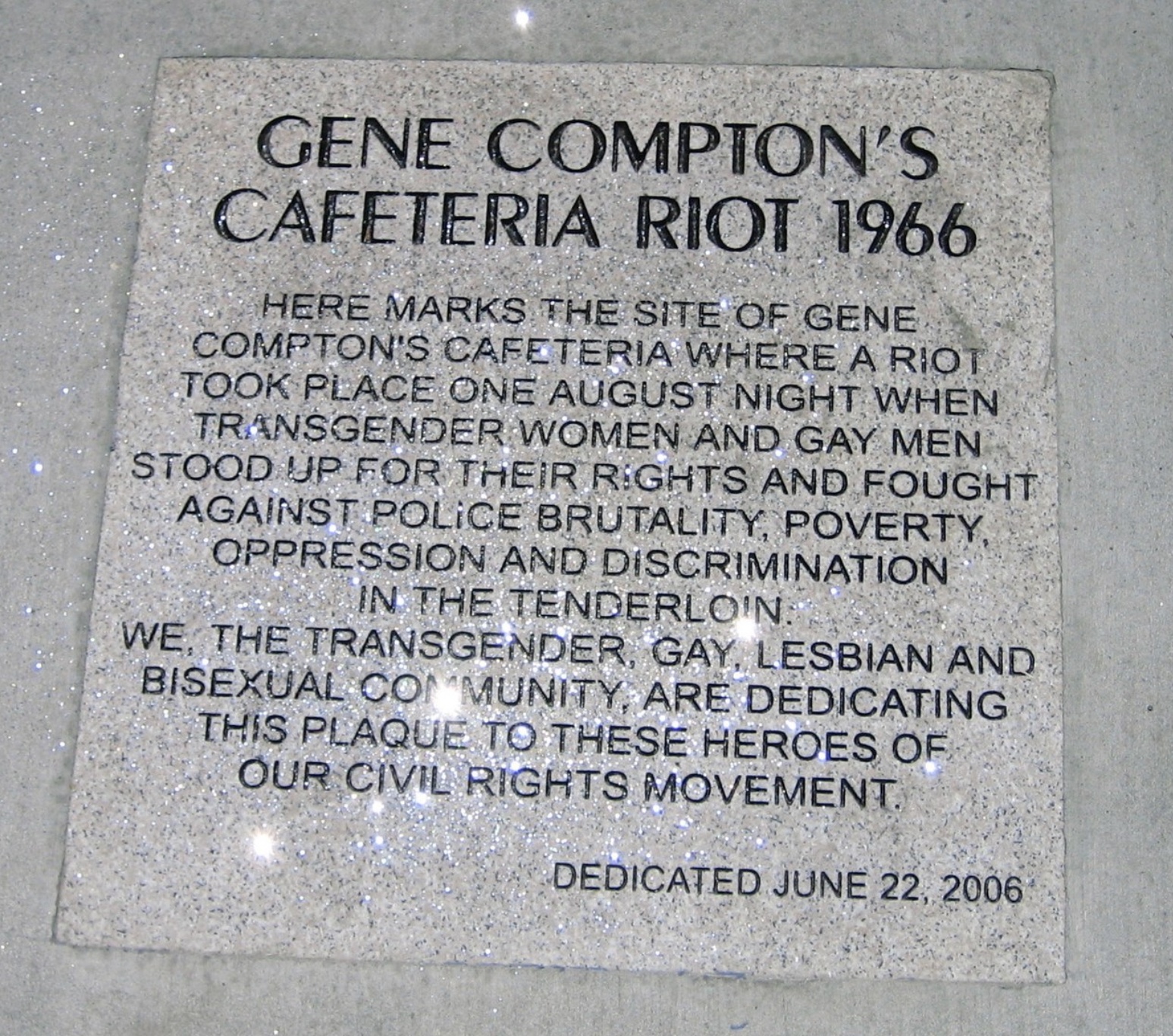 There is already a plaque at the site commemorating the riot, which was placed there in 2006. In 2017, the neighborhood was named the Transgender Cultural District, and the year before, the 100 block of Taylor Street was renamed Compton’s Cafeteria Way. But that was not the name that The Transgender District had originally proposed for the street.

“They wanted it to be Compton's Cafeteria Riot [Way],” Transgender district executive director Aria Sa'id told the Bay Area Reporter in 2020. “But the city did not want to have the word 'riot' in a street sign.”