New Life for An Old Theater

By Ryan Curran White - Published on March 08, 2013.
San FranciscoCivic CenterHayes Valley
On the corner of Van Ness and Hayes, across the street from Louise M. Davies Symphony Hall, stands an enormous ivory building with soaring turrets and elaborate molding. Situated on the edge of Hayes Valley, this building is owned and operated by the San Francisco Unified School District, and it hides one of San Francisco's forgotten 20th century architectural jewels: The Nourse Theatre (formerly known as the Nourse Auditorium). 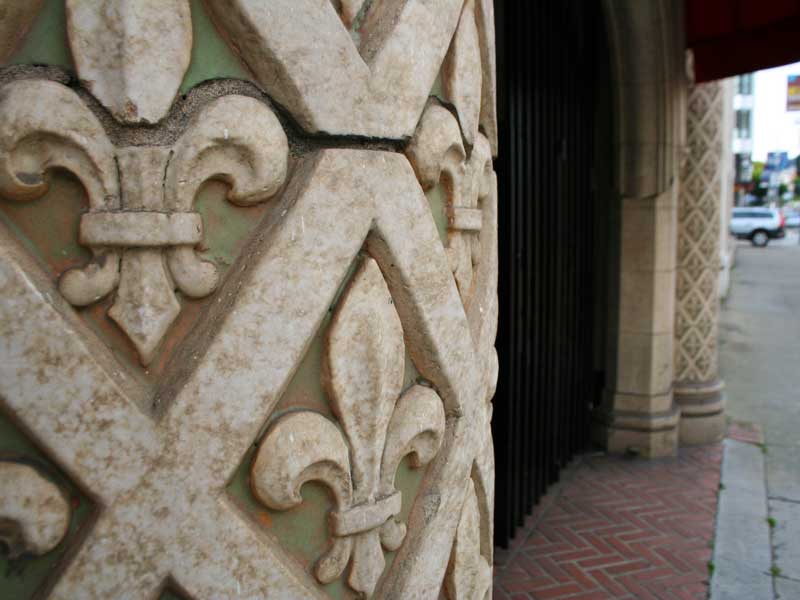 Until recently, the Nourse was all but a distant memory, and had been used as a storage facility for the school district. But years of neglect couldn't keep the grand auditorium from rising again.
City Arts & Lectures Finds Its New Home
When the Herbst Theatre announced it was closing for a seismic retrofit and renovation starting on May 1st until August 2015, City Arts & Lectures (CAL) began its search for a new space to house their onstage conversations. They didn't have to look very long. "The Nourse was our first and only choice [for a replacement theater]," Sydney Goldstein, Founding Executive Director of CAL, told us. "I had been watching the place for years." So, after striking a deal with the school district, Sydney started fundraising to give the hall a modest $1.2 million facelift. The budget included new carpet, seats and paint. "We're doing this [renovation] for about 1.2 million dollars, and we're doing everything quite beautifully, but it's more Havana, Cuba, than a symphony hall," Sydney explained.
A Brief History of the Nourse 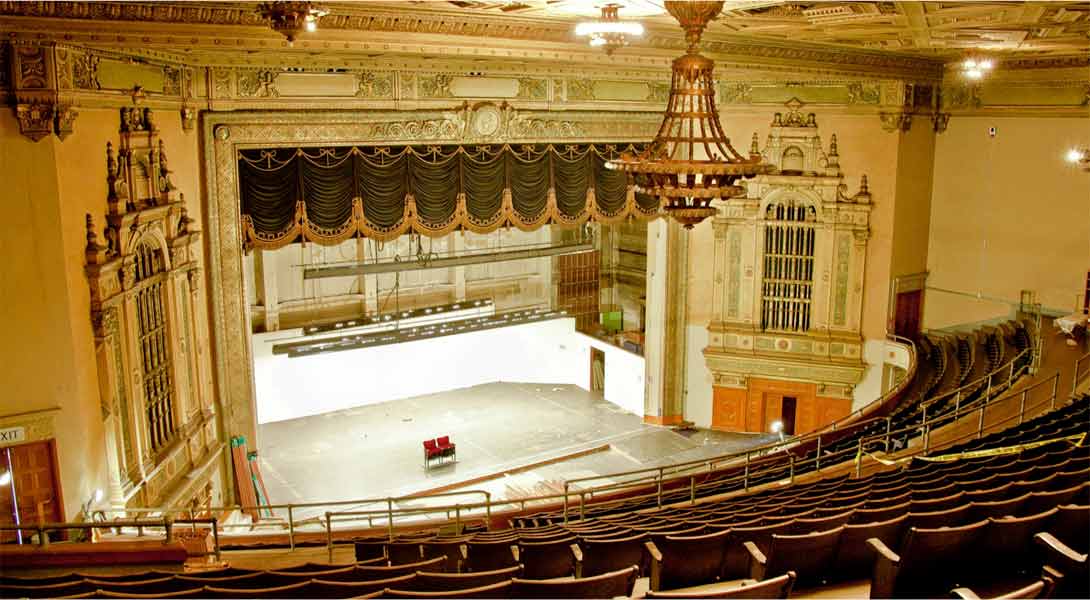 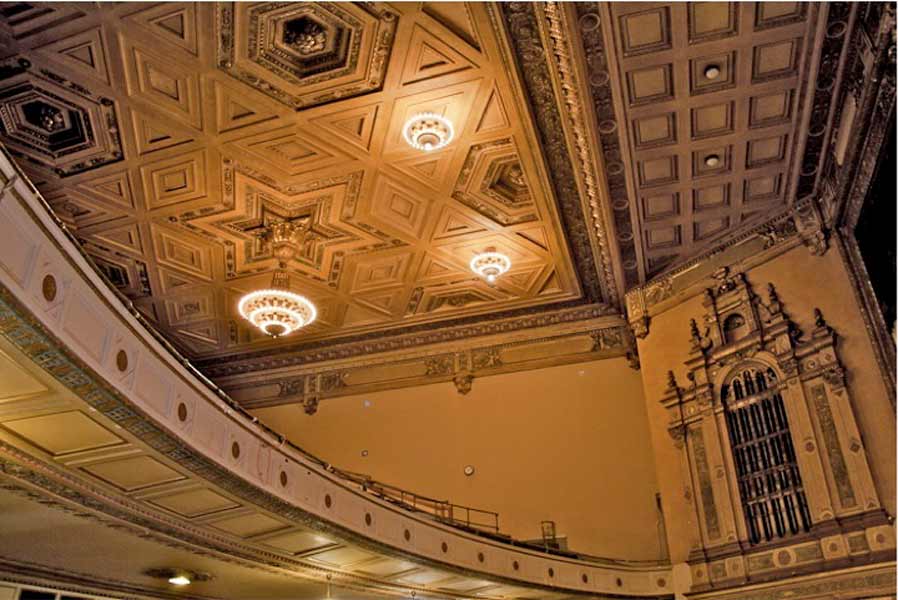 City Arts & Lectures
The Nourse's history is as rich as its grandiose architecture. The space was originally built in 1927 as an auditorium for Commerce High School (an oddly majestic setting to stage boring speeches by principals, if you ask us). The school eventually closed in 1952 due to a waning population of students in the area, but the Nourse managed to live on as a top cultural destination for performing arts organizations. Among the performers it accommodated in its yesteryear were American folk singer Pete Seeger and poet Allen Ginsberg. "I'm also pretty sure Jim Morrison played here, too," Sydney recalled. 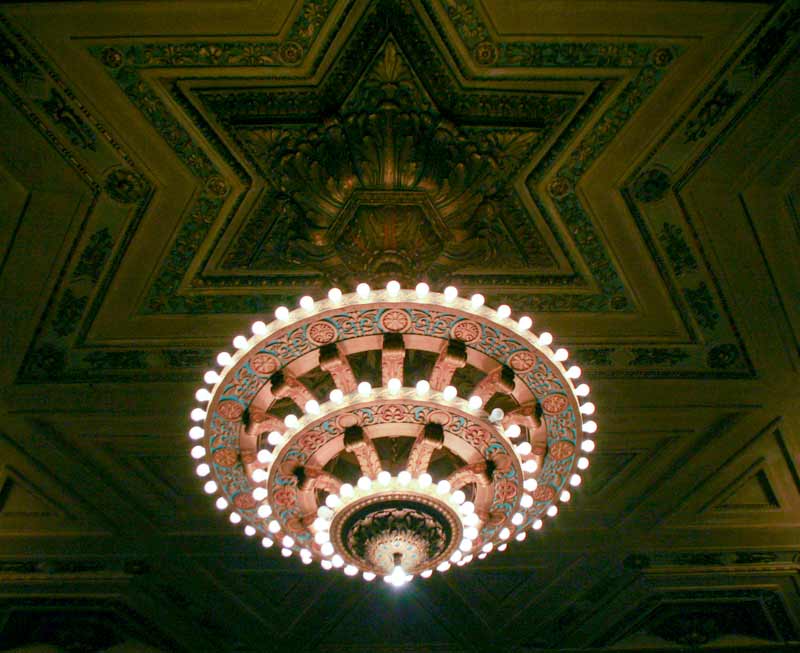 The Nourse acted as a performing arts space until the 1980s, when San Francisco Superior Court Judge Ira Brown sought a suitable venue for the epic court battle between the nation's leading asbestos producers and their insurers. At the time, a trial of its size was unprecedented -- one of the biggest in U.S. history. Judge Brown presided over a field of more than 100 lawyers sitting at 26 tables. To accomodate the trial, the seating of the orchestra pit needed to be removed, and replaced with a wood floor. The trial lasted two years, and after its conclusion in 1987, the theater became a storage facility.
Restoring the Nourse to its Former Glory 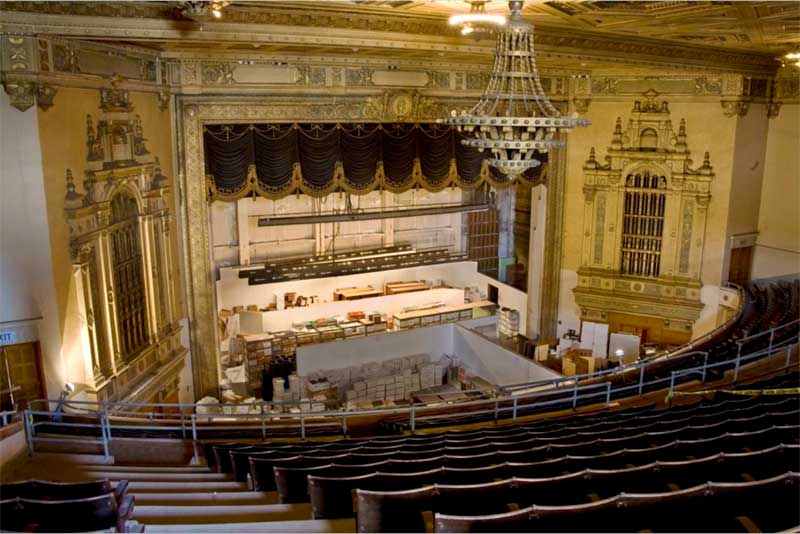 City Arts & Lectures
Over the years, the stage and orchestra pit were filled with a sea of boxes and desks for the district, so clearing out those areas was the first task for Sydney and her team. "It's been a storage bin for the last twenty-something odd years," Sydney said. 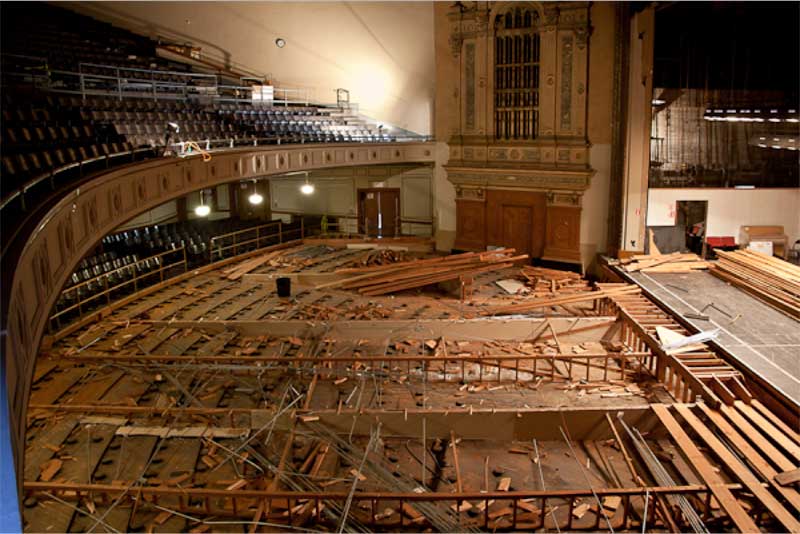 City Arts & Lectures
Originally, the venue had 1,800 wooden (and quite uncomfortable-looking) seats, but the capacity will be reduced to 1,650 when they finish installing the new, comfier seating. All in all, the Nourse actually has more seating than the Herbst (916 seats). 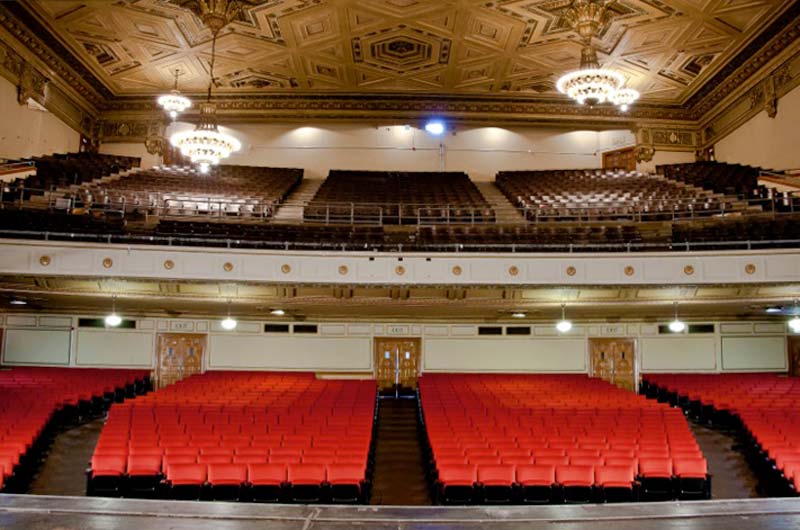 City Arts & Lectures
"There are 818 seats in the orchestra," Sydney told us. "The current loge section of four rows are presently about 225 wooden seats and will be 210 new upholstered seats, just like the orchestra, before we formally open on May 1st." Seating isn't the only upgrade the Nourse has required; the acoustics also needed a wee bit of retuning. "It's a very large hall made for music, and we're not music presenters. Music presenters will be using the space, but we have to cut down on the resonance for the speaking voice." To further help amplify CAL's spoken word performances, the Berkeley-based Meyer Sound Laboratories Inc. donated a new state of the art sound system.
The Future of Nourse 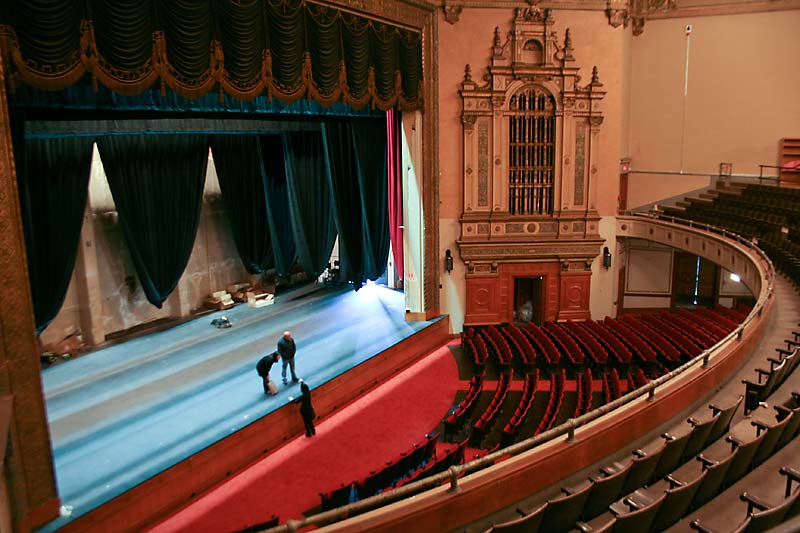 CAL won't be the only ones harnessing the power of this powerhouse sound system. The Nourse will also serve as a venue for the San Francisco Gay Men's Chorus, and will host auditions for the San Francisco Symphony. "[Renovating the theater] means creating a larger-than-Herbst space for a lot of different groups to use, and it means being somewhat of a landlord," Sydney explained. "It also means an event space for City Arts & Lectures to move to without even a pause when the Herbst closes." What happens when the Herbst reopens in 2015? Sydney told us that she won't be ready to give up on the Nourse yet. "We will probably use both [the Herbst and the Nourse]. We've been in the Herbst for 32 years, so I'm pretty attached to it," she joked. Sydney is still excited to break in the new space. CAL has some great acts lined up to kick off their inaugural season at the Nourse, including conversations with Fran Lebowitz, E.O. Wilson and Gloria Steinem. For a complete list of events visit CAL's website.
San FranciscoCivic CenterHayes Valley
Oct 22, 2021