Market employee Alex Valencia revealed that the murals come from the imagination of local street artist Mel Waters. You might recognize Mel's work from the mural that used to be in front of Nabila's, or from his homage to departed SF muralist Pico Sanchez. Unfortunately, Mel's work is becoming scarcer because it’s getting painted over. "Some [paintings] stay, some don't. That's just how it is," he mentioned. 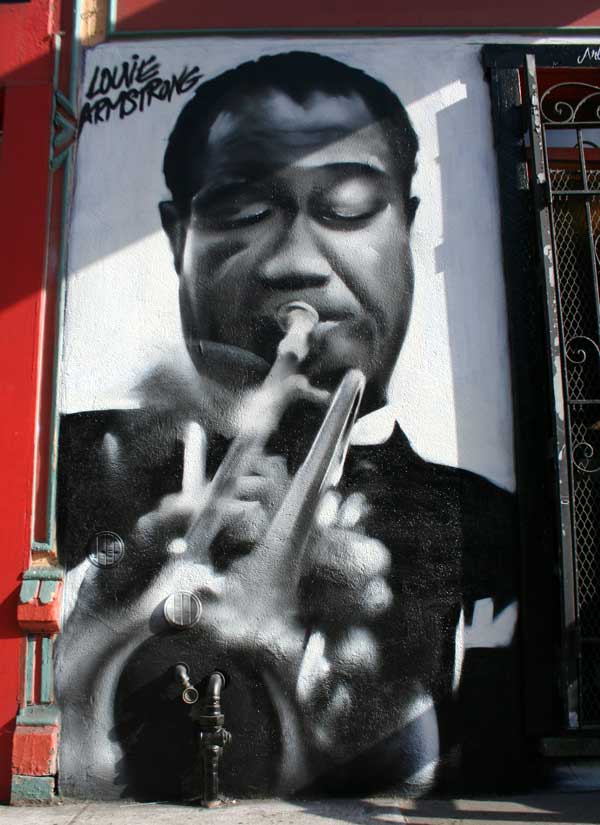 Mel’s portraits are usually of someone he admires. “Yeah, I was just thinking about painting [Louis Armstrong],” Mel said. “I had seen some photographs of him that i wanted to paint a long time ago. I guess this time, it was just perfect for me.” He and Nabila owner Ray Yousef share their affinity for jazz legends--Ray personally requested Nina Simone for the mural on the right. 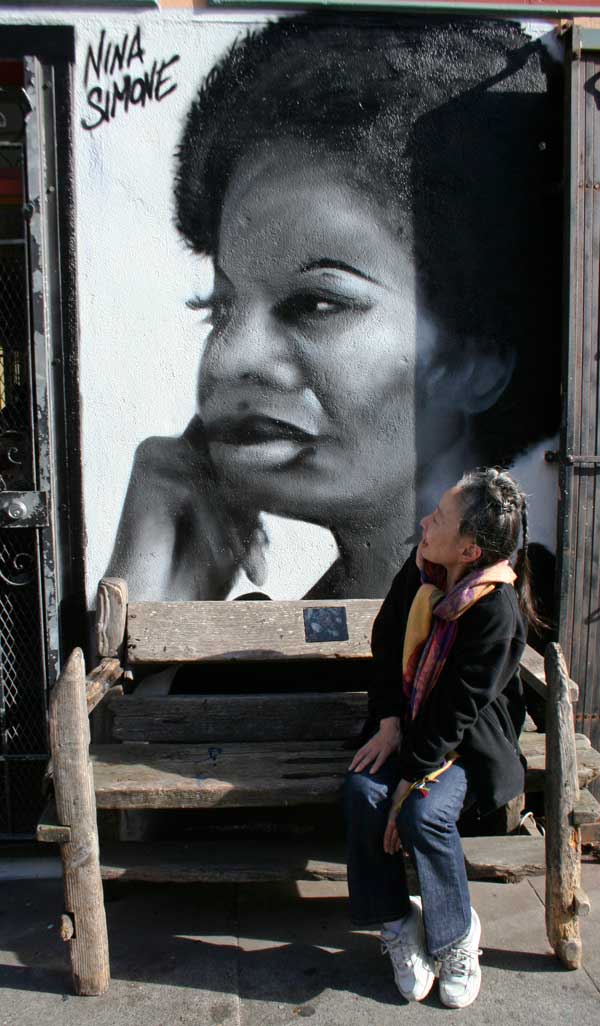 It turns out that Mel and Ray have known each other for some time. Not only has Mel painted the same mural space outside of the market, but he’s also designed some cover art for Ray’s record label. "The owner of Nabila and I have been friends for a very long time with him and his family," Mel said. "He used to own a health food store on Fillmore and Haight, so that’s where we met." Paintings aren’t Mel's only forte -- he's also been a practicing tattoo artist for the last three years at Dean's Tattoo Headquarters (391 Ashton). 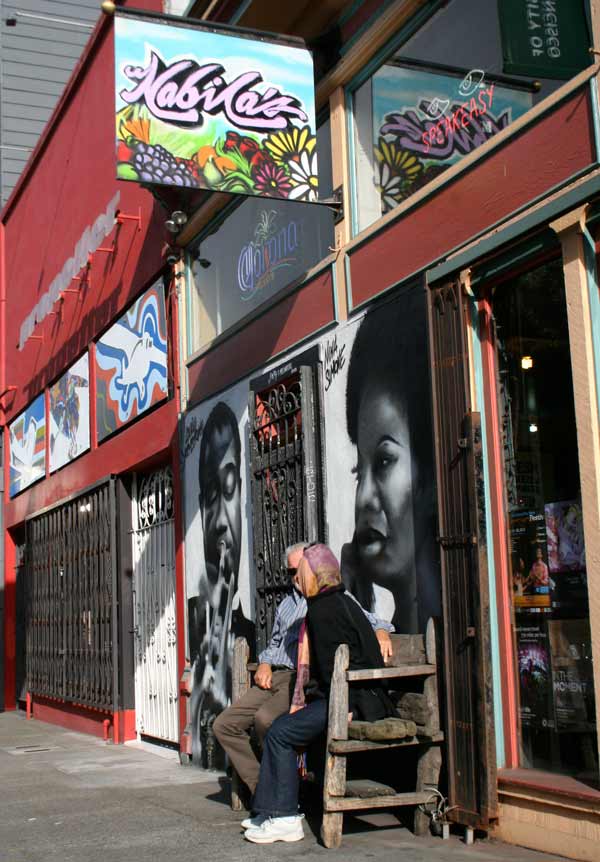 Mel’s newest portraits join a growing gallery of street art in Hayes Valley. It seems residents are enjoying the additions. Mel mentioned it took him nearly 7 hours to paint both murals, including interruptions from passersby. "Everyone that passed by was really appreciative of it; they seemed to be enjoying the whole process," Mel said. Is it safe to say that we, as a community, want more street art? Tell us in the comment section below.
San FranciscoHayes Valley
Sep 26, 2022