By Hayeswire - Published on December 11, 2013.
San FranciscoHayes Valley
A number of flyers have been posted in Hayes Valley in recent days decrying a soulless San Francisco.

The flyers are posted on both sides of Hayes between Octavia and Gough, in the area near Patricia's Green. Some show milk cartons (pictured above), with a graphic of the San Francisco skyline and the text:

MISSING HAVE YOU SEEN MY SOUL? (missing since 2002) If you have any information that may lead to the recovery of San Francisco, or it's [sic] soul please call Anthony Bennett at 1-8♥♥-ART-LESS

Tony Bennett appears in another flyer, with the caption "I left... San Francisco" -- an obvious play on his famous song, "I Left My Heart In San Francisco": 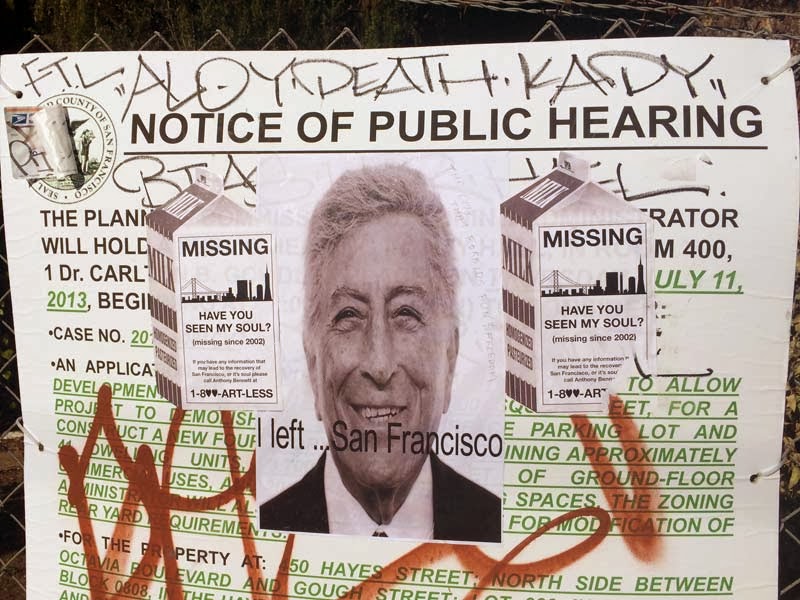 The most provocative flyers are posted near Aether Apparel, and feature former Mayors Gavin Newsom and Willie Brown on wanted posters. Newsom and Brown are wanted "FOR THE MURDER OF SAN FRANCISCO," the flyers proclaim, and wear buttons reading "I ♥ Dan White" and "Banana Republican," respectively. (Dan White is the former San Francisco Supervisor who murdered Harvey Milk and George Moscone in 1978.) 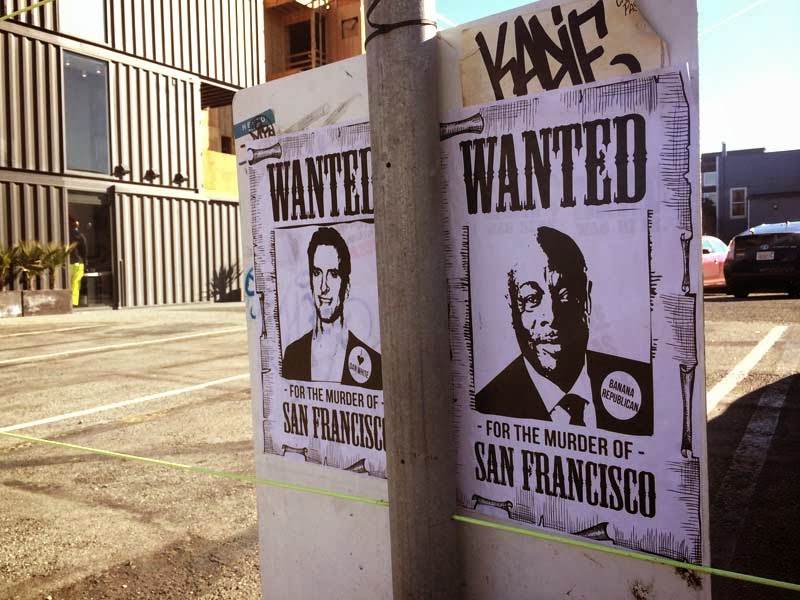 It appears as though this campaign isn't limited to Hayes Valley. Uptown Almanac spotted a couple of the Bennett signs posted outside of Zeitgeist on Valencia Street this week as well. There's no indication of who's behind the flyers. Their message, however, is pretty clear.
San FranciscoHayes Valley
About 2 hours ago