Craigslist
By Hayeswire - Published on December 23, 2013.
San FranciscoHayes ValleyLower HaightAlamo Square
An Italian immersion school with 130 students will be opening a new campus on Fell Street next year.

La Scuola is an Italian immersion school for children in kindergarten through 8th grade. It was founded in 2002 as a home-based playgroup with the initial goal of helping the founders' children learn Italian, but eventually grew into a program requiring its own space. In 2010, La Scuola opened a campus on 20th Street in the Dogpatch, and 2 years later expanded from a preschool program to K-8. Now it's prepping to open its second campus at 735 Fell Street, between Webster and Fillmore. 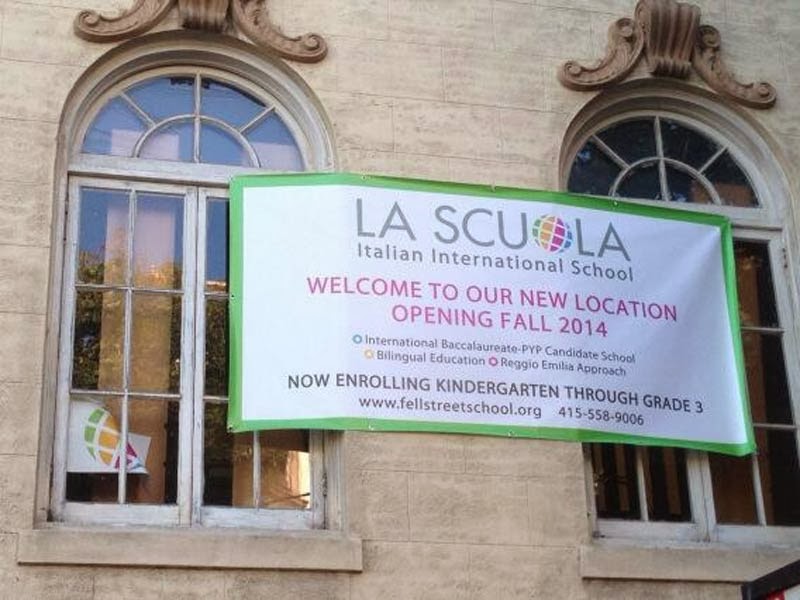 Twitter/Mauro Battocchi
The 3-story property at 735 Fell was formerly home to the Megan Furth Academy, and sat vacant for about 2 years before La Scuola scooped it up. When it was listed last year, it was described as having 10 classrooms, three offices, and a 9000 square foot playground, and was being offered for $30,000 a month. La Scuola will be hosting an open house on January 14th at its Dogpatch campus and is currently enrolling students for the 2014-2015 academic year. For more info, visit fellstreetschool.org.
San FranciscoHayes ValleyLower HaightAlamo Square
About 2 hours ago