The shop, located at 260 Divisadero Street (between Page and Haight), opened its doors on December 4th, and we decided to stop by to see what it's all about. We sat down and spoke with co-owner Cedric Han about all things ‘vape-pen’. It's astonishing how far down the rabbit hole you can go with these things. Truth be told, we're no strangers to the android relatives of the cigarette, but this shop seems to cater to an entire vapor culture we knew nothing about. Along with Cedric, the shop is owned by Jaehee Lee and Jackie Shen. In fact, Jackie's sister runs a shop by the same name down in Los Angeles. Cedric has invested sweat equity into the venture and, in so doing, has become a full convert to the e-cig. A former pack-a-day smoker, Cedric got turned onto the product by tasting all the samples, and told us that he has successfully quit smoking regular cigarettes as a result. This, of course, is the main draw to e-cigs in the first place. Although long-term health effects are unknown -- and only little is known about immediate consequences -- the general consensus is that smoking these things is at least a little better than actually lighting up your Cowboy Killers throughout the day. But hey, that's coming from the guy selling the things themselves. 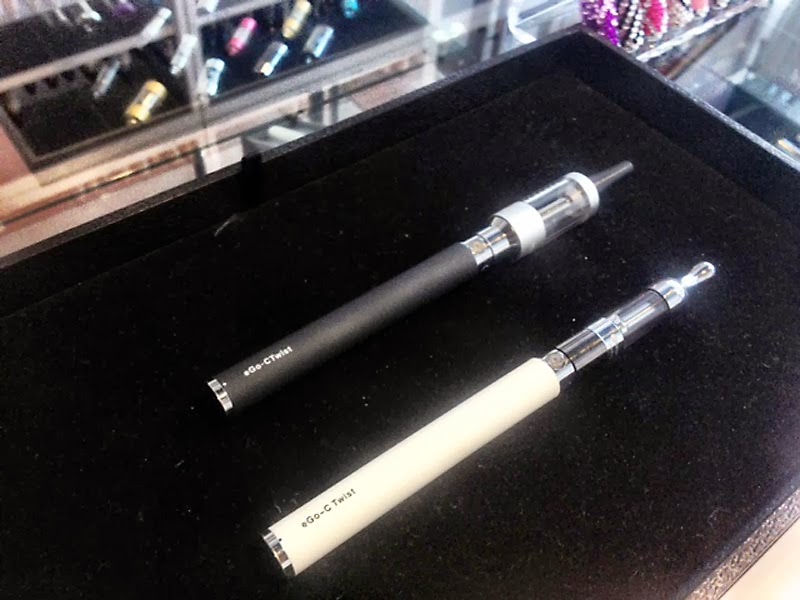 If you're interested, the shop can set you up with one of two options. First, you’ve got your basic package (pictured above). For about 65 bucks, you can walk out of there with a battery, a tank to fill with "e-juice," a charger, and a bottle of the juice itself, which comes in a ridiculously wide variety of flavors containing varying amounts of nicotine. However, if this all seems a bit too blasé for your tastes, Cedric can set you up with one of these suckers: 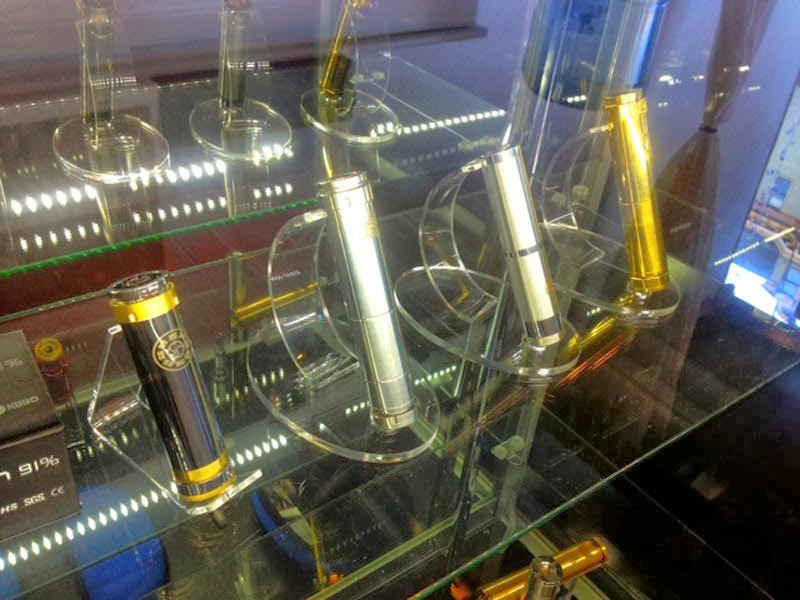 They're called "Mechanical Mods," and they really cater more to people who are crazy into this strange and rapidly-emerging culture. These guys can run you anywhere from $150 to $350, and can be modified to increase or decrease the amount of vapor released. This is done by manipulating the wick-and-coil mechanism that actually turns the liquid into vapor. Cedric likened it to someone who has been fishing for a while and wants to get into tying his own flies. (We found this to be an interesting metaphor, since it's highly doubtful that e-cigarettes have effectively nudged out chewing tobacco as the preferred method of nicotine intake amongst your average fishermen.) 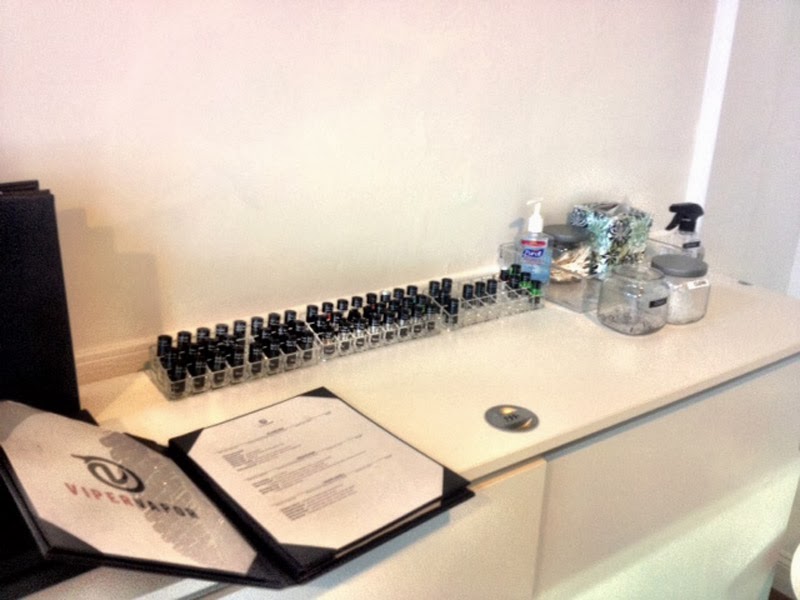 Once shown the variety of options for purchase, one can retire to the tasting bar, where customers can sample a large menu of flavors to vaporize. All the samples are nicotine-free, since some folks use e-cigs to wean themselves off of the nicotine craving entirely. We tried a couple, and they all basically delivered the flavor they said they would. For example, “Half & Half” tasted like an Arnold Palmer, and the unfortunately named “Nocturnal Banana” tasted like banana bread. Other names included "Swagger" and "Bettie White." Given the variety of names for the flavors, we think it's pretty clear that this is still a very new technology, and nobody was really manning the ship when it came to nomenclature. Adolescent scratch-'n'-sniff monikers aside, the whole experience was pretty interesting, and Cedric was more than helpful and very informative when it came to all things "vape." If you're a user of e-cigs, or just curious, pop over and pay these guys a visit. Viper Vapor is open Monday through Saturday from 11am to 9pm, and Sunday from noon to 8pm, at 260 Divisadero.
San FranciscoDivisaderoLower Haight
May 20, 2022