Alamo Square To Be Closed For Bay To Breakers

Photo: Andrew Dudley / Hoodline
By Andrew Dudley - Published on May 13, 2014.
San FranciscoLower HaightAlamo Square
In a departure from past years, the southern portion of Alamo Square will be closed during this Sunday's Bay To Breakers race.
According to Alamo Square Neighborhood Association President Gus Hernandez, the closure was requested by the SFPD and the city's Recreation and Parks Department.  A fence will be installed around the park on Friday and will come down on Monday, but will only be locked on the day of the race.
Signs posted around the border of the park announce the impending closure: 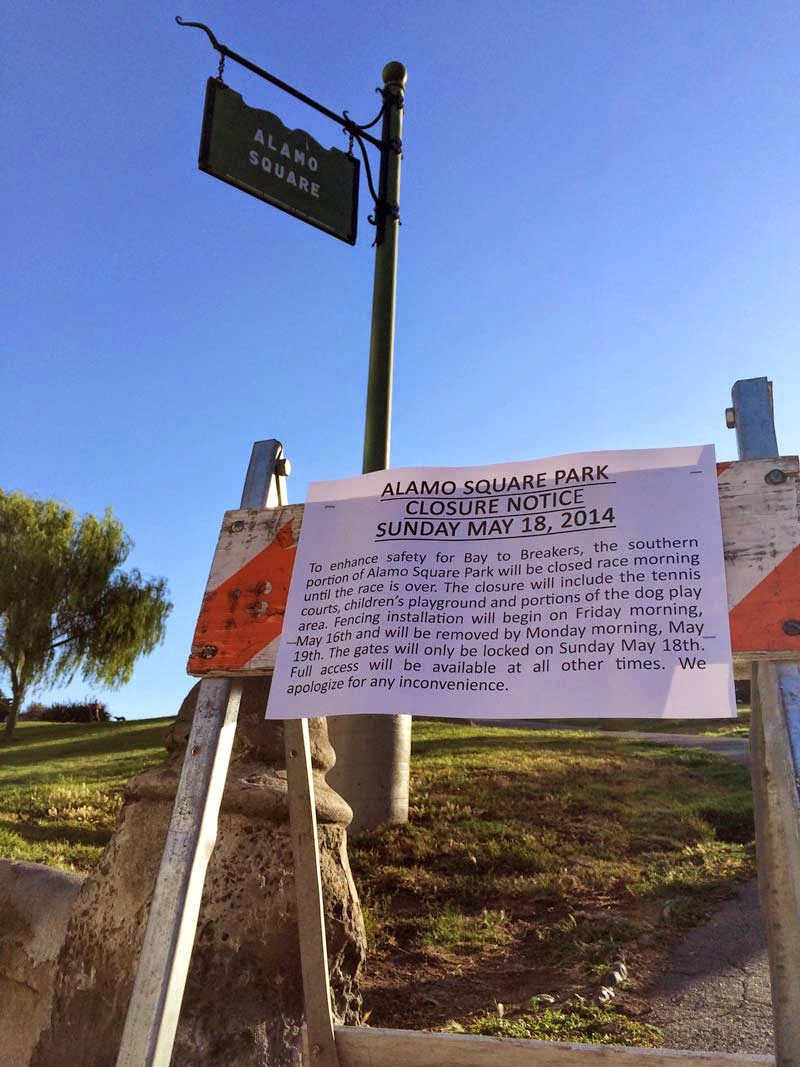 This morning we asked SFPD's Park Station to explain the rationale behind the closure, and police referred us to Supervisor London Breed's office. We haven't heard back yet as of 10am, but will update accordingly if we get more details.
Due to its location at the crest of the Hayes Street hill, Alamo Square has served as a natural stopping point for weary runners (and walkers, and stumblers) in past races.  With the park closed, there's no telling where those folks will head instead.  Will they spill down the hill into surrounding neighborhoods?  Will they continue racing westward to the Panhandle and beyond?  Will they peacefully disband and head home?  Or some other possibility we dare not imagine?
We'll all find out on Sunday...
San FranciscoLower HaightAlamo Square
About 19 hours ago