A New Taste Of Brazil For Hayes Valley

Photo: Sim Blakeney/Hoodline
By Sim Blakeney - Published on June 12, 2014.
San FranciscoHayes Valley
If you’ve recently walked past the corner of Franklin and Lily, you may have noticed a few changes.
The former home of Canto do Brasil has been taken over by Minas Brazilian Restaurant & Cachaçaria, whose owners have moved in and completely revamped the space. And it is not just a paint job that's giving the place a fresh look: step inside and it becomes clear that there’s a new Brazilian player in town.
We dropped in to Minas this week to get the lowdown on the newly opened restaurant and bar, and were fortunate to bump into one of the new owners, Marcia Santano Orlando. Marcia, together with her husband and sister, makes up the team behind the new venture.
She explained that while the restaurant remains Brazilian, that's where the similarities end. There is no connection with the previous owners of Canto do Brasil.
In addition to the remodeling, which includes new decor and new furnishings, Minas will be introducing a completely fresh menu featuring a different style of Brazilian food. The menu is still being finalized, with some more changes to be incorporated in the next few weeks, but for now, you can get a taste of the current offerings here.
The refitting is currently a work in progress. Along with further embellishments to the interior design, this week sees the installation of 2 additional TVs (bringing the total to 3) which will come in handy to show the upcoming World Cup games. 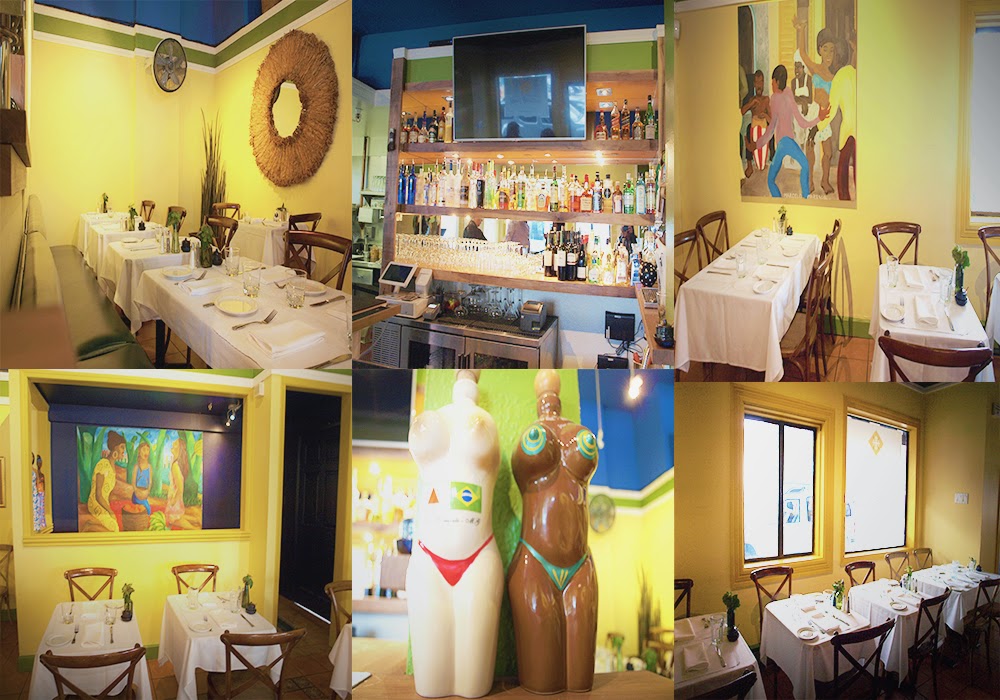 Although the renovations are not complete and the final menu is yet to be revealed, Minas Brazilian Restaurant & Cachaçaria is very much open for business.
They serve lunch from 11am–3pm (Tuesday to Friday) and dinner from 5:30pm–10pm (Tuesday to Saturday). In addition, they have a daily happy hour (5pm-7pm on weekdays) when they offer caipirinhas and other select drinks for $6, wines for $5, beers for $4 and appetizers for $6.
The first World Cup game also promises to be a big one at Minas, with Brazil taking on Croatia today at 1pm. 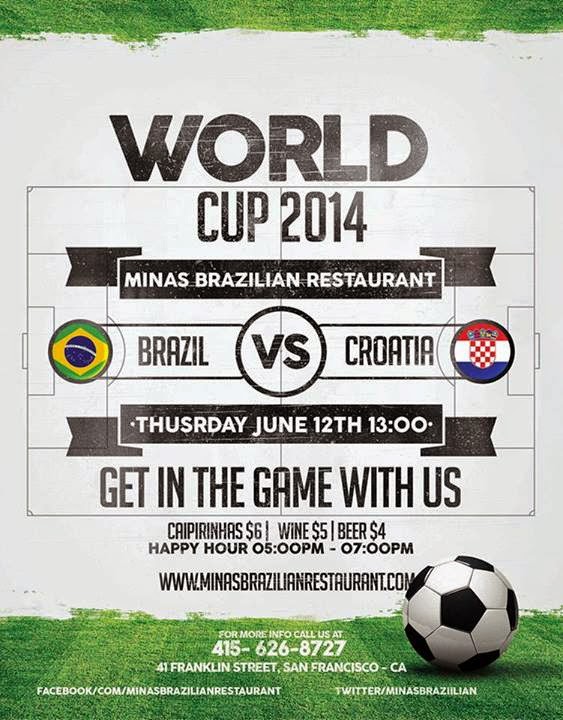 Marcia also told us that depending on how things progress, and how well Brazil does in the tournament, they are considering having a live batucada band.
The official grand opening of the restaurant hasn't been announced, but according to Marcia, there potentially might be some live bossa nova when it happens.
We'll keep you updated on Minas’s progress. If you are in the area, think about popping in for a drink. Maybe we’ll catch you there for a soccer match and a caipirinha.
San FranciscoHayes Valley
About 2 hours ago