Can You Identify These Lower Haighters?

Photo: Andrew Dudley / Hoodline
By Andrew Dudley - Published on June 15, 2014.
San FranciscoLower Haight
You've probably walked by this mural countless times, but have you really looked at it closely? Romanowski's creation, which adorns the wall next to the former Vapor Room entrance on the 600 block of Haight, features dozens of familiar faces from the neighborhood. 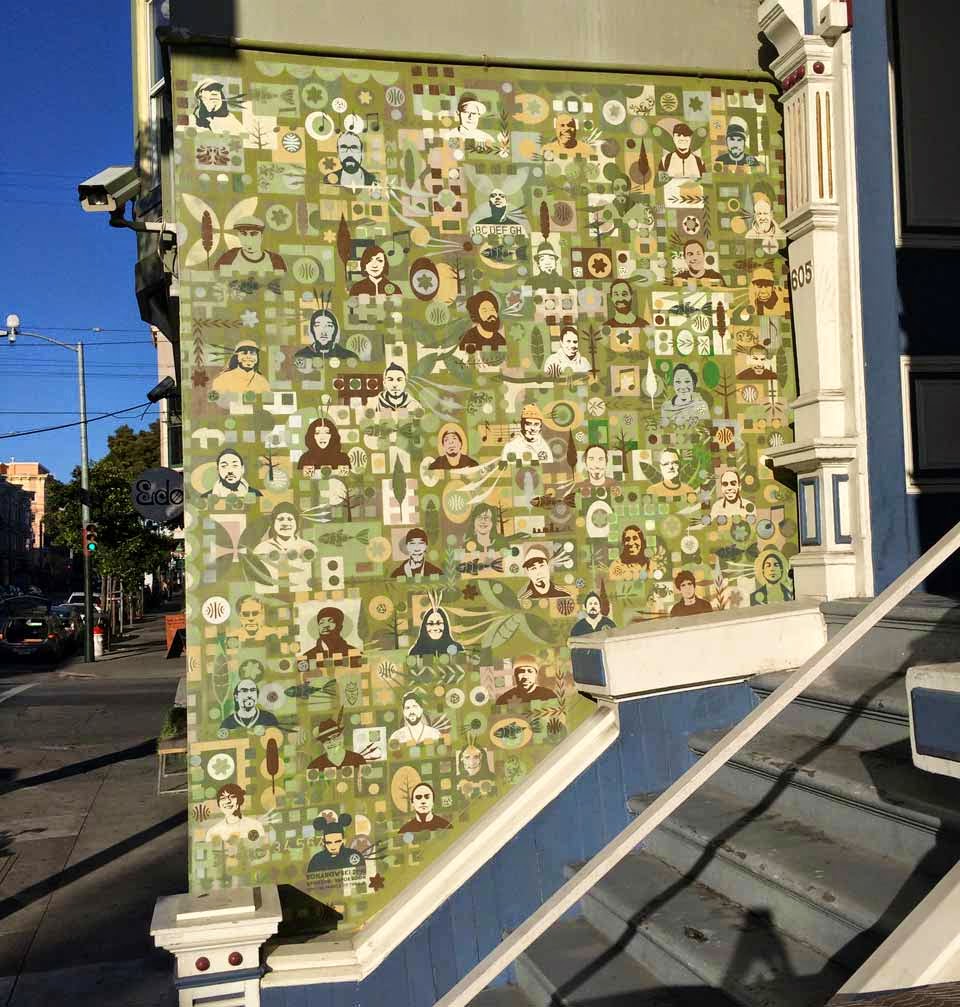 "I chose the people that I used to see the most in our hood," Romanowski tells us.  "Homeless, merchants, mail men, workers and neighbors. I first took photos of them and then hand-cut the 50 or so stencils. This was a big project and took a few months."
Romanowski says he could probably name about 90% of the people featured in the mural.  How about you?
For your Sunday entertainment, see how many of these local characters you can identify.  Here are a couple of close-ups to help you out:

San FranciscoLower Haight
About 12 hours ago