Photo: Jared Schwartz/Hoodline
By Jared Schwartz - Published on June 20, 2014.
San FranciscoHayes Valley
We've got some sweet news to get you excited about the weekend. Papabubble, the Barcelona-based candy shop, is now officially open for business at 488 Fell Street.
Last June, we reported that Papabubble was coming to town and taking over the former sewing shop near the corner of Fell and Laguna. After a year of securing permits and building out the space, the candy shop is now open and serving up homemade and customized sweets.
First opened in Spain (sorry about the World Cup) and later expanded across Europe, Papabubble has three stores in the United States, located in New York City, Los Angeles, and now here in San Francisco.
Meet Dean Hseih. He's the owner of the store. This is him working on a huge batch of cherry-flavored candy that gets molded into thin, licorice-sized rolls and then cut into tiny pieces. 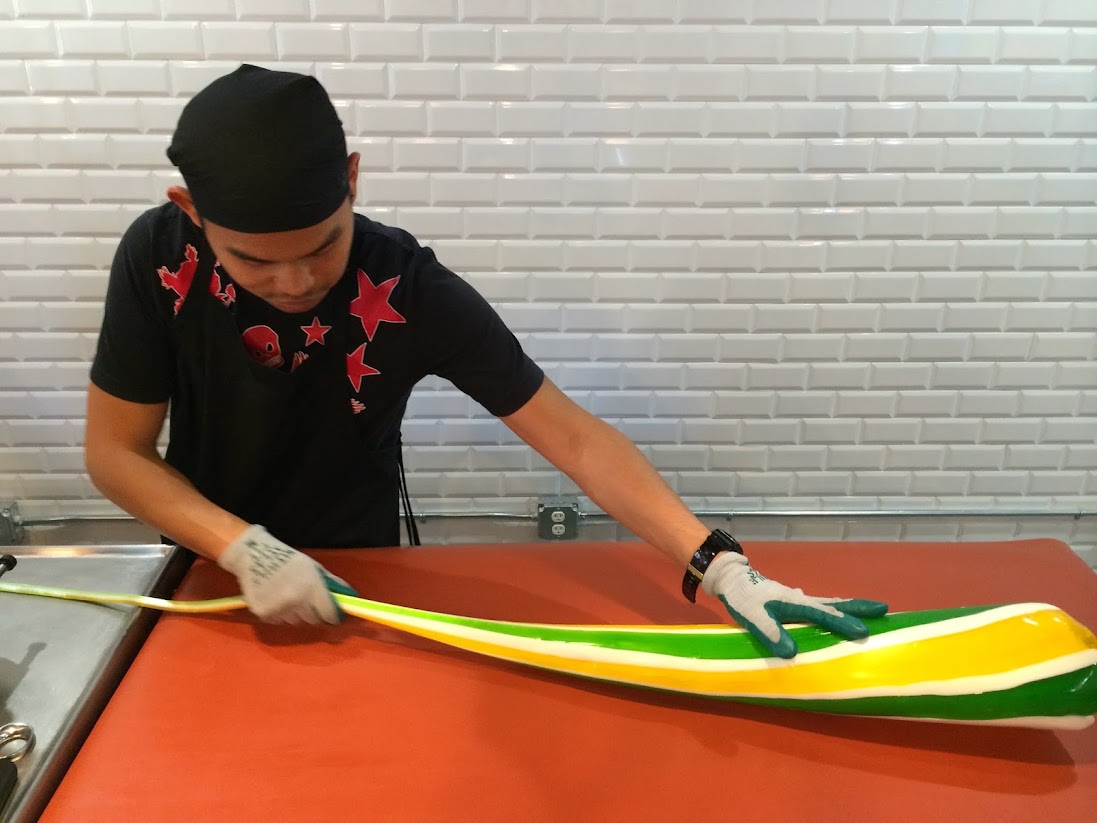 Before moving to San Francisco to open this branch, Dean was living in Taipei.
"I was working in Taipei for two years before coming here," he explained. "I have a friend who lives here. I like the people here, California is really nice. Lots of art and design. People move here to do something they want... and that's what I'm doing."
Dean was familiar with the Papabubble brand before deciding to bring it to San Francisco. He walked all over town to figure out where to open his store, and finally decided Hayes Valley was a great fit for the new shop. 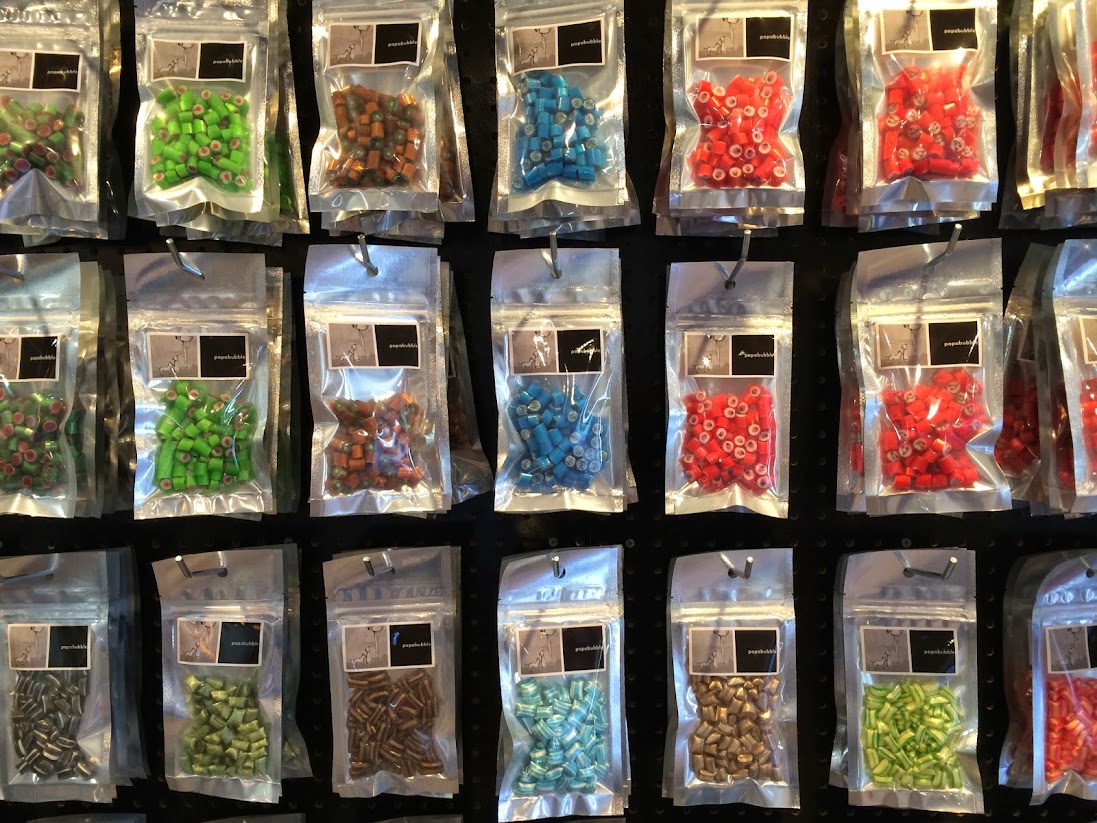 Jennie Jing is Dean's business partner and has been helping out in the store since they first opened their doors this past Sunday. She shared some information on the different types of candies the store carries and what you can customize yourself.
"We have lots of fruit flavors, but we can also customize flavors for your events. We'll do birthdays, weddings, anything really. We can change the color, flavor, or even put your logo on it."
While there are many standard flavors like cherry, grape, and butterscotch available, Papabubble has some unusual ones as well, including root beer, lime chili and salt, and sparkling wine.
Below is an example of what the candy looks like up close. Each kind has a specific design to signify its flavor. 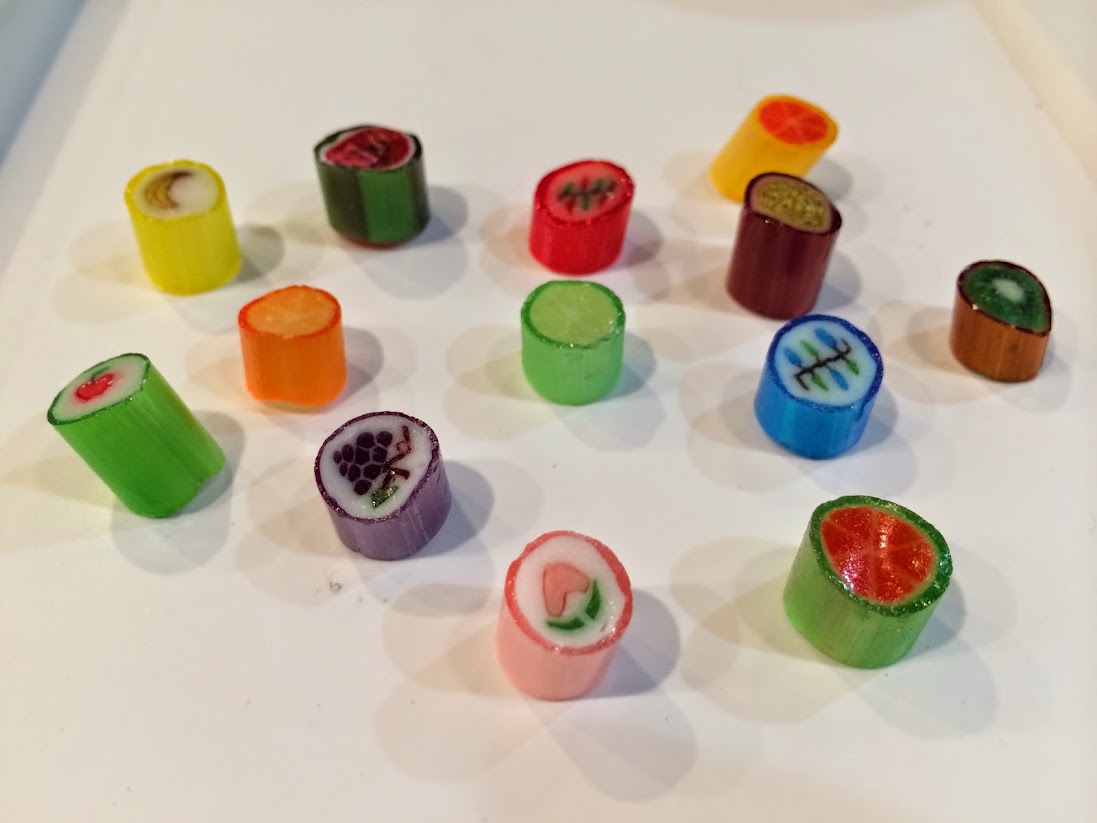 Even though this week is their soft opening, several people have already stopped by to check out the store.
"Lots of people have heard of the brand from New York, so they've come by to see the store and grab candy," Jennie told us.
Along with the bite-sized sweets that come in different sized jars and bags, they also make lollipops and ring pops.
The store is currently open seven days a week from 11am-7pm until their grand opening, which is slated for Pride Weekend (June 28-29). To get in the spirit of the upcoming weekend, they've created a very special lollipop: 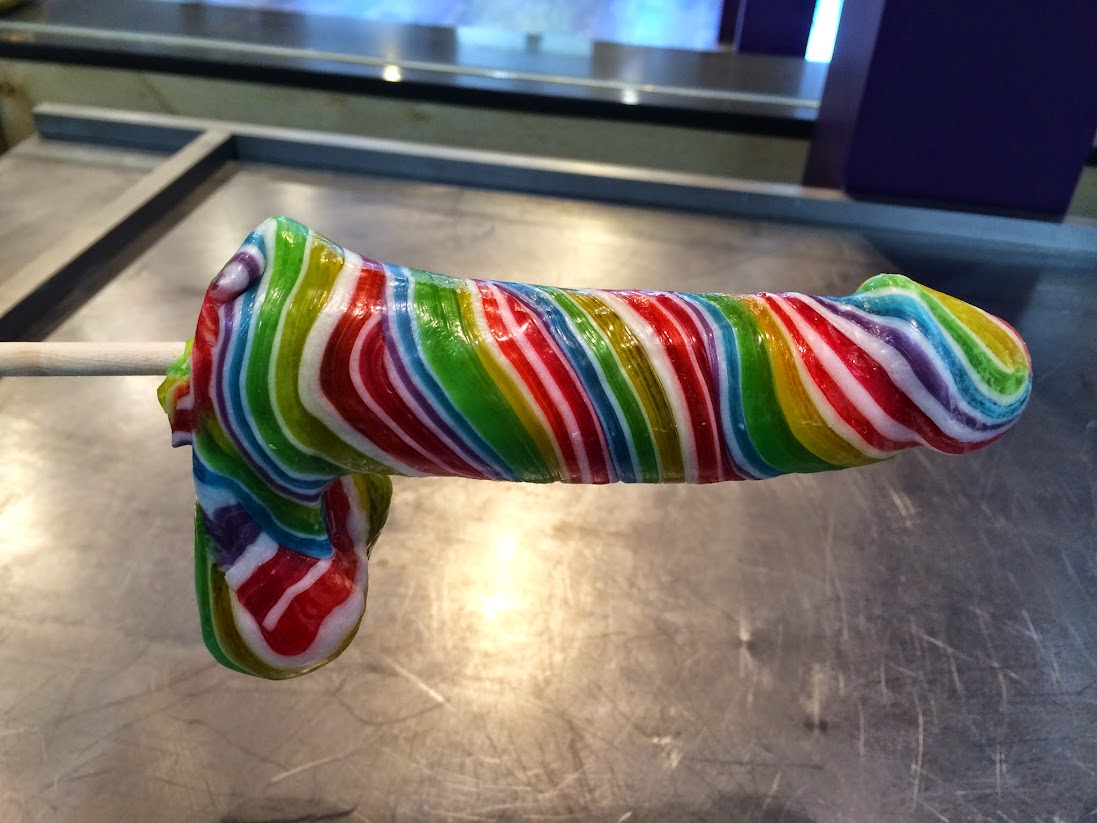 If you're interested in getting a hold of the specialty lollipop, or any of their other candies, swing by Papabubble and check them out soon.
San FranciscoHayes Valley
About 2 hours ago