Magnolia Thunderpussy And The Many Lives Of 1398 Haight Street

Photo: Camden Avery/Hoodline
By Camden Avery - Published on June 10, 2014.
San FranciscoUpper Haight
Magnolia Gastropub and Brewery, also known as 1398 Haight Street, isn't just the neighborhood's best and only brewpub (and, full disclosure, a Hoodline advertiser). It's also a spot with an especially storied past.
Originally built in 1903, the space has changed surprisingly little over the intervening 111 years. We consulted with Magnolia's owner and local history buff Dave McLean about the many lives of Magnolia (Thunderpussy).
The building was originally erected in 1903, where it stood as a grocery store. In 1925, the shop was called Cloverleaf Market, but in the late 1920s it was converted into a Shumate's pharmacy. This is what a Shumate's pharmacy looked like (the photo below, courtesy the SFPL photo archive, was the Taraval Shumate's): 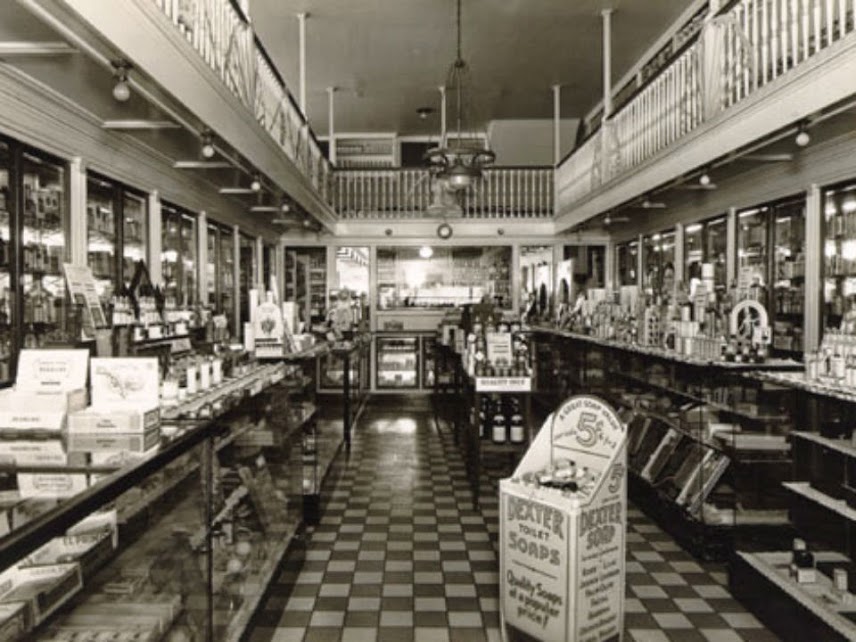 This incarnation is where the current Magnolia's tile floor and most of the woodwork came from, McLean told us, including the drawers behind the bar. Shumate's occupied the location until it closed in 1964.
After that, it became the Drugstore Cafe, which quickly became the Drogstore Cafe when the California pharmacy board objected to the name "Drugstore Cafe."
It was in this incarnation that the location appeared (briefly!) in the singularly bizarre 1968 Richard Rush cult movie "Psych-Out", a feature-length film about the Haight starring Jack Nicholson as Stoney, a pothead who befriends a deaf runaway in the Haight. 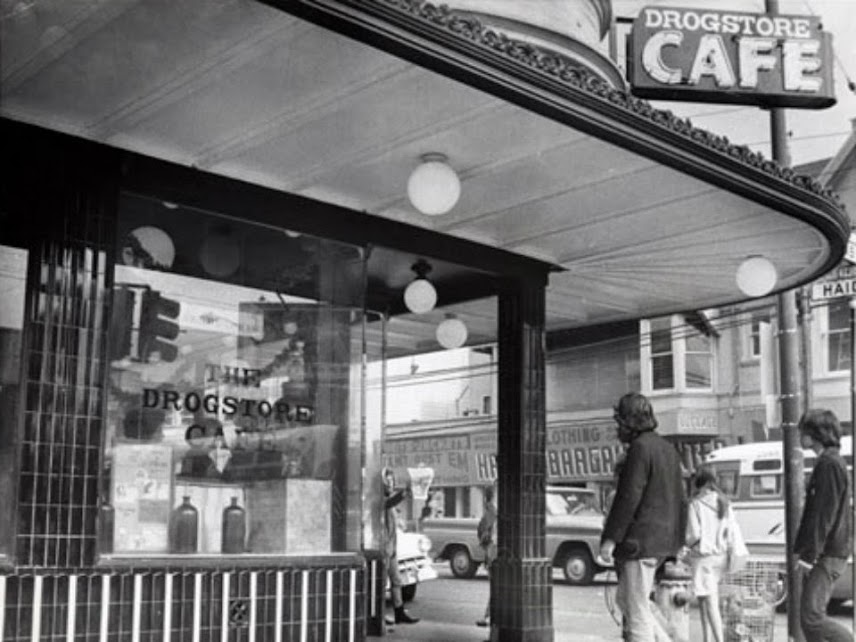 After the Drogstore (photo above courtesy SFPL photo archive), 1398 was home to a business run by the legendary Magnolia Thunderpussy, a San Francisco native and burlesque queen who was something of a cross between a den mother to San Francisco weirdos and a proto-Bette Midler.
Thunderpussy operated two San Francisco restaurants. The one at 1398 Haight, to quote Wikipedia,

Throughout the 1970s, the building was home to the Psalms Cafe, which McLean called "a hippie holdout in a changing neighborhood." After a brief Tex-Mex incarnation as the Yellow Rose in the late 1970s, it became Dish, a restaurant, known for its Sunday brunch, which lasted until 1996.
It was in 1996 that Dave McLean took the space over, leaving the restaurant largely intact and overhauling the basement by digging out extra headspace to brew beer on-site.
Though McLean has transferred much of his brewing operation to the newly opened Magnolia Dogpatch, Magnolia's Haight Street presence continues to hold strong. So the next time you grab a pint, think of your elders and raise a glass (and a wink) to Magnolia Thunderpussy.
Do you have memories (or photos) of the building's past lives? Let us know in the comments.
San FranciscoUpper Haight
About 6 hours ago