Photos: Sim Blakeney / Hoodline
By Sim Blakeney - Published on August 25, 2014.
San FranciscoHayes Valley
Back in June, we reported on proposed changes to San Francisco's formula retail regulations. A month later, those changes were approved by the city's Planning Commission.
As the legislation works its way toward the Mayor's desk, we pause to take a look at the way things work now, what's being changed, and how it might affect Hayes Valley.
How the law works today
Under the current rules, any company which..
(i) operates 11 or more retail locations in the U.S., and those stores...
(ii) ...maintain two or more of the following features: a standardize array of merchandise, a standardized façade, a standardized décor and color scheme, a uniform apparel, standardized signage, a trademark or a service mark
...is required to apply to the Planning Commission for Conditional Use Authorization in order to open a store in certain districts of San Francisco. That means additional community outreach and public hearings are required before such a store could receive approval to open.
The rules are even stricter in Hayes Valley. Since 2004, there has been a complete ban on formula retail in the "Hayes-Gough Neighborhood Commercial Transit District," which is defined as the area "west of Franklin Street and east of Laguna Street, with its southern edge generally at Lily Street, with an extension south along both sides of Octavia Boulevard to Market Street."
New regulations
The new rules, assuming they pass the final few regulatory hurdles and are signed into law by the Mayor, would mean that a store will only be required to apply for Conditional Use Authorization when it has 19 or more locations with two or more standardized features. The location of those stores, however, would no longer be restricted to the U.S., but could be anywhere in the world.
These changes were inspired, in part, by last year's kerfuffle over Swedish-owned apparel brand GANT's desire to open a store at 552 Hayes. Though GANT operates dozens of stores around the world, fewer than 11 of those are located in the United States. As such, it was able to bypass the formula retail restrictions and open its store without additional approval from the Planning Commission.
Though the new rules would account for cases like this, they would potentially allow chains with fewer than 19 locations worldwide to set up shop in Hayes Valley. As a result, several Hayes Valley business owners have been working together with the office of Supervisor London Breed to implement further changes to the City’s formula retail controls.
The result is a proposal to modify the definition of formula retail specifically in the Hayes-Gough Neighborhood Commercial Transit District to mean retail stores with 11 or more establishments anywhere in the world, as well as establishments where 50 percent or more of stock, shares, etc. are owned by a formula retail use store. This proposed ordinance is currently pending before the Board of Supervisors.
The summary of the proposal states:
"The purpose of the legislation is to protect Hayes Valley’s vibrant and expanding small business sector, and maintain its supportive environment for new small business innovations." 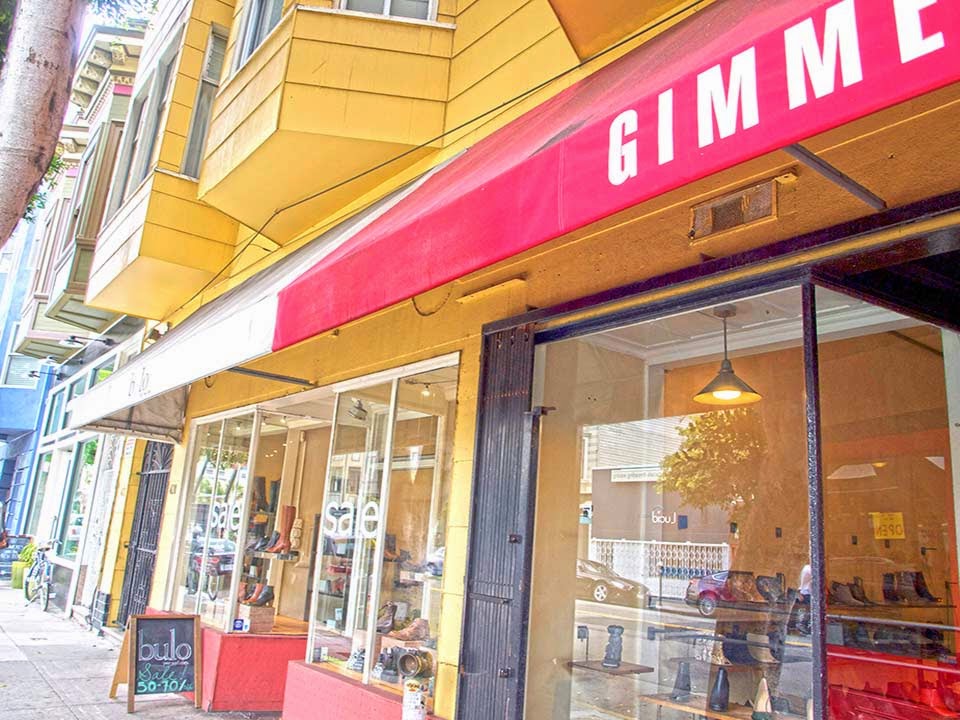 We spoke with a few long-time Hayes Valley business owners and residents to find out their thoughts on the proposed changes.
Russell Pritchard of Zonal:

"There are two things at play. Firstly, we are trying to maintain the integrity of a neighborhood, which was built on sole owner businesses. This is what attracts people to Hayes Valley. As that starts to erode, with chain stores, people start to wonder what is so unique about this area. Then, it is a matter of economics, because of the buying power. Once a business has over 11 stores, its pockets are so much deeper. They can easily outbid those looking to open their first or second store."

Aaron Hulme of Suppenküche and Biergarten:

"Everyone is looking at Hayes Valley. It is that kind of place where you can open flagship stores. Where you either make it or your don’t. In that way, it’s a stage: a very harsh environment where you are asked to bare your soul... There are a lot of people that bled and cried to create this place. The obvious evolution is for others to come and eat what they can. So we need the Formula Retail bans, particularly when you have mega-behemoth corporations that are not run by human beings, which will of course head to a place like this. That kind of blind, mindless capitalism has the potential to destroy a lot of cities and neighborhoods."

"I hate [Formula Retail]. I hate seeing my neighborhood turning into a mall...The character of the neighborhood just goes. There are plenty of those stores. It would be great if Hayes Valley could maintain its unique vibe... Obviously things change and you can't keep it all the same, but it is a challenge for us who have been here a long time."