Photos: Sim Blakeney/Hoodline
By Sim Blakeney - Published on August 12, 2014.
San FranciscoHayes Valley
Tucked into a corner of the Days Inn on Grove Street, rarely mentioned and oft bypassed, Double Decker has remained a bit of an enigma despite six years in Hayes Valley.
From the outside, it's easy to see why people walk on by or hesitate before stepping inside. The restaurant blends into one side of the Days Inn, and its unique two-story shape may throw potential customers for a loop.
It's not immediately obvious that there is a second floor to the restaurant, since to get up to the top level requires you to leave the main entrance and climb up stairs that appear to lead into the motel. And, with only a few tables tucked into the smaller space downstairs, it may be that seeing no tables available in that area, people move on. 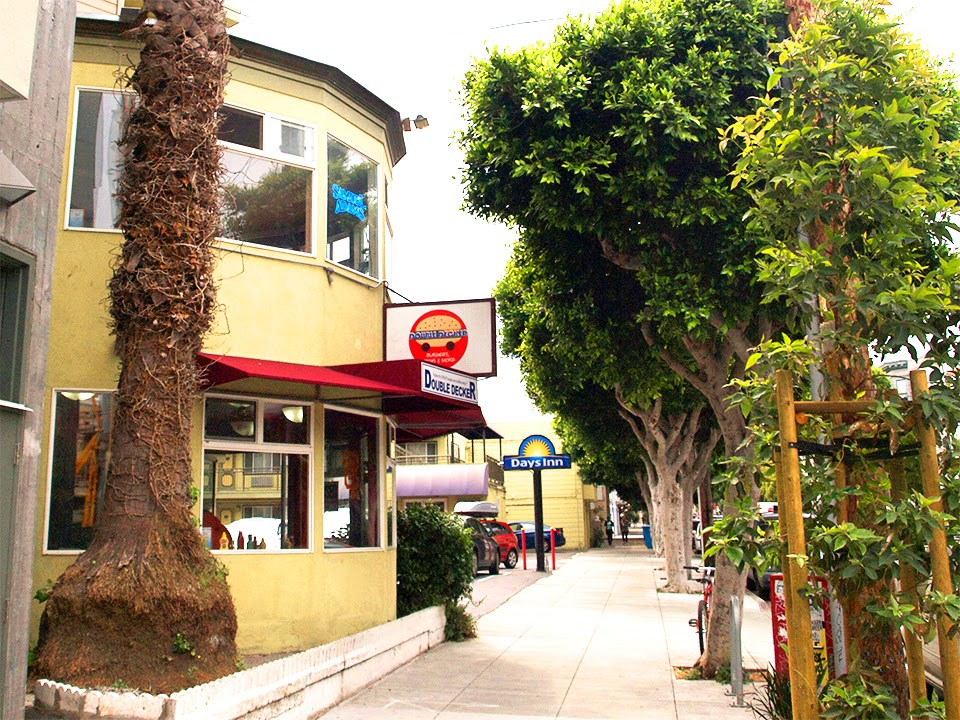 Yet both Double Decker's burgers and wings have been featured in various “Best of SF” lists (including “SF's 10 Best Under-The-Radar Burgers” and “The 8 Best Wings in SF”), and there appears to be a steady group of fierce Double Decker devotees.
Clearly, it was high time to find out more about this unique spot.
We caught up with Double Decker owner John Situ. A resident of San Francisco for over twenty years, John first had the idea of opening a burger restaurant back when he was in high school and worked in a similar type of establishment.
As soon as he had the capital and the opportunity, John began looking for a place to start his business. The spot on Grove Street became available, and John liked the area, the space, and the price, so he moved in. That was six and a half years ago.
Despite its somewhat divey appearance, Double Decker prides itself in fresh food, with burgers made from Niman Ranch meats (never frozen), housemade potato chips, and chicken wings made with John’s homemade sauce.  And, it's worth mentioning that they also have beer on tap, with choices that include Sierra Nevada and Pyramid hefeweizen. 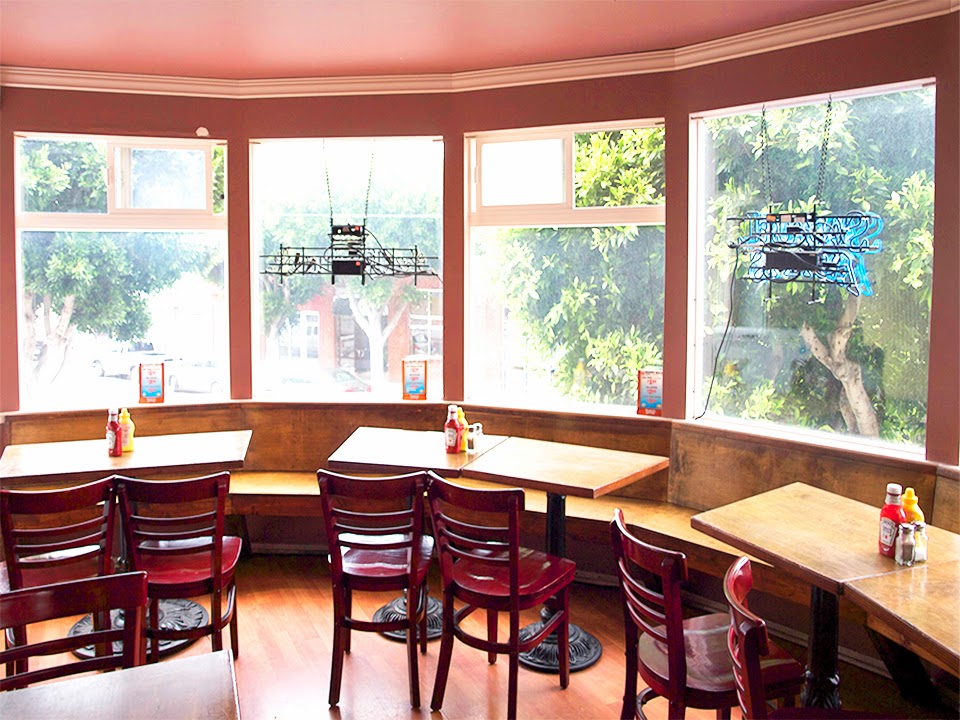 We asked John how the business was doing after all this time. “So far, so good,” he told us. He has been building the business by word of mouth and people are starting to notice.
He confirmed that the main drawback is that people simply aren't aware that the restaurant is there, as it can be hard to distinguish them from the Days Inn (with which they are not associated). And, for the same reason, if they do notice, they hesitate to come in and try the goods. But John said that when people do come in, they usually come back. In fact, most of his business comes from repeat customers.
John also said that the separate entrance for the upstairs dining area doesn't help matters, but that people should know there is plenty of room up there as well as a pretty good view overlooking Gough Street.
For those who were wondering why Double Decker hasn’t buffed up its exterior (we certainly were), due to restrictions in their lease, they are not able to make any changes and must toe the Days Inn color line.
If you're planning on stopping by, happy hour is a great place to start. Weekdays between 3pm and 6pm, get small sides for $1.50 and five wings for $3.50. Wash it down with a $2.50 beer and enjoy the view from the top floor of this double-decker secret.
San FranciscoHayes Valley
About 15 hours ago

Laila Weir
About 19 hours ago