Meet Everlasting Tattoo, A Divisadero Presence For Over 20 Years

Photos: Stephen Jackson / Hoodline
By Stephen Jackson - Published on October 17, 2014.
San FranciscoDivisaderoAlamo SquareNoPa
Is your life feeling a bit fleeting lately? It could be time to think about a tattoo.
Everlasting Tattoo has been in business on or around Divisadero for the past 22 years. We stopped by the other day to get a closer look at the neighborhood’s only tattoo parlor, and to pick owner Mike Davis’ brain about the trade at large.
Mike’s shop wasn’t always on Divisadero Street proper and in fact, it wasn’t always his. The first Everlasting opened in 1992 on McAllister between Lyon and Central. It was named by the store's first owner, a die-hard Willy Wonka fan who arrived at the moniker as an ode to the fabled confectioner’s “Everlasting Gobstoppers”.
After Mike took over the business, he decided to keep its already-established name, and moved the shop over to the current space at 813 Divisadero 14 years ago. In fact, he used some previous experience working on houses to gut and build out the entire place himself. 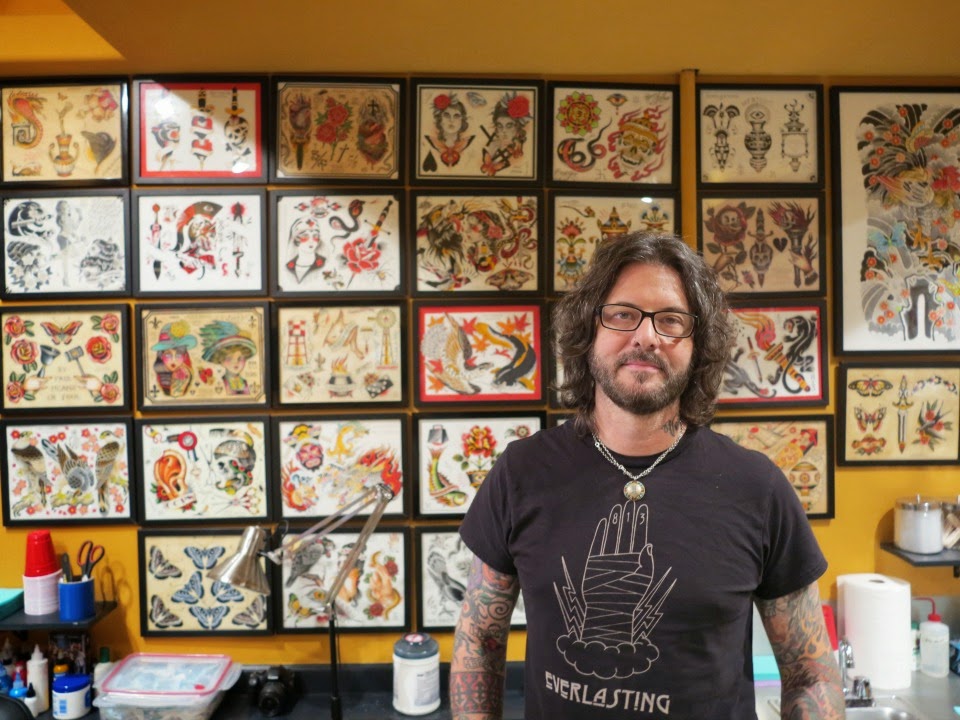 Mike got into tattoo art in a fairly natural way. “It wasn’t as popular as it is now,” he told us. “I got interested in it by getting tattoos and watching people do it, and I was already doing art for a living. I started looking at tattoos more and more and a hobby became a career.”
Everlasting Tattoo is run as a co-op, with about five different artists who essentially pay for chair time. They are not a “street shop”, meaning that all of their work is custom only. On a busy week, Mike tells us that they will do between 30 and 50 tattoos. Pricing is dependent on the time it takes to get the job done. 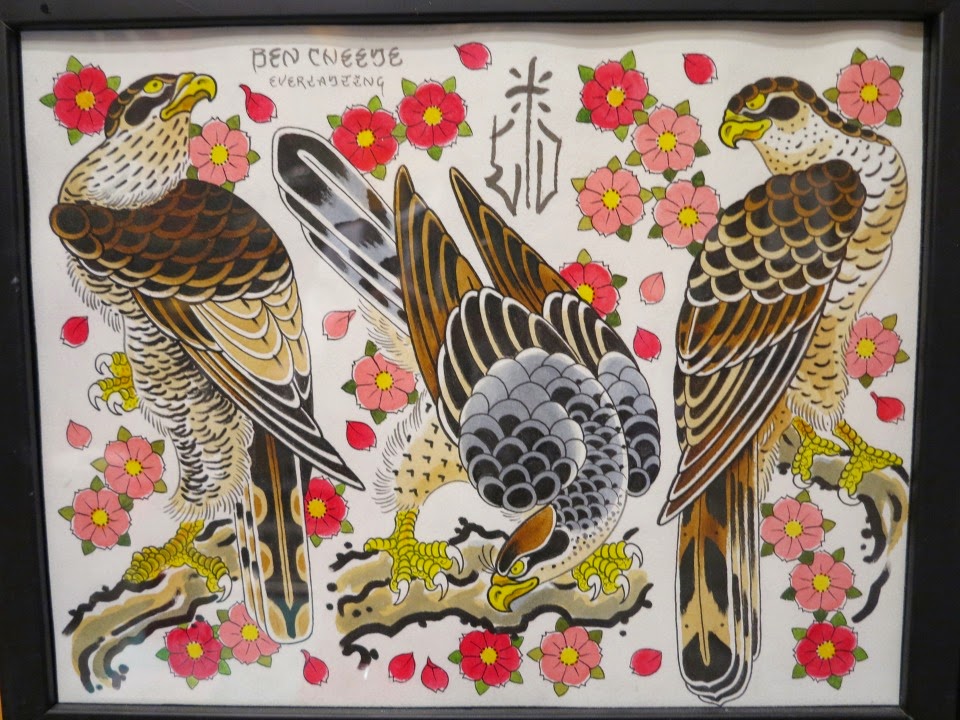 Curious, we asked what he does when someone wants a really bad tattoo.
“If somebody wants a swastika or something, I wont do it, I don’t need their money. Or if someone wants their face tattooed, I wouldn’t do that either, and I don’t think anyone else here would. That’s not why we’re doing this,” he said. “But if someone wants to do something we think is a bad idea, we will try to counsel them and help them make it better.”
Mike is also an oil painter, having learned the trade during his time as a theatrical scenic artist. When pressed for a genre, he reluctantly chose “pop surrealism”. The space features several of his works, and he has a solo show  up at 111 Minna  through November 1. If you'd like to meet him in person, he also has signing for his new book at the gallery on Tuesday, October 21st. 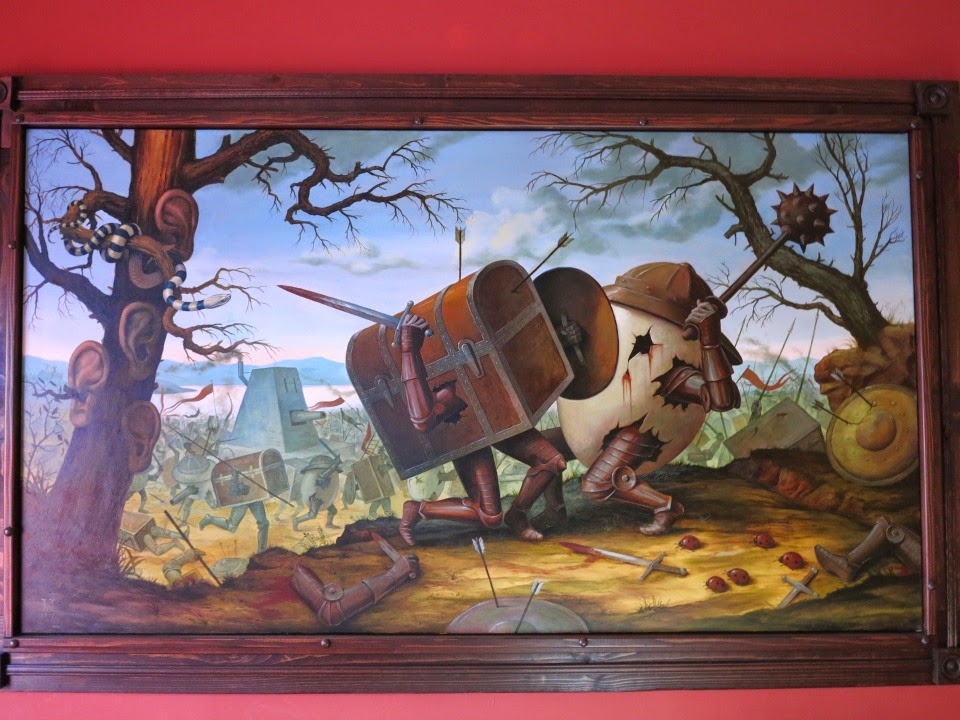 Mike has seen Divisadero through the great deal of change over the past two decades, and we asked him what felt about the future of the shop in its current locale.
“We’ll see how it goes,” he told us. “We’ve been here a long time. I have no plans to go anywhere. It’s still a good city, and it’s nice too keep some of the weirdness, especially when the city is becoming so vanilla.”
Everlasting Tattoo is open seven days a week, from 1pm to 7pm. Stop by or call (415) 928-6244 to make an appointment.