Scenes From The Castro Street Fair

Photos: Roy McKenzie/Hoodline
By Roy - Published on October 06, 2014.
San FranciscoCastro
Even though autumn officially started last month, yesterday was a sweltering hot San Francisco day in the Castro as thousands of people showed up for the annual Castro Street Fair.
Here are some photos we snapped at yesterday's event to remind you what happened or show you what you may have missed (all photos by Roy McKenzie): 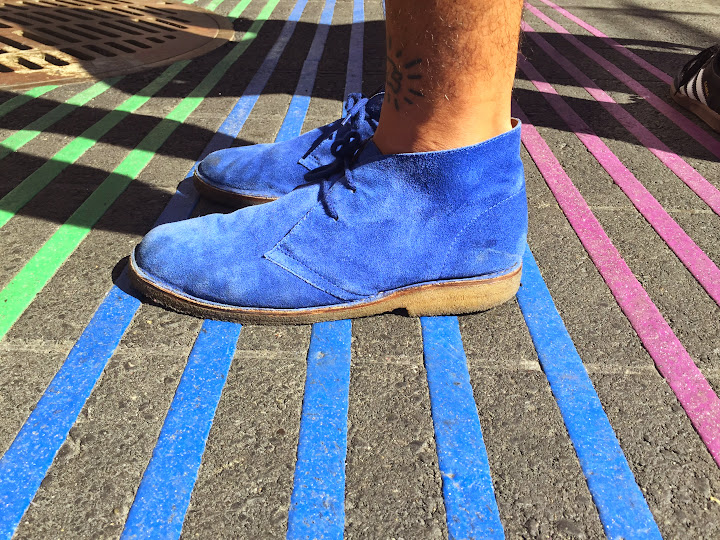 Shoes on the Rainbow Crosswalk. 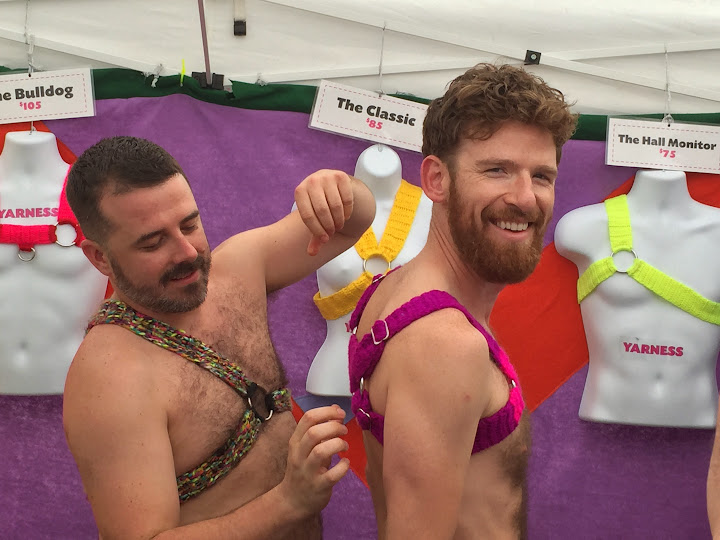 This guy getting his custom fit Yarness. 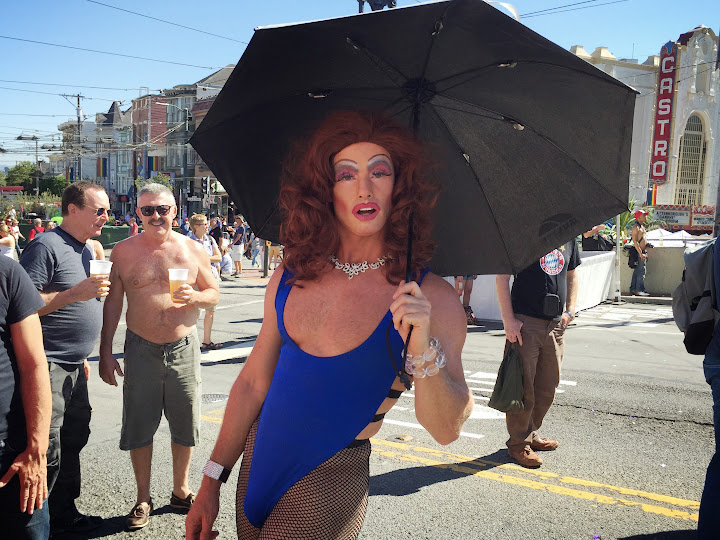 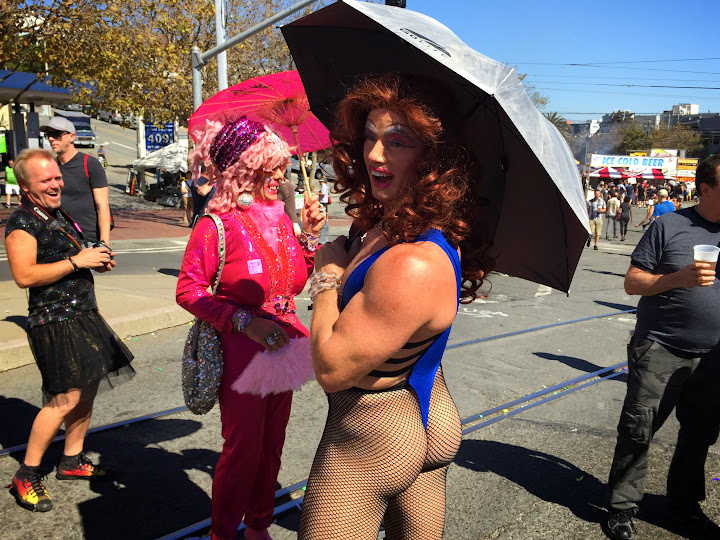 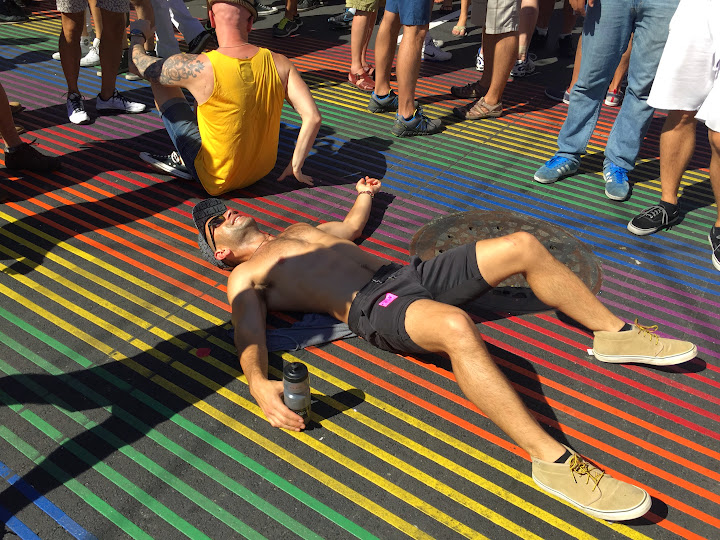 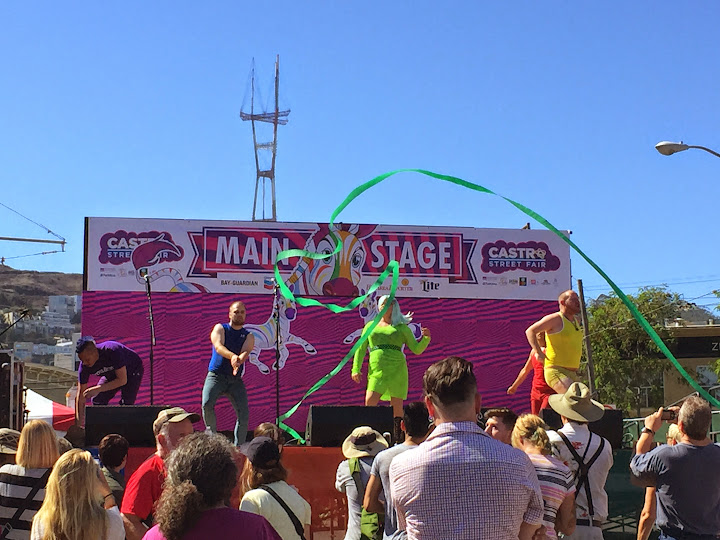 Action on the Main Stage. 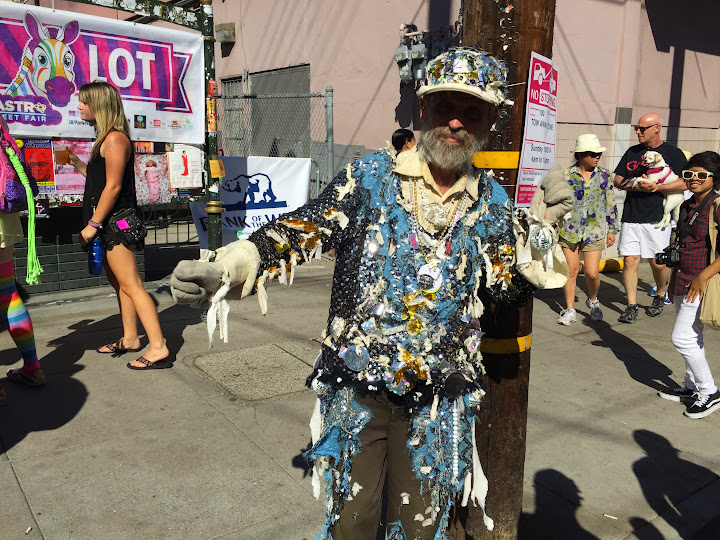 This guy dancing in his fashionz. 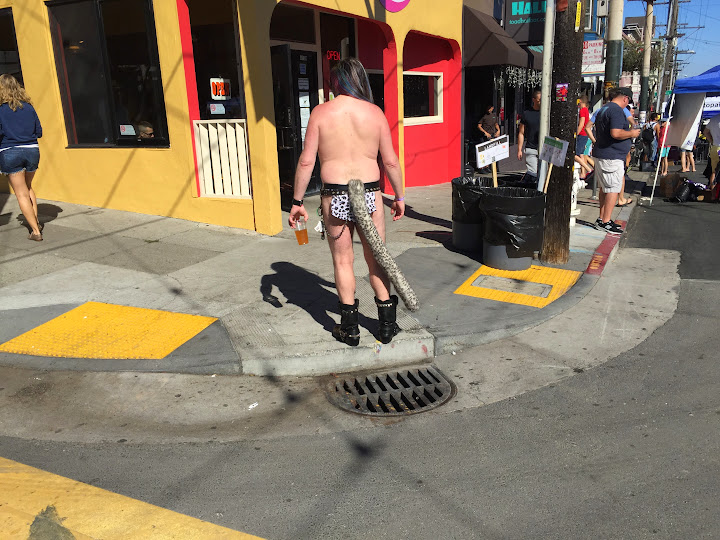 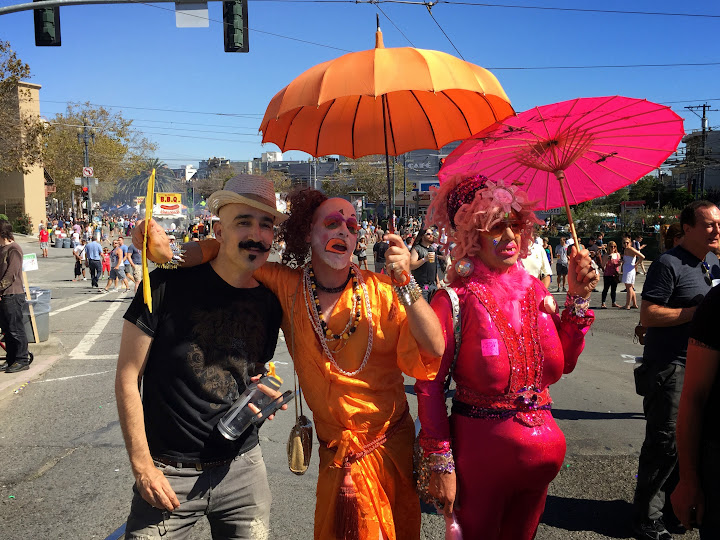 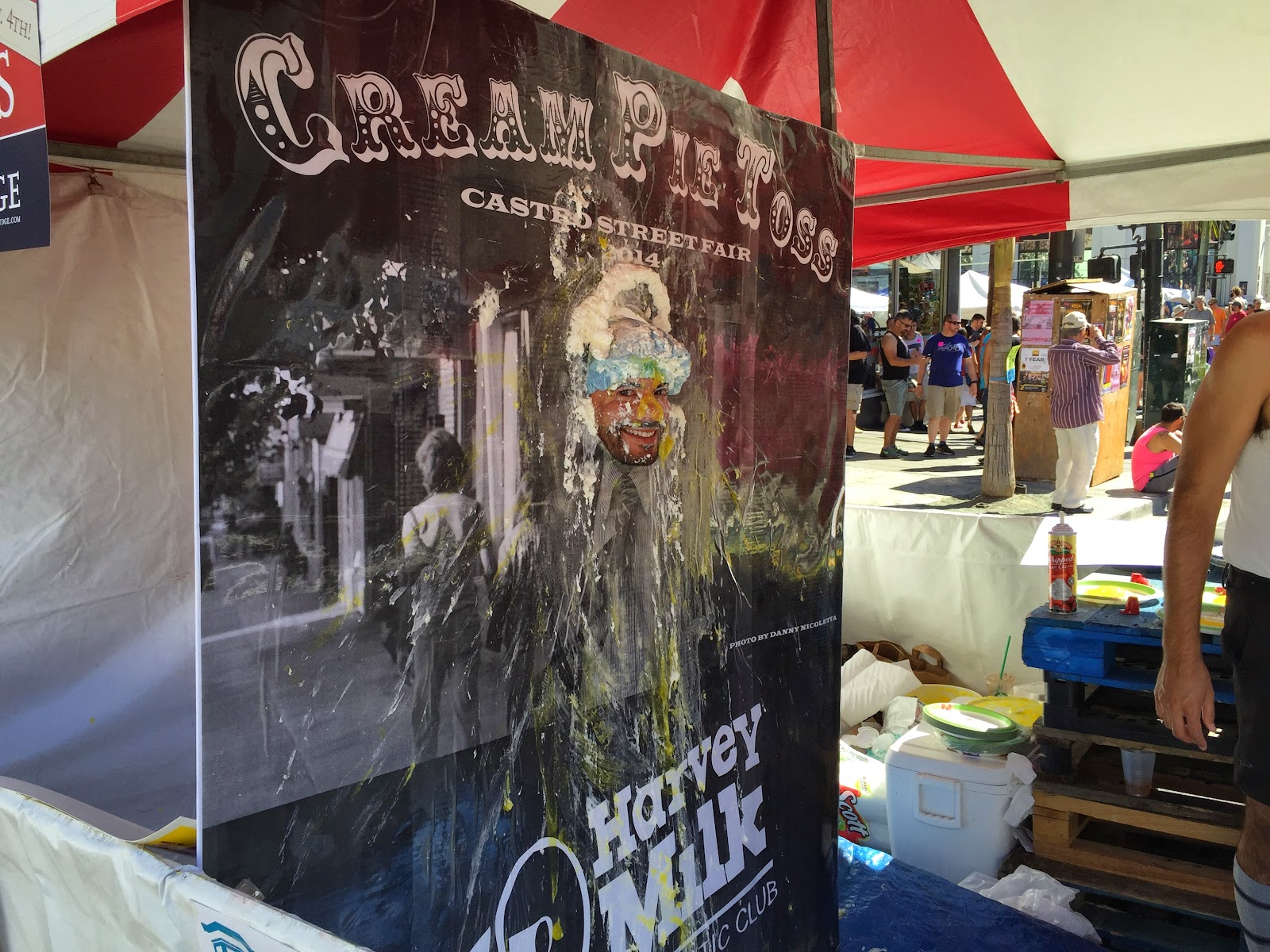 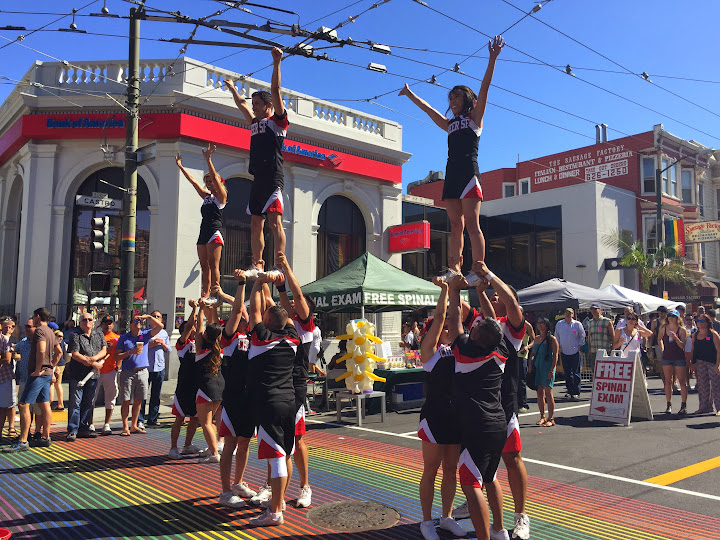 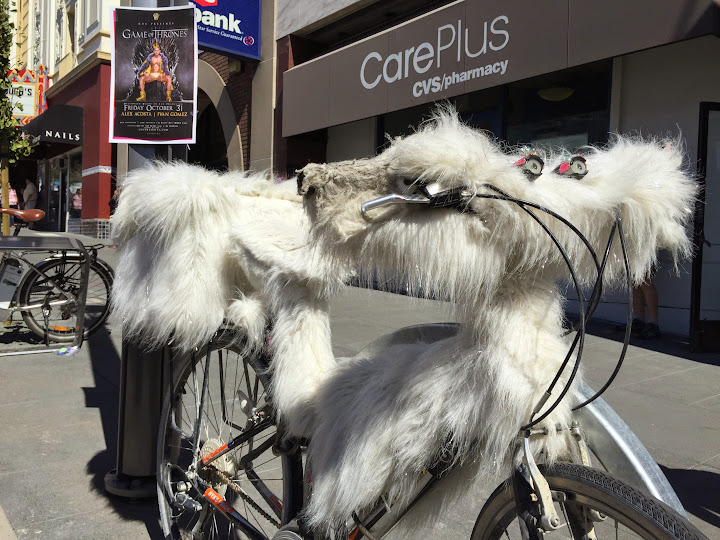 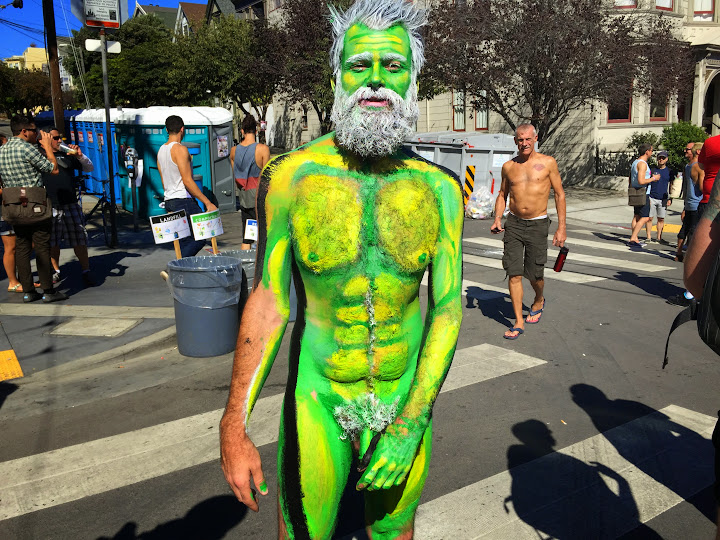 This painted man in the Milky Way area. 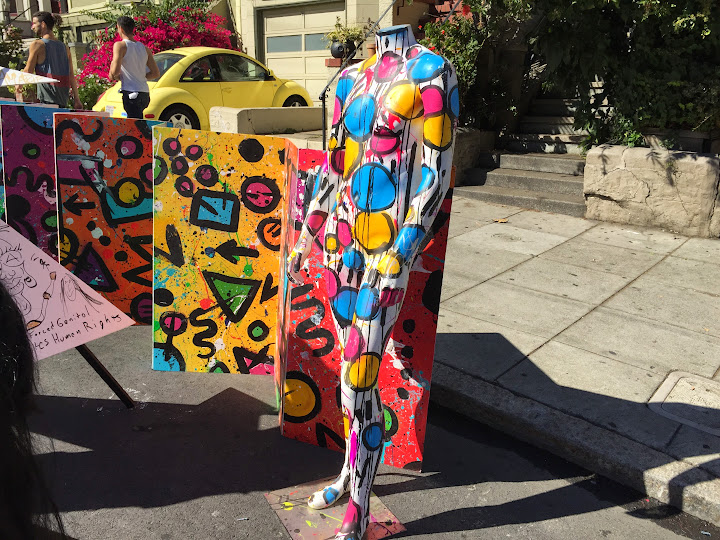 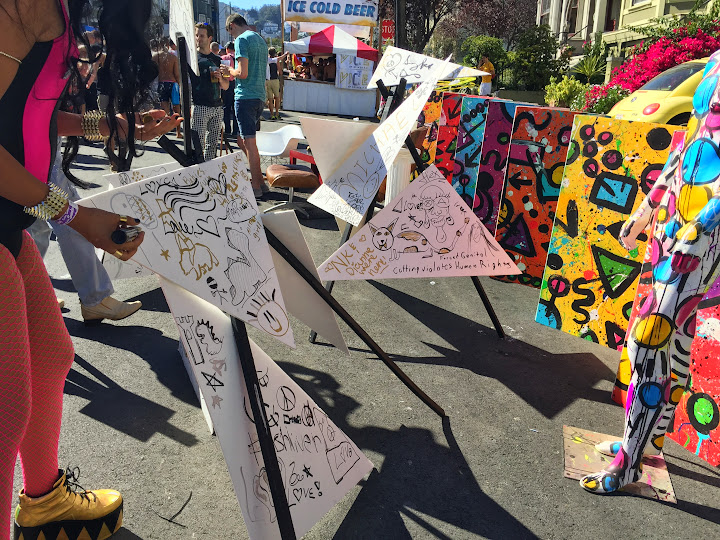 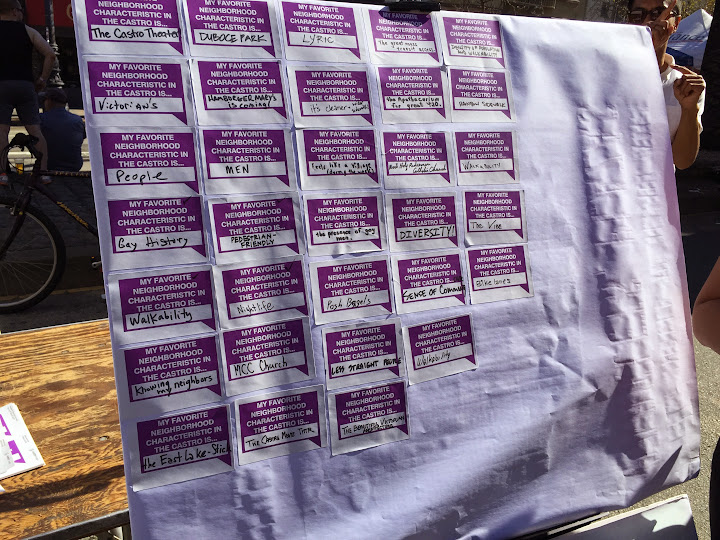 SF Planning asks people about their favorite thing in the Castro. 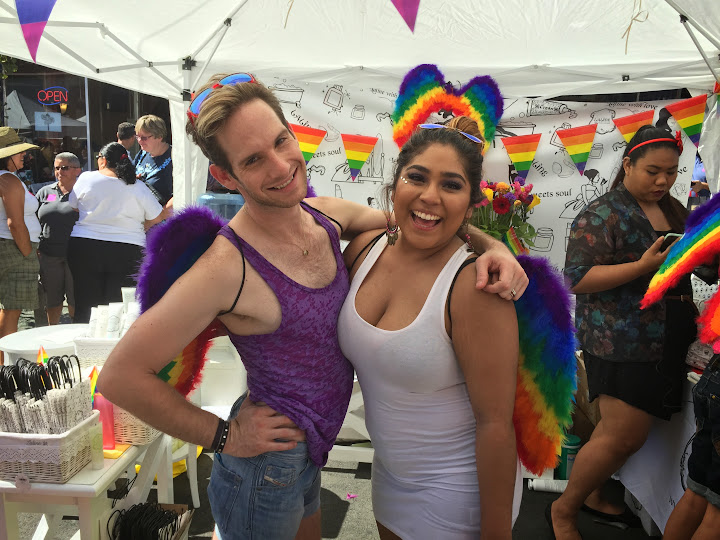 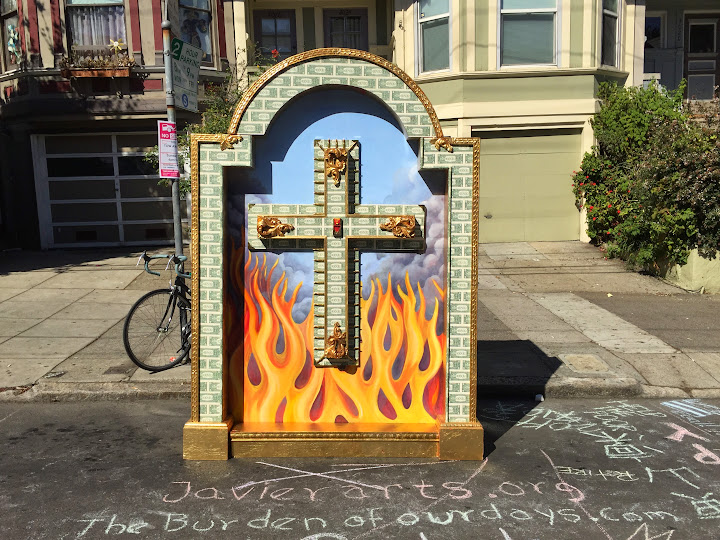 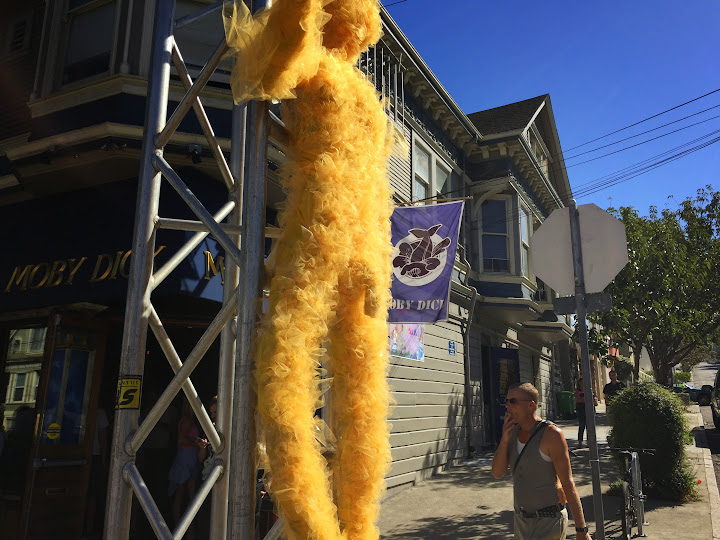 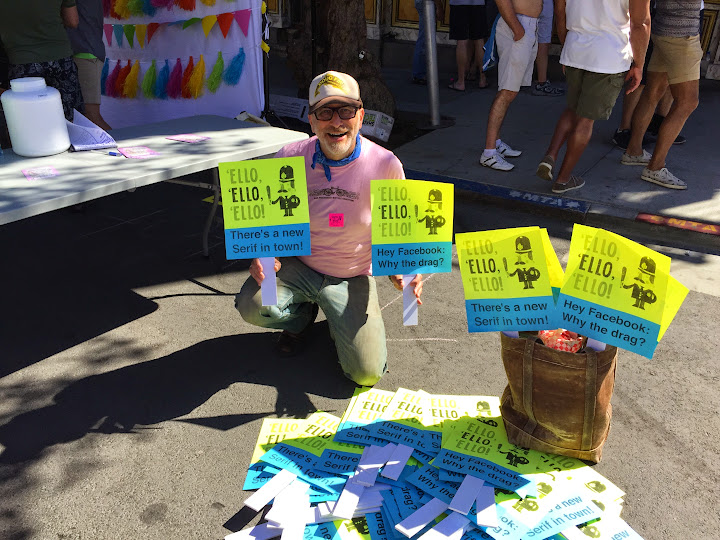 This guy makes sure you know there is a new "serif" in town. 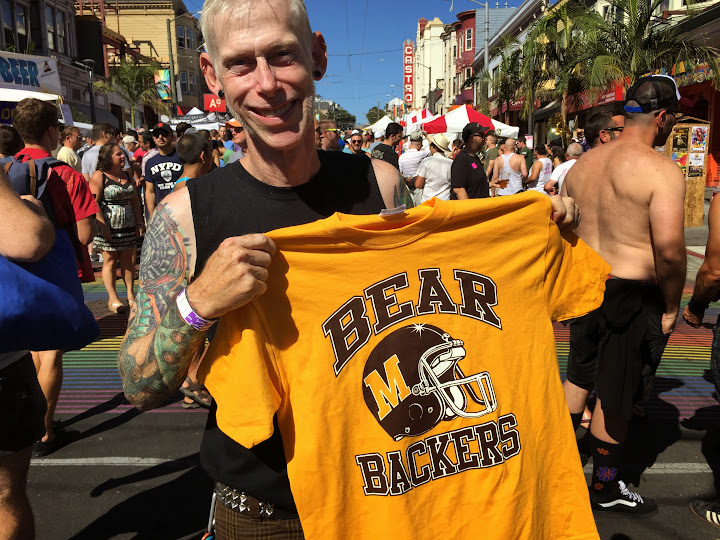 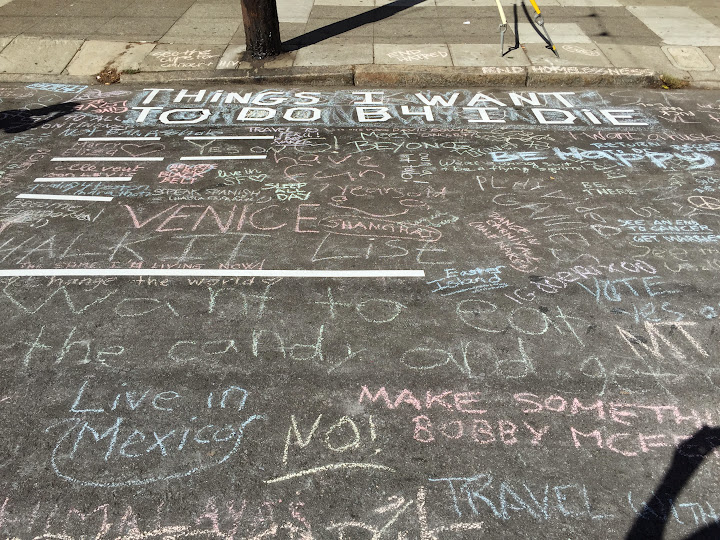 Things to do before you die. 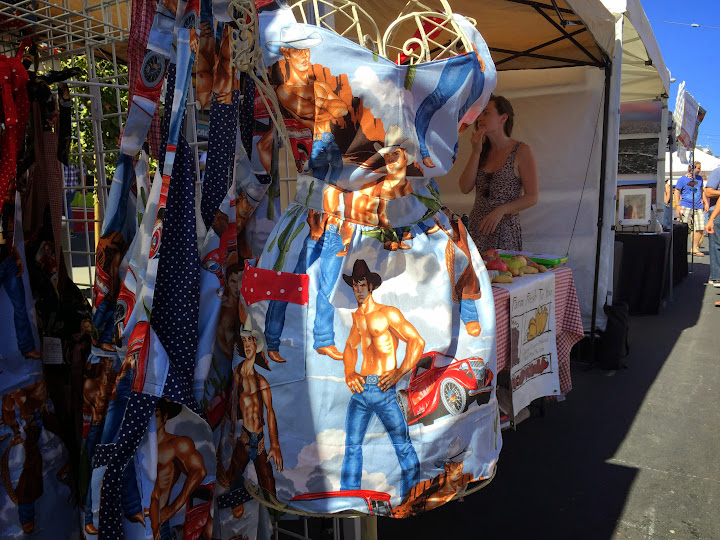 Save a horse, wear a cowboy.
The San Francisco Lesbian/Gay Freedom Band performed at the new rainbow crosswalk at Castro and 18th during the fair:

Here are a couple more highlights from the fair, via Twitter:
Russell Tovey of Looking snagged a photo with Armistead Maupin at the fair.

Just met @ArmisteadMaupin at Castro street fair in SF and could not be happier :-) #talesofthecity #SanFrancisco x pic.twitter.com/61TuVeythL

The pillow fight area at the Milky Way

Did you catch the action? What was your favorite element of the fair this year?
San FranciscoCastro
Aug 05, 2022