After 10 Years, Tandoor On Haight Closes

Photos: Andrew Dudley / Hoodline
By Andrew Dudley - Published on October 01, 2014.
San FranciscoLower Haight
After a decade in the neighborhood in one form or another, Tandoor On Haight has closed for good.
The Indian restaurant at 525 Haight St. has a sign posted in its door today announcing the closure and explaining that the owner's retirement prompted the change: 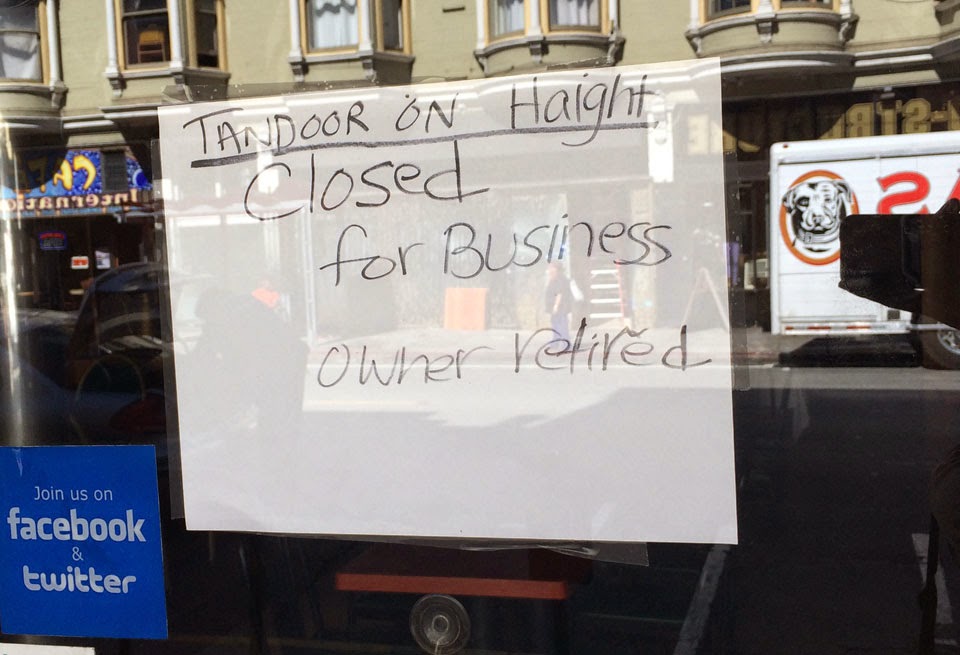 Tandoor on Haight opened in 2004 as "Naan 'n' Chutney."  It underwent a name change in September of 2011 to avoid confusion with a local chain of restaurants called Naan 'n' Curry.
Until recently, the business was being offered for sale on Craigslist, but this listing has since vanished. Whether this means a new owner will soon be taking over 525 Haight remains to be seen, but we'll keep an eye out.
Ironically, the abundance of Indian restaurants in the Lower Haight used to be a running joke. But with the consolidation of Clay Oven and Indian Oven in 2010 and the closure of Rotee in 2012, only one Indian eatery, the venerable Indian Oven, now remains.
San FranciscoLower Haight
About 17 hours ago