Thriftin' The Haight: Getting To Know Wasteland

Photo: John Maschak/Flickr
By Lisa Gordon - Published on November 20, 2014.
San FranciscoUpper Haight
If you love thrift shopping or all things vintage—or even if you don’t—chances are you’ve got your favorite Haight Street thrift store. Have you ever actually noticed how many there are? Figured out what the difference is between them all? Maybe you buy your clothes at one, and sell them at another. Maybe it’s not your thing at all.
Whatever the case, those stores you’ve walked by a million times have seen it all. Not only that, they sell it all. With that in mind, we're planning a series to learn more about what each thrift store has to say about the neighborhood, what makes each one cool, and the hidden gems that are waiting on a shelf or rack near you.
First up: Wasteland, at 1660 Haight Street. 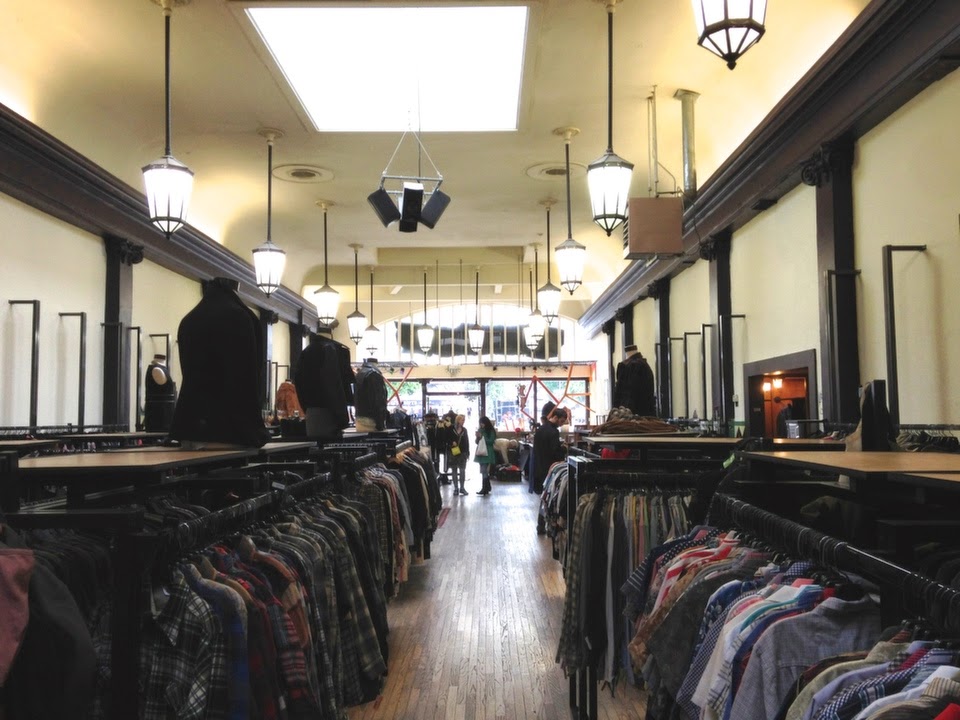 As an Upper Haight resident, I must admit that I shop at Wasteland a lot. Sure, it helps that I live a few blocks away. But as a girl with a penchant for fashion without the salary to go along with it, I learned to cultivate my wardrobe with carefully-selected higher-end-at-a-discount items from stores like TJ Maxx and Marshalls. Then I moved to San Francisco and I discovered actual thrifting and real vintage shopping.
Wasteland is a favorite because even though the entire store feels curated for a particular kind of shopper, it makes you feel like you want to be that shopper. They’ve got everything from designer labels you’re surprised to see to unique pieces you’d never buy otherwise but, for some reason, feel you must.
Chelsea Farley, Wasteland’s inventory manager for the past seven years, says that what makes Wasteland different is its focus on high-end designer and collectable vintage, and a strong commitment to their customers. It has some “die-hard” regulars who buy, sell, and who do both. Customers range from locals, tourists “who freak out and say, oh, we don’t have this where I live!”, and, for example, high-end sellers from Japan who come once or twice a month.
We sat down with Chelsea to learn a little bit more about the store.
How is your store is different from the others on the street?
“I feel like ours is really curated. We really hand-pick every single article of clothing and weigh several factors upon that particular piece. We are buying for the specific customer we want to see come in the store.
“I feel like everybody does the same thing in the way that we buy from the public but in a different way. I think Crossroads and Buffalo are awesome in how they recycle; everything is so fast this day and age. People get over things really fast—they take them in, and they’re over it really fast. So it’s great for recycling, and that’s positive.” 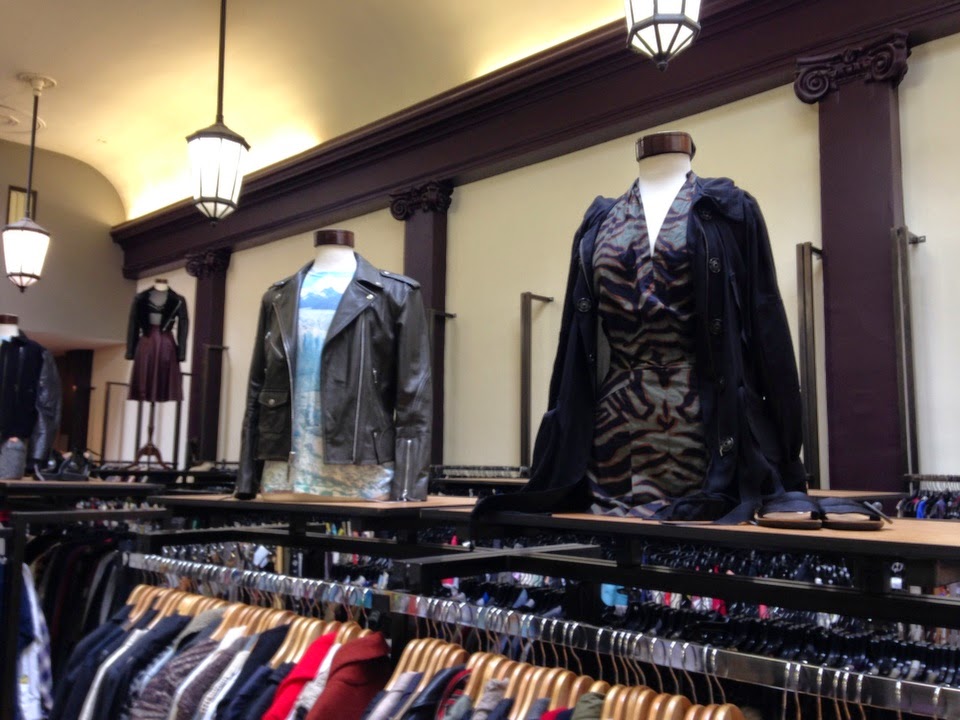 How would you describe your clientele?
"It’s really crazy how much it’s changed. Within the last three years it’s radically shifted. When I first started working here, it was really strong vintage lovers, a much younger crowd, a lot more hipster-y, flash-art crowd. It was a little bit more eclectic, and you still of course do get those customers, but with the influx of money to the city, it’s not that we’re catering to it, but we definitely get a lot more higher-end designer and modern labels. That’s something that was not happening a few years ago.
"People come in and complain all the time; they’re like, ‘oh you guys don’t have any vintage anymore’. It’s not that we’re not buying it, it just doesn’t come our way as much.”
How have things changed outside your store windows on Haight?
“It’s kind of a bummer because a lot of my good friends have left because they didn’t necessarily feel like the crowd or community was moving in a positive or creative way. That being said, there are still tons of awesome things happening and cool, creative people.
“I’m kind of over the San Francisco-bashing everyone has been doing, because I still feel like San Francisco’s awesome and beautiful and we should all be really stoked to live in such a cool place. At the same time, I’m super bummed that it’s so expensive, that I can’t move out of my apartment. I keep waiting for this bubble to pop, and I really hope that happens.” 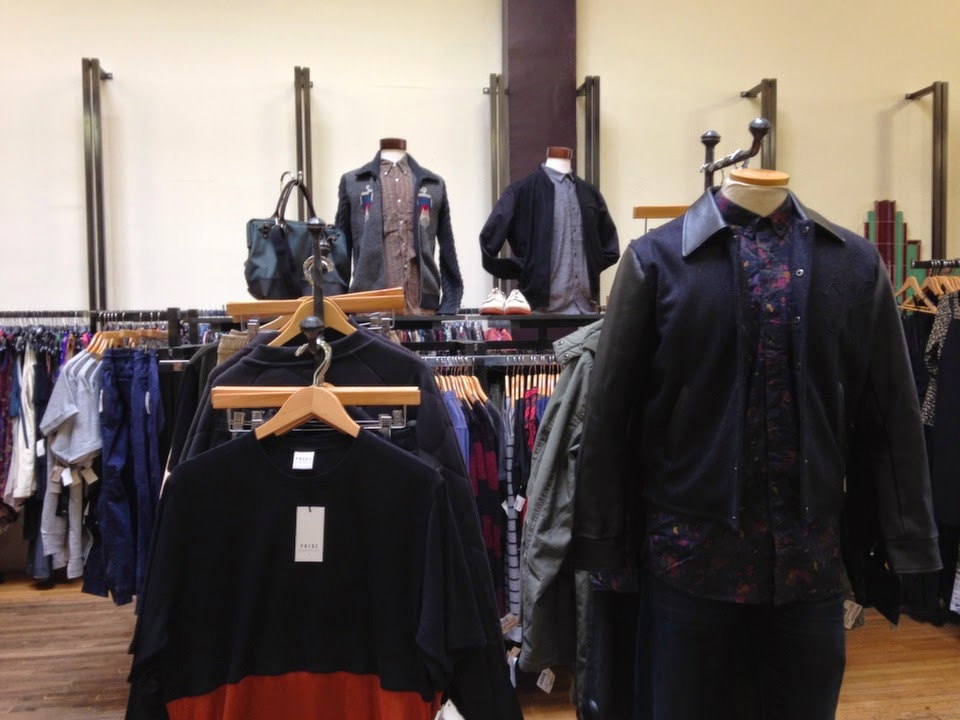 What’s it like working in the Haight?
“I’ve worked here for so long that the street kids are kind of always a little bit of an annoyance to me, just because they can be aggressive and rude. But at the same time I kind of like that it’s maintained that. I feel like it’s one of the only neighborhoods that’s kind of the same as it used to be. It’s part of my daily deal dealing with crazy people, watching crazy people, dealing with people trying to sell things they found on the street. It’s just a part of the job. If anything it’s made me get a little more of a tougher skin.”
What should people come in to Wasteland for?
"For that special, timeless piece."
What people are shopping for right now?
“Vintage Levi’s and that 'perfect' motorcycle jacket." (But she’s also kept certain pieces to herself, like a vintage varsity jacket and an Alexander Wang backpack.)
When are you the busiest?
“Weekends and the week after Christmas. For selling, toward the end of the month when everyone’s trying to make rent and pay the bills," Chelsea said.
What I wanted:
Black-and-white striped Dolce Vita jacket
Vintage fur vest 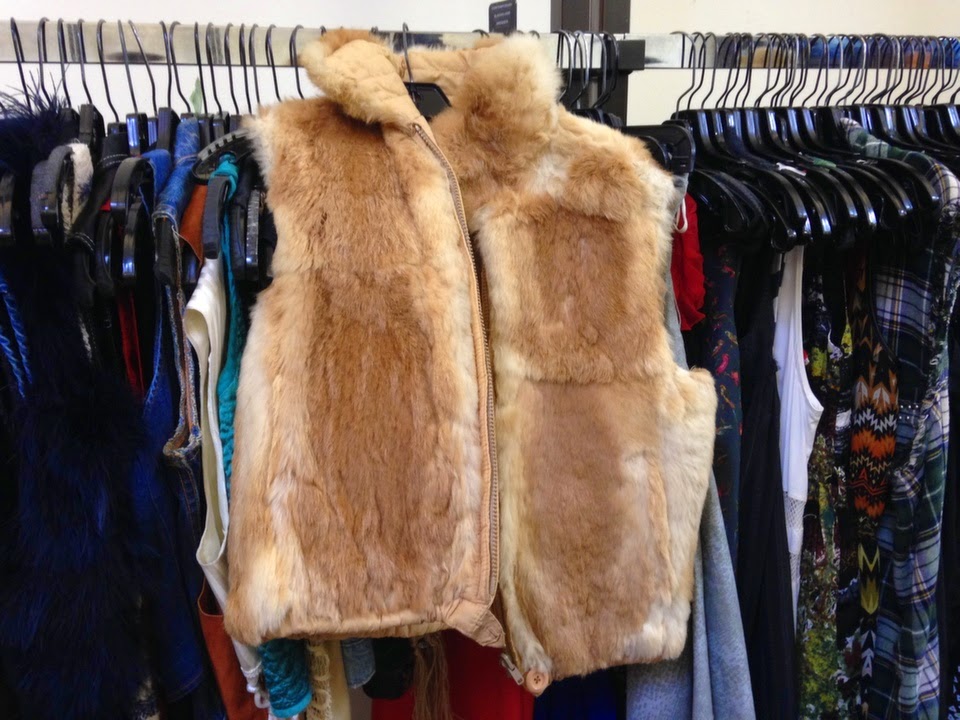 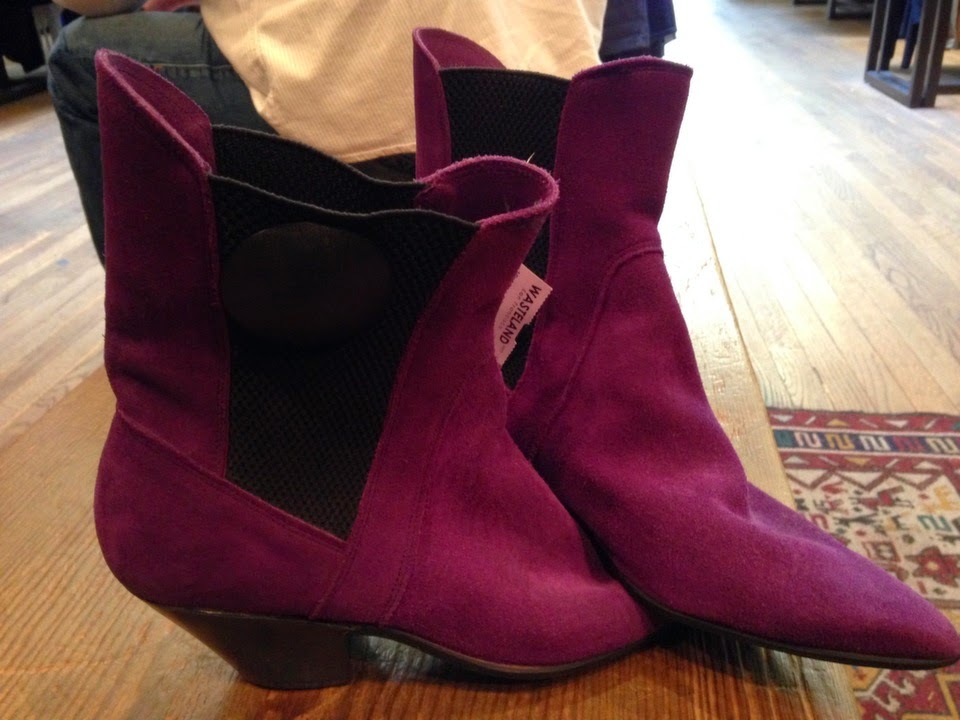 Hot designers/labels:
Pendleton
Helmut Lang
Marc Jacobs
Overheard while shopping:
“I like your old man tattoo.”
“Thank you. Trying to be more like him, but it’s not working out so well.”
“He’s got a few years on you.”
“It’s difficult living up to a saint.”
San FranciscoUpper Haight
About 17 hours ago