CrossFit Gym To Open In Former Blockbuster Space On Church

Photo: Google Maps
By Roy - Published on December 31, 2014.
San FranciscoDuboce TriangleLower HaightCastro
160 Church St., the long-shuttered former Blockbuster Video building across from Safeway, has been an object of much neighborhood speculation since the video store closed in 2011.
Though the space has been a popup home to the Spirit Halloween Store, which for the past four years has occupied the space in the weeks preceding Halloween, it's been a notably ghostly presence on the block. That's all set to change soon, as the space has found a new permanent tenant in the form of Flagship CrossFit, which will be opening its second location at the address.
A tweet from San Francisco Planning Commissioner Dennis Richards tipped us off that a gym was moving into the space. On Tuesday evening we snapped a photo of a man on the phone pacing near barbells and free weights set up inside the space, which appears relatively unchanged since its video store days. 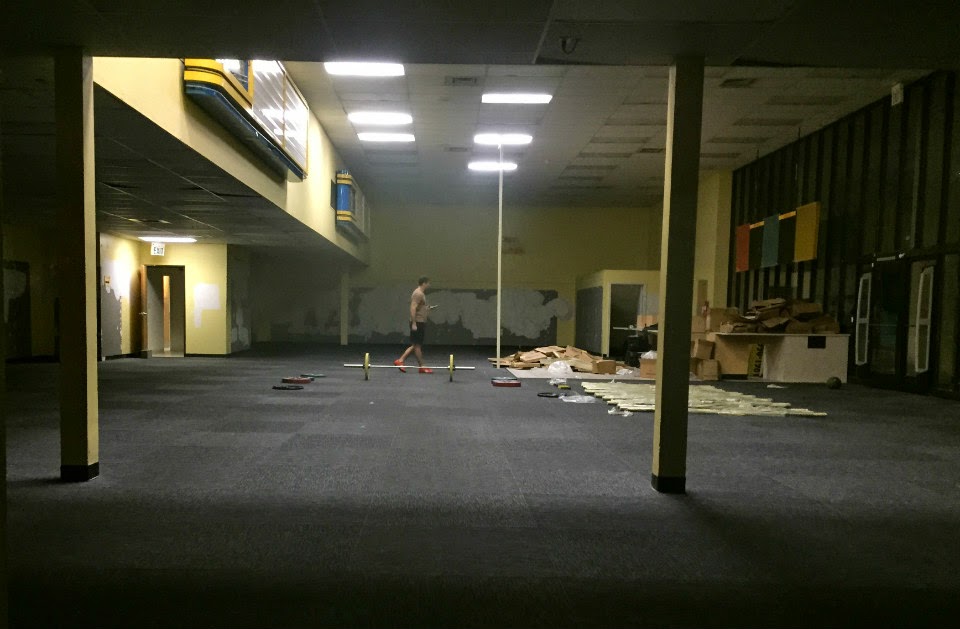 Roy McKenzie/Hoodline
According to Flagship CrossFit, which has dubbed the new gym "Flagship Upper Market," top competition gear, showers, and other amenities are headed to the space, which boasts 20-foot ceilings, floor-to-ceiling windows on two sides, and a rear parking lot.
Flagship CrossFit, which currently has one location in the Financial District, follows the CrossFit fitness model popularized by Greg Glassman and Lauren Jenai, who started the fitness trend in 2000. CrossFit uses high-intensity interval training along with calisthenics, Olympic-style lifting, and military rigor to whip bodies into shape.
Flagship CrossFit will be joining three other gyms in the surrounding neighborhood, including Alex Fitness, Fitness SF, and 24 Hour Fitness. SoulCycle, another recent fitness craze, will soon be bringing a cycling gym to the former Diesel building at Castro and Market.
Flagship CrossFit's website states that monthly memberships start at $300, with discounts for advanced payments.
According to sources, construction will start in January, with a planned opening on March 1st, 2015.
San FranciscoDuboce TriangleLower HaightCastro
About 6 hours ago