Photos: Andrew Dudley / Hoodline
By Andrew Dudley - Published on December 23, 2014.
San FranciscoHayes Valley
As 2014 comes to an end, a number of new Hayes Valley housing developments are now complete, while construction progresses on a slew of others. Let's take a look at the local real estate landscape.
8 Octavia (pictured above) officially celebrated its grand opening last Wednesday night with a big party. Guests included architect Stanley Saitowitz, former mayor Willie Brown, and all sorts of luminaries with whom we are unfamiliar. If you're interested in potentially living at 8 Octavia, we found online listings ranging from $739K for a 1-bedroom unit to $1.25 million for a 2-bedroom. 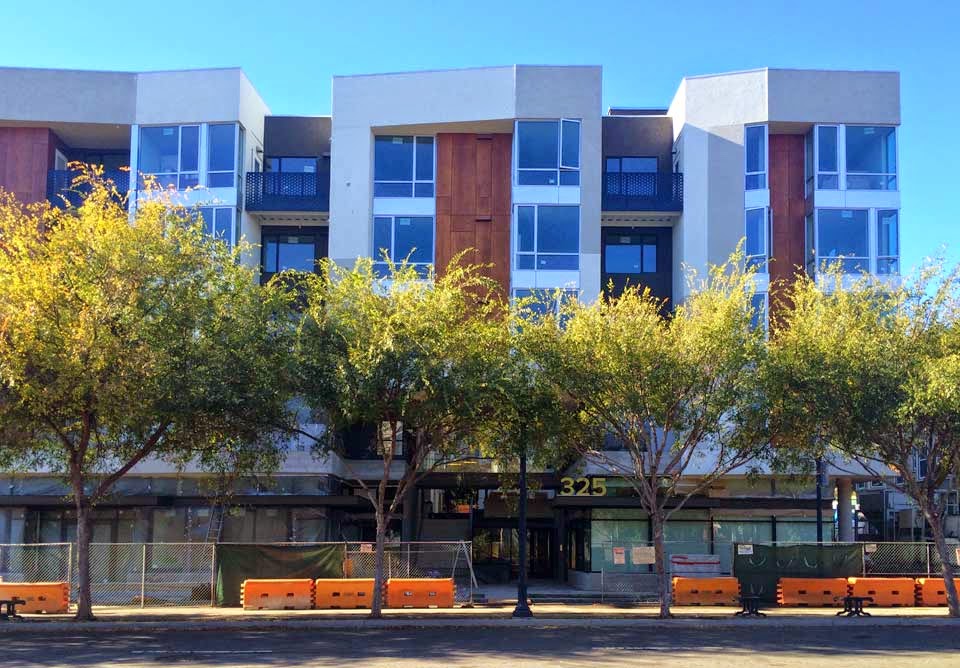 325 Octavia, also known as Avalon Hayes Valley, is nearing completion and has started leasing. We reported in October that rental prices at the development at Oak and Octavia would start at an eye-popping $3,135 a month for a studio. Well, the numbers have actually ticked up since then. A studio will now set you back at least $3,210, a 1-bedroom $3,595, and a 2-bedroom $4,345. The most expensive unit currently available is this 2-bedroom, 1,148-square-foot corner apartment, which runs a cool $6,550 a month. 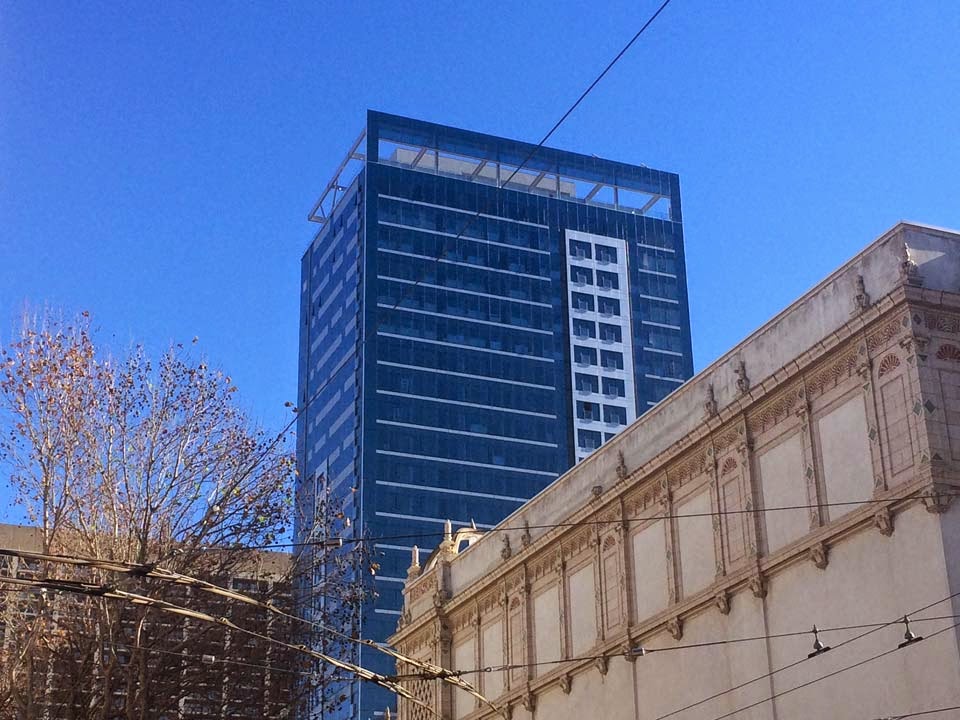 100 Van Ness has effectively completed its transformation from office building to residential tower, and has the requisite shiny new website to match. The building at the corner of Van Ness and Fell started leasing in late November, with studios starting at $2,710 a month, 1-bedrooms at $3,075, and 2-bedrooms at $4,400. The most expensive unit is a 17th-floor corner 2-bedroom, listed for $5,670 a month. 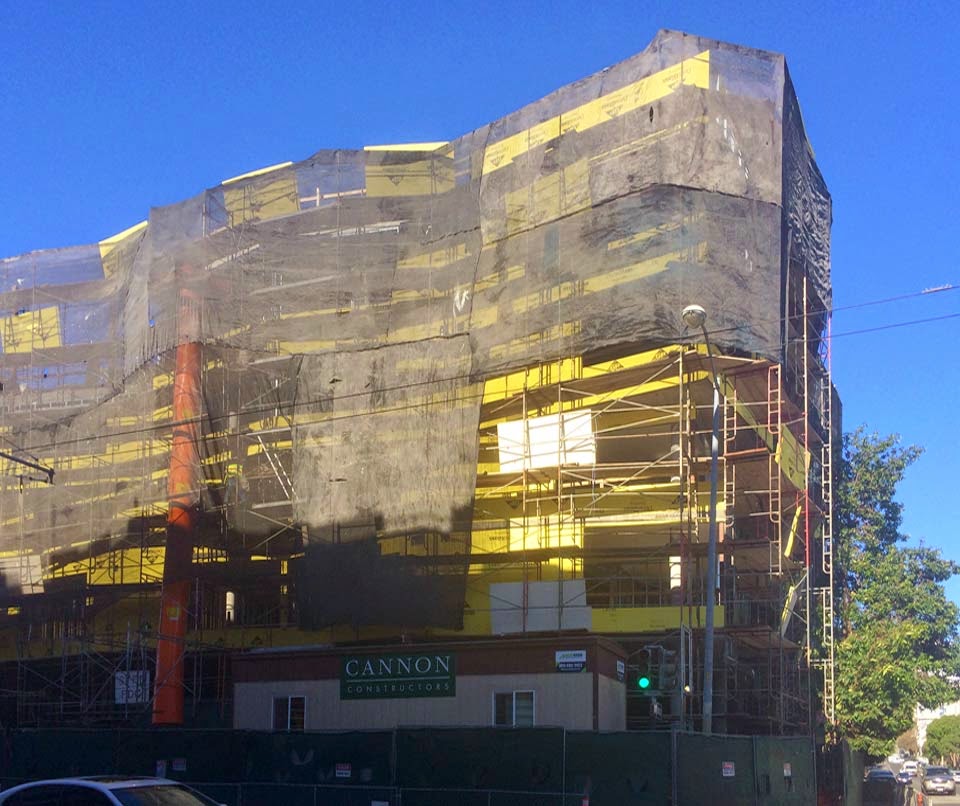 Construction at the northwest corner of Grove and Gough continues apace, where the scaffolding-clad 400 Grove is rapidly taking shape. When completed, the building will feature 34 residences ranging from studios to 2-bedrooms, and a ground-floor restaurant. It's supposed to be done in "late 2014," but with only 8 days left, that goal seems unlikely. 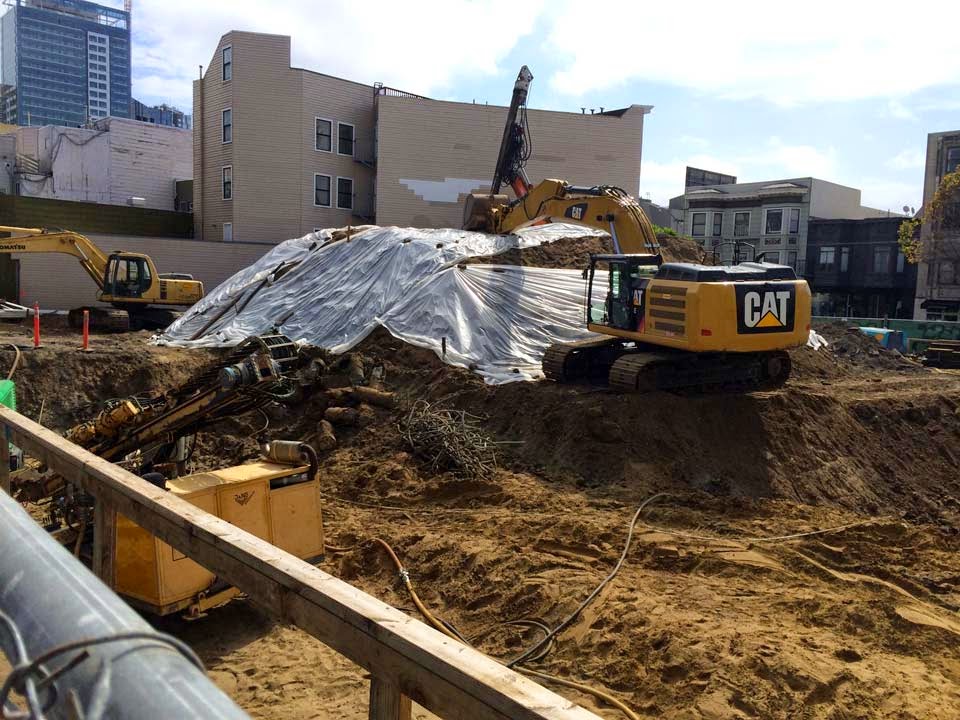 450 Hayes, the development planned for the parking lot just east of Flippers, remains a ways off. The lot has been cleared, but construction on the actual building has not yet begun. It'll feature "41 high-end homes over neighborhood-serving commercial space" when it's complete sometime next year, according to its developers. 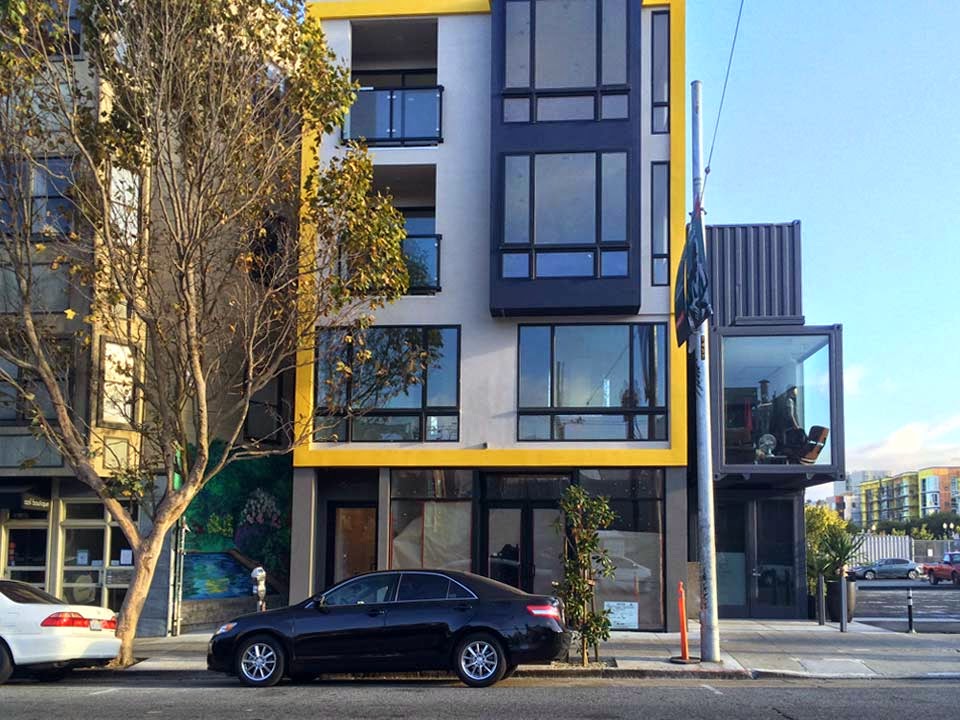 Nearly 2 years after we first learned it was coming, the 6-unit property at 453-463 Hayes is now on the market. In fact, only 2 units remain available, according to a Craigslist ad posted yesterday. Those are a 2-bedroom apartment for $5,700 a month, and a 3-bedroom for $6,300 a month.
In other developments...
Early construction continues on a new 13-story building at 101 Polk (at Hayes), and the huge 139-unit development at 555 Fulton (at Laguna). Those should both be completed in 2016 — and no, we still don't know who the grocery tenant will be at 555 Fulton.
As we mentioned a few days ago, plans are advancing for new apartments and a beer hall at Parcel T at Octavia and Page, while the retail spaces at 388 Fulton (at Gough) are already available for lease even though the building's completion is targeted for late 2015.
Finally, construction has yet to begin at 580 Hayes, where the Hayes & Kebab building will soon be demolished to make room for a 5-story mixed-use development. Construction is expected to take 16 months, so we're looking at a mid-2016 completion, potentially.
So there you have it - plenty of action in the local real estate scene. We'll be sure to keep an eye on all of these developments, and any others that might pop up, throughout 2015 and beyond.
San FranciscoHayes Valley
Dec 03, 2021