Photos: Lisa Gordon/Hoodline
By Lisa Gordon - Published on January 02, 2015.
San FranciscoUpper Haight
So far on our tour of Haight Street vintage shops, we've gotten to know Wasteland and Decades of Fashion. Today, it's time to meet Static, an unassuming vintage shop that you may have walked past without a second glance. But though Static's window displays aren’t much to speak of, regulars know that it's one of vintage’s best kept secrets on the street.
Kelsey Kolberg has managed Static for three years. She’s worked on Haight for 17 years (she previously worked with Retro City Fashions) and has seen the street undergo significant changes. (You know you’re a longtime Haight resident if you can remember the Gap at the corner of Haight and Ashbury.) We stopped in on a rainy Thursday to chat with Kelsey and learn more about the shop. 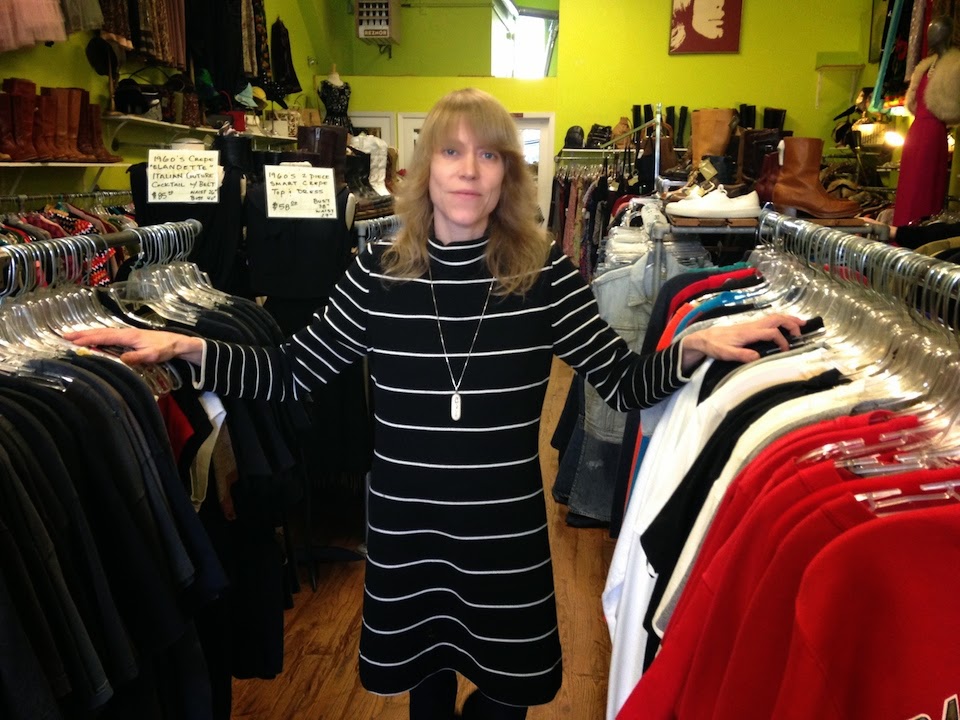 What does Static specialize in?
“We’re known for our sports stuff, like the 49ers gear, as well as vintage designer bags. And our t-shirts—people definitely say we have the best t-shirts.”
Tell us about the designer bag situation. I’ve never seen such a big, specific collection of Chanel and Louis Vuitton.
“The people that buy those are definitely a different animal. We have to buy them from the public predominantly—we carry only the vintage designer bags, not the contemporary ones. With Chanels, we have to pay so much to get them that we don’t even make much of a profit off off them. We just want to have them, so we’ll pay a lot for them but not mark them up to high, just to have a selection.”
How would you describe how your store is different from the others on the street?
“Being that it’s a co-op, you have six different people’s opinions. Which makes it more of a variety, and we’re one of the few that’s still serious vintage. People come in and tell us this is the best one on the street all the time; they usually stop in, and then they’ll do the rest of the street, and then they’ll come back and spend more time here.”
Are there disagreements over cohesion of pieces, since it’s a co-op?
“No, and we all try to stay in the same kind of price points, so we’re not competing with each other.” 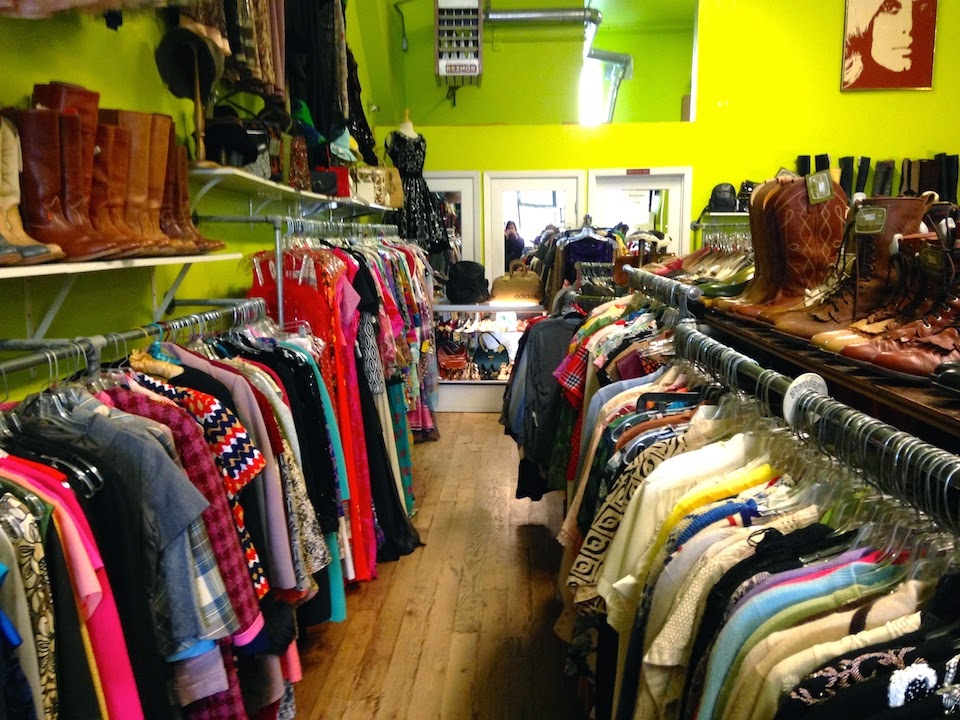 What’s the typical clientele?
“There is no typical clientele. None at all. Because Haight Street is a tourist destination, you’re going to get people from all over the world. Plus the neighborhood people, and the kids that live on the street.”
What are your reactions to working on Haight?
“I’ve worked on Haight for 17 years. When I first started working on Haight, it was a lot of gutter punks. Now it’s just more like street kids—the gutter punks were a lot harder.
"It used to be that when you went to the park, it was a sea of tents, and that's changed, which was great. It was a shantytown. But it’s always been a destination for vintage. Now, I have to get rid of street kids all the time. They’re more an issue for me than the customers. After 17 years, I’m not here to take any of their crap. Especially when they’re new ones ... I’m like, you don’t know me.”
How has it changed?
“It’s becoming more and more hip hop stores and head shops. I think because there are so many head shops, they go hand in hand with the hip hop culture. They’ve been trying to keep Haight Street not corporate for a really long time, especially since the Gap left.”
Where’s the direction of the street going?
“All the hip hop shops, and all the head shops, it’s definitely brought a different person to Haight Street than it used to. But, they’re also the kind of people who are going to buy the designer bags and the sports stuff, so we have something for them too."
Do you still like working here?
“I love it. I doubt I’d be doing it for 17 years if I didn’t. But I couldn’t live and work on Haight Street. Way too much of one thing.”
Do you have any particular pieces you love from over the years?
“Psychedelic Pucci-type stuff. But I don’t do real Pucci because it’s too expensive.”
Do you have a lot of regulars?
“Yes. Our regulars probably keep us open. Although a lot of people don’t even know we’re here, and it’s been here 11 years, and a lot of the regulars keep it a secret, because they don’t want people to come.”
When are you the busiest?
“Weekends. Although every once in a while, a Tuesday will be like a Saturday. And that’s when a lot of the regulars come—the weekdays. The weekends are more tourist and bridge-and-tunnel.” 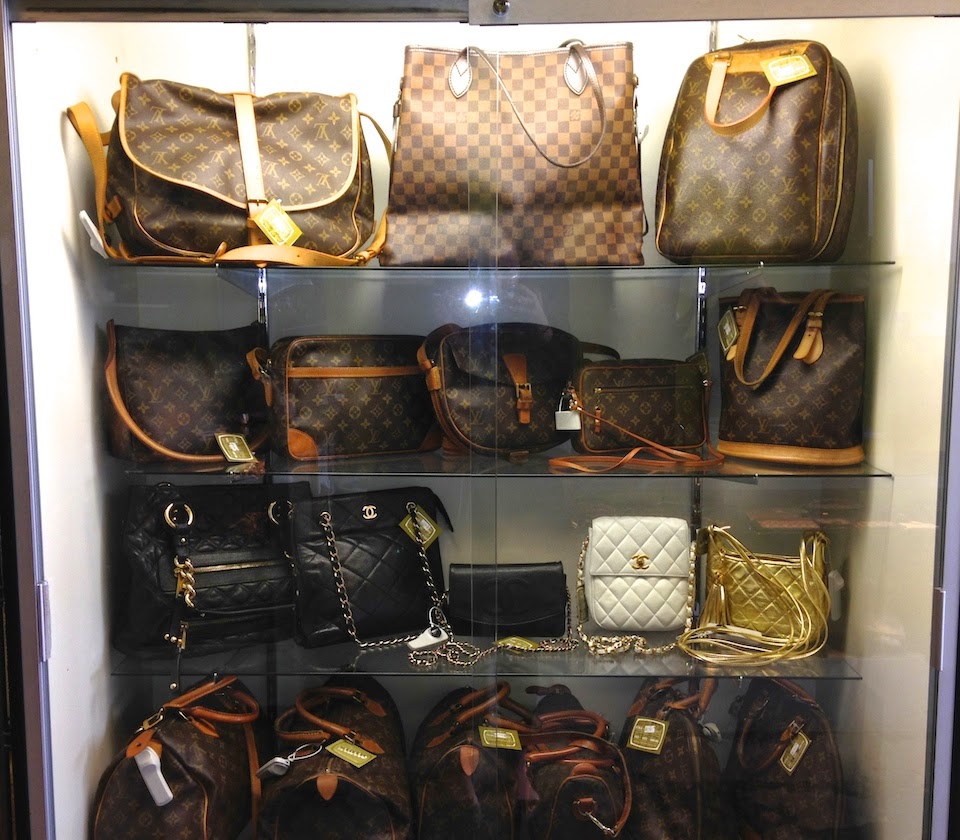 What I wanted:
Any of the Chanels in the designer purse case
Green satin blouse, $38
Diane Von Furstenburg tuxedo wrap dress, $125
Fred Perry tennis sweater, $65
Overheard while shopping:
“I like the big ones. Plus, you’ll be old by then, so it doesn’t matter.”
San FranciscoUpper Haight
About 23 hours ago