Firstly, a driver hit a parked car and their vehicle exploded at the intersection of Oak and Webster at around 2am this morning, according to local Twitter user James.

Someone just hit my roommate's parked car and exploded. Massive fire on Webster and Oak.

"Heard an explosion and went to the window to witness," he writes us. "Not sure what happened, firemen were there within a minute though, the station being only a few blocks away."

We've been trying to get more details from the city but people we spoke with at various police lines and SF311 didn't have anything to share as of 6am or so this morning.

Update, 8:45am: The Appeal has reported that the vehicle in question was a Desoto Cab Company taxi. 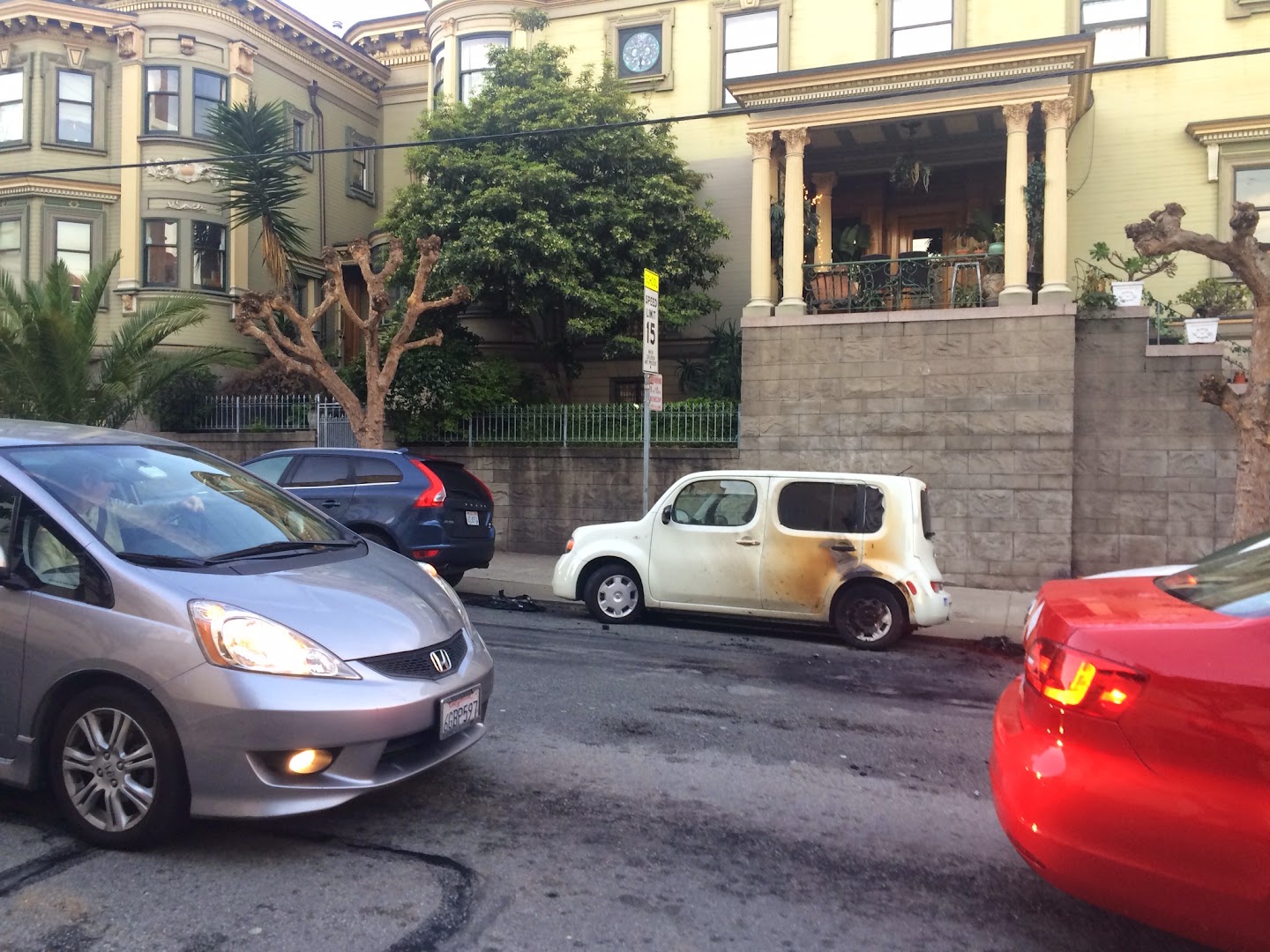 The aftermath, via nearby resident Michelle Medina (disclosure: the author's former roommate).

In what appears to be a separate incident, reader and occasional Hoodline contributor Alex tells us there was a car wreck at Hayes and Fillmore, with one of the drivers apparently fleeing the scene before the police arrived.

@HoodlineSF Car wreck at Hayes/Filmore. The driver of one of the 2 cars ran away! Police just arrived.

Update, 10am: Prolific vehicular mayhem tipster Allison Y. sent in more photos of the incident, and the following account:

"From what we heard, Smiley (Tim's Market clerk) had just stepped out onto the corner to pray as he always does around this time (sometime between 11:30 and 12) and this SUV was traveling up Hayes hill, and had a green light at Fillmore. The other car was coming up Fillmore (from Grove toward Hayes) with no headlights, and ran the red at Hayes, turning right (to avoid the SUV or just because that's where he was going, I dunno). That guy ran but was captured by the police after two (I think) citizens ran him down—one guy on a bike stayed and talked to the police about it. Smiley was only about three feet from where the SUV stopped, but he's totally fine and ran around saving the day as usual with the Latino guy who works there.

The SUV appeared to be a rideshare, maybe an Uber, with a driver unrelated to two couples. Everyone got out of the SUV on their own power, but a couple of the kids were feeling bruised and beaten up, airbags went off in both cars, they all looked pretty shell-shocked." 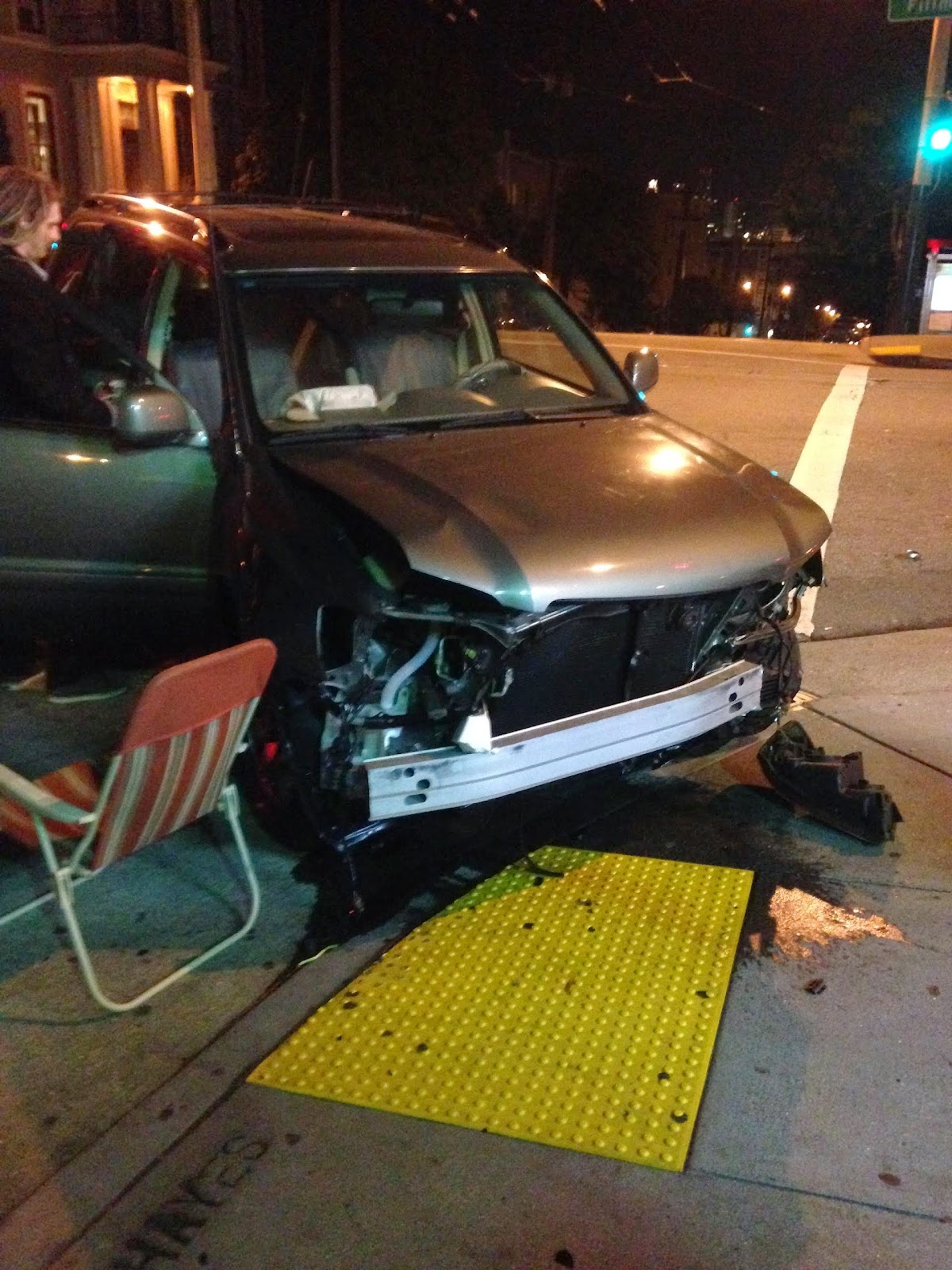 The crash occurred at the same intersection as another late-night incident back in October, which also ended in a civilian-assisted chase and apprehension of the suspect, in that case a drunk driver.