On Wednesday, the SF Board of Appeals signed off on a plan that will allow construction to resume on the Sunset Tunnel Trackway Improvement Project.

As regular Hoodline readers are surely aware, the SFMTA is replacing the tracks in the tunnel between Duboce Park and Cole Valley, as well as upgrading overhead wiring, refurbishing fire water valves, and retrofitting the tunnel's retaining walls and their foundations.

It's a big project, slated to span a total of 15 weekends, during which N-Judah service through the tunnel is disrupted. So far, work has taken place on four of those planned weekends, but last month work was suspended due to an appeal from neighbors. Residents living near the project site at Duboce and Noe challenged the SFMTA's night noise permit, bemoaning the boisterous back-up beeping of equipment of ProVen Management, the contractors performing the work, during overnight hours.

In the four weeks since work was halted, the SFMTA has been working with neighbors to find a solution. That solution was presented on Wednesday before the SF Board of Appeals.

At the hearing, the lead appellant Francis "Bud" Offermann stressed that he understood that the project was necessary, but just asked that "some reasonable accommodations be imposed" to mitigate two specific noise issues.

"One is the reverse backup beepers as they call them," Offermann said. "The trucks reverse towards our homes with these beepers on. This isn't just a nuisance issue that we're talking about... it interferes with people's sleep. Not just for one night, but three nights — Friday, Saturday, Sunday. You cannot sleep with the existing work conditions. And it's not just one weekend, it's 15 weekends. So this is something that we want to get changed."

He offered a charming hand-drawn depiction of what he said was the amplification of sound waves as they bounced from work trucks off of homes on Duboce Avenue: 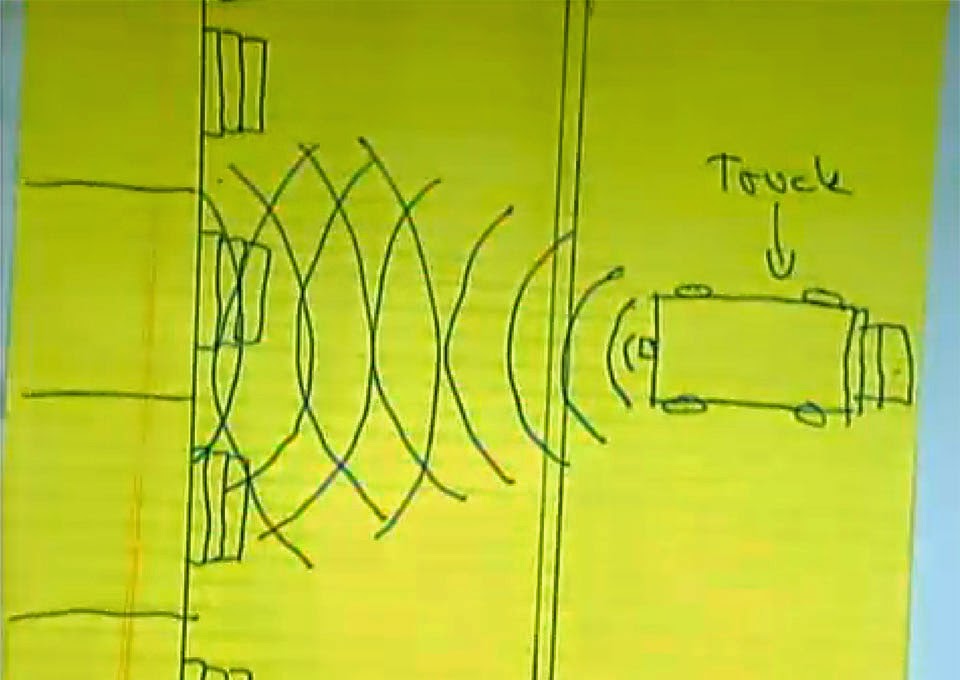 Bud Offermann via SF Board of Appeals

Offermann asked to have the beepers replaced with flag-wielding human signals instead. He also cited noise from front loaders staging and dumping piles of gravel outside the tunnel.

A rep from ProVen Management said that although he believed the company was operating within the outlines of its permit, the permit itself did not mention specific noise limits. Regardless, the company was willing to make changes to limit the disruption to residents. He said that the SFMTA had offered to modify its contract with ProVen, taking into account residents' concerns.

Agreed-upon changes to the contract include new requirements that ProVen:

Also, if residents still find the broadband beepers to be too loud on any given night, ProVen will finish work that night and then use a back-up solution, such as human flaggers, on the following night(s) of work.

The Board unanimously approved the noise permit, given the new conditions on the contract. The permit will expire on July 31st, 2015, so as to cover all of the remaining weekends of work.

SFMTA spokesperson Paul Rose tells us that the new permit will go into effect within the next 10 days. That means that track work won't likely resume this weekend. Instead, Rose predicts the next weekend shutdown of the N-Judah will take place three weekends from now, on the weekend of March 21st.