Irish pub Harry Harrington's has stood on the corner of Larkin and Turk streets for 93 years, and thanks to a recent change in ownership, has gotten some fresh energy and an expanded offering.

The bar first opened in 1922, and was bought in the 1940s by Harry Harrington, who named it after himself. Harry was a bit of a bar entrepreneur, and owned several spots around the city—including Harrington's Bar and Grill on Front Street, which still exists today.

The Harrington family maintained ownership of the bar until the 1980s, when Phil Lion took it over. For 35 years, Phil managed Harry's, serving pints from the bar's five taps and catering to a diverse Tenderloin patronage. During this time, an Irish lad named Peter Friel moved to Geary Street nearby, and was a regular at the bar—in part because his building didn't have a phone, but Harry's had a public phone box.

So when Harry Harrington's went on the market last October, Peter, nostalgic about its memories, jumped at the opportunity to buy it. And with that, he became the third owner of the bar in 93 years.

A jovial man with an Irish accent, Peter and his wife Stephanie are not strangers to the service industry. In the mid-1990s they bought the Irish Bank, a pub serving traditional Irish food, tucked away down an alley in the Financial District. Stephanie Perry and her friend Ronan O'Neil used to work there, and when it came up for sale Peter helped them buy it. Stephanie now runs Irish Bank, and the newly-purchased Harry Harrington's is Peter's project. 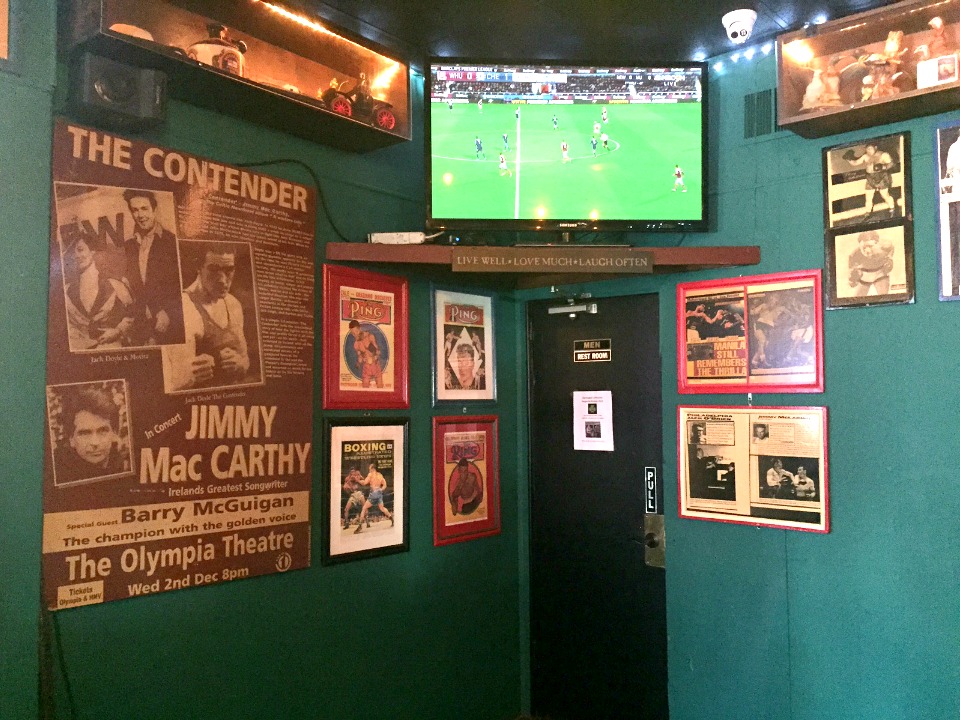 When we asked him what changes he's made in his five months of owning the bar, Peter says "not much." And that's the way he's going to handle the business—small changes will be made over the next year, but in order to keep the regulars and character of the place, things will happen slowly and naturally.

The first project Peter tackled was to give the bar a good cleaning—which Harry Harrington's was in dire need of. The walls painted, and a lot of the clutter on the walls was removed and filed away for future use. Down the line he'll make a few upgrades, such as adding wainscoting to the walls, but the spacious yet cozy vibe of the bar will stay the same.

In addition, last week saw the bar's beer tap selection more than double. After operating just five taps for decades, Peter decided it was time for the bar to upgrade. Thirteen new taps have been installed, and his personal favorite is Guinness, the old Irish classic. 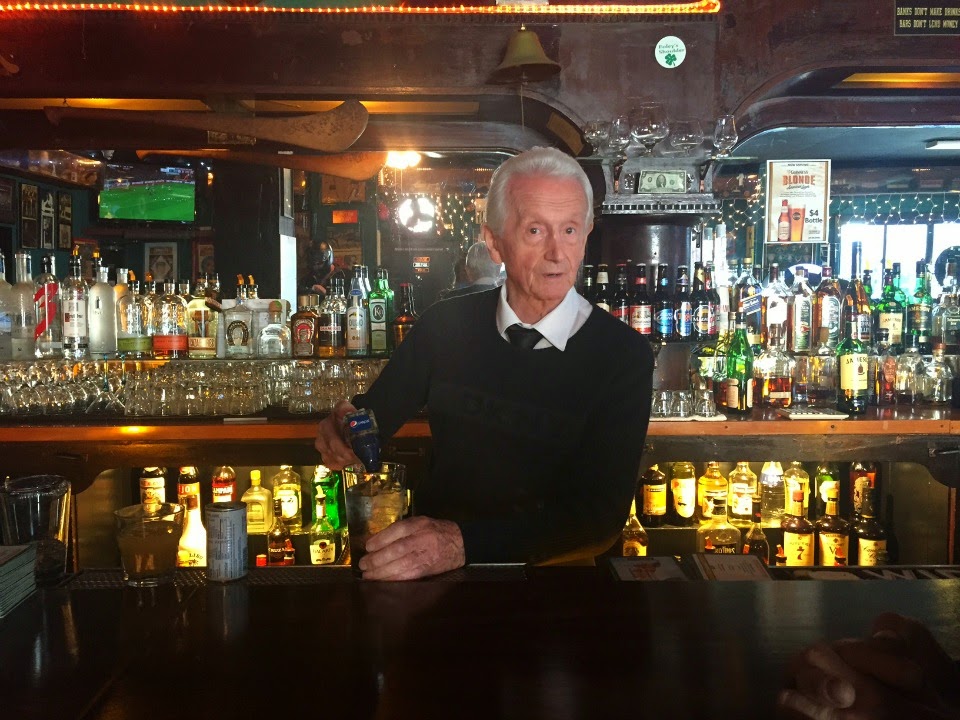 As for the man serving the drinks, he's new to Harry's, but not to Peter. Jimmy is Italian and an old friend—literally and figuratively. He's the "oldest bartender in San Francisco," he boasts, turning 89 in May of this year. According to Jimmy, the only older bartender in the country is a 93-year-old in Chicago. With his dapper style of dress and determination to die behind the bar, Jimmy is one of Harry Harrington's best new assets.

In the coming months, one more big change will be coming to Harry Harrington's, in the form of fish and chips and more. Peter has purchased the space next door, and plans to expand the space and put in an upgraded kitchen. Classic Irish pub fare, similar to that offered at the Irish Bank, will be served.

And with that, the corner of Turk and Larkin in the Tenderloin will appear even more like an Irish pub, with shepherd's pie on the menu along with a fresh frothy pint of Guinness. Add in twice-monthly karaoke nights and you've got food, drink and entertainment. And with St. Patrick's Day coming up on March 17th, Harry Harrington's will be featuring musical guests Fergus and Michael, an Irish duo who will be playing Harry Harrington's for the 20th time in their career.