Many of the victims of January's fire on McAllister and Scott are still without permanent homes, and a local bar is stepping up to lend a helping hand. On Wednesday night Mini Bar will be hosting a raffle and fundraiser for residents displaced by the fire, and a number of local Divisadero businesses have donated services and prizes.

As a reminder, a 4-alarm fire broke out on the corner of McAllister and Scott on January 31st. The fire affected three buildings and 17 units, displacing 25 residents. To complicate things further, the building was recently sold to real estate magnate Russell Flynn, meaning that many of the residents have not had an established point person to help navigate insurance claims or re-entry into the building.

According to a recent newsletter from Park Station, an arson report was filed and the cause is under investigation. 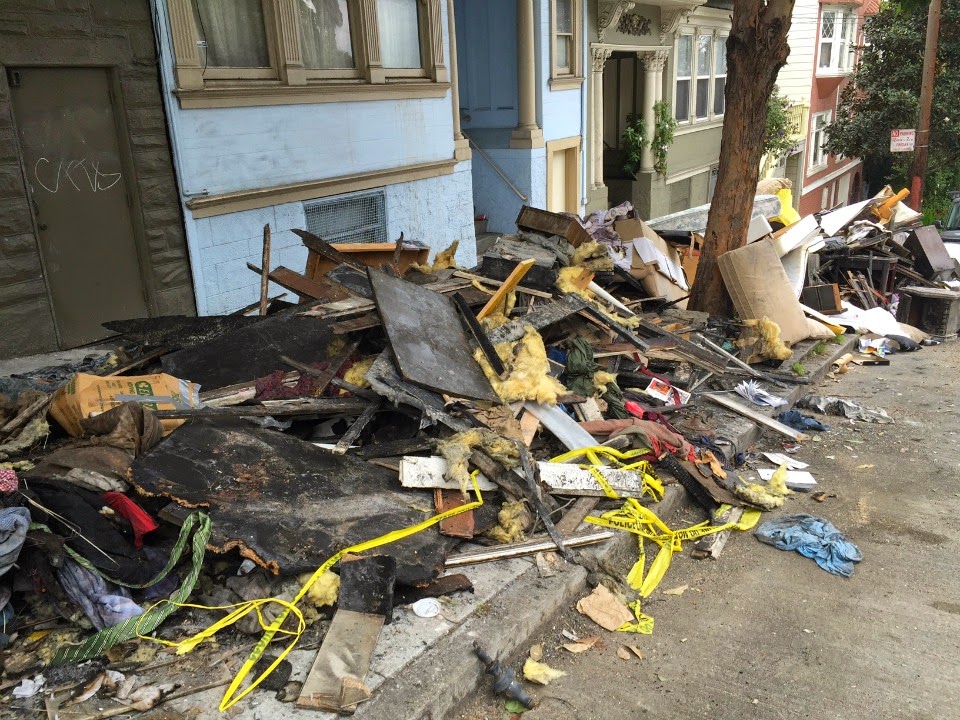 From 5pm to 9pm on Wednesday, Mini Bar will be donating part of the bar's proceeds to the cause, as well as cash donations. As an added perk, a raffle will be held with gift certificates and items donated by local businesses.

The raffle drawing will take place at 8pm, but participants don't need to be in attendance to win. Tickets are on sale now, with one ticket for $5 or a bundle of five for $20.

All funds raised will go to the Alamo Square Neighborhood Association's Fire Fund, which to date has raised $6,241 for the displaced residents.