While its original home in Corona Heights undergoes renovations, the Randall Museum has popped up at the Mission Art Center. To mark the Randall's first week at the temporary location, Hoodline spoke with the museum's science program and facility coordinator, Marcus Wojtkowiak, to learn more about its current offerings.

Just one month after the Randall closed up shop, the pop-up's animal exhibits are open, and special programs have resumed. For the next year, as it occupies its new home, the museum seeks to maintain its robust educational programming for the public.

“Being here is way better than being in the dark,” said Wojtkowiak, who was at the new location last Saturday to host his Drop-In Science program. 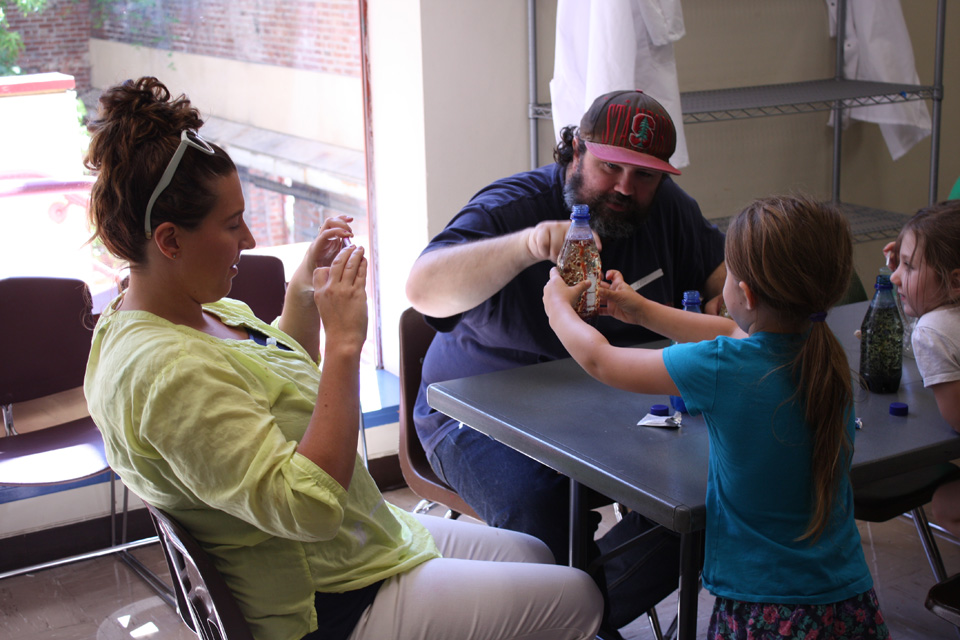 For this week's program, parents and children teamed up to create lava lamps with an inventive combination of cooking oil, food coloring, and Alka-Seltzer tablets. As he led the group of around ten attendees, Wojtkowiak stressed the importance of creating a space for parents and children to come and learn in an accessible, affordable environment. “This program is super-affordable … it’s $5 per parent and child group. It’s not just the kids that I’m working with; the parents have the same ‘aha’ moments. Everybody’s learning together.” 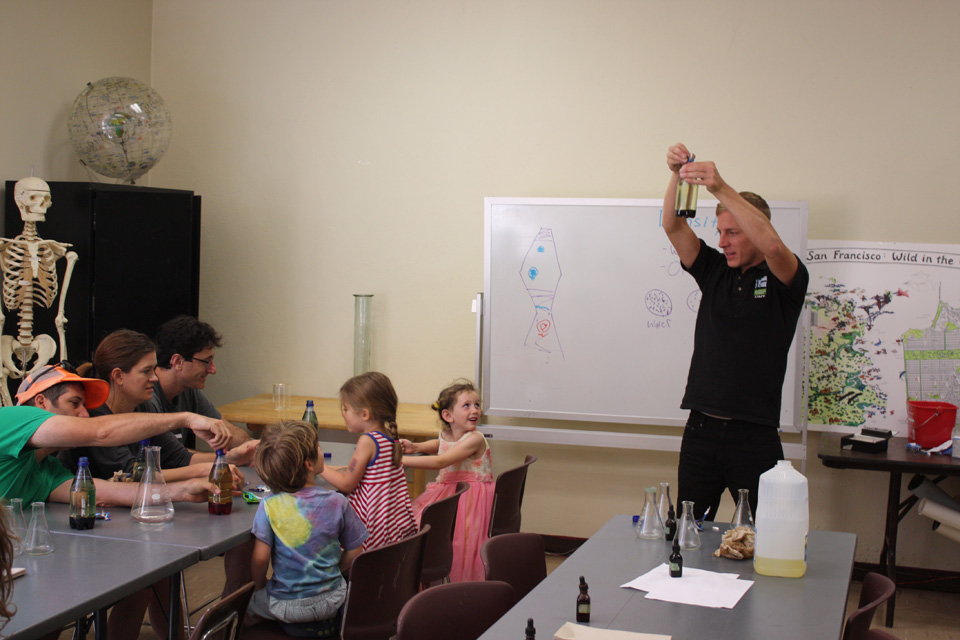 Many of the program's patrons were Randall Museum regulars who made the trip to the new space out of habit and appreciation. “It’s further from our home, but we like the programs,” said Ed, a parent who regularly takes his six-year-old son Ian to the Saturdaymorning program. “We’ve been coming for four or five years.” When asked about his favorite part of visiting the museum, Ian didn’t hesitate: “Paper rockets!”

The new digs may lack the commanding views of Corona Heights, but they provide an intimate and manageable configuration for staff and visitors alike. “The Mission Recreation Center next door didn’t have enough programming to fully utilize the space, so [the Mission Art Center] was a perfect fit,” said the Randall's executive director, Chris Boettcher. “It was already part of SF Recreation and Parks’ portfolio, so it was a relatively easy transition.” 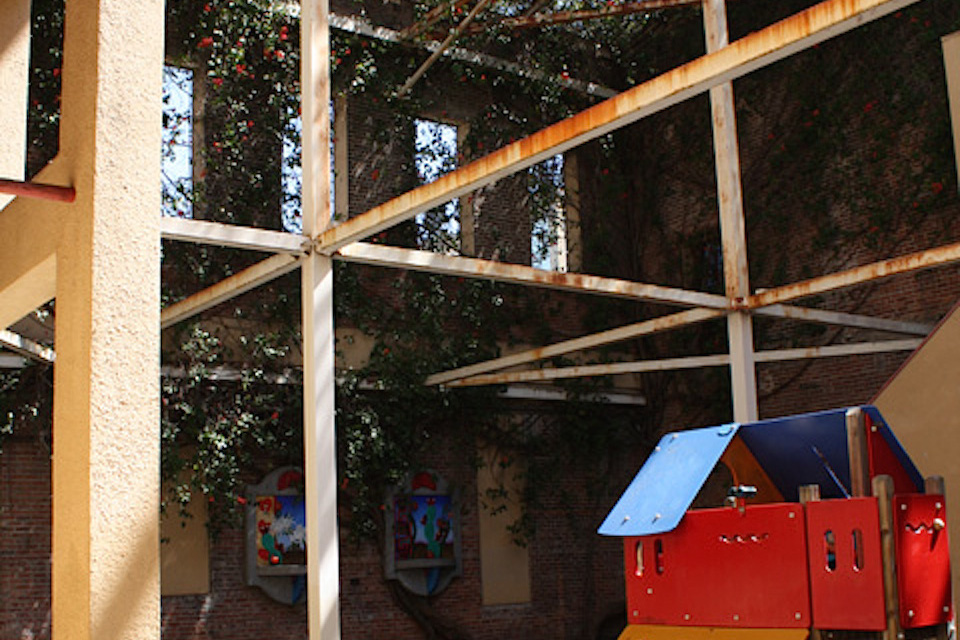 The educators are also coming to appreciate their temporary home. Wojtkowiak's class was held in a sunlit second-floor classroom that looks out over the hidden interior courtyard and playground that the Art Center shares with the Recreation Center. “This room was full of stuff and was dirty when we moved in, but it’s a different environment now, and we’re happy,” Wojtkowiak said. “The courtyard is super cool; smaller, but it works. We’re excited to do some classes outside in the coming weeks.”

For now, staff offices and other administrative assets remain at the Randall's original location. “It’s going to be a bit challenging until October, when we consolidate and the real demolition gets underway. But we’re making it work for now,” said Wojtkowiak. 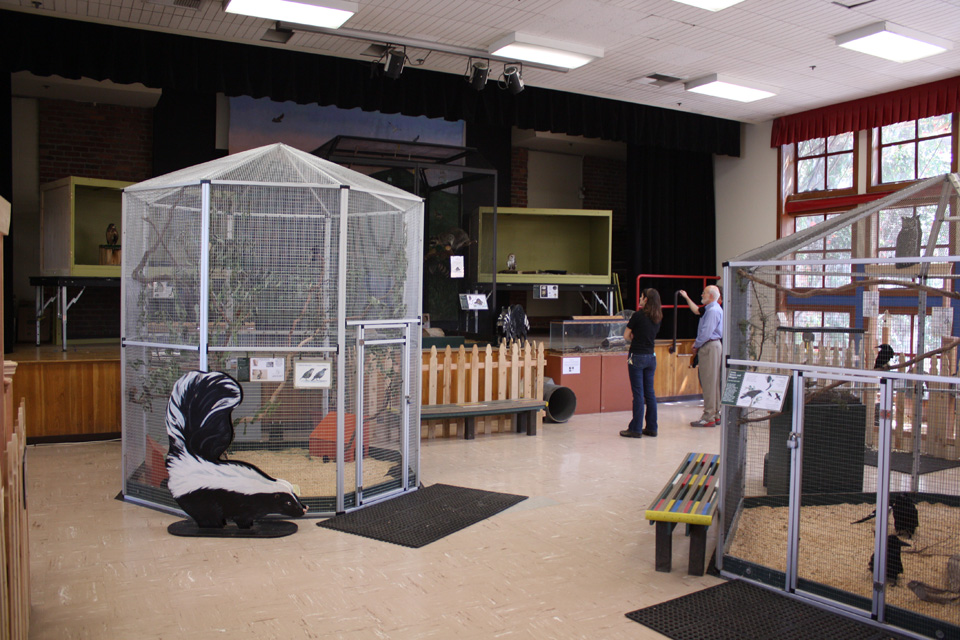 The Randall's collection of rescued live animals have all made the trip as well. In fact, they seem largely unfazed by the move, perhaps because their original habitats have remained intact. Even the barn owl sat calmly in its open-air cage, surveying the adjacent raccoons, quail, guinea pigs, ducks, and other animals scattered comfortably around the room. The animal pen, where kids and parents can feed animals and get up close and personal a few at a time, is still a crowd favorite. 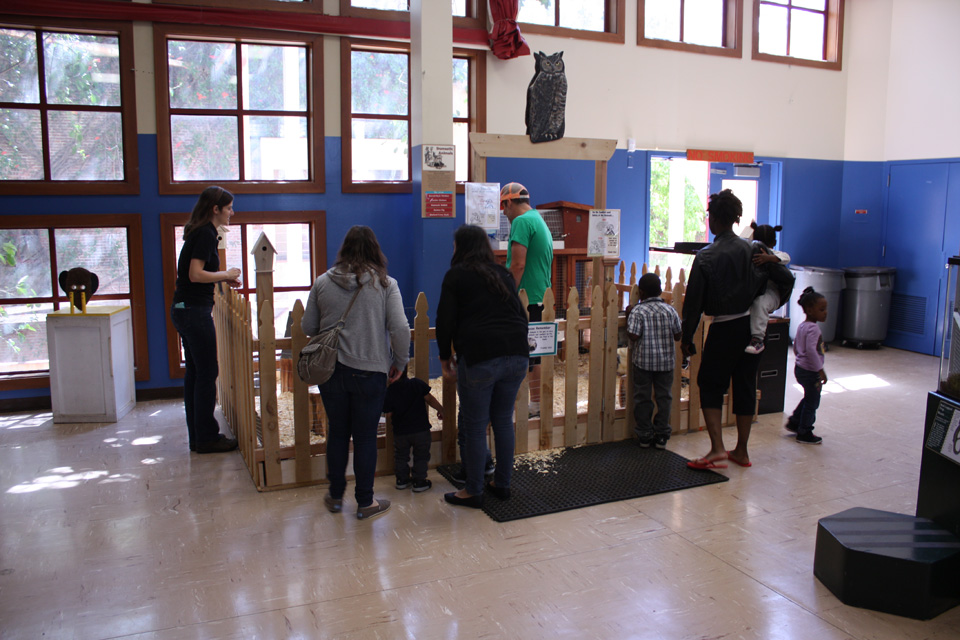 While Saturday's turnout was smaller than usual, Boettcher expects more families to visit when signage is added to the exterior and the central lobby space is reprogrammed. “We’re working on a plan to activate this space, so you’re drawn in from the beginning.”

The museum hopes to continue to find its groove as it settles in over the coming weeks and months. Stay tuned for further coverage of its stint in the Mission, as well as updates on the big renovation.

The Randall Museum at the Mission Art Center, located at 745 Treat Ave., is open Tuesday-Saturday, 10am-5pm, and closed on Sundays and Mondays. More information on events and activities can be found on the museum's website.

San FranciscoCastroMission
About 6 hours ago