Over the past 239 years, the face of San Francisco has been a work in progress. To help illustrate these changes, we combed through the San Francisco Public Library's History Center archive and combined images of the Polk area of yesteryear with modern day shots. Enjoy!

Looking down Union Street, between Larkin and Polk 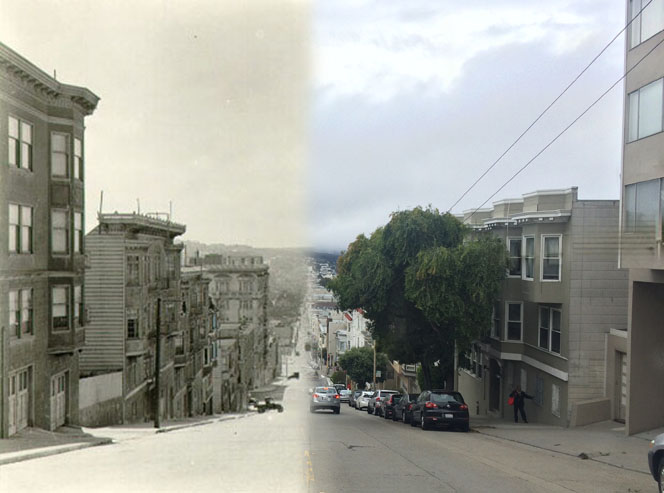 On July 26th, 1926 (to the left), a Ford Model T can be seen ahead on the corner that will one day be home to Tonic. Many of the sturdy Victorian townhouses will remain 90 years later, and rows of trees will be planted on the western slope of Russian Hill. 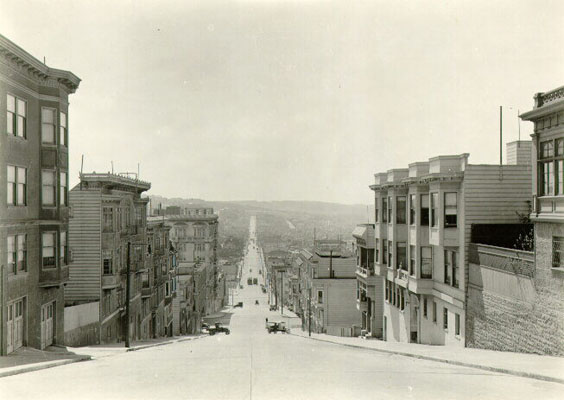 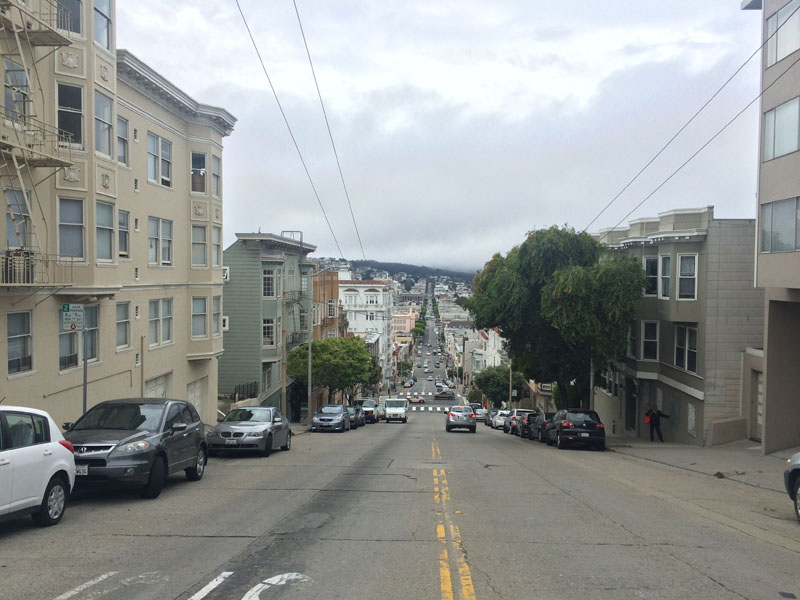 Looking east on Polk, at the intersection of Vallejo 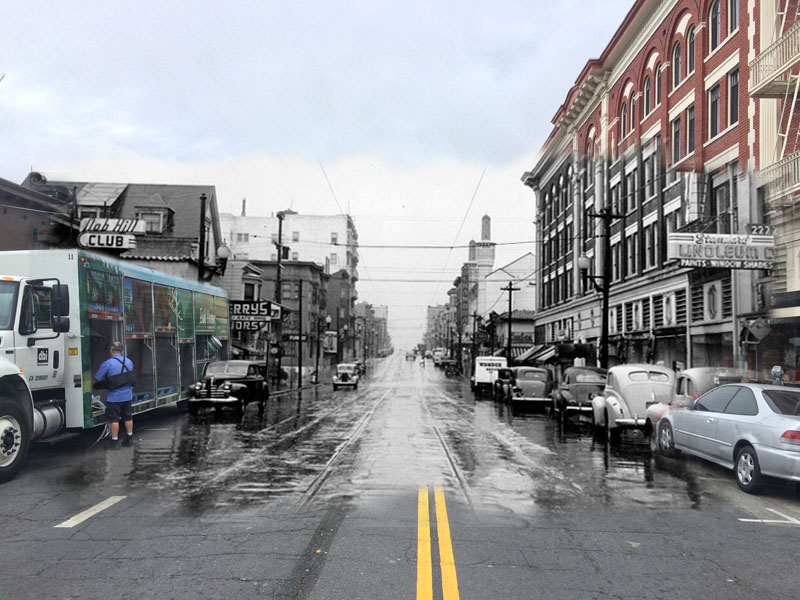 A modern day beer truck is making a delivery in front of House Rules, the newest suitor to 2227 Polk. Back on January 3rd, 1945 (below) the Nob Hill Club was still serving suds and, if you walked past Green Street on the right, you might see people watching movies in the Alhambra rather than working out. Moviegoers at the time were probably seeing news reels featuring thrilling victories for General Patton, who was driving tanks across Europe in the final months of World War II. 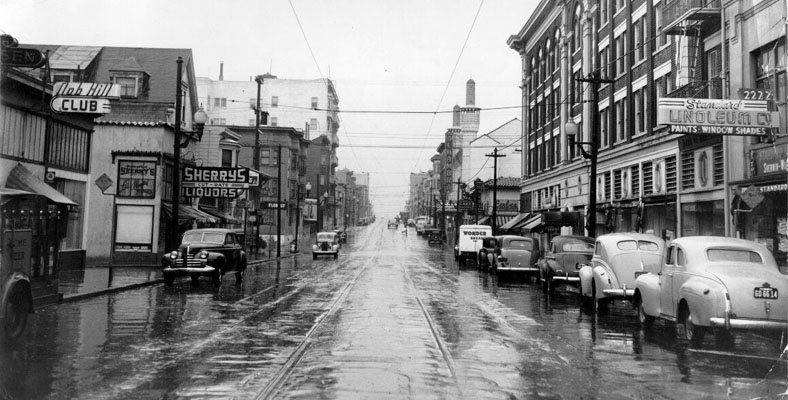 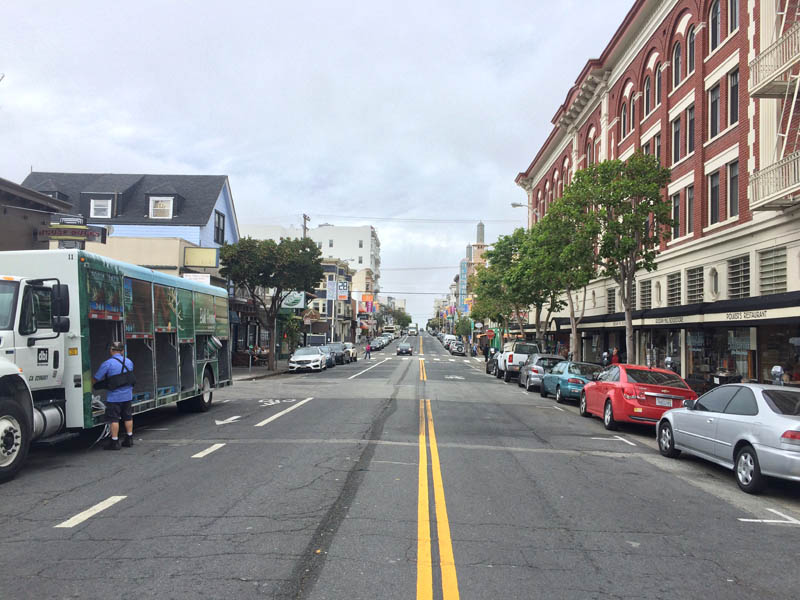 At the corner of Polk and Pine 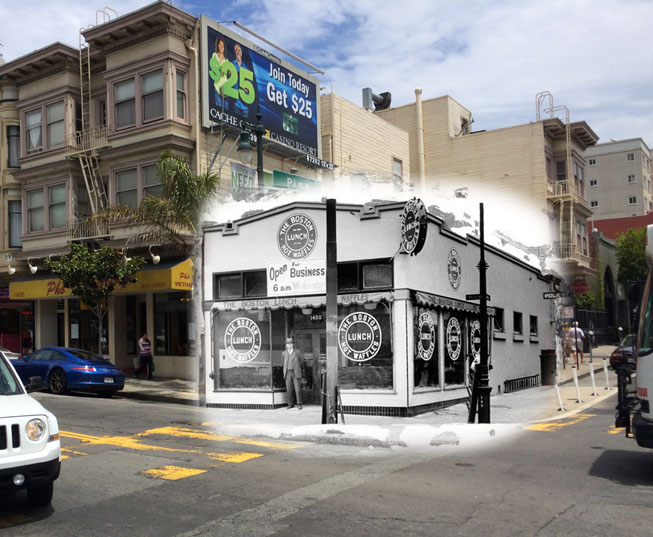 On June 8th, 1927, a man stands in the doorway of The Boston Lunch. The building will go through many incarnations and a few coats of paint before it becomes Royal Liquors in 1984. The owner, Sammy, has his own vast collection of photos of the edifice and knows the building's lineage down to its foundation. 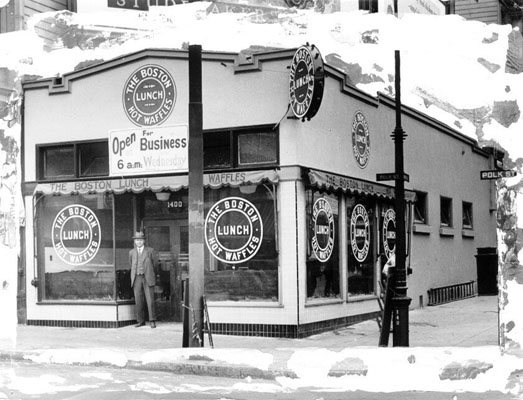 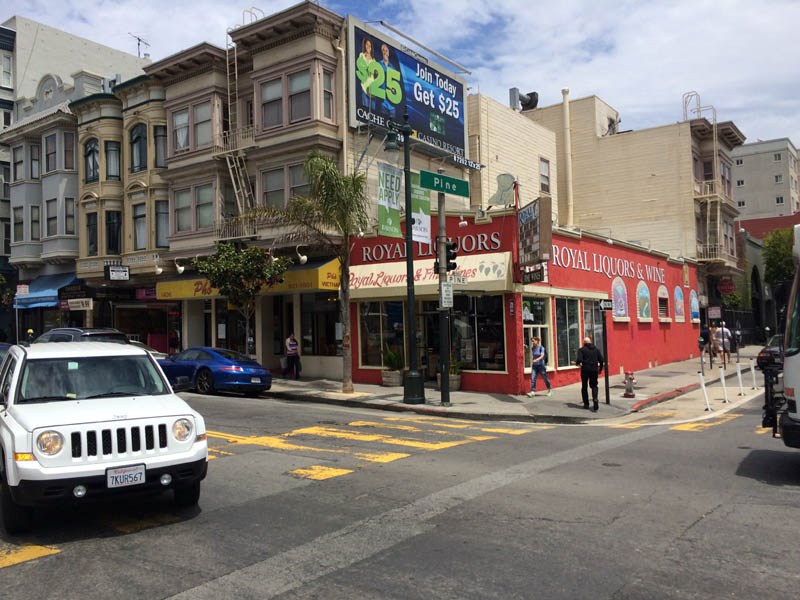