This article, written by Marjorie Beggs, was originally published in Central City Extra's November 2015 issue (pdf). You can find the newspaper distributed around area cafes, nonprofits, City Hall offices, SROs and other residences – and in the periodicals section on the fifth floor of the Main Library.

Sam Dodge squeezed a lot into the half-hour before his weekly meeting at the Navigation Center with staff of city departments and nonprofit agencies. He checked in with the front desk supervisors and the living room/kitchen coordinator, checked out the condition of a few center “dormitories” where up to 75 people can be housed, and talked on his cell phone, putting out fires and sounding every inch the new director of the Mayor’s Office of Housing, Opportunity, Partnership & Engagement—HOPE.

Dodge spent most of 2014 as deputy to HOPE Director Bevan Dufty, otherwise known as the city's homeless czar. When Dufty announced his retirement on Oct. 12th, Dodge was appointed to take over the slot.

The seven-month-old Navigation Center, Dodge’s brainchild, has become the centerpiece of HOPE. Located on Mission Street off 16th, it will take in entire encampments of homeless people (plus their pets), providing beds, food, clean bathrooms and no strict curfews. And they can stay until a case manager finds them more permanent housing, which now is taking an average of two months.

Overall, clients are staying at the center an average of 51 days before they “exit” to permanent housing or shelters, are sent home to the care of family or friends, or have an “unstable exit”—mostly just walking away back to the streets.

The center is Dodge’s baby, and he’s quick to acknowledge its kinks.

“At today’s meeting—with representatives from DPH, HSA, DPW, SFPD, Budget Office, the Controller’s Office, Episcopal Community Services and HOPE—we spent some time going over the metrics the controller is thinking of using for rating the Navigation Center’s work,” he said. Among them are weekly stats on housing placements and exits, and numbers of those still at the center after a year.

Those at the meeting talked about individuals who moved out the previous week and the next groups moving in—six people from two encampments, in the Cesar Chavez/101 area and 14th and Mission.

“And,” Dodge said, “we also dove into some issues Navigation Center staff have been grappling with—lack of documentation, IDs, working with injection drug users.”

Those are problems and client populations that the congenial, conscientious Dodge, 40, has tended to for most of his career among the down and out.

After two years as a union organizer for the California Nurses Association and the SEIU, he became a fixture in the Tenderloin, beginning in 2000 as a Tenderloin Housing Clinic tenant organizer. A year later, he founded THC’s Central City SRO Collaborative, supervising 12 staff and 30 peer organizers who advocated to force SRO landlords to keep their residential hotels safe and habitable. They trained tenants in organizing skills, including how to monitor for safety hazards, and convened annual tenant meetings. 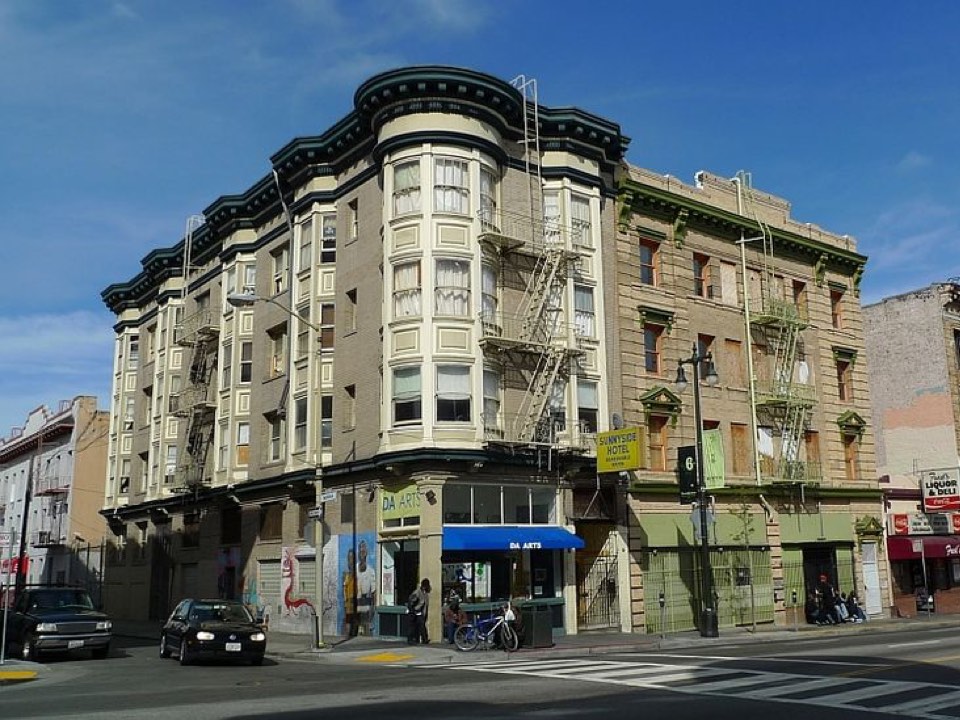 “Sam’s someone I really trust in his new position,” says Sara Shortt, executive director of the Housing Rights Committee of S.F., who was Dodge’s colleague during those years. “He comes from a perspective that’s very aware of the realities of people on the street. He’s also compassionate and a real roll-up-your-sleeves person. He has heart and understanding, plus he’s a pragmatic problem-solver.”

Dodge says his work in Tenderloin SROs primed him for the new job—“SROs are at the nexus between homelessness and housing,” he notes—but what he did afterward honed his skills. He left the city in 2007 and spent a year helping a buddy set up a bee operation on his Oregon farm.

Next stop: New York City, the proverbial city that never sleeps. Indeed, Dodge didn’t sleep much for the five years he lived there. He took evening and weekend classes at Columbia University toward a master’s in public policy, and much of that time also worked full-time for the city Department of Homeless Services in its Manhattan Street Homeless Solutions unit, which shelters nearly 60,000 nightly. He got married, and his first child was born.

When he returned to San Francisco in 2014, Dodge worked as a DPW analyst, helping investigate issues at homeless encampments, coordinating with social services and collecting data. Soon, Dufty tapped him to be his deputy director.

“My time in New York really set me up for this San Francisco job,” Dodge says. He notes that the similarity of the two coastal cities—super-high rents that push many into homelessness—is overshadowed by weather differences.

Surprisingly, however, the two cities count roughly the same number of street homeless: 3,500. (San Francisco reported a total 6,686 homeless in January, but of those, 3,100 were considered “sheltered,” living in public or private shelters, cars, or other places “not designed for or ordinarily used as a regular sleeping accommodation for human beings.”)

“To me, the comparable street homeless numbers say New York’s right to shelter works,” he says. “But New York also has a parallel system, transitional shelters they call ‘safe havens,’ that are comparable to our Navigation Center.“ New York’s 10 safe havens have more than 670 beds.

As deputy director of HOPE, Dodge got the opportunity to use that East Coast model. An anonymous donor came to him, he says, and offered $3 million “with no strings” if the city would “do something about the street homeless.” The conceptual idea and framework for the Navigation Center were his, he says, and he scouted and found the location, helped supervise the construction with DPW and managed the budget. Of the $3 million, two-thirds went to center buildout and operations, one-third to permanent housing for those leaving the center.

He found the site in December—a 36,000-square-foot parcel with 12 aging but freshly painted portable buildings, five of them dorms, ringing a large courtyard filled with picnic tables under white tents. The center opened three months later. Marshall Elementary School and Phoenix Continuation High School, previously occupied the site, which had been vacant since 2002. Dodge credits Dufty with leading the way in getting Mission District residents and business owners to accept the center. “NIMBY is a big issue—it always is—but Bevan got them to not only accept, but welcome, the program.” 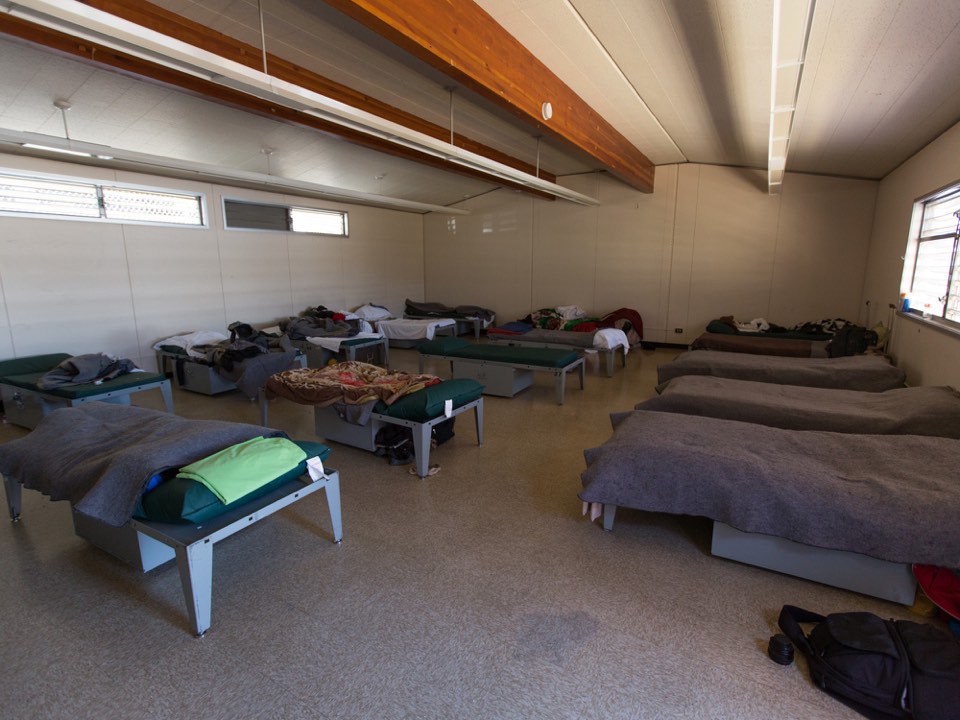 More centers are needed. In September, the mayor allocated $3 million in city funds to expand the program, and approved plans to master lease 500 SRO units to house people leaving the Navigation Center. Dodge heads up that Streets to Homes initiative, too. Among the SROs slated for that program are the Civic Center and Drake hotels, he says.

Shortt is confident that Dodge, given his ability to work within the system, social justice background and “position against criminalizing homelessness,” will get high marks from public and private stakeholders.

“Sam really cares about housing and homeless issues,” she says. “My only reservation is whether he’ll be able to tolerate the pressures that may come with the job and the administration he’s working under.”

On his way into the weekly meeting in one of the portable buildings, Dodge stopped in the courtyard to pet a small dog who was unleashed but sticking close to his owner. Of the 236 people who’ve cycled through the Navigation Center since it opened, 16 percent have brought pets. That’s about 40 dogs, Dodge estimates.