If you've spent time at Caffe Trieste in North Beach, chances are you've run into Poet Laureate Emeritus of San Francisco Jack Hirschman. He's such a fixture there, the Wikipedia entry on Trieste even mentions him.

Hirschman is recognizable by his long black coat, black hat and red scarf, which he seems to wear year-round, no matter the weather. We recently sat down over a cup of coffee at Trieste to talk about North Beach and a rapidly changing San Francisco; the self-described communist also had plenty to say about broader societal and political issues. 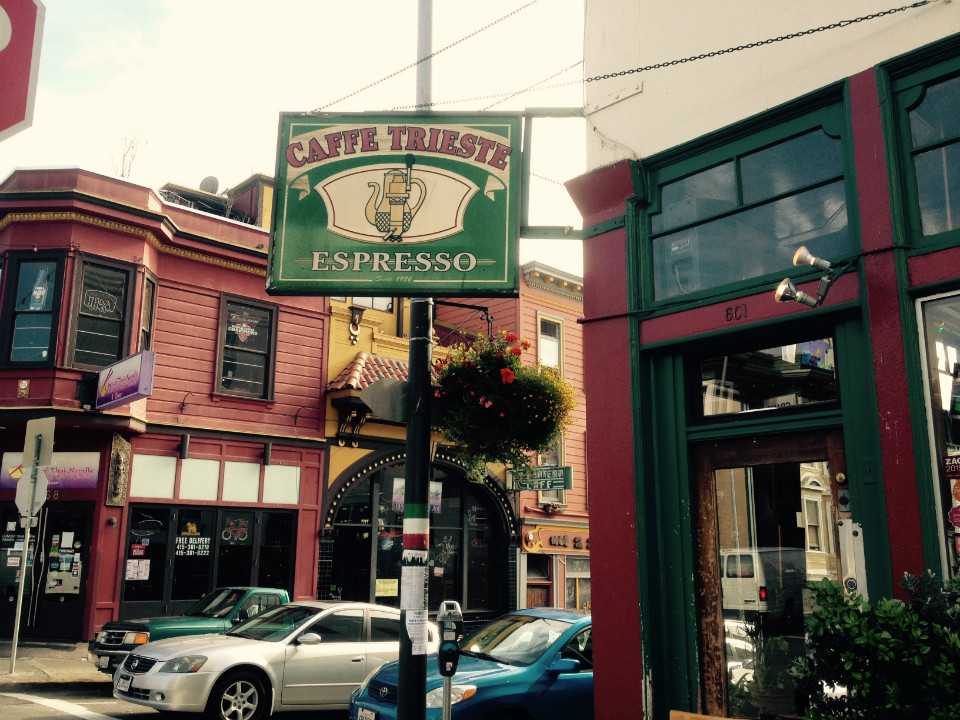 Hirschman has called North Beach home since 1972, after being forced to leave his teaching position at the University of California at Los Angeles during the Vietnam War. At the time, he urged students to become more politically active and oppose the war, and was considered too radical for academia. He hasn’t taught at the university level since, and he still holds strong views.

“You must get this very clearly and carefully," he told us. "We led the capitalist world after the fall of the Soviet Union. And then we had September 11th, built on a foundation of lies. They told us there were weapons of mass destruction, but that was a lie. We now know that the people that govern this country are full of lies. And these lies orchestrate everything that we as a people are afraid of.”

Hirschman often sells copies of the People's Tribune, an independent newspaper that advocates overturning the economic system and replacing it with one that "meets the needs of the people," as its website states. He discusses his disdain for anything connected to “corporate America,” and—in his views—the lies that the U.S. government has been feeding its people since President Ronald Reagan first took office in 1981.

He loathes corporations and their influence on what he calls a “corrupt capitalistic system.” That influence, he said he believes, has also infiltrated San Francisco's local government. He's written about these views in many of his poems. One poem in particular, though not necessarily about San Francisco, exemplifies this. Here's an excerpt from “When” from Endless Threshold (Willimantic, CT: Curbstone Press, 1992):

When I saw in the council chambers of the big city
the mouths of the council members
opening and coming down
on the fat sandwiches
that'd been delivered to their places,
coming down and chewing and leaning over talking
with half-stuffed mouths, or heads thrown back
laughing, their bellies chortling,
and all the while
one after another homeless person
stood not far from them
but far enough from them
before a microphone
requesting help for their most basic human wounds,
protesting against a syndrome without alternatives
except for skid-row hotels or a concentration
camp in the downtown desert; –

Hirschman’s life goals are to create a more equitable society, give power to the people and eradicate homelessness. His activism through his artwork and poetry is more important now than ever, he said—especially when in August 2015, San Francisco Mayor Edwin Lee said in a statement that the homeless “are going to have to leave,” in preparation for a Super Bowl 50 City fan village at the foot of Market Street and in Justin Herman Plaza.

Hirschman has a deep compassion for those less fortunate and for those forced to live on the street to survive. In the late 1980s, he helped start a chapter for the National Union of the Homeless in San Francisco. The Union, founded in Philadelphia in 1985, hoped to give people who were most vulnerable a more prominent voice in the conversation about how to end homelessness in this country. His poem “Home” was written to highlight his solidarity with those in need:

Winter has come.
In doorways, in alleys at the top of church steps,
under cardboard, under rag-blankets,
or, if lucky, in plastic sacks,
another day of humiliation,
sleeping,
freezing,
isolated, divided, penniless,
jobless, wheezing, dirty,
skin wrapped around cold bones,
that’s us, that’s us in the USA.

Despite his outlook that the American government has failed its people, he has a soft spot for his neighborhood and its people. In a documentary about his life, The Red Poet, narrated by Matt Gonzalez, he says, “North Beach is a place where I have sat in cafes and I’ve sung—you know, sung—not merely read poetry, have sung, and have wept and laughed, and fought. It’s a place that is very dear to me. It’s very central in my life." 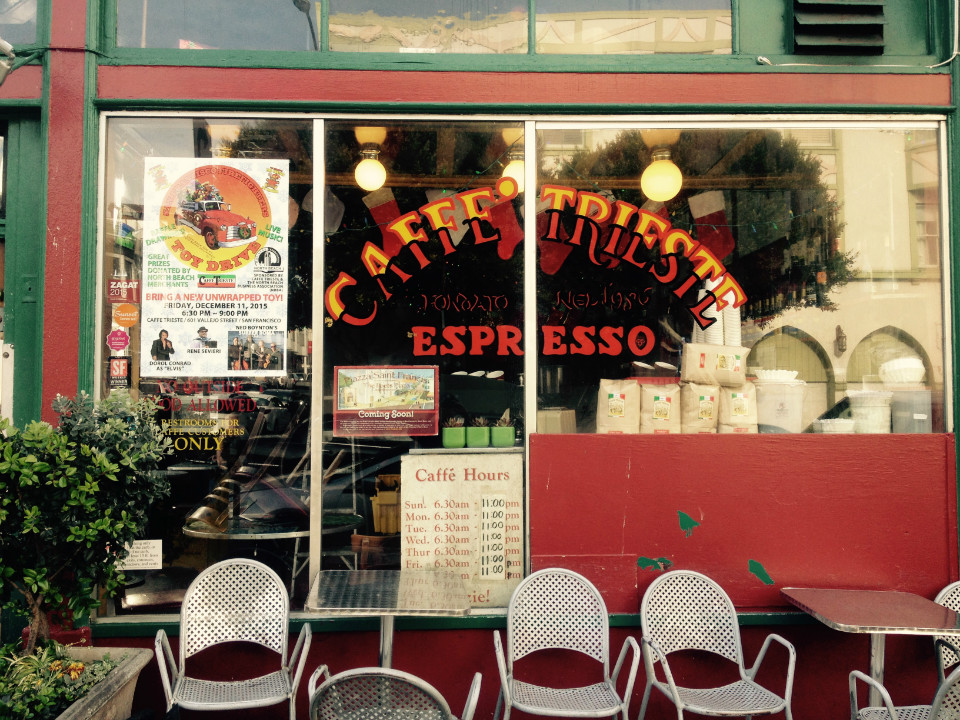 “There were poetry readings five nights a week back then,” he said. “But in the '80s, they began to vanish. Rent was going up at the cafes and they wouldn’t make enough money to continue holding readings.”

Hirschman can't fathom why people raise rents so high, causing prices to be passed onto the consumers in the neighborhood. For example, he loves bok choy. He really loves bok choy, and is happy to tell you about it at length. He has a favorite spot that he goes to in Chinatown, where he has a noodle soup for 70 cents a bowl. After a coming back from a recent business trip, he was frustrated to find out that his bok choy soup was now 80 cents “for no reason at all.”

It's no secret North Beach—and San Francisco in general—is an expensive place to live, especially for a poet. While Hirschman is Poet-in-Residence with the Friends of the San Francisco Public Library, “it doesn’t pay the rent,” he tells us. The multilingual poet does speaking engagements in Europe to supplement his income and allow him to stay in the neighborhood and city that he loves. If it weren’t for these opportunities, he said, he wouldn’t know where else he would go. It would be tough to find such a community as he has found in North Beach if he had to leave, he added.

Hirschman says that there are a lot of people in the neighborhood who are worried about rising rents and the high cost of living in San Francisco. In fact, he learned recently that the building he and his wife are living in is being sold. “I’m 82 now, so I am not too worried [about having to leave], but having these potential buyers coming into my home is unsettling.”

Most people seem to be on edge about the rental and housing situation in the city, and many blame the influx of newcomers to the neighborhood and to the city as the main culprits—especially from those benefiting from what has been described as the “Twitter Tax Break.”

But unlike many, Hirschman doesn’t blame the rising costs and high rent on San Francisco’s newcomers in the technology industry. He considers tech workers as part of the working class as well, and blames the corporations who employ them for creating a housing affordability crisis in the city. 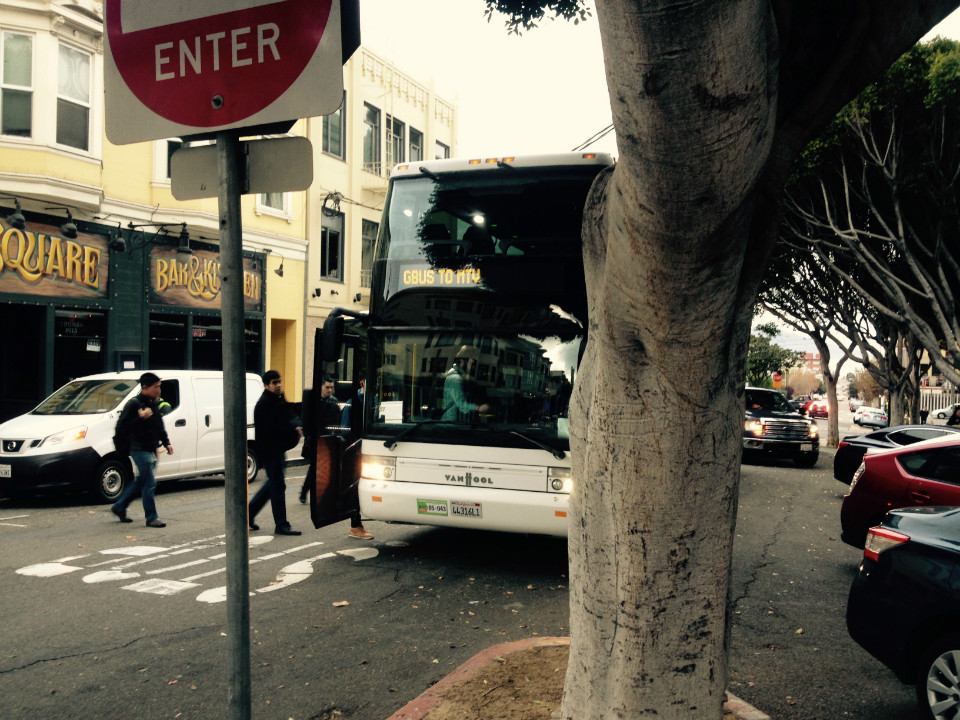 True to his spirit and desire for a more equitable society, he puts the onus on those technology corporations which have been welcomed to the city. At the same time, he encourages the new working class members of the tech world to become more interested in the communities that they now call home. We asked him about a solution to some of the city's problems, and he responded with a quote by Mussolini: “Don’t you know that fascism is the wrong word? It’s corporatism.”

Hirschman has published over 100 poems and his latest appear in “Overthrowing Capitalism,” with 62 other poets as part of the Revolutionary Poets Brigade, which he helped found.