Roughly A Dozen Trees Are Slated For Removal From Alamo Square

In the early 1800s, the area that is now Alamo Square was simply a hill with one lone cottonwood tree (fun fact: “alamo” means “cottonwood” in Spanish). These days, the park is home to over 160 trees, providing a shady canopy for morning workouts, tourists, and dog walkers alike.

However, trees, like all living things, have a natural lifespan, and many of the ones in Alamo Square are getting up there in age. The older a tree is, the higher the risk of failure—like a branch or tree falling. That's why Recreation and Parks is embarking on a new campaign to replace dead and dying trees in the park, which they haven't done since 1981.

As you walk through the park, you'll now see signs posted on several trees, announcing their eventual removal. After a survey of the park’s trees, Recreation and Parks said it plans to remove between 10 and 12 of them from Alamo Square. 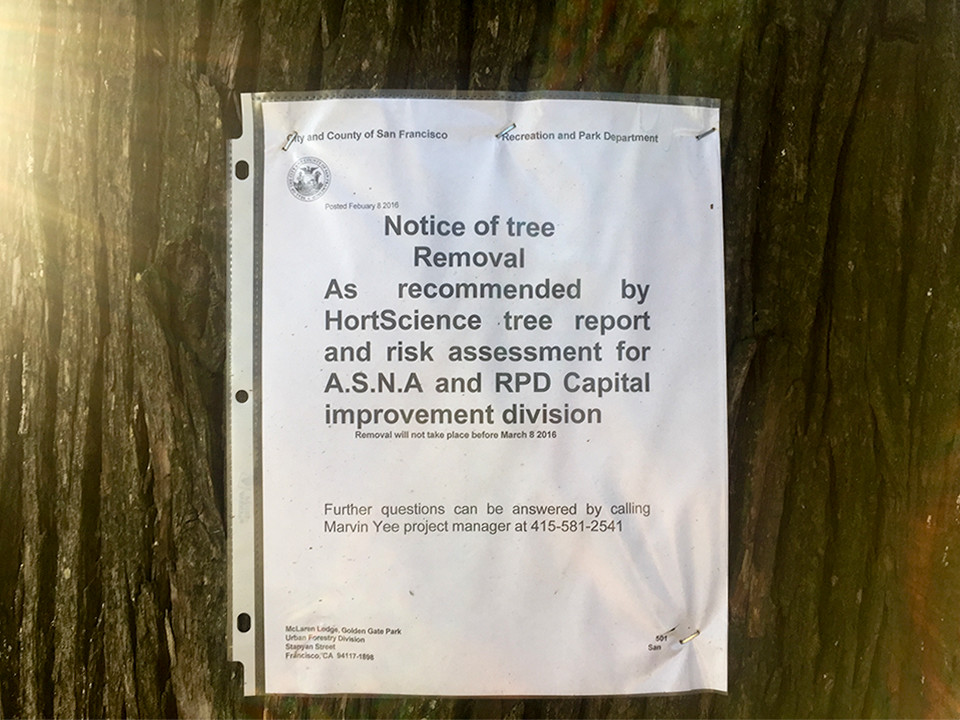 The Alamo Square Neighborhood Association paid for the latest tree study, which was conducted by HortScience. It found that out of the 166 trees in the square, roughly a quarter are in poor condition, with either "decay, a history of failure, small canopies with twig dieback and other defects.”

In terms of suitability for preservation, over 60 percent (105) of Alamo Square's trees were rated poorly. That means they will decline regardless of management, due to age, health problems, and/or issues with structural integrity. 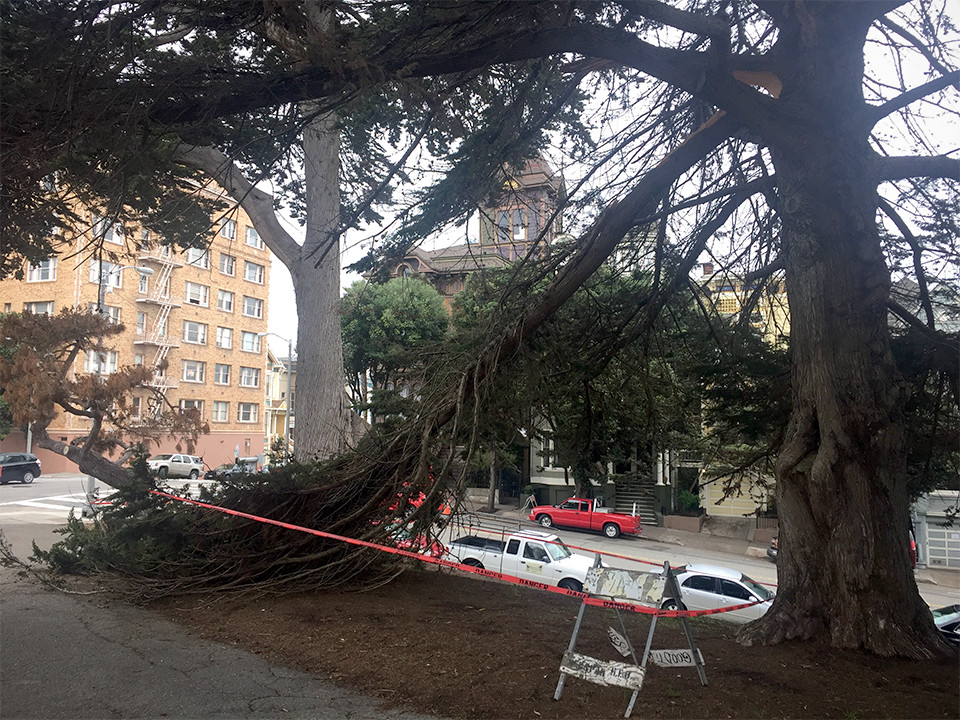 A fallen branch in January. Drought-weakened trees have been more susceptible to failures during this year's El Niño rains. (Photo: R. A. Schuetz/Hoodline)

To choose the trees for removal, HortScience rated each tree based on three risk components: 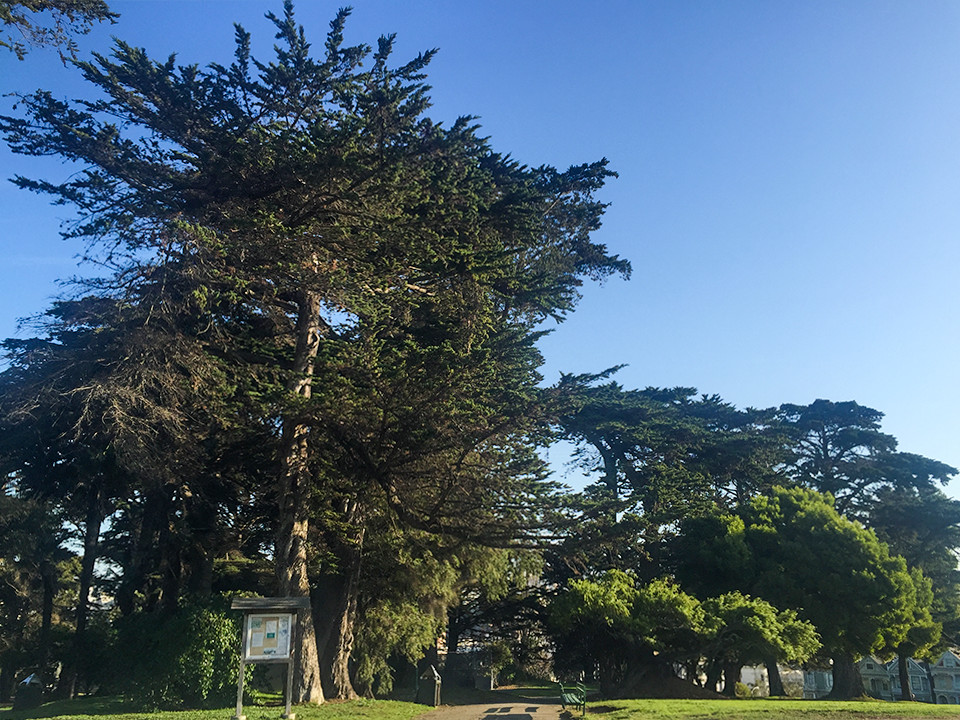 A Monterey cypress with a risk rating of eight, slated for removal. On average, these trees fail at 66 years of age. (Photo: R. A. Schuetz/Hoodline)

Each of those three components was rated on a one-to-four scale, with four being the highest risk. From there, all three ratings were then added together to create a total risk rating. According to the report, the City’s Recreation and Park Department policy is to abate trees ranked nine or above; five Alamo Square trees earned a grade of nine or higher. Six other highly ranked trees were also recommended for removal, due to other risk factors. Recreation and Parks staff will make up for the 10-12 missing trees by planting over 40 new trees in the months and years after Alamo Square is renovated, a process that begins this April. The trees need to be planted over a span of several years, to diversify the age and species composition of the park’s canopy. We will update you with details about the replanting process.