Scenes From A Cliffside Dog Rescue At Fort Funston

Tipster Noah B. wrote in today to report a dramatic cliffside dog rescue that took place at Fort Funston yesterday. "The dog seemed uninjured" after its rescue, he reported.

He also included a series of photos documenting the incident, which saw firefighters rappel down the side of a cliff to retrieve the dog, which appeared to be a particularly adorable cocker spaniel Cavalier King Charles Spaniel.

Here are some scenes from the rescue: 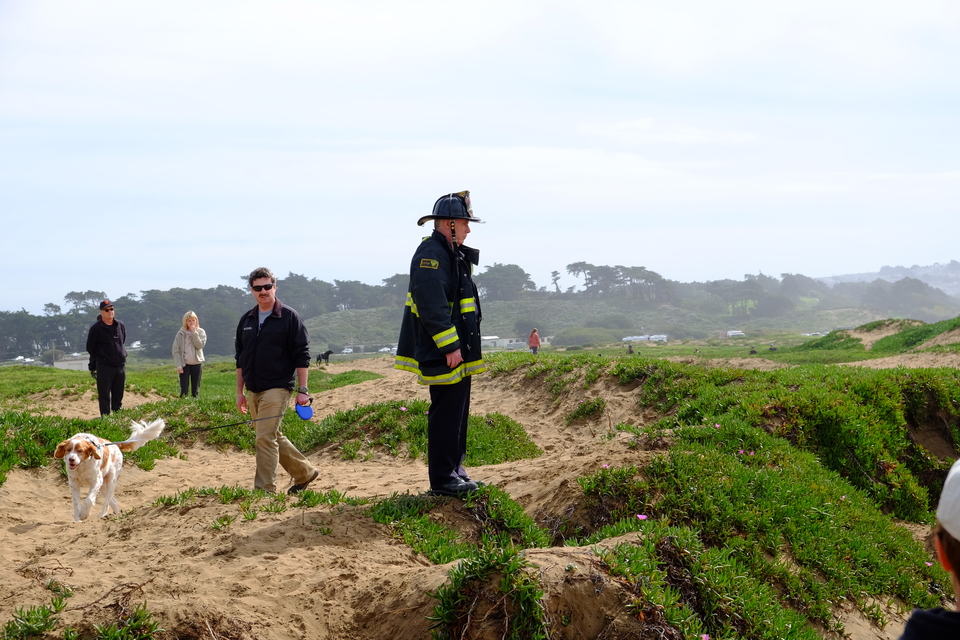 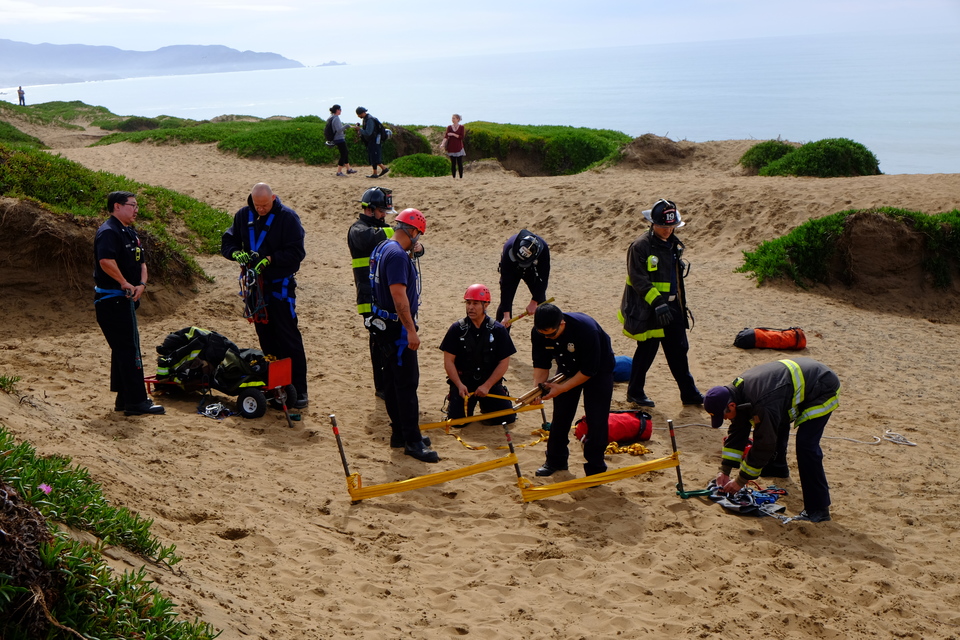 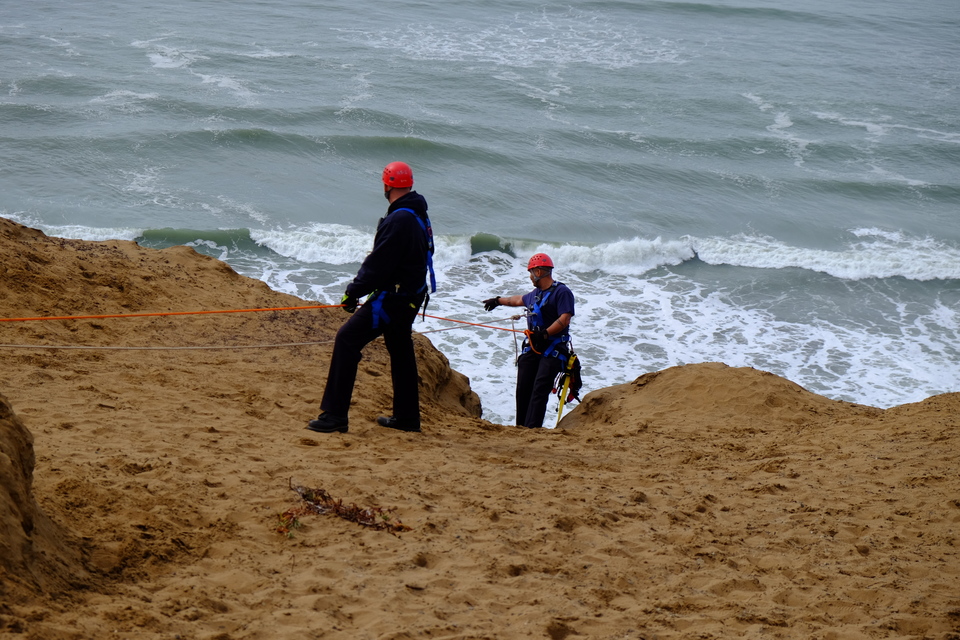 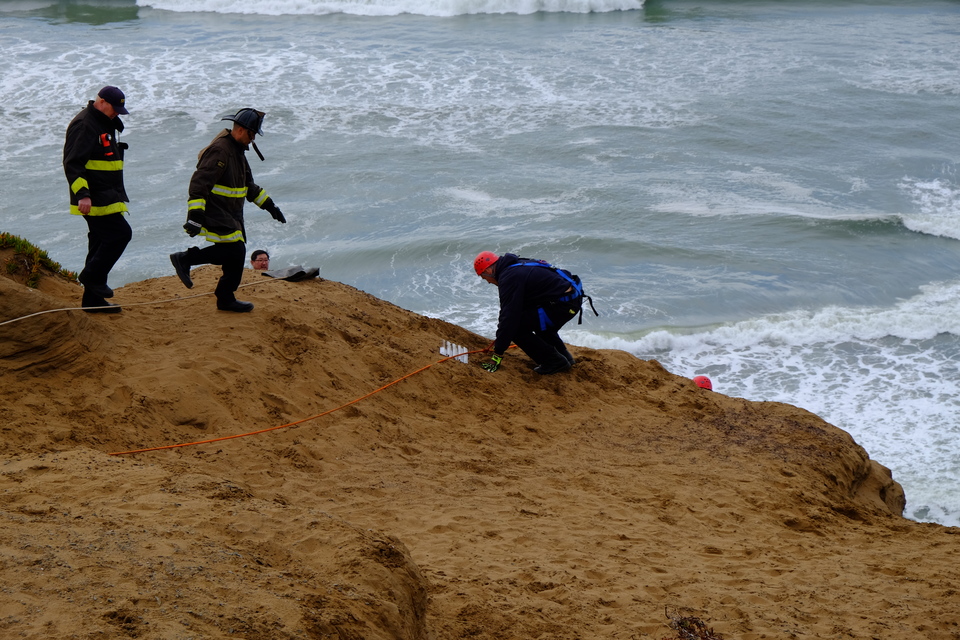 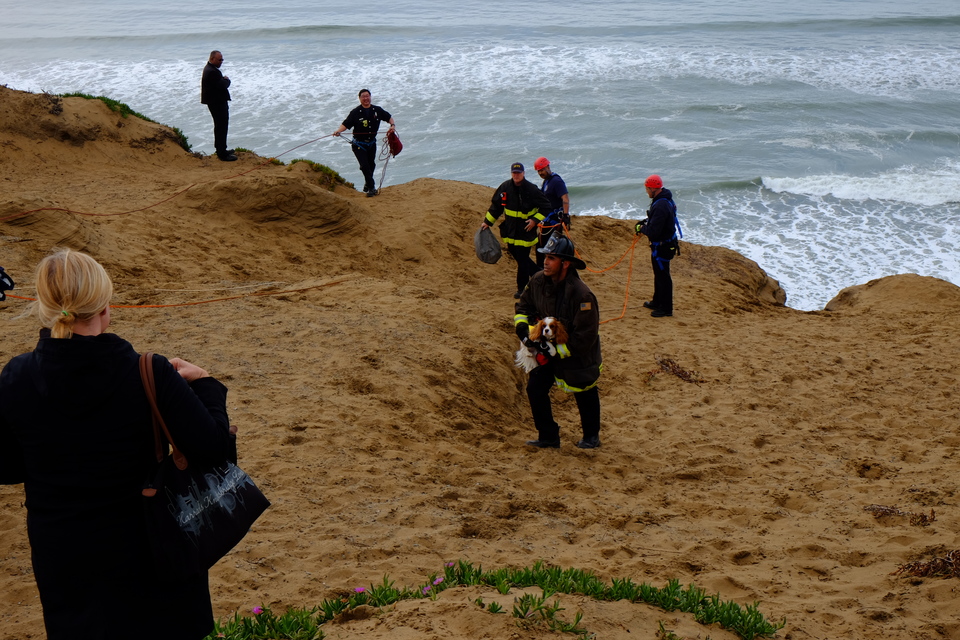 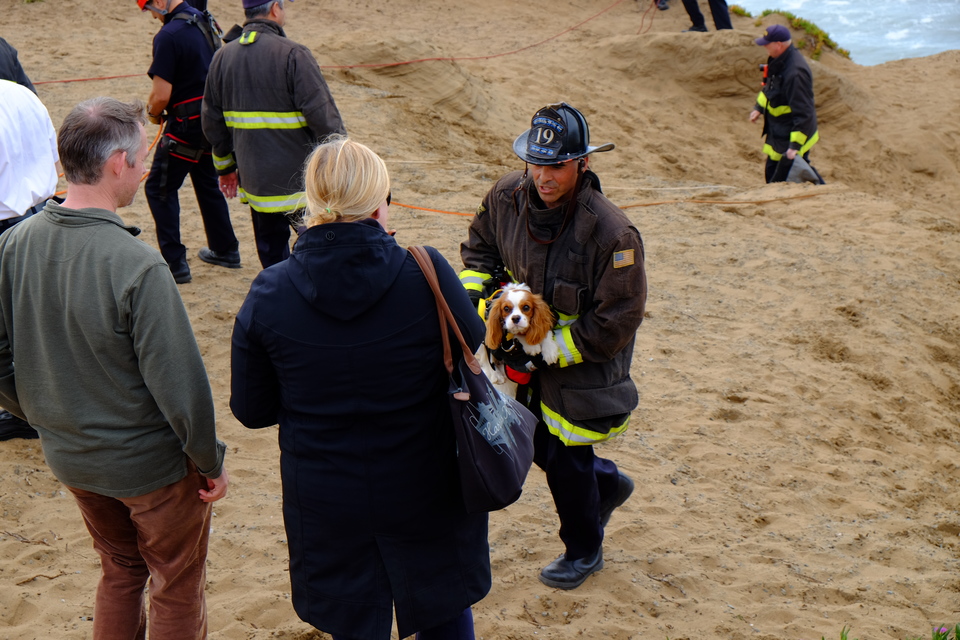 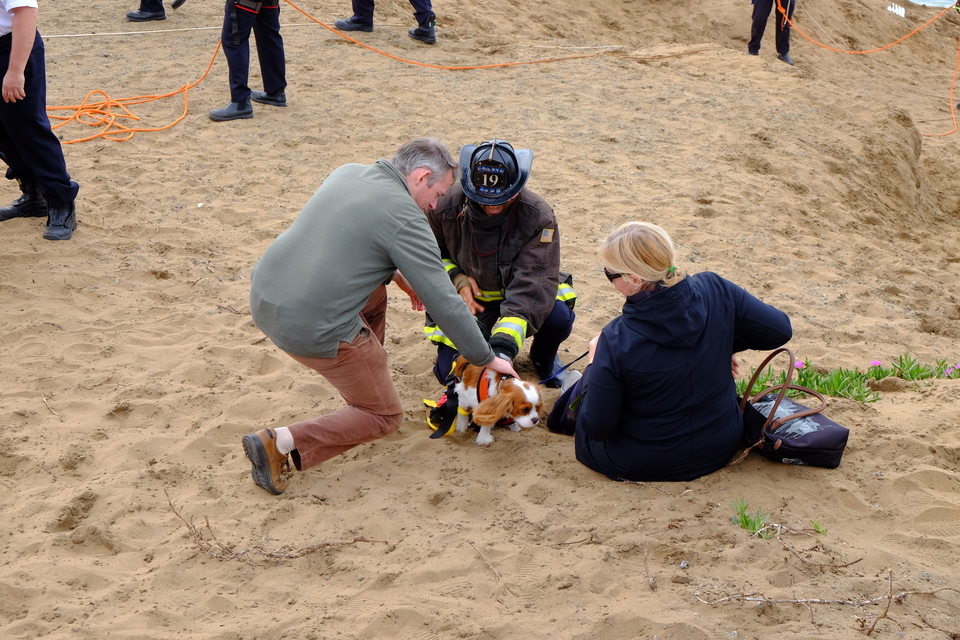 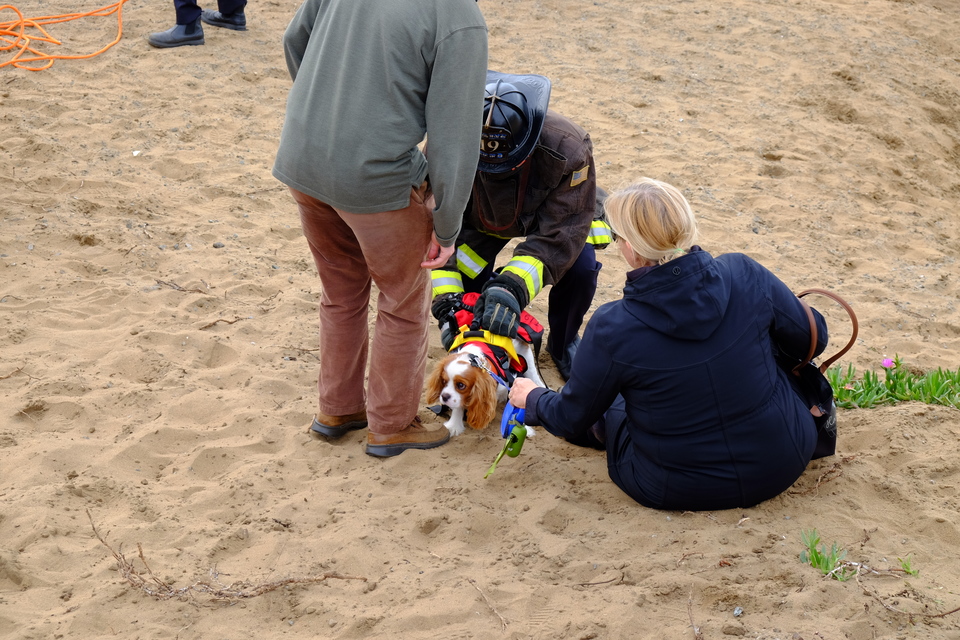 The SFFD reported the rescue as in-process shortly after 12:30pm on Sunday, with the rescue completed and the dog returned to its owners before 2pm:

UPDATE FOR DOG RESCUE AT FUNSTON. DOG IS UP AND SAFE, UNITS IN ON OWN pic.twitter.com/PdClB01wqX

Thanks to tipster Noah B. for the photos!