Urban hikers refer to Mt. Sutro as a "cloud forest," citing the thick fog that hugs slopes studded with pungent, towering eucalyptus trees. These days, it's the Mt. Sutro Open Space Reserve, but over the years, the 909-foot mountain has also been the site of an anti-aircraft missile battery, an active lumber mill, and a kidnappers' hideout.

But on the foggy, rainy afternoon of February 5th, 1960, the mountain became the center of the City's attention after a private plane crashed near its peak. The impact killed the pilot and a passenger, and a critically injured survivor remained trapped in a tree for hours.

According to news reports, pilot Anthony Kirsimagi was flying from Napa to San Carlos with co-workers John Drew and Joseph Pardo. Employees of a bathroom fixtures company, the men had spent the day working on tract homes in Vallejo. Kirsimagi radioed Oakland International Airport at 5:39 pm and "reported that he was flying at 700 feet in the clouds in the vicinity of the Bay Bridge," wrote the Chronicle. 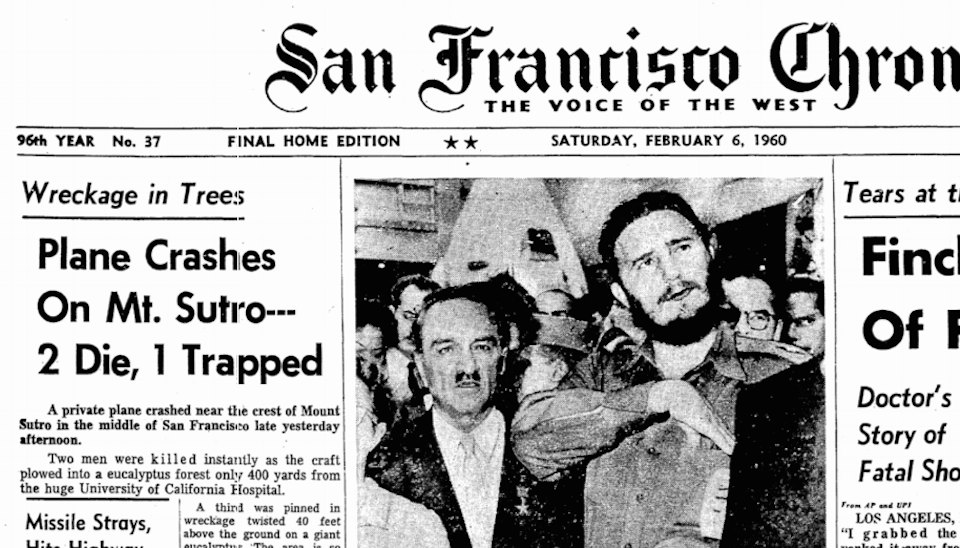 Kirsimagi contacted Oakland again a few minutes later to report that the plane was flying "clear of clouds, over Oakland, and heading 180," or due south. But in reality, he was badly off course. Minutes later, the Cessna 172 crashed into eucalyptus trees approximately 400 yards south of what is today UCSF Parnassus Hospital. The plane struck with such impact that its fuselage was wrapped around a tree, 40 feet above the forest floor.

Pilot Kirsimagi and passenger Drew were killed on impact, but Pardo survived, pinned under a seat with serious injuries to his legs and arms. Due to Mt. Sutro's rugged terrain and recent rain that had turned the ground into "a quagmire," rescuers from the San Francisco Fire Department couldn't find him until 9pm, more than three hours after the plane crashed.

At first, search teams thought the crash report may have been a hoax, since it wasn't heard by nearby residents. Even though a UCSF police officer found a "long aluminum section," SFFD officials "believed, for a while" that the debris might have been planted as part of an elaborate practical joke. When rescuers finally located the crashed plane, "the part in which Joe Pardo still lived was barely hanging from the trunk." 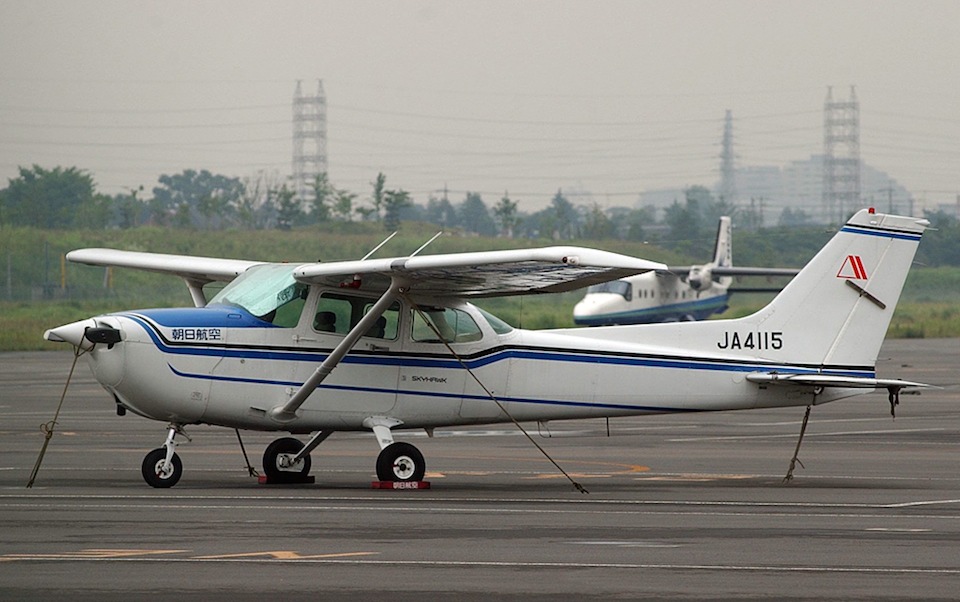 Once Pardo had been found, SFFD teams hand-carried generators, search lights and ladders 250 yards from the closest road, toiling into the night to remove Pardo from his perilous perch in the tree. After midnight, Dr. Maury Smith, a neurosurgeon from the nearby hospital, "climbed a ladder to reach his side and give sedation." A priest used a different ladder to administer last rites to the passengers who perished.

For hours, firemen on ladders used axes to hack their way inside the twisted cabin. Pardo lost consciousness just after 1am, and was pronounced dead at the scene at 2:45 am. Rescuers weren't able to free the other bodies from the wreck until 9am the following morning.

At the time of the crash, the area was shrouded in dense fog and rain, and aviation officials said Kirsimagi was warned in Napa against making the return flight to San Carlos. Due to damage to the plane's propeller, investigators said Kirsimagi may have panicked and put the plane in a deadly spiral in an attempt to fly below the clouds.

"It was just crazy to be up in weather like that in the first place," said Albert Gossard, an investigator for the Federal Aviation Administration. "He thought he was 700 feet over Oakland. When he discovered he wasn't, he may have just panicked out."