SFPD is asking for the public's help in finding a vehicle that was involved in a hit-and-run that killed a pedestrian last Friday, March 11th at Broadway and Powell Street. The incident occurred around 7am.

The vehicle is described as a white van with no windows, possibly a 1997–2002 Ford Econoline. SFPD spokesperson Albie Esparza said it may have front-end damage where it struck Sun-Choi Law, a 63-year-old San Francisco resident.

Witnesses told officers they saw the van driving southbound on Powell Street. It then made a right turn onto westbound Broadway, hitting Law. The van fled, and Law died at the scene. The circumstances surrounding the collision are still under investigation. Police got a shot from a video camera of the van in question, but the quality is low. 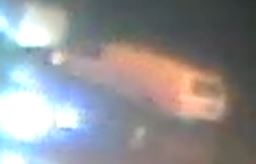 Anyone with information is urged to contact SFPD anonymously at (415) 575-4444 or text-a-tip to TIP411 with SFPD at the start of the message.

San FranciscoChinatownNorth Beach
About 10 hours ago