As Earth Day approaches, we're turning our attention to the city's parks and green spaces, large and small.

At the corner of Howard and Langton streets, the roar of traffic gives way to chirping birds. Tree branches, vines and flowering plants burst through and tumble over a perimeter iron fence, invading the sidewalk. You suddenly have the urge to take a deep breath. This is the Howard/Langton Mini-Park and Community Garden, and if the gate is open, don’t miss the chance to step inside. 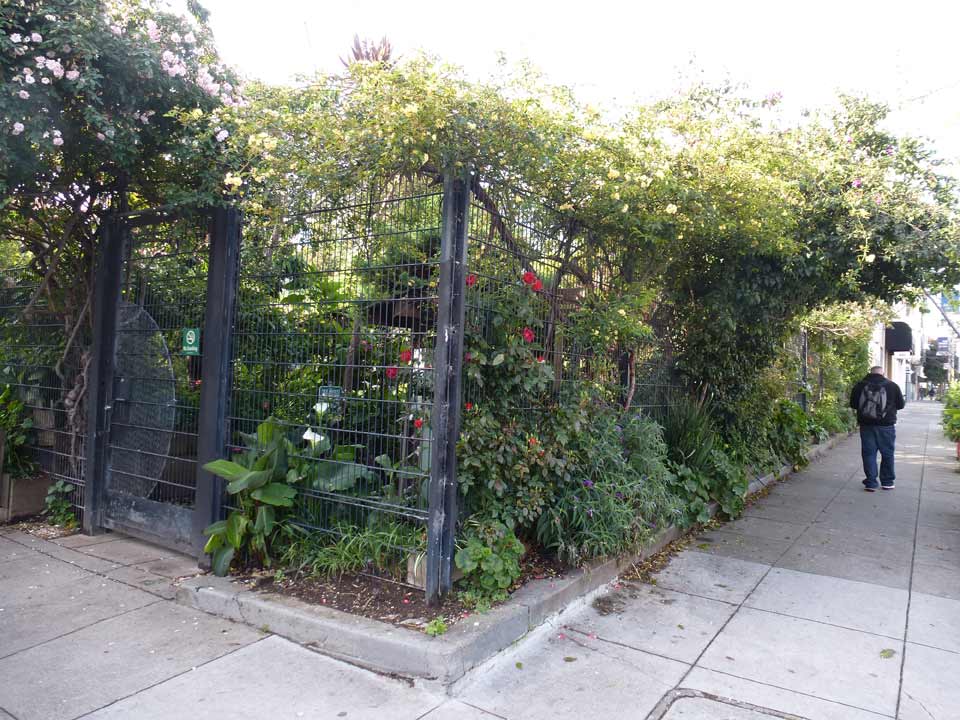 Duck under a trellis loaded with blooms and enter a maze of layered garden plots, flower beds, towering trees and gurgling fountains. The lot is bordered on two sides by streets, but city sounds are dampened because the plantings are so dense. Faded scenes from a Filipino-American friendship mural peek through tree tops along the wall of an adjacent building. 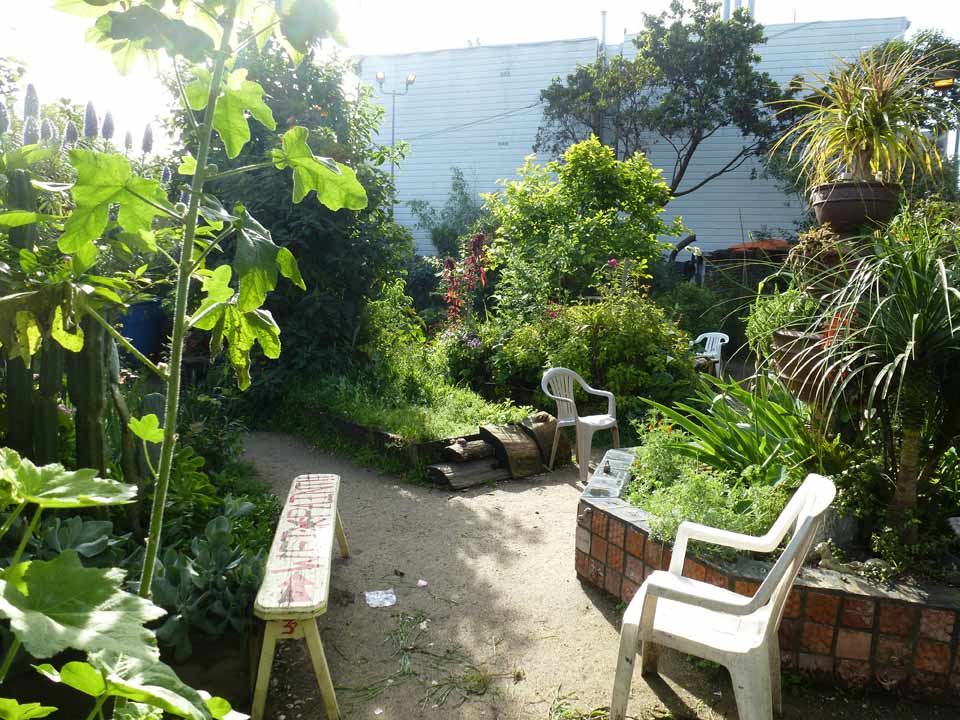 Benches and chairs are set up for solitary reflection or clustered to encourage group gatherings. Each garden plot exhibits the owner’s creative touch. It’s a treasure trove of wind chimes, shrines, string lights, found objects and shimmering things. A large gazebo serves the occasional wedding, and there's even a meditation corner. 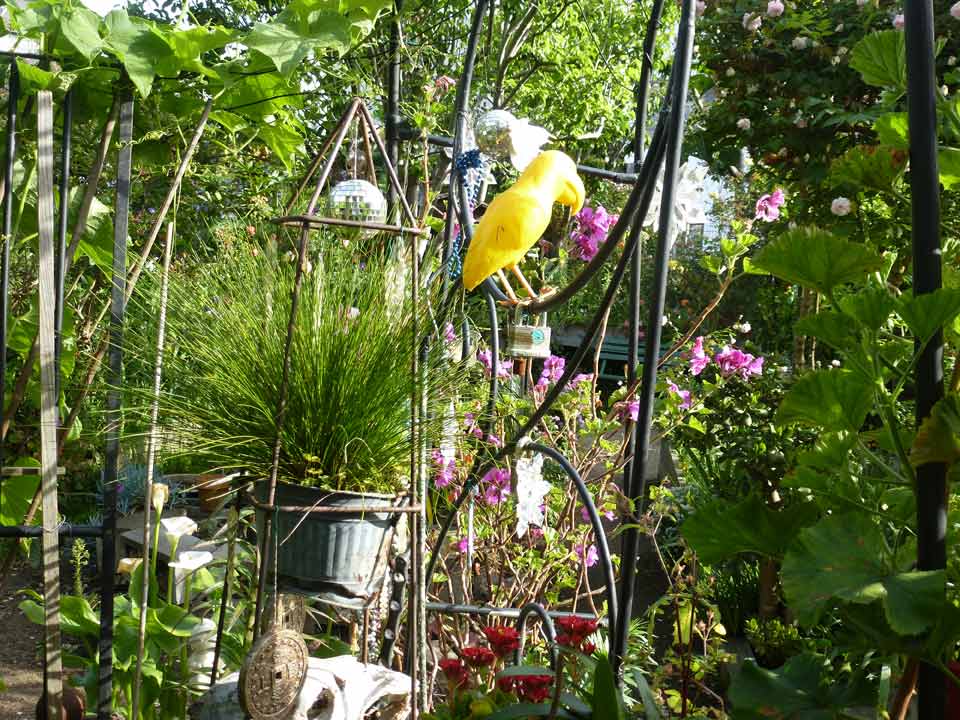 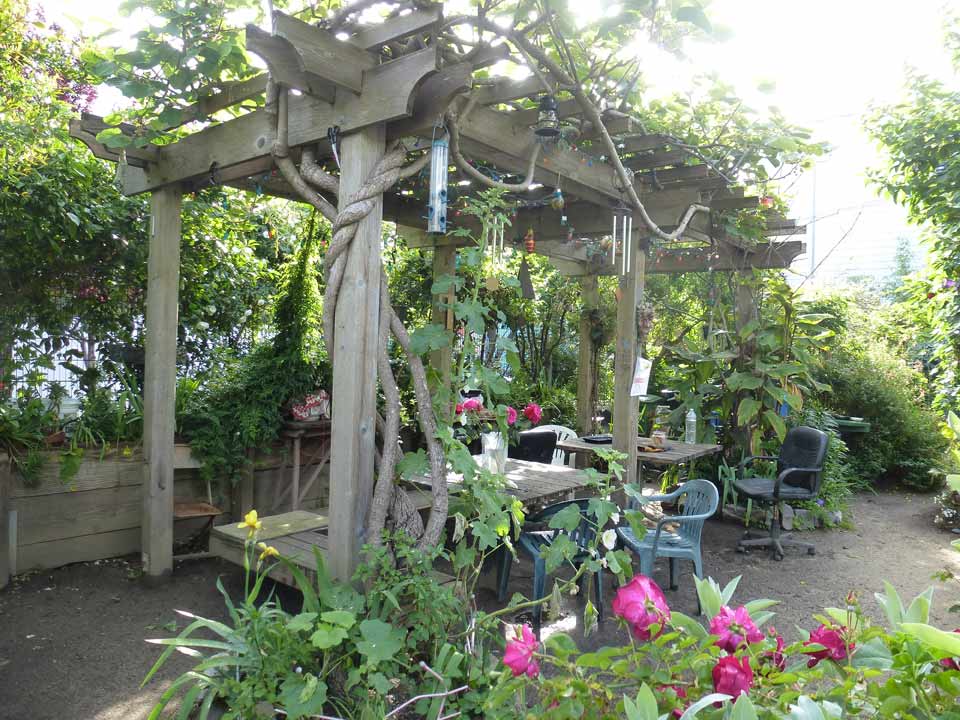 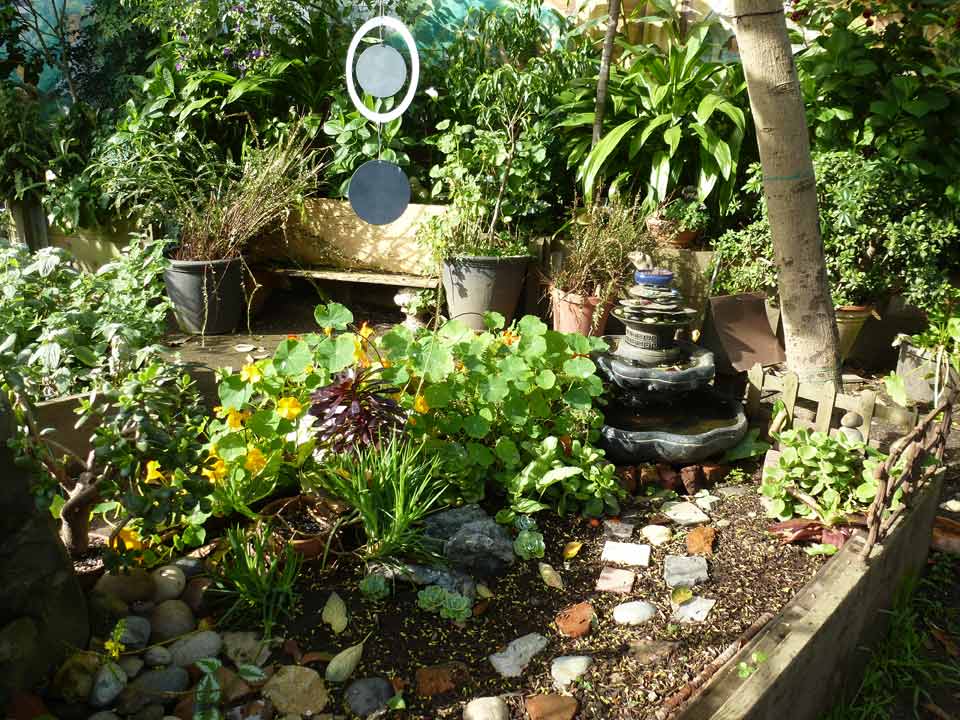 It’s hard to believe this space used to be a parking lot. The property was purchased by the city in 1970 and turned into a playground. But over time it came to be known as “Needle Park”—a site where unsavory activities took place. In the late 1980s, Langton Street residents arranged for Friends of the Urban Forest to plant trees in memory of a neighbor who had died of AIDS. Today, the mature flowering fruit trees line the street along the garden. This was the first step towards neighborhood greening. 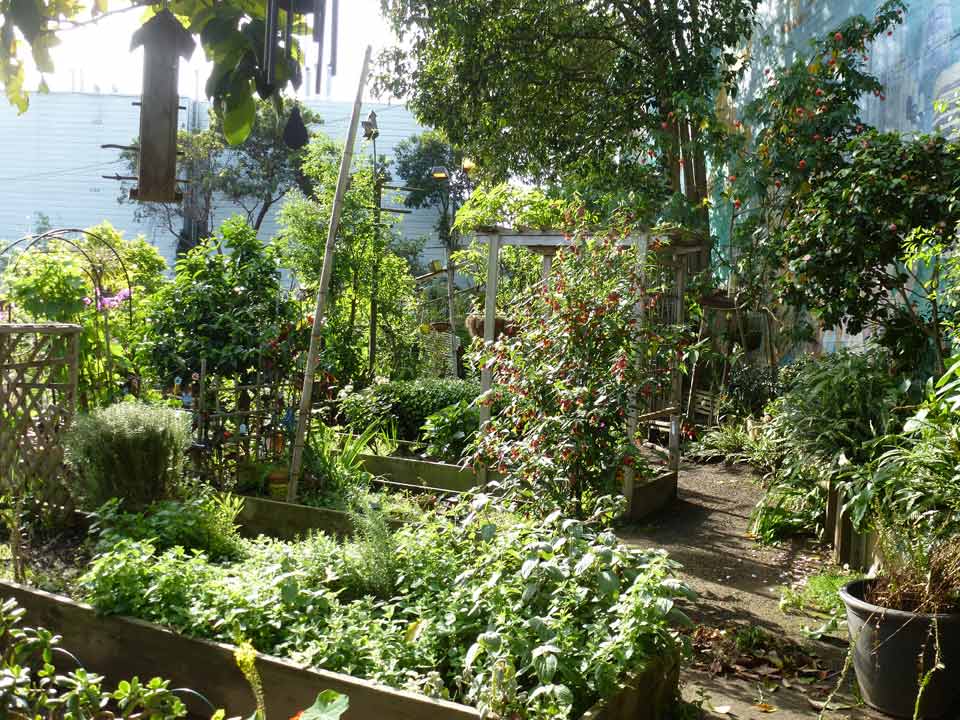 Today, there are 40 garden plots and a long waiting list (about two years). But even though all the plots are currently assigned, associate memberships are available to those interested in attending two workdays and paying a $35 annual fee. The fee helps cover soil amendments, seeds, plants and items above and beyond the regular maintenance and upkeep provided by Rec and Park. Workdays are held on the last Sunday of each month (except December) from 11am - 2pm. The gate is locked, but the public is welcome when gardeners are tending their plots. 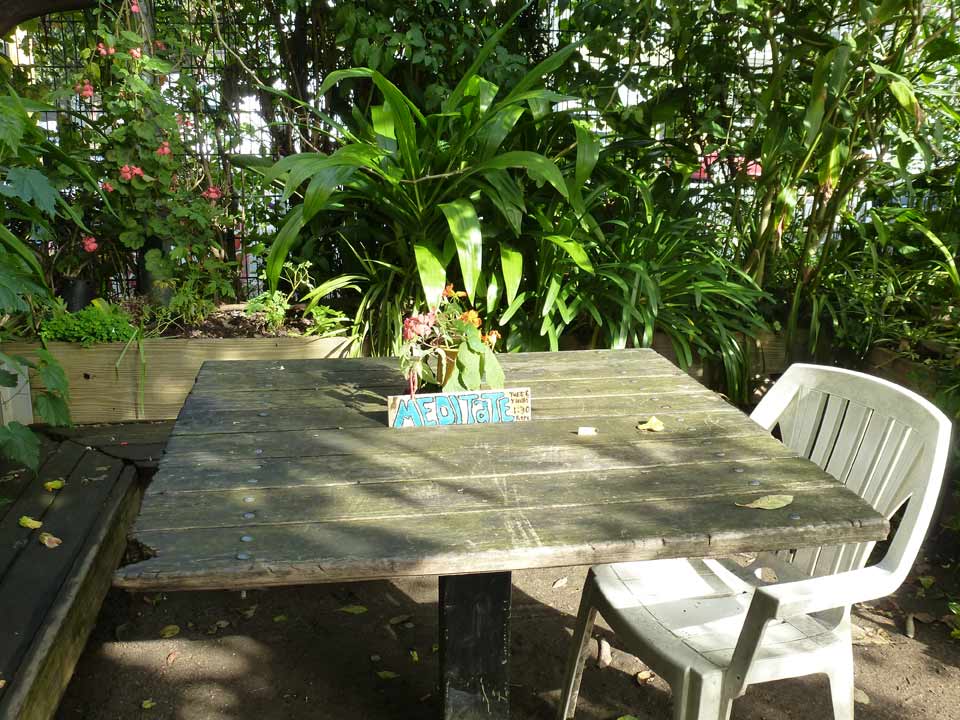 The San Francisco Recreation and Park Department supports 36 community gardens throughout the city as part of the Community Gardens Program, with two more opening in 2016-2017.

The Howard/Langton Community Garden is not limited to horticulture. Deep in the back corner is a chicken coop where Salina’s six hens live. The coop was constructed by garden members for feathered residents. Every day, Salina visits the garden to feed the hens bread, lettuce, bok choy and grain. Early on a recent weekday morning, she reached into the pens and presented four beautiful brown eggs. 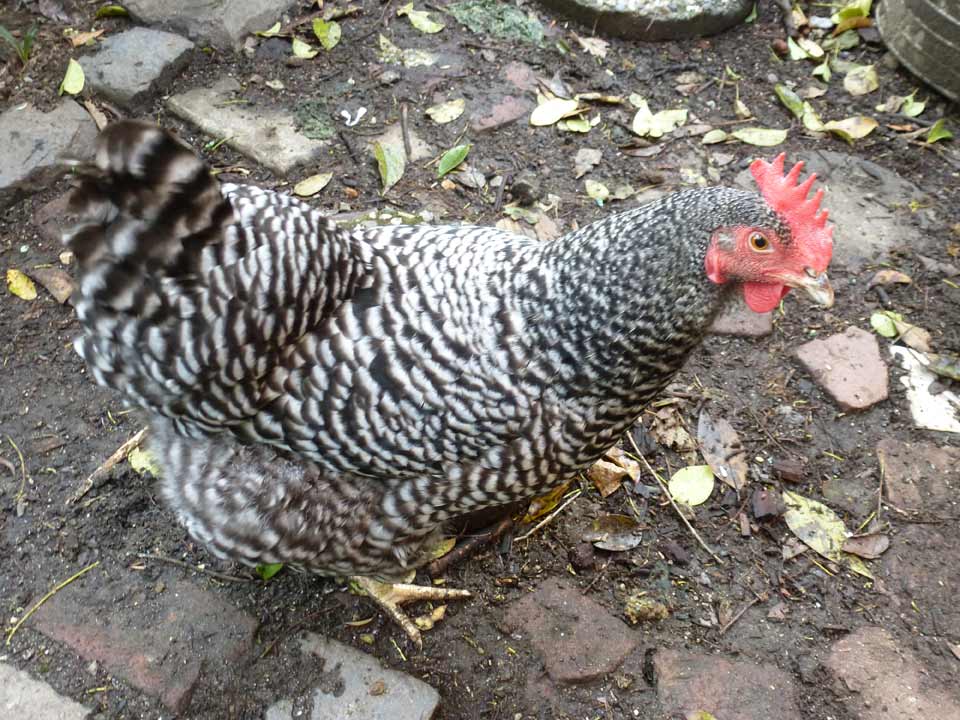 Update: Non-members are allowed access from10:30am-1:30pm on the Sunday before each Equinox or Solstice. The next public hours will be held on June 19th.