Get To Know Lil' Wayne, 'The People's Duck'

Lil' Wayne is a bird about town.

Friendly and inquisitive, he's made quite the splash since landing in San Francisco back in April of last year. Gregarious, it's no surprise he's referred to as 'The People's Duck' on his very own Facebook page, which is managed by his caretaker, Miranda Coleman.

Originally from Oklahoma, Coleman has been rescuing birds since she was five, when she and her mother would come to the aid of baby robins and songbirds that would fall from their nests during storms. Her concern for winged friends only grew with age, and it's something she brought with her when she moved out to San Francisco seven years ago. 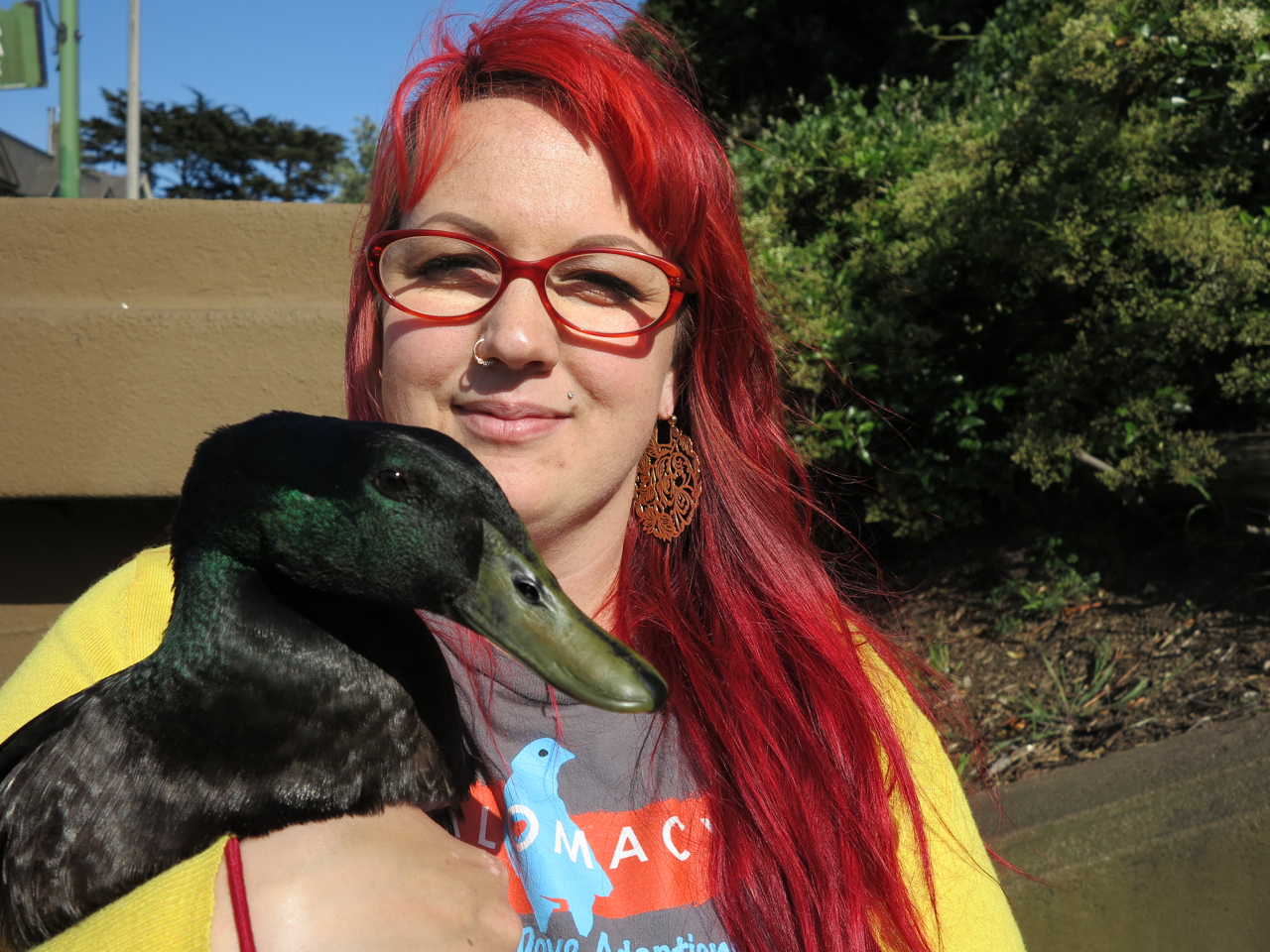 Before Lil' Wayne came into the picture, Coleman was introduced to the world of urban avian rescue by way of a gateway bird: The pigeon.

As an art student working at the Montgomery BART station's Peet's Coffee, Coleman would feed pigeons on her breaks, and eventually befriended one individual, who learned to patiently wait for her at scheduled times throughout the day.

"That's when I realized pigeons were really smart, and that's when I looked into having them as pets," said Coleman. She did a little research (she googled "pigeons as pets") and came across a Bayview-based non-profit called Palomacy, which places rescued pigeons in happy homes across Northern California. She took in a King Pigeon named Poe and a female companion named Salvador (they thought she was male until she laid eggs), and the rest is history.

That was five years ago, when Lil' Wayne was still just a sparkle in the eye of a randy midwestern duck. In fact, Lil' Wayne only recently celebrated his first birthday. 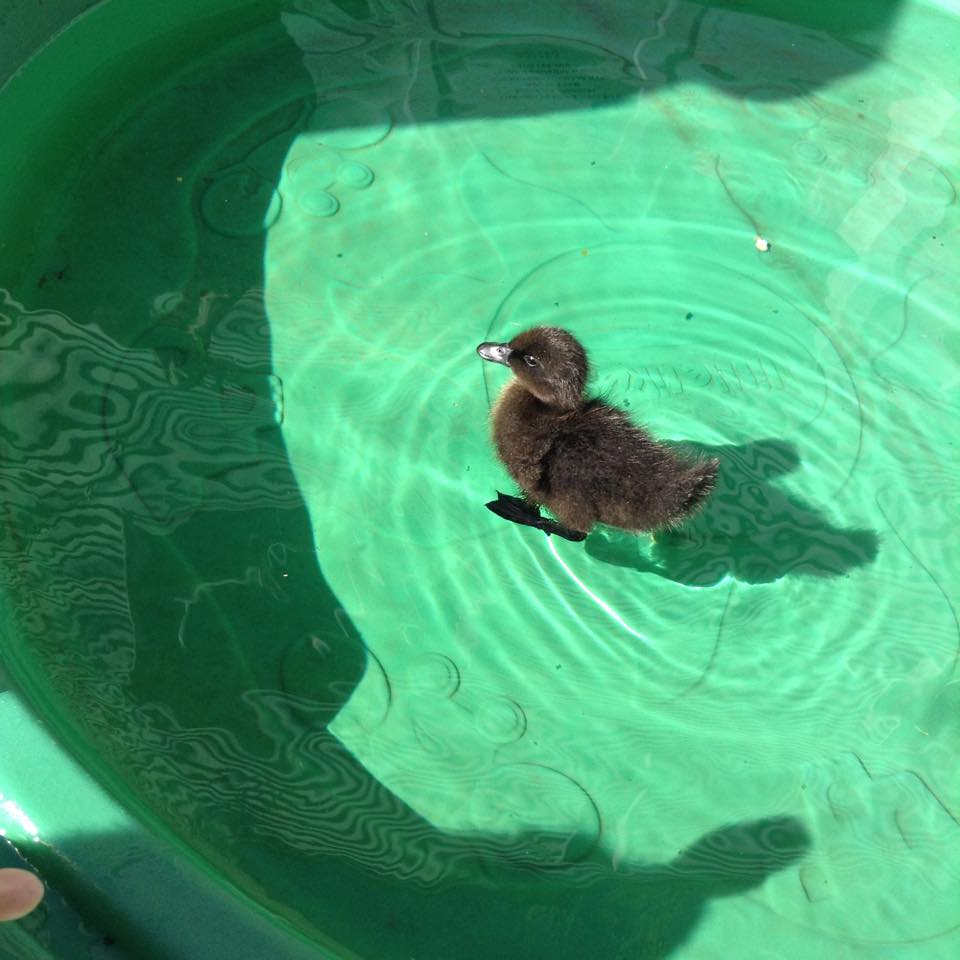 The story began when back in Oklahoma last spring, when Coleman came across a tub of baby Cayuga ducklings in a feed store. Upon learning they were meant to be raised as food, she adopted two on the spot. She drove Lil' Wayne home to San Francisco (in a car seat) shortly thereafter, leaving his brother, Ri Ri, in Oklahoma at her mother's house.

"I don't have any plans to bring Ri Ri out here. He wouldn't do too well, he's not a city duck," said Coleman. "One duck is enough. Plus, I think Lil' Wayne would get jealous." 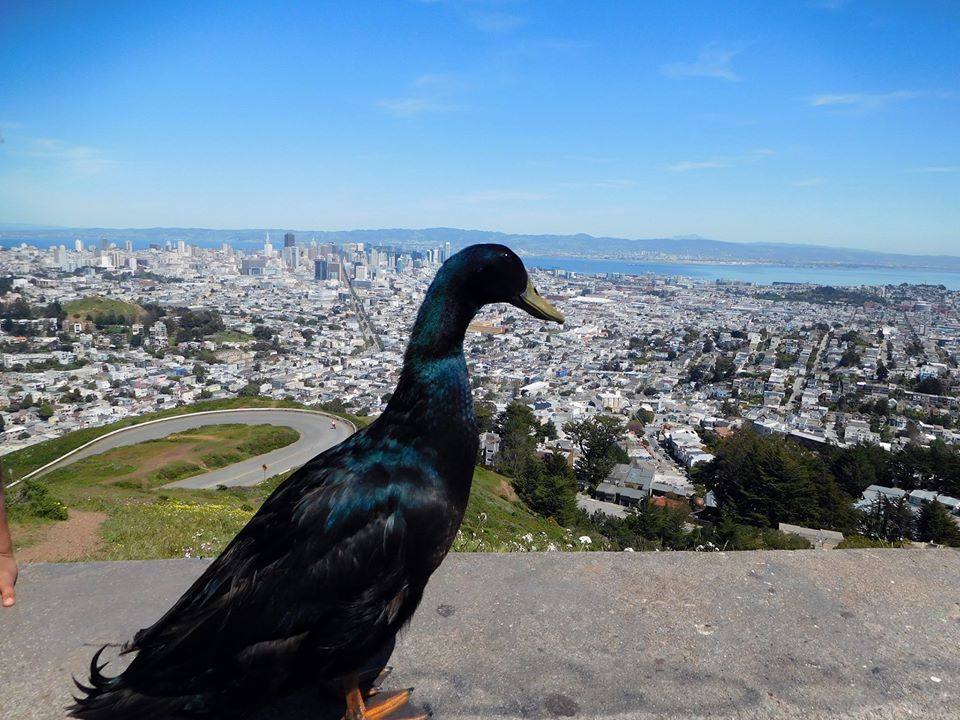 Lil' Wayne has led a charmed life since he moved out west. He eats a healthy diet of mixed greens, watermelon, cracked corn and mealworms, and is given free rein over Coleman's apartment—although he is required to wear pants (a diaper) while indoors. However, there are no shortages of public outings, and his convivial demeanor continues to steal the heart of anyone who meets him.

"We go on lots of adventures. Last week, we went to Sutro Baths. He's been to Twin Peaks, Pacifica, the beach, the Palace of Fine Arts, the Golden Gate Bridge, Golden Gate Park ... but Buena Vista is definitely his favorite spot," Coleman told us. 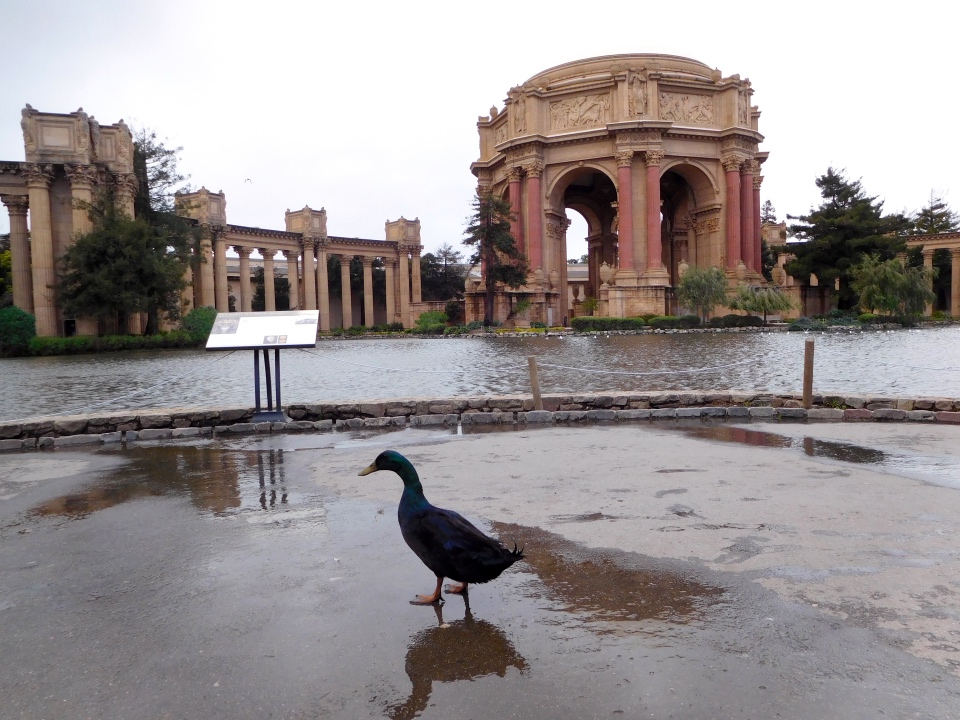 She also spoke highly of his loyalty and docile nature, and said that Lil' Wayne loves to playfully chase her son around the house. "He'll come when we call him. He also knows a few phrases, like 'It's time to take a bath,''" said Coleman. "He also knows the word 'lettuce.' He loves lettuce."

She continued, "Ducks aren't as smart as pigeons, but they're great with kids, and really funny." 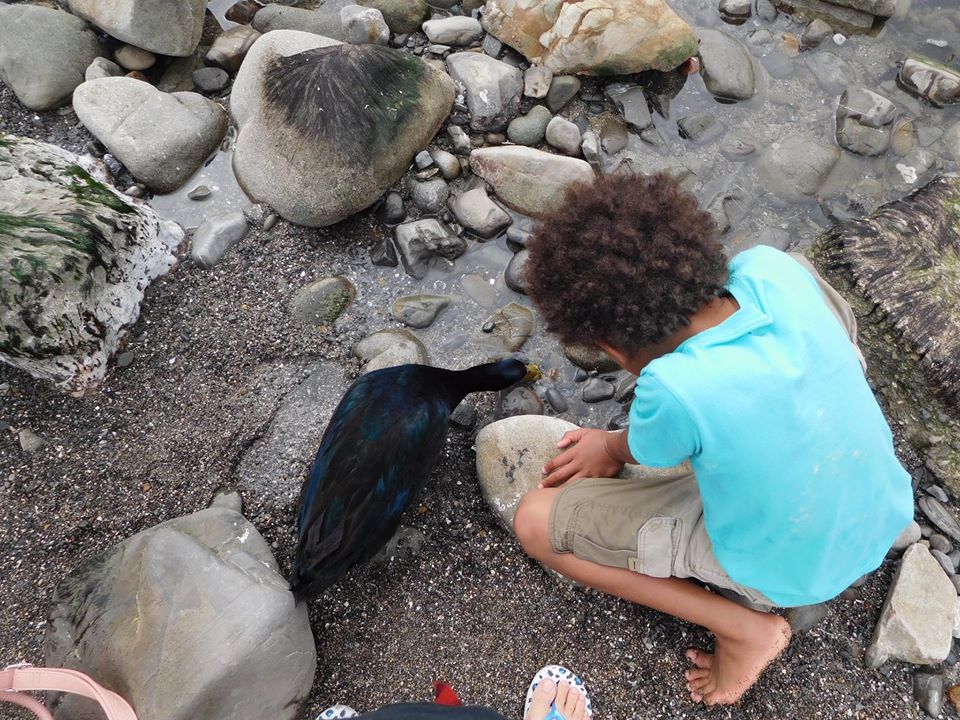 Needless to say, Coleman and Lil' Wayne share a cheerful existence, one that's predicated upon a reverence she holds for animals of the avian persuasion. "Birds are very intelligent and they have their own sense of agency that's different from dogs or cats," said Coleman. "You don't own a bird. You can live with one, but you don't own one." 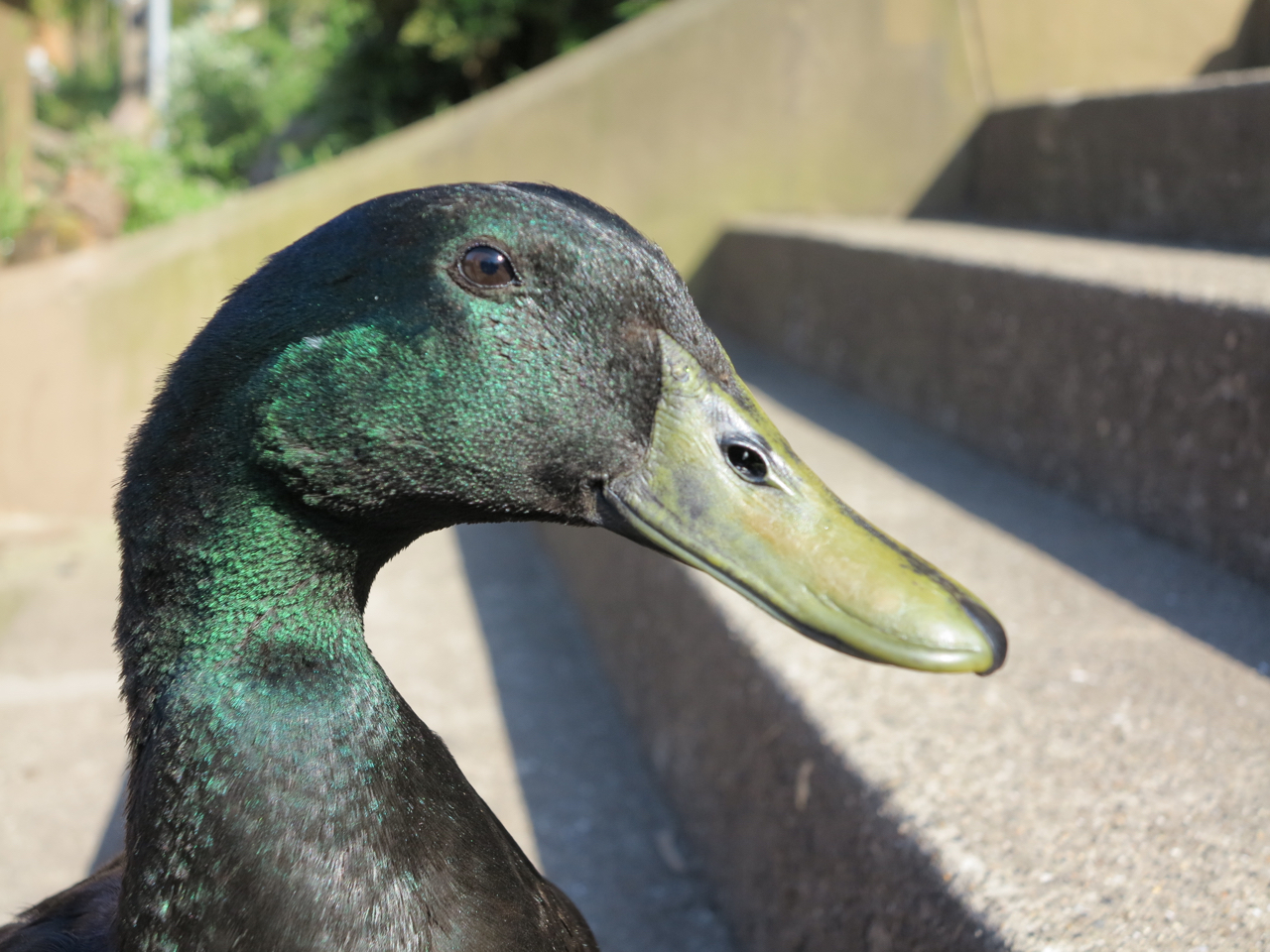 If you are interested in rescuing a pigeon, you can get more information at Palomacy website here. More of a duck person? Try Harvest Home Animal Sanctuary, located near Stockton, California.