This is the first in a series of history posts from local historian, author and professor Art Peterson, who's given Hoodline permission to reprint some of his writing about North Beach and nearby neighborhoods. They appear in his local history book Why Is That Bridge Orange? and other previously published works.

The Condor Club, still in existence at Columbus and Broadway, is now somewhat subdued from its Dolce Vida beginnings. It is here that "Big Davey" Rosenberg invented San Francisco-style topless dancing. Weighing in at 400-plus pounds, Rosenberg was once described as "a belly closely followed by a man." He called himself "the world's greatest press agent," a claim the Los Angeles Times acknowledged "because of his bulk, few would quibble with."

In 1964, Rosenberg was employed as a publicist for the Condor. This club and the others in North Beach was doing a middling business by featuring caged young women in bikinis dancing The Swim, the Frug and the Watusi. That was before June 19th, when Rosenberg saw a Joseph Magnin newspaper ad for the Monokini by the designer Rudi Gernreich. The Monokini, a bikini without the top, had caused something of a stir when introduced in Paris. It was said that, unable to hire models to show his product, Gernreich recruited prostitutes.

Seeing the ad, Rosenberg beelined to Magnin's and bought a $25 Monokini. Returning to the club, he presented the garment to a cocktail waitress/go-go dancer named Carol Doda. Later that night, Doda made the most of her entrance, descending bare-breasted from the ceiling atop a grand piano. Mesmerized, patrons recognized this was a first. 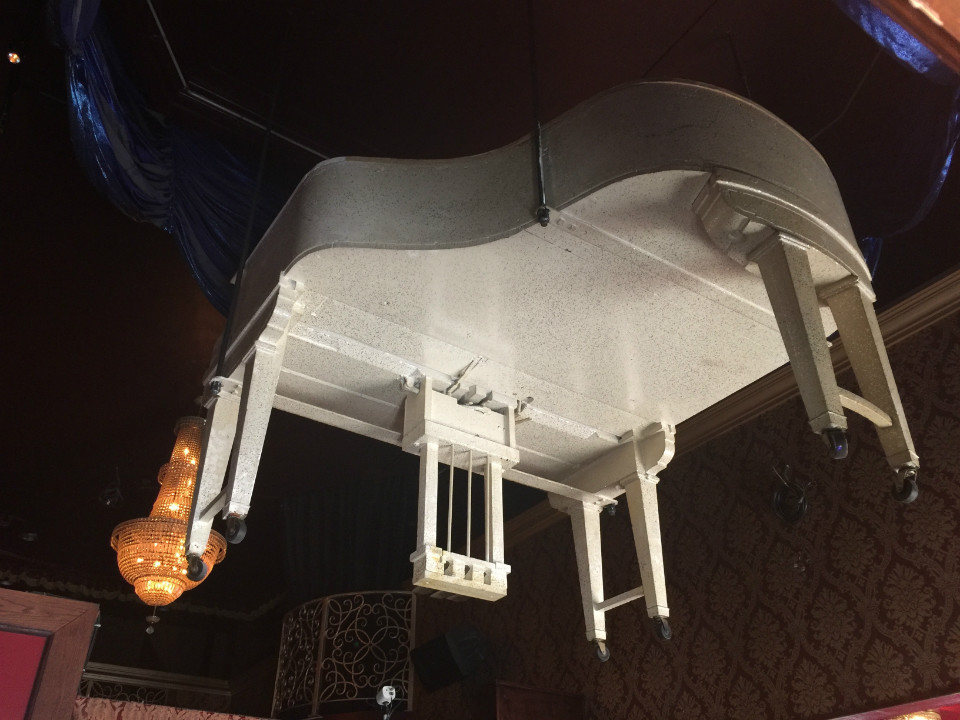 News of the breast-baring spread rapidly, aided by the fact that delegates from the Republican convention were in town looking for diversion. Soon there were topless clubs all over North Beach; at one time, as many as 28. Doda was performing 12 shows a night.

Recognizing that more is more, Doda underwent silicone breast injections. What had been a proportional 36-inch chest now expanded to an eye-popping 44 inches. Rosenberg made sure the mammary enhancements were insured by Lloyd's of London for $1.5 million. The Condor installed a 40-foot sign out front, featuring a neon and nude version of Doda with blinking nipples. 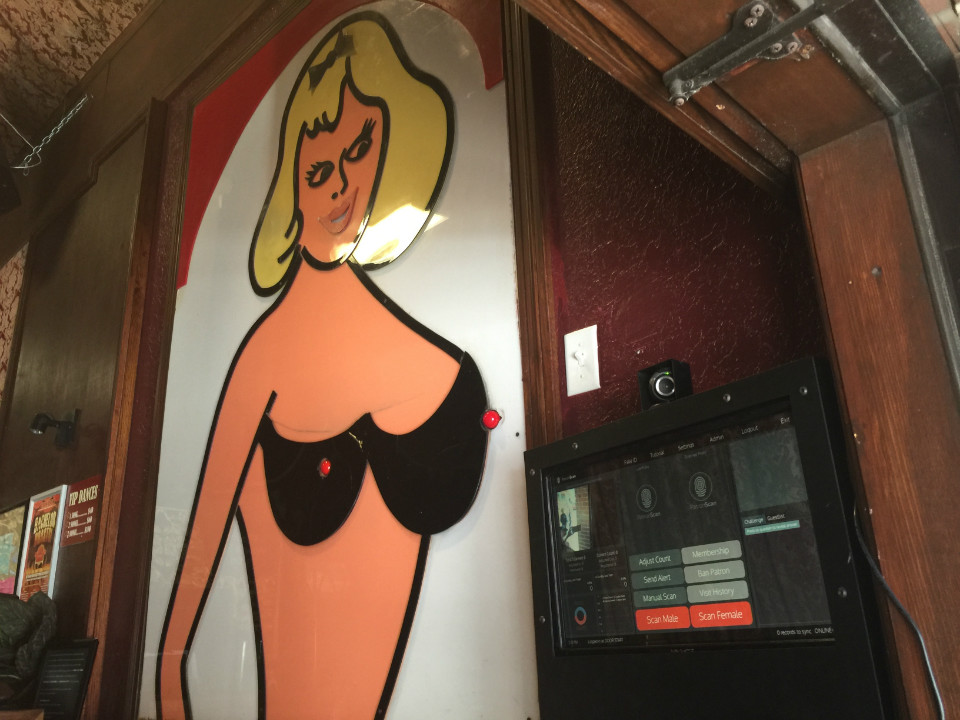 A portion of the blinking nipple sign is now inside the door of the Condor. (Photo: Geri Koeppel/Hoodline)

All this got the city fathers' attention. One supervisor wanted the Broadway clubs exposed as hangouts for "punks, muggers, cutthroats and molesters." The police chief responded that there were many fewer muggers and molesters in North Beach than in some other neighborhoods.

Not mollified, Mayor John Shelly insisted, "Topless is at the bottom of it all." Eventually, in April 1965, there was a police raid, rumored to have been provoked by a phone call from publicist Rosenberg. There was a trial, but the judge found that a bared breast as entertainment fell well within the boundaries of acceptable community standards.

By the 1970s, however, topless was pretty much old hat. In the 1980s, the neon nipples quit flashing, and someone provided the Doda caricature with a dance-hall skirt. In 1991, the sign came down. There was a campaign to donate it to the Smithsonian Museum in Washington, D.C., but the museum director politely declined, saying the institution did not have room.

Supporters of the sign weren't so sure. As one admirer of the ribald topless era put it: "If they can find room for the Enola Gay, they should be able to find room for Carol Doda." Doda died at age 78 on November 9th, 2015, of complications related to kidney failure.