Whatever Happened To Dorland Street?

Ever wondered why Dorland Street, the quiet alley that technically stretches from Guerrero to Sanchez, dead-ends at Dolores and Church streets—forcing pedestrians to detour around Mission High School? Well, one Hoodline reader, perplexed by his daily detour, asked us to find out why that is. And it turns out, the section closed to pedestrians today was all part of a decades-long effort to finally give Mission District students a place to play.

It all started in the 1920s, when Mission High decided that it needed an outdoor space. Administrators set their sights on portion of land directly behind the school that was owned by a woman named Abbie Rose Wood, widow of the prominent local attorney James M. Wood. 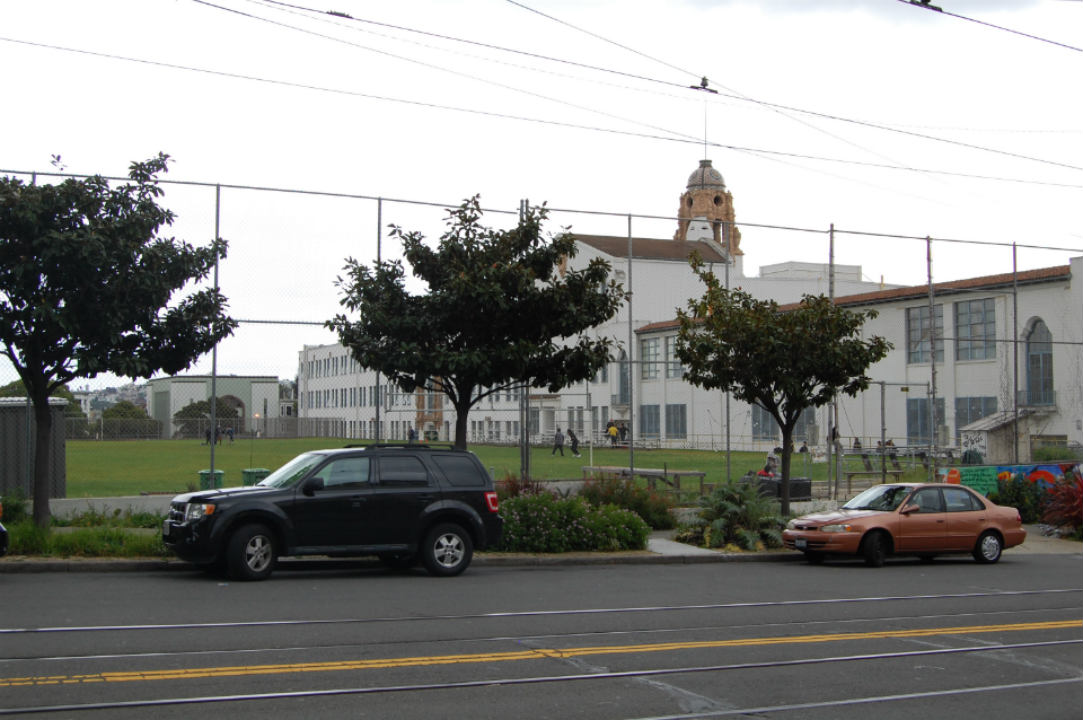 The athletic field today, as viewed from Church Street.

In 1924, Mrs. Wood sold her land, which consisted of approximately a quarter of the former block of Dorland between Church and Dolores, to Mission High School for $14,565.

The Chronicle described this parcel of land in a truly confusing fashion in 1924:

But the land formerly owned by Mrs. Wood ended up sitting dormant for a decade, until the school launched a new campaign to create an outdoor space for its students. By that time, Mission High School was the only school in San Francisco without a playground or athletic field.

The school had 2,800 students at the time, and Principal William J. Drew was insistent that his students needed outdoor space. "Lack of facilities constitutes a serious handicap," he told the Chronicle in its September 28, 1934 issue. That same story shows a map of the proposal for the field, including the land purchased from Mrs. Wood ten years earlier: 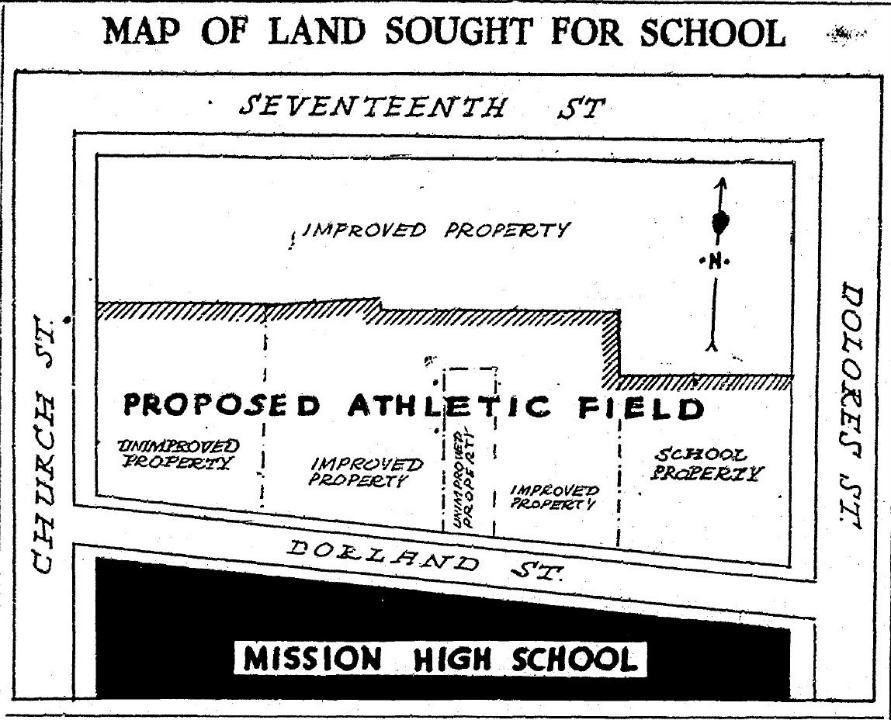 The map clearly shows Dorland Street connecting Dolores to Church. From the Chronicle:

Those urging establishment of the facilities are now asking that a quarter of the block of land immediately north of the school, fronting on Dorland Street and extending from Dolores Street to Church Street, be acquired. Expensive property fronting on Seventeenth Street and at the corner of Seventeenth and Dolores streets would not be affected.

But the city was in the height of the Depression, and work was delayed for another three years. It wasn't until 1937 that, with funding provided by the New Deal's Public Works Administration, construction of the field finally began. 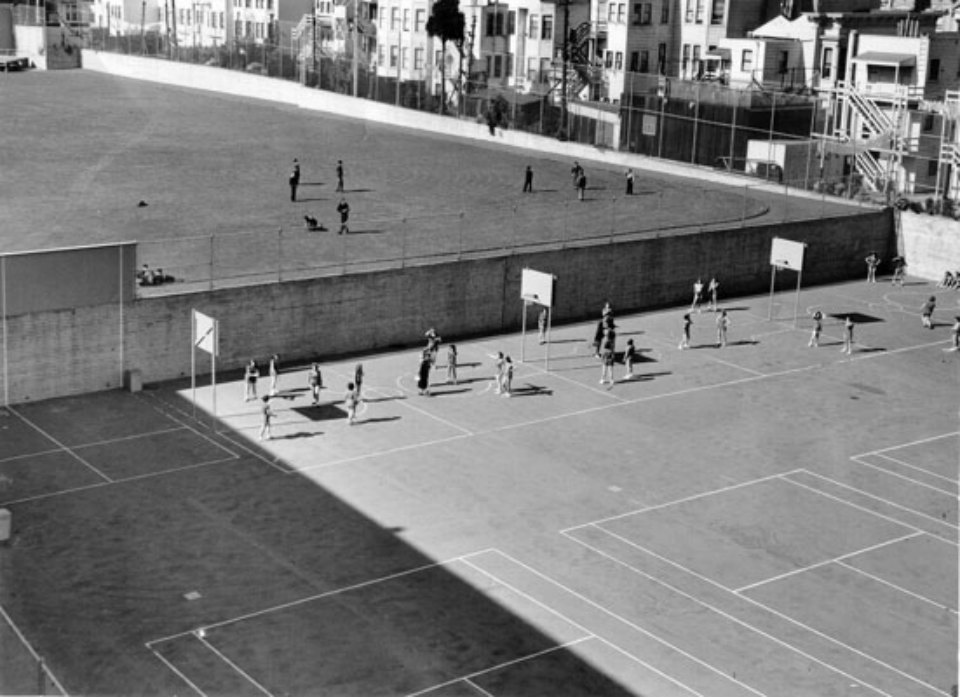 Mission High School does its bit to start American Education Week on its way by dedicating its new athletic field on the Dorland Street side of the school. Removal of the Sunshine Health School to a new site and the acquisition of half a block of land to the north made it possible to give Mission its athletic field.

The Sunshine Health School, which was moved for the field, was “the Nation’s first school for small spastic paralytics,” according to the December 1, 1937 issue of the Chronicle. In today's terms, it was a school for children who suffered from muscular disorders and paralysis, including cerebral palsy and multiple sclerosis. 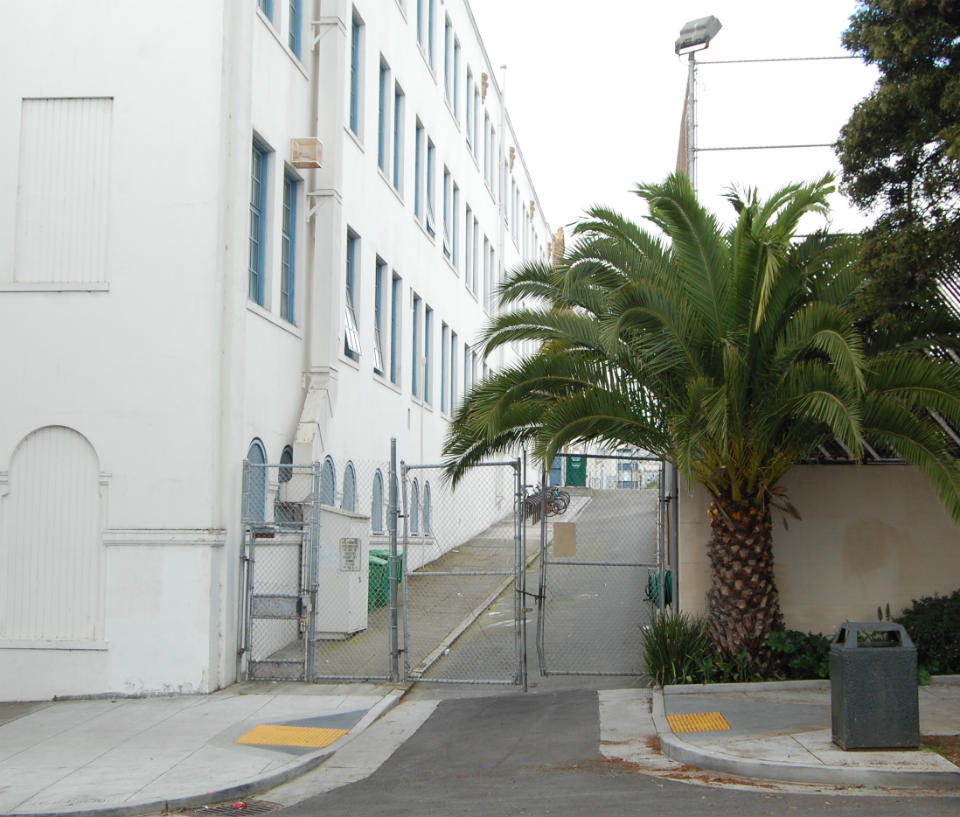 Where Dorland Street once passed through.

Finally, Mission High School had its outdoor space. Today, there is still a small road between the field and the main school building, where Dorland Street used to pass through. It is gated off and part of the school property; an area that originally housed basketball and tennis courts is now a parking lot.

Mission High's field is officially known as Drew Athletic Field, in honor of the high school's former principal’s dedication to creating an outdoor space for students.

So, next time you find yourself at Dorland's dead-end, cursing the detour, just think: Your extra steps are all for the kids.

San FranciscoCastroMission
About 17 hours ago