District 3 Supervisor Aaron Peskin said the plaques “bring to life the bawdy, vibrant and colorful legacy of the Barbary Coast and the famed Broadway strip." 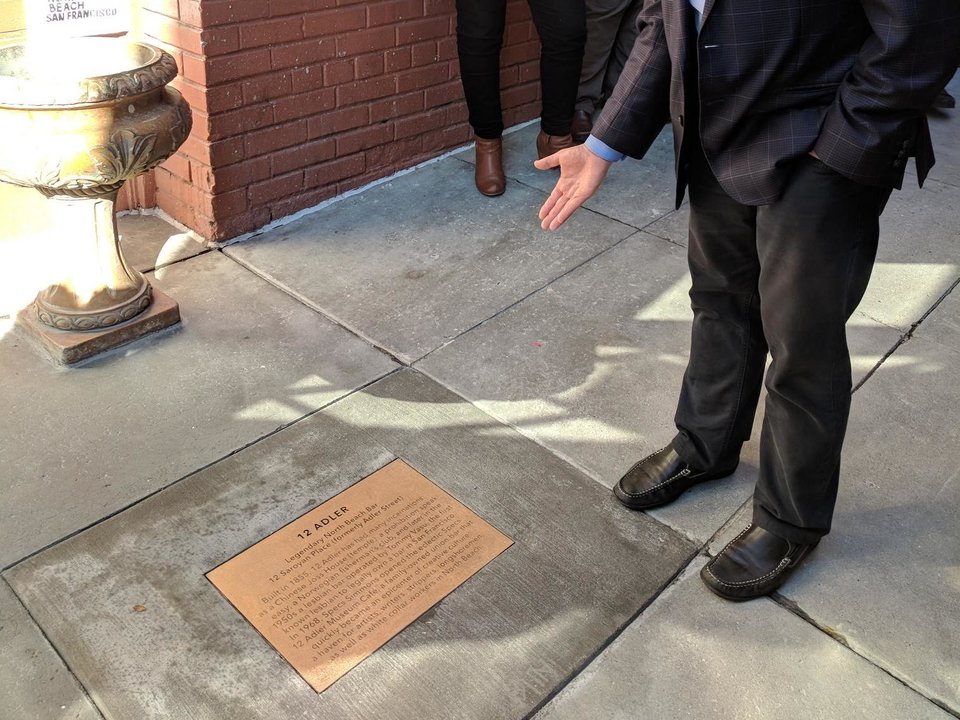 The process for selecting honorees for the commemorative markers began in late 2014, when the CBD received a city Community Challenge Grant. Since then, the nonprofit worked to identify suitable locations for the markers, many of which highlight entities that no longer exist.

"It's about honoring the place and the history of the building," Simmons told Hoodline via phone. "It's been many different, interesting things that reflect the city of San Francisco."

"[The building has housed] so many things since 1855," Simmons added. "Before we opened it, we had to fight with the city for a full year to get a liquor license while it sat empty. The city was worried that it would fail and we'd turn it into yet another topless bar," she said, noting the neighborhood's reputation.

Specs is the only business recognized by the project that still exists, said Simmons.

Text from each marker can be viewed here. More information about the plaques and a walking tour of historical points of interest in the Top of Broadway Community Benefit District can be found here.