It’s an old and entirely accurate criticism that European countries often have vastly better urban design for walking and biking than America has. But that European design has popped up in the urban National Park lands of The Presidio, where Streetsblog SF has the story of a Netherlands-inspired new set of bike lanes that they say represents “San Francisco’s first roundabout with protected bike lanes.”

This particular bike-friendly roundabout is part of a larger Paving Project and Bike Network Improvements plan that’s adding new bike lanes in the Presidio. This particular roundabout at Lincoln Boulevard and Girard Road took what had been a T-shaped intersection and turned it into what the designers call “very Dutch mini-roundabout with separated bike lanes.” 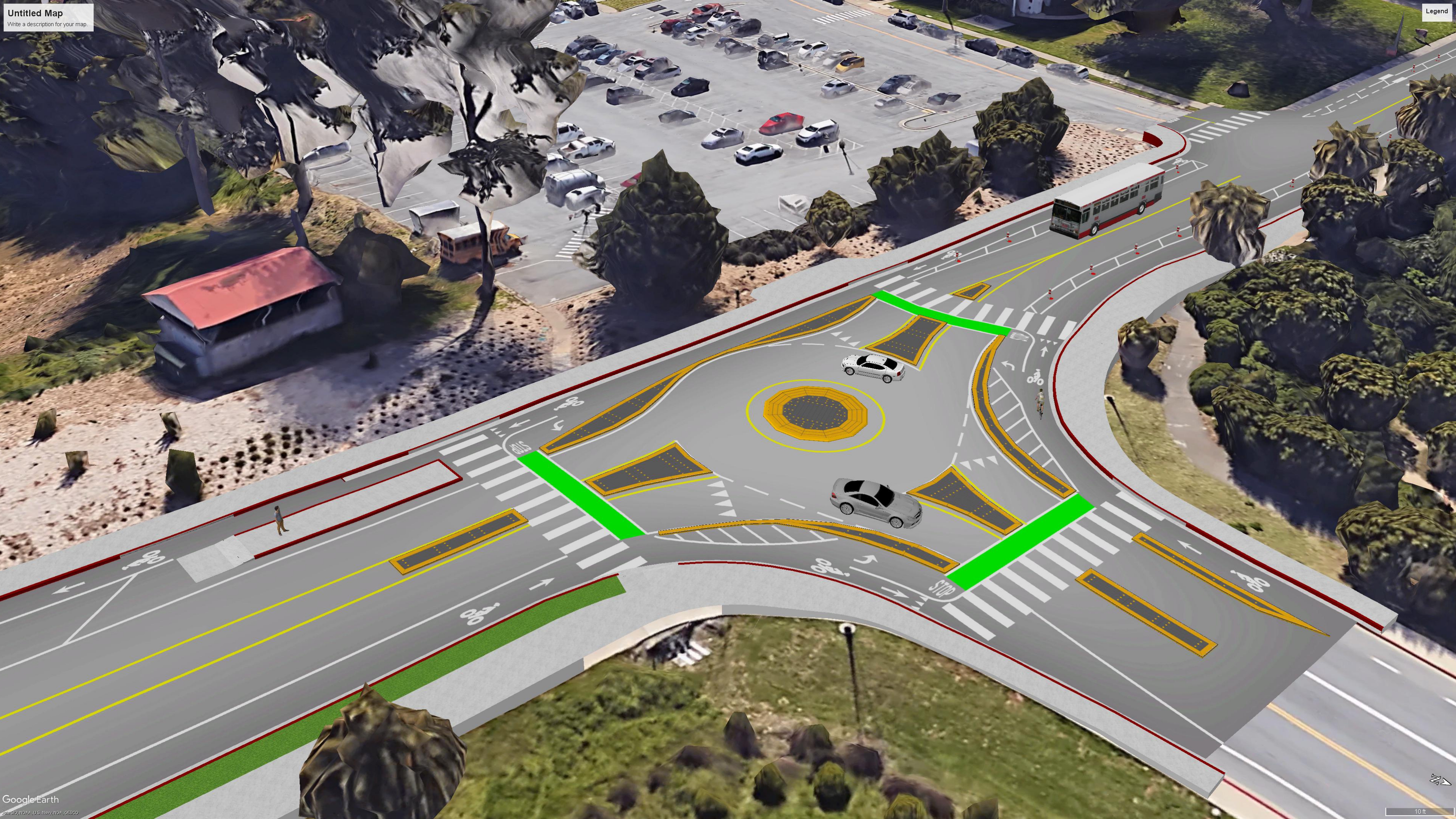 “I studied in Delft, in the Netherlands,” the project designer and Presidio transportation engineer Matt Starkey told Streetsblog SF. “I love the Netherlands. They have great bike facilities.”

That particular roundabout at Lincoln Boulevard and Girard Road is not complete yet, but it is open and rideable, with just some painting and striping left to complete. Since the Presidio is on national park land, road improvements do not have to go through City Hall red tape, which helps explain why this project is being completed on schedule in a way that is uncharacteristic of  San Francisco street construction.

Another batch of bike lanes and repaved roads in the Presidio are expected to be completed by the end of April 2021, and the full completion by the end of this summer. Streetsblog SF’s report has a number of real-life photographs of the completed lanes, and other lanes that are in progress.