Story Windows is one of Artist as First Responders' current projects | Photo: AAFR
By Carrie Sisto - Published on July 06, 2021.
Oakland

Ashara Ekundayo moved to Oakland in 2010, and was one of the seven co-founders of an early co-working space, Impact Hub Oakland. She also launched Omi Gallery, which hosts pop-up and virtual art shows. As a Black feminist and artistic curator, she has been committed to researching, documenting, and archiving the work of creators for over three decades. 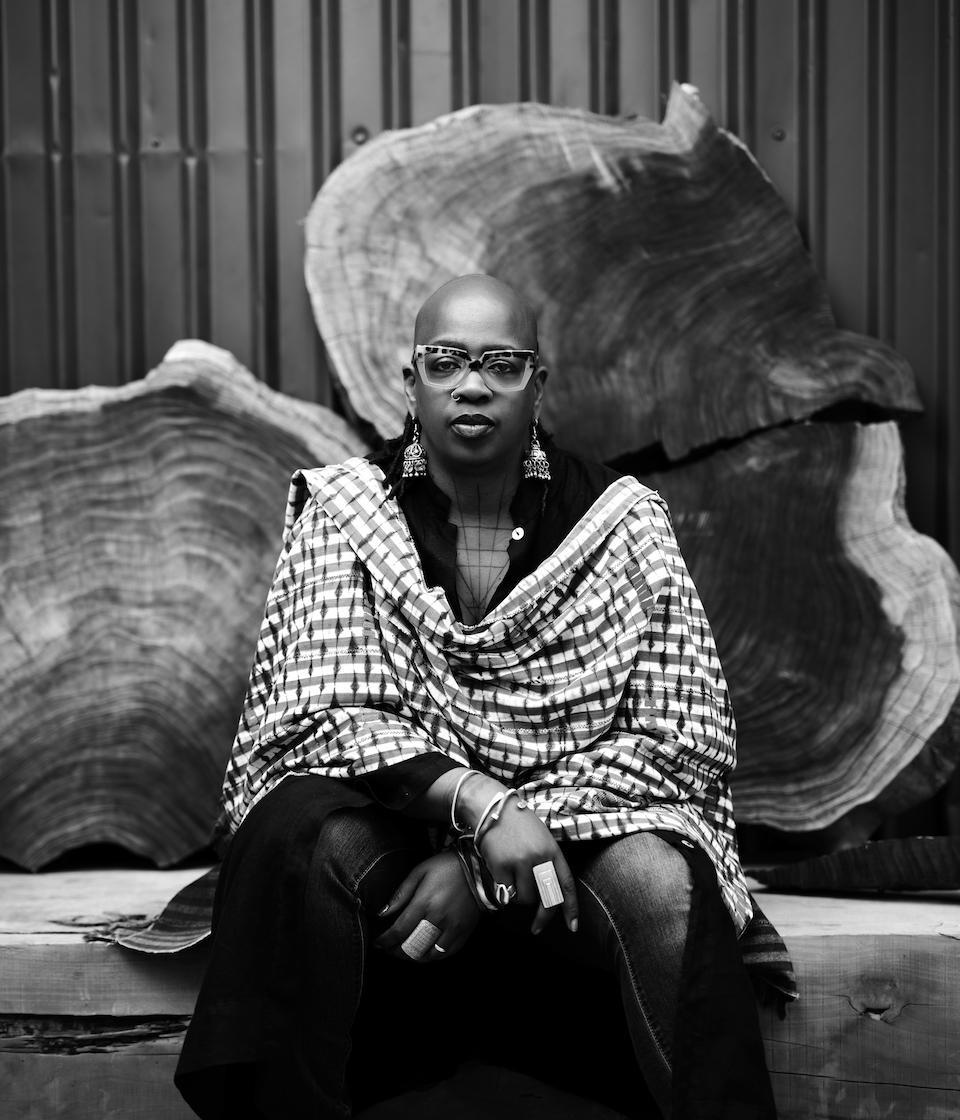 The concept of Artist as First Responder (AAFR) really emerged after the attacks in New York City, Virginia, and Pennsylvania on September 11, 2011, Ekundayo told us.

“The reality is that artists show up first with reaction and also innovation,” and that creativity helps move us forward, she said. And more broadly “we respond through our creative core whether or not we consider ourselves artists.”

The AAFR concept was formally introduced by Ekundayo in 2016 during an Oakland town hall called “Breaking the Silence,” which highlighted ongoing issues related to women, girls, and women-identifying people of color in the city. 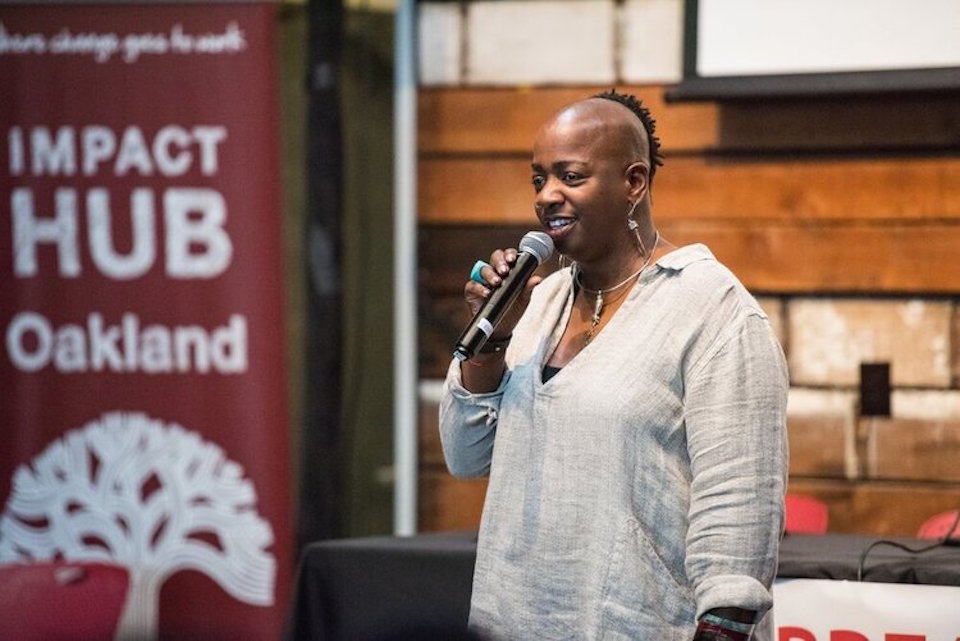 Ekundayo at "Breaking the Silence" town hall in 2016. | Photo via PapaLoDown

But AAFR as it exists today was “really one of the silver linings of COVID,” Ekundayo said. Recognizing that she was one of the lucky people able to stay home, safely working on computers, she took time to slow down and “put some bones on the infrastructure” of AAFR. The 2016 town hall eventually led to a collaborative effort of about 12 women, women-identifying, and gender non-conforming people working to create an organization that aligns with the work they are already doing and want to continue to steward, Ekundayo said.

What emerged is a six-point philanthropic and interactive arts platform that recognizes, and financially backs, artists of color that use their creative practices to help heal communities. It supports a range of activities from public talks and site-specific ceremonies to a re-granting pilot project and artist residencies.

Art is “necessary for healing,” Ekundayo said. If there had been no art created throughout the COVID-19 pandemic and the associated social and physical distancing, and the outrage following the murders of Brianna Taylor, George Floyd, and so many countless others what would our mindset have been?

“Artists create a backdrop and soundtrack for our space of rage and grief and our simultaneous healing, joy, bliss, and pleasure,” Ekundayo said.

There has been one cohort of five artists that received funding from AAFR during the past year as part of its Reflection Fund for Artists, which is an experiment on re-granting across artists in Oakland.

Ekundayo highlighted two artists from the cohort for us: Regina Evans, an abolitionist, actress, playwright, and healer; and Asya Abdrahman, who is a multi-disciplinary artist and entrepreneur.

Evans has been conducting site-specific ceremonies along International Boulevard to recognize and bring attention to the sex trafficking that is occurring in Oakland that impacts the lives of black and brown boys and girls, Ekundayo said. “While the girls and pimps are walking the streets, there will be live music, food, and altars being created,” she said. Evans has also created a film about sex trafficking victims and survivors at her Oakland vintage boutique, and continues to regularly install altars recognizing survivors.

Abdrahman used the funding from AAFR to purchase a new computer, but has also been conducting site-specific ceremonies at a homeless encampment, dubbed Cob on Wood, in West Oakland. She has helped construct structures out of natural materials and also launched the Bath Party, creating and building a bathroom and shower for the community.

The other three artists have similar efforts and goals, but the regranting program doesn’t expect or require specific results. The goal is to support and escalate their work and the rituals that mourn, grieve, and also celebrate our reality, Ekundayo said. The Reflection Fund will support another cohort of artists this year and is funded as part of the Resiliency in Communities After Stress & Trauma (ReCAST) grant that was awarded to the Oakland Human Services Department in 2018-2021.

Ekundayo was hired as a curator and cultural strategist consultant to help work with 15 other partners on the ReCAST grant.

“I have been able to utilize some of these resources to address resiliency,” but the reality is the money is being given to artists through her consulting firm, which received it from Oakland. The grant program’s goal is “just to see what happens to their practice when you give them money to create,” she added. “I took that money and allocated it — I wanted to give it away.”

Another AAFR project has installed Story Windows throughout downtown Oakland aimed at highlighting Black Joy through multimedia art installations by over 20 local artists at more than 30 storefronts.

Ekundayo said Story Windows was “an experimental gift of inspiration, and a beautiful celebration” which included partnerships with the Downtown Oakland and Oakland Central community benefit districts as well as the Black Joy Parade. 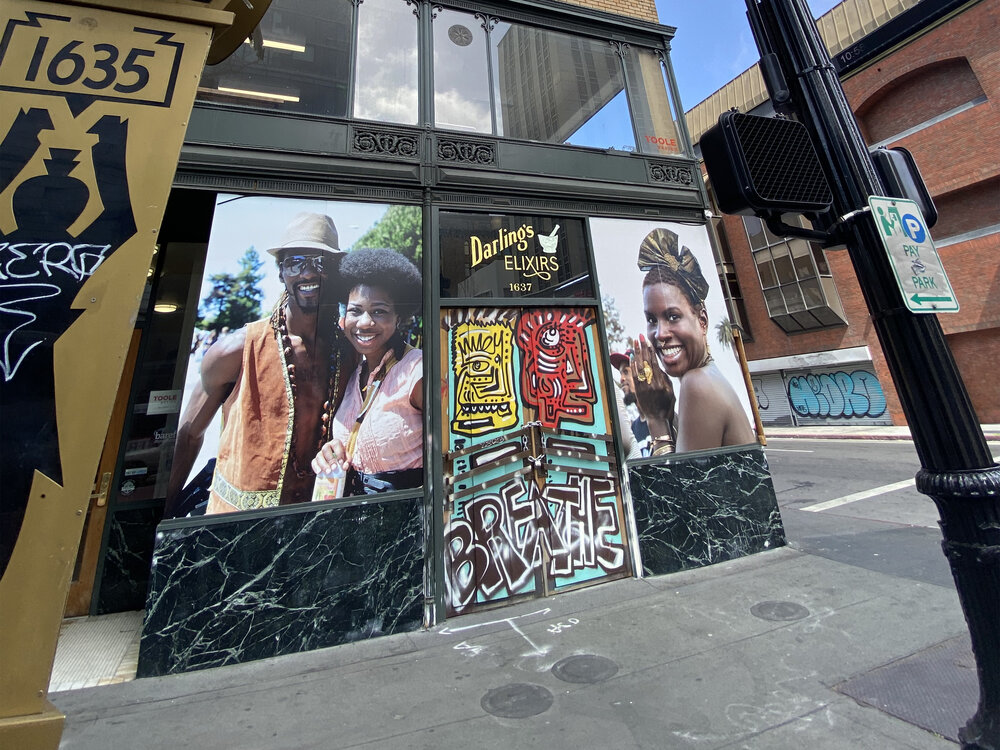 “It was not an easy task to curate [Story Windows] because it was happening during the ongoing uprisings,” Ekundayo said. Every time a piece was installed, businesses would cover windows back up with plywood to prevent vandalism during marches. “Juneteenth was the first day the whole exhibit was exposed,” she added. The exhibit, which launched in March 2021, will be on display through the rest of July, she added. 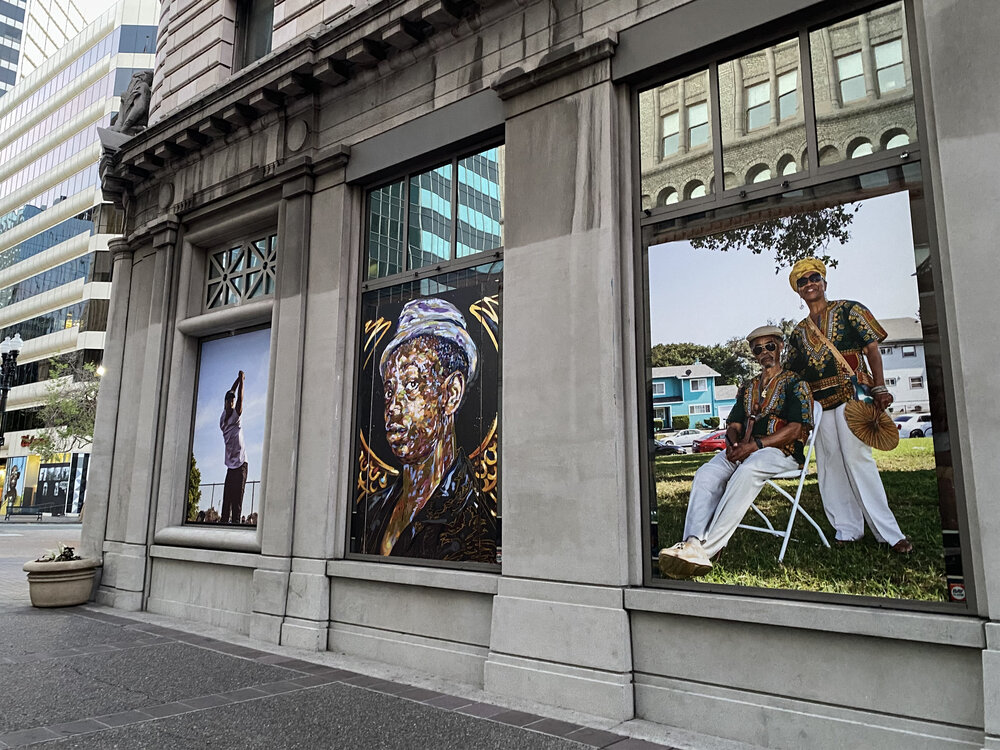 Over the next few months, AAFR will continue working with the Center for Cultural Power and other partners to identify strategies to use any incremental city funding to support recovery in communities impacted by violence and decades of underrepresentation. The city's most recent budget reallocated more than $18 million from the Oakland Police Department's budget to support violence prevention and other non-police community services, including arts funding. Some of that budget line-item could support AAFR, and Ekundayo is hopeful that funding for other city departments can be earmarked to fund arts going forward. She is also seeking out grant funding to bring to life a collaborative idea with the Black Cultural Zone to transform three shipping containers into pop-up art galleries and art spaces in East Oakland’s Liberation Park (at 73rd Ave. and Foothill Blvd.).

Ekundayo is also hosting the next virtual BLATANT forum on July 20, which will feature a discussion on art, joy, and rage with Tasha Dougé and Angela Wellman, and is working on issue two of the Black August zine. 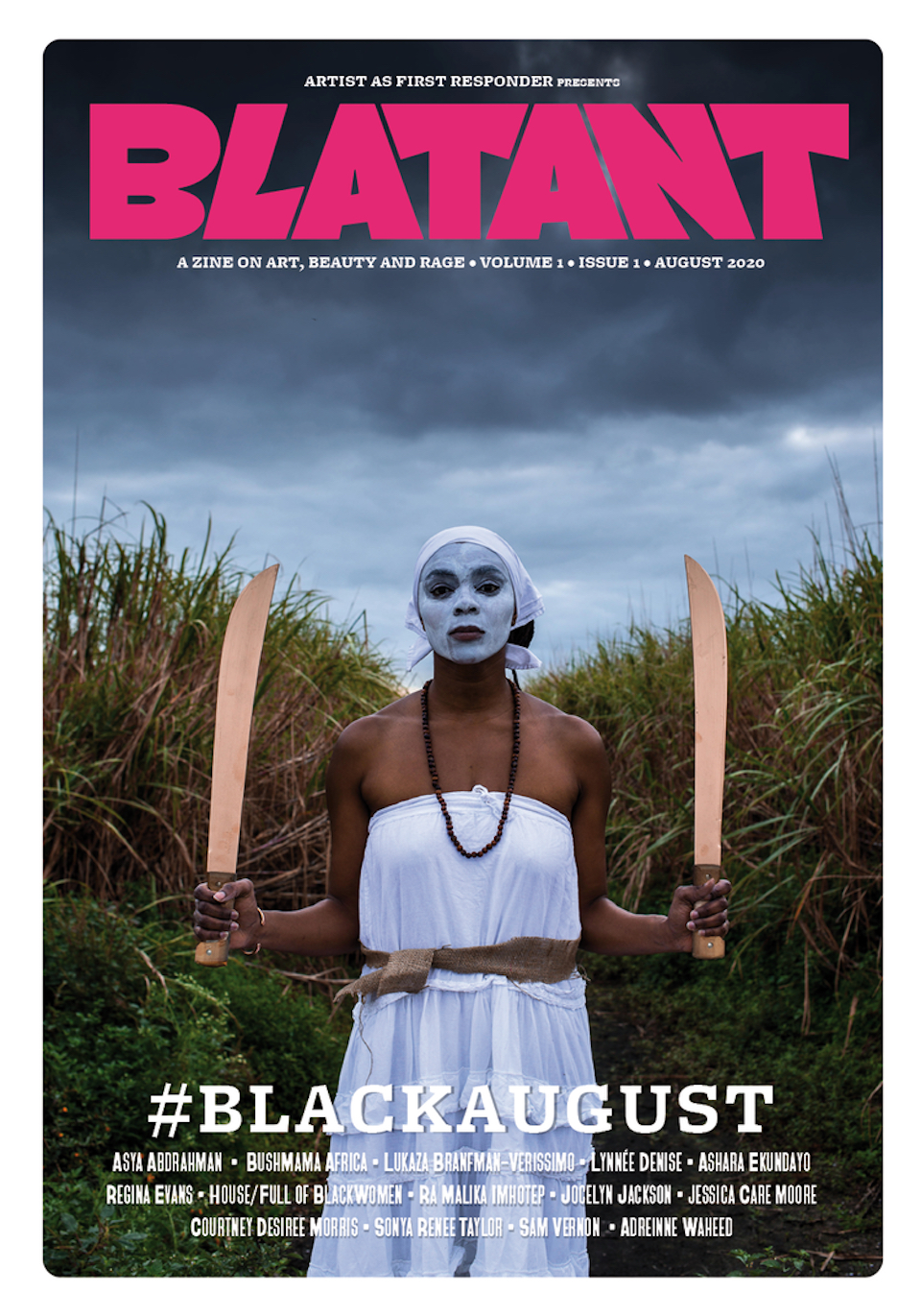 AAFR has recently launched a Patreon to continue supporting local Oakland artists of color and its programming and projects in the city.

“We want people to join us in supporting us,” Ekundayo said. “We inspire each other, we bring joy. And you can’t stop Black joy.”