Image: Sushi A via Yelp
By Joe Kukura - Published on November 30, 2021.
San FranciscoJapantown

The Japantown mall owner’s refusal to negotiate rent during the pandemic may spell the demise of the mall itself, and certainly suffocated a few businesses there into closure. Eater SF reported in January that 20-year-old Japanese food spot Takara would close permanently, which one thought might end the prolific Japantown restaurant career of 91-year-old owner Lena Turner.

But that would not end Turner’s career. KQED reports that last week she opened Sushi Aoba in the former Kiss Seafood spot at 1700 Laguna Street (at Sutter Street). And she’s brought on sushi chef Sachio Kojima, described by SF Weekly in 2012 as “the acknowledged master of sushi in San Francisco.”

“I was just looking for the best chef,” Turner told KQED. “Japanese people, everybody knows about Sachio.” 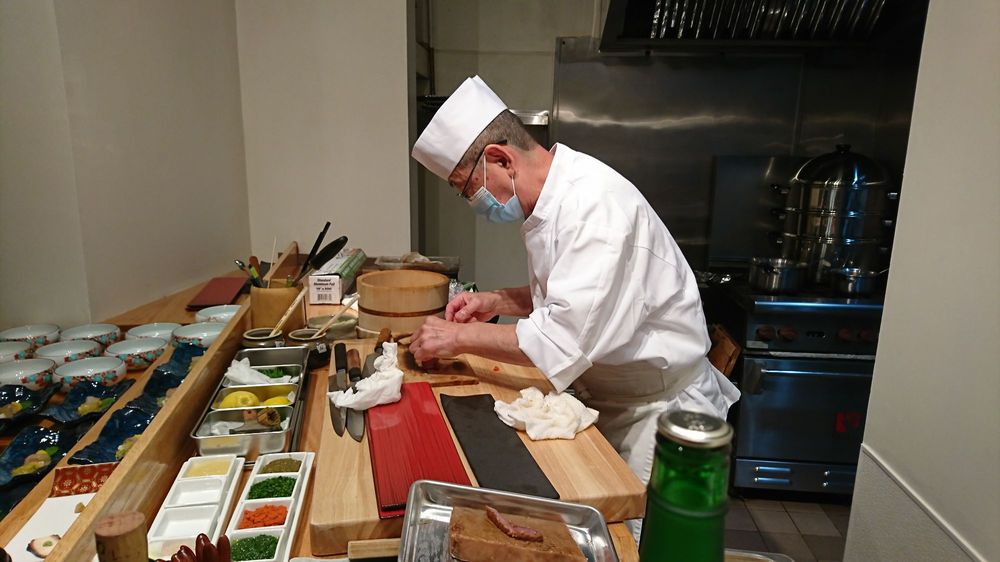 Kojima, who is credited with introducing westerners to delicacies like white tuna and monkfish liver, ran Kabuto A&S on Geary Boulevard from the 1990s until 2005, when he decamped to Shasta. He returned to the city in 2012 to work at the short-lived Hecho downtown, and more recently he's been working at Sushi Ran in Sausalito, according to LinkedIn.

Per KQED, Sushi Aoba features a small dining capacity of only 10-12, and with a $165-per-person omakase experience. There is one review and several pictures on Sushi Aoba’s Yelp page, which indicates a simple but very elegant interior, and sushi pieces that are meticulously and individually hand crafted.