Not even a chilly fog could dampen spirits as the Hardly Strictly Bluegrass Music Festival made its return to Golden Gate Park over the weekend after a pandemic-driven hiatus. This year’s festivities were dubbed “Back to the Park”, acknowledging the two-year absence of the in-person event. And by Sunday, clear skies again greeted concertgoers for the close-out of the three-day festival.

Founded by Warren Hellman in 2001, the free event has evolved from a one-day local concert to a multi-day festival that attracts “more than a half a million people each year”. 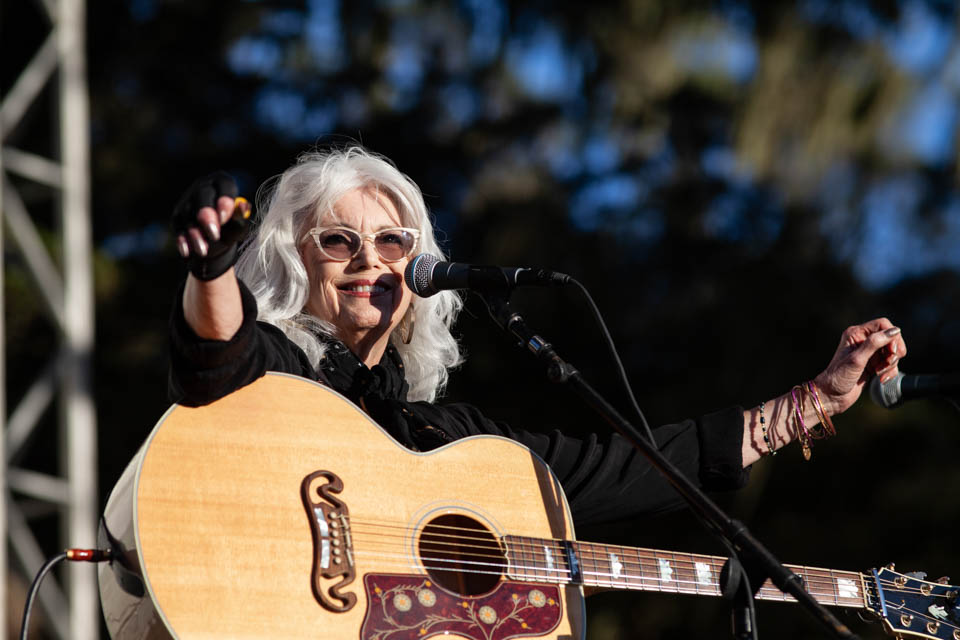 During the 2020-2021 in-person break, the event went digital offering livestreams and pre-recorded performances that are still available on Hardly Strictly Bluegrass TV (HSB TV). The foundation also focused charity efforts on supporting “music & arts communities in the Bay Area and across the country."

In 2020, those efforts included grants for Bay Area venues such as The Chapel, El Rio, and Bottom of the Hill. And in 2021, they invested in three organizations focused on relief and recovery within the music community: Esther’s Orbit Room Cultural Revival Project, Sweet Relief COVID-19 Fund, and The Tenderloin Museum’s Sounds of the Tenderloin project. So far, Hardly Strictly Bluegrass has invested more than $4 million in charitable music relief efforts.

This year’s event saw the return of the multiple stage set-up. Spaced throughout the middle of the park, the stages welcomed artists from an array of musical genres, including bluegrass, funk, rock, country, soul, and more. This year there were over seventy acts and artists listed. Elvis Costello, Marcus Mumford, Lucius, Jay Som, Charley Crockett, and annual favorite Emmylou Harris were among the musical offerings. 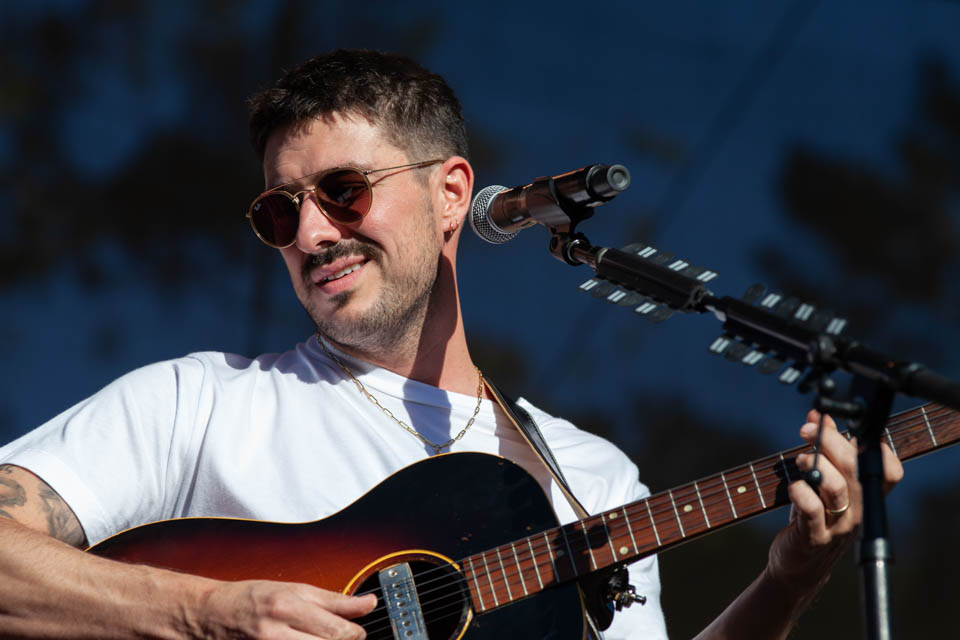 Helena Levin, who lives in the neighborhood, was happy to welcome back the in-person event. “The fact that there’s people out and it’s fun to be a part of something again,” she said, “part of being a … community.”

Here are more scenes from the musical festival: 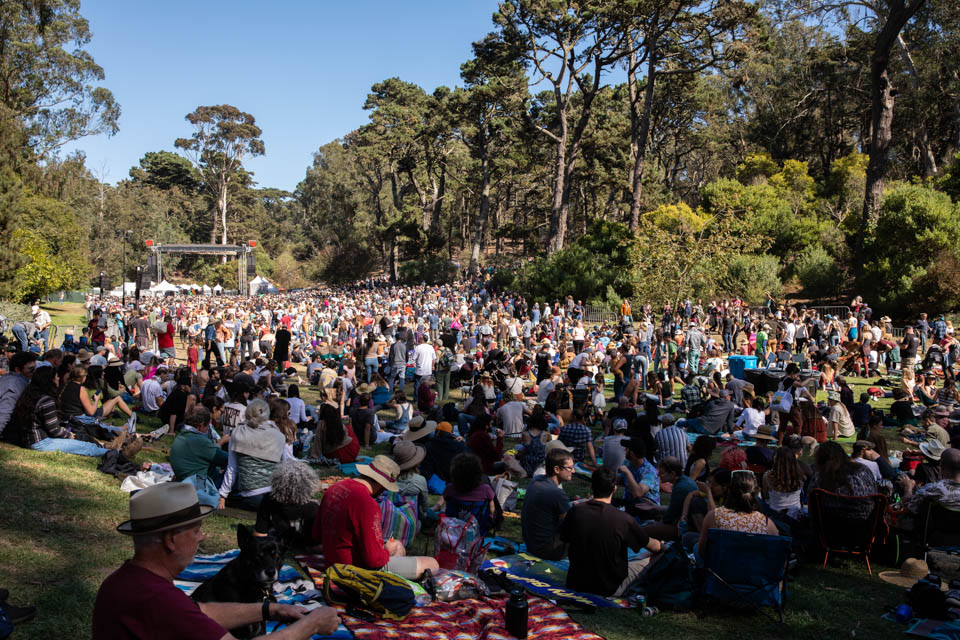 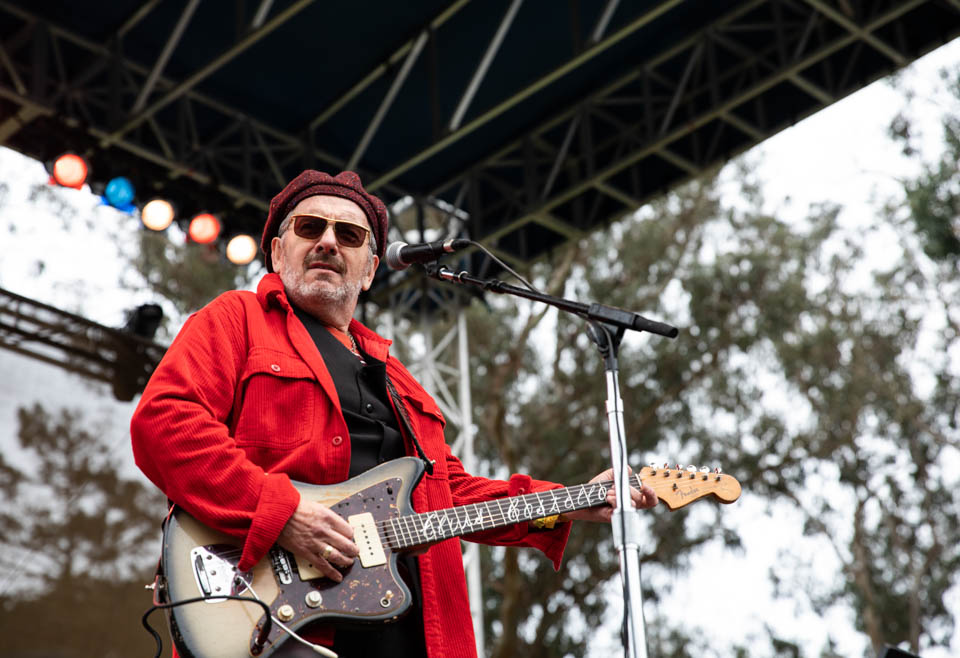 Elvis Costello performs on the Towers of Gold stage on Saturday afternoon. 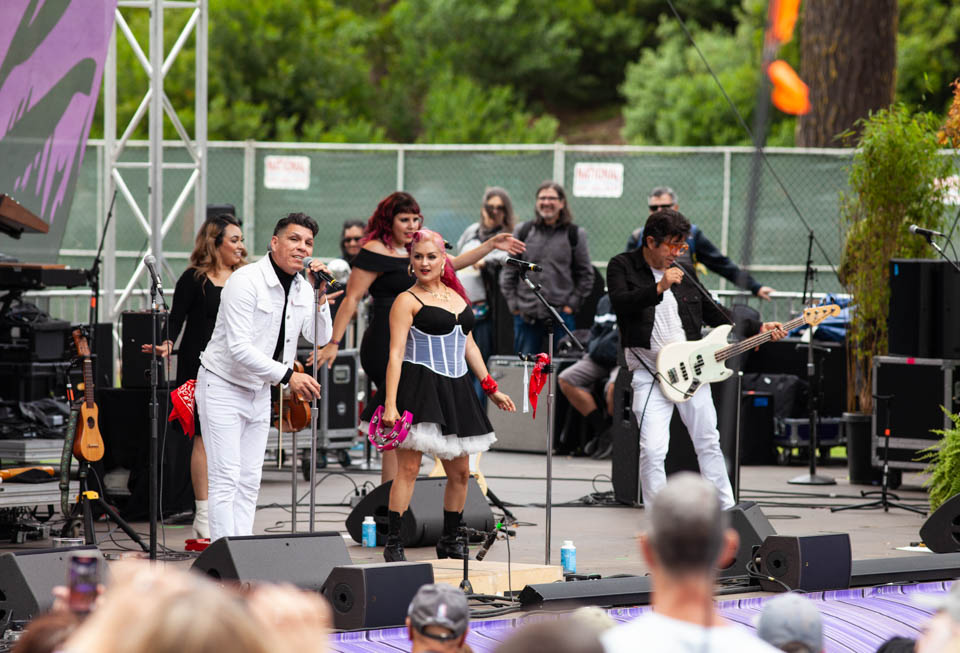 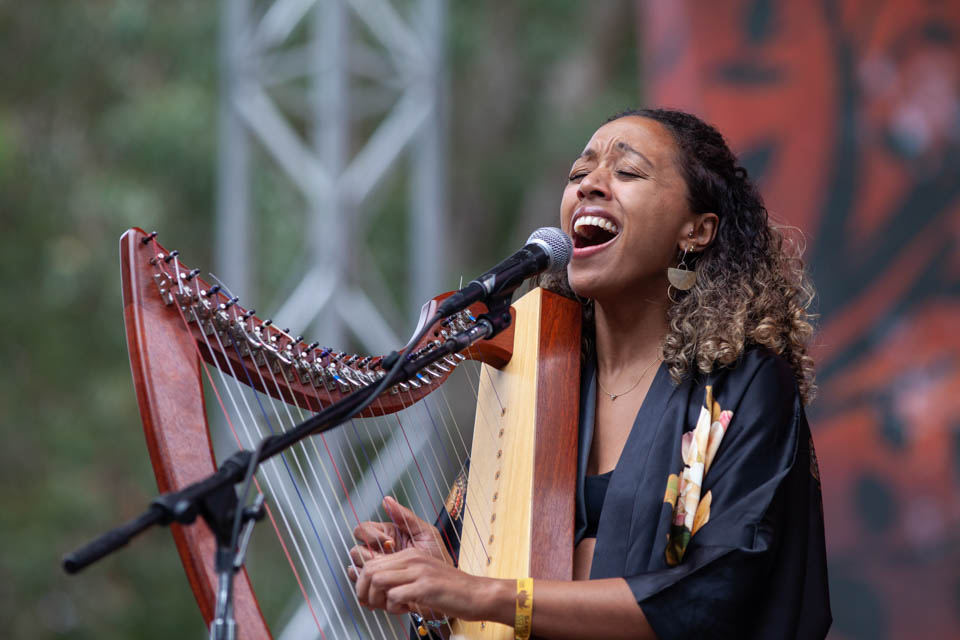 Black Opry Revue took to the Rooster Stage on Saturday. 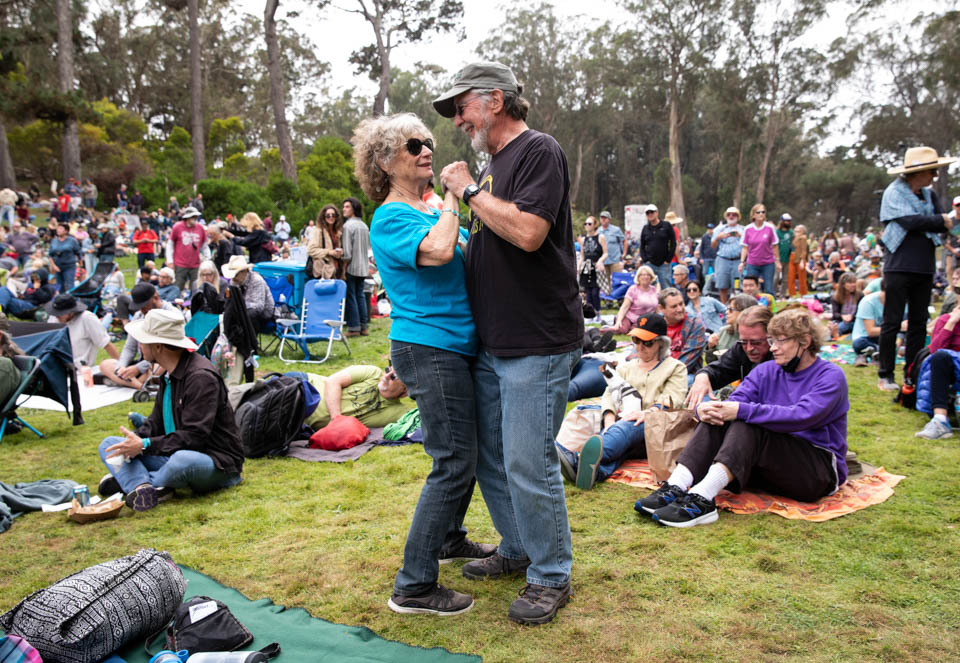 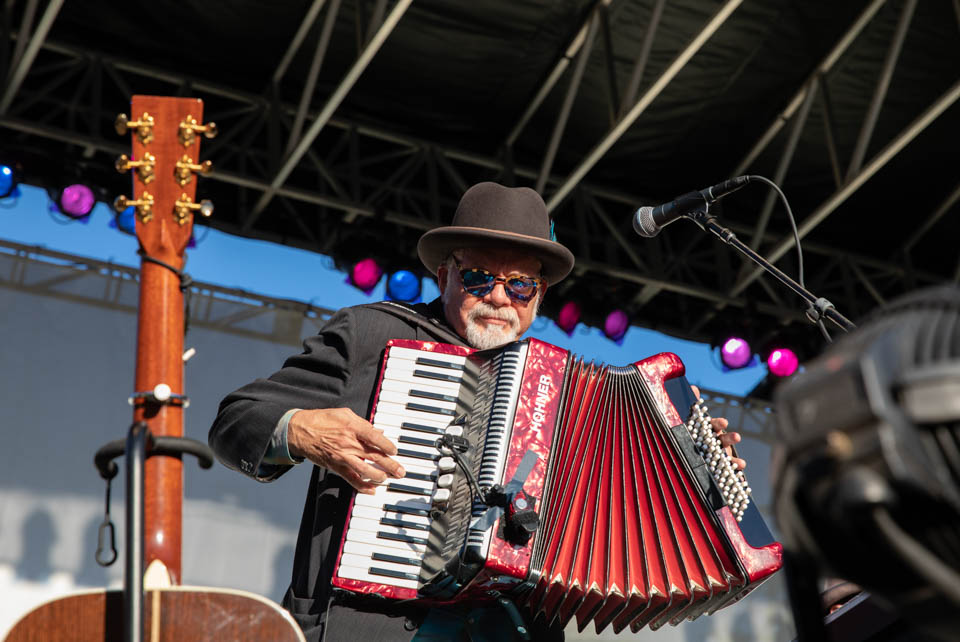 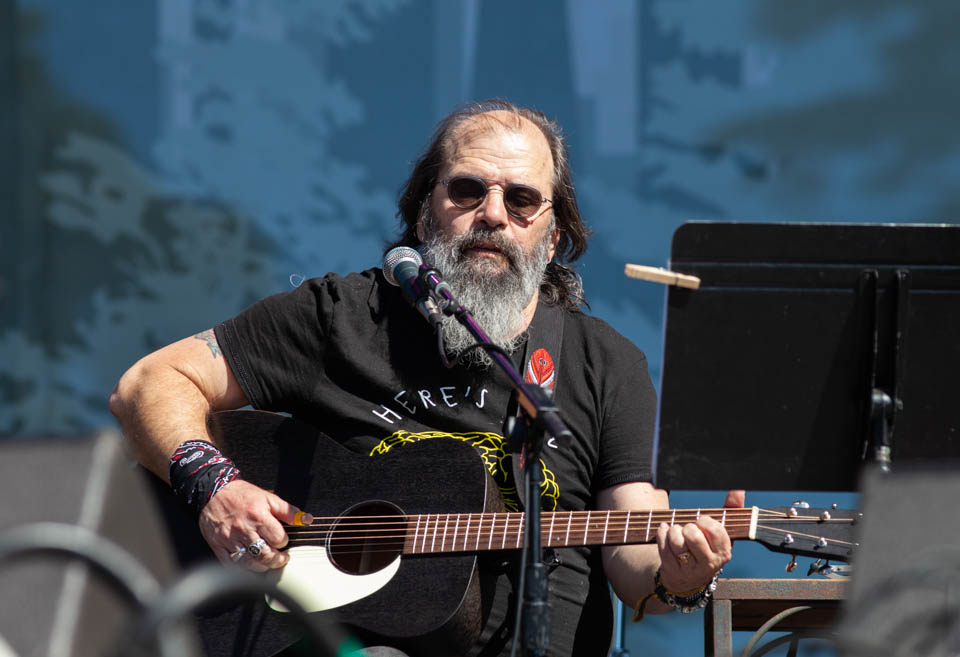 Steve Earle performs as part of the "Fare Thee Well" tribute celebrating the songs of those who have passed away over the last few years, including John Prine and Justin Townes Earle. 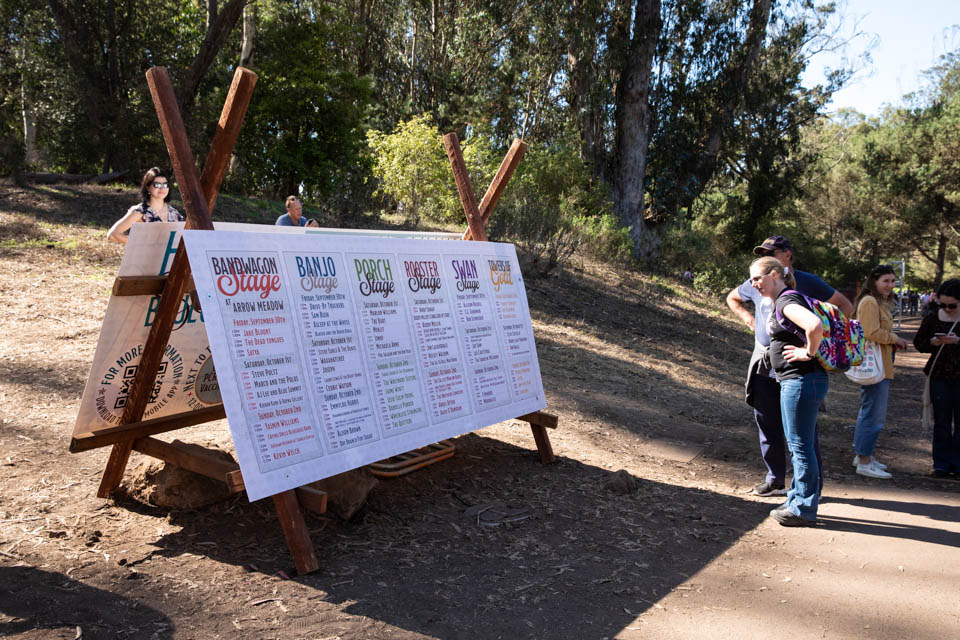 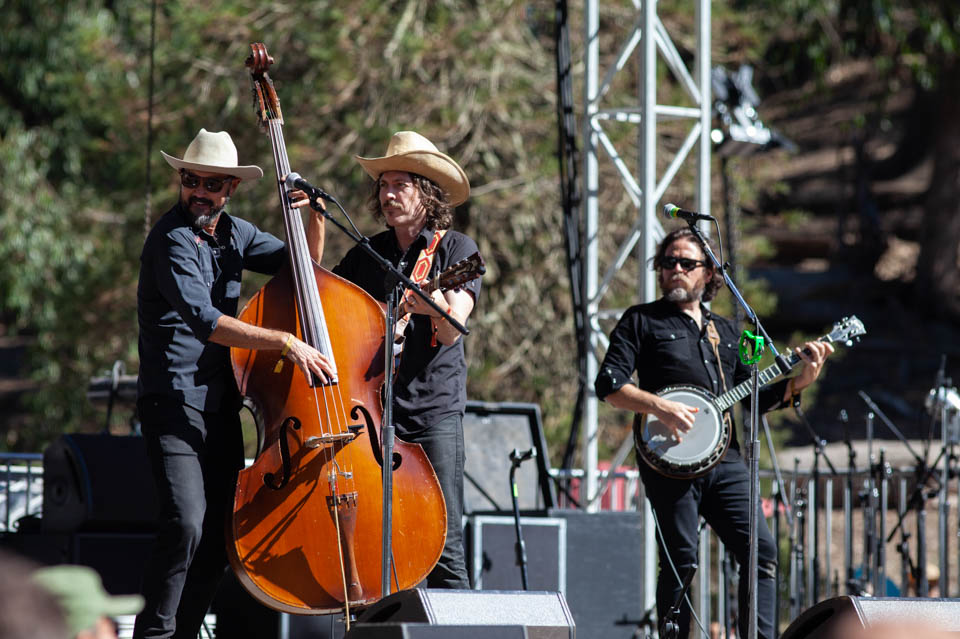 The Brothers Comatose perform on the Rooster Stage on Sunday. 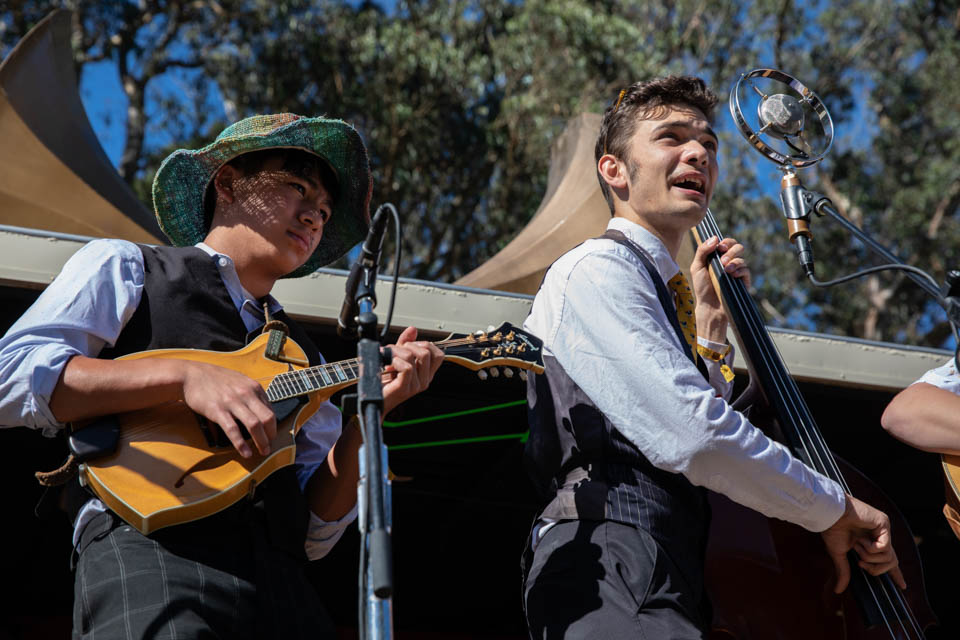 Members of the Crying Uncle Bluegrass Band perform on the Bandwagon Stage. 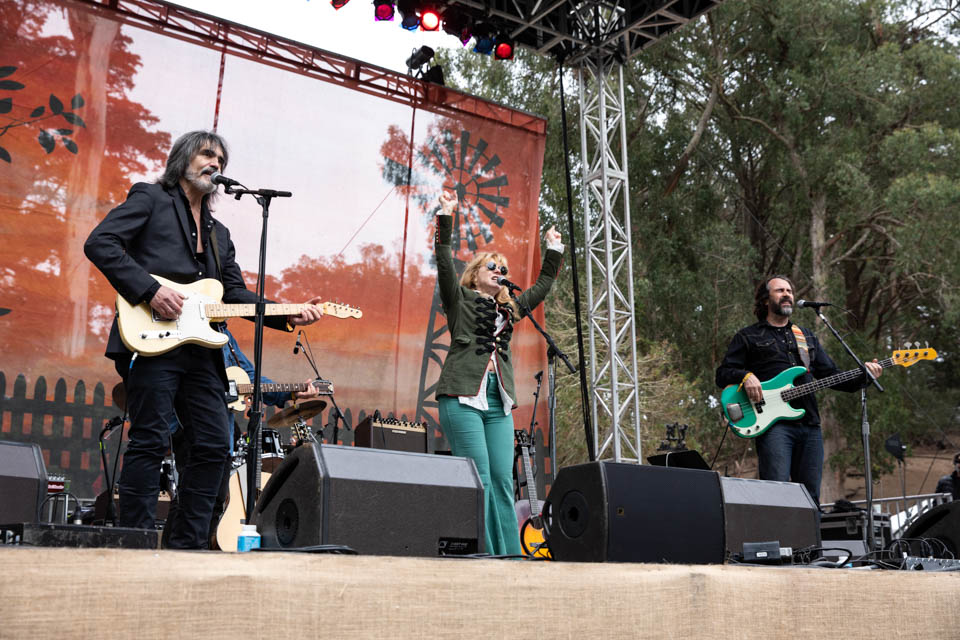 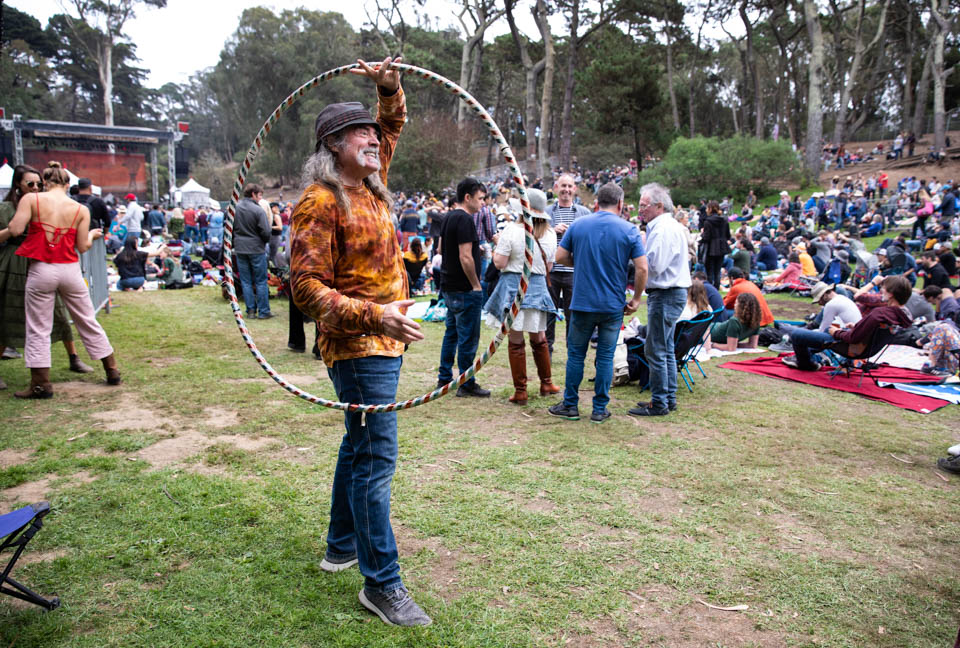 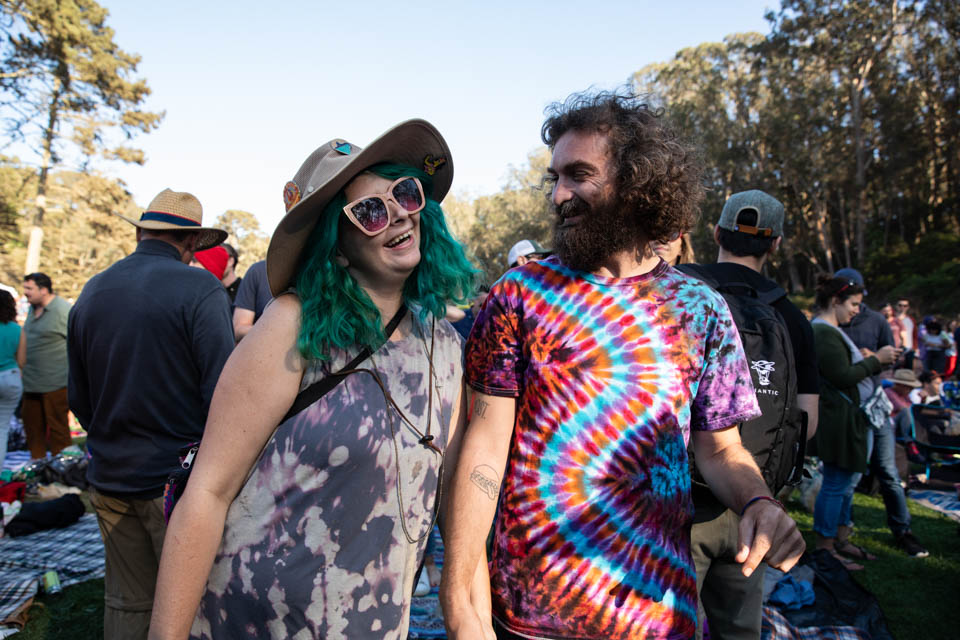 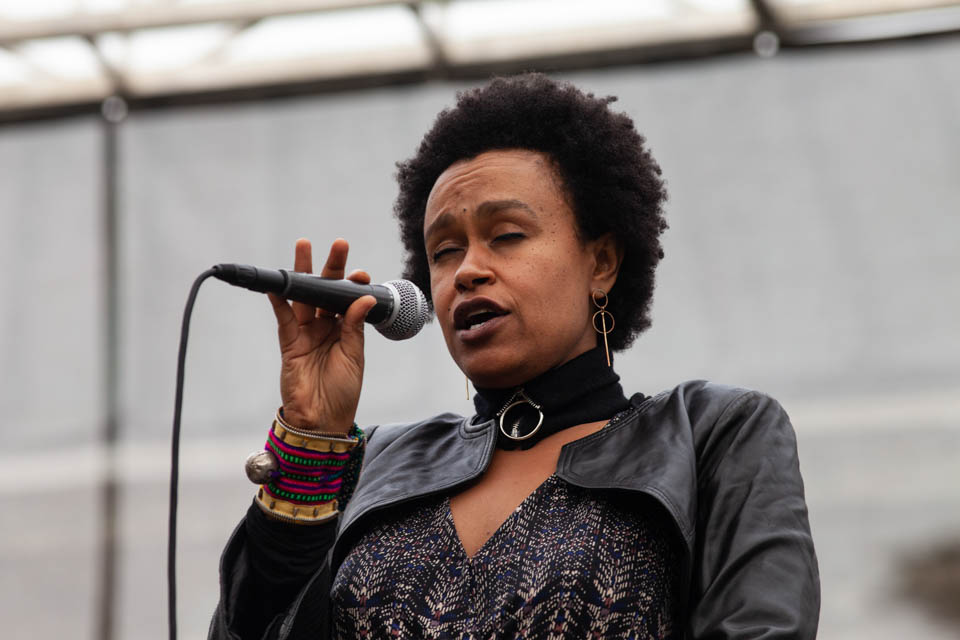 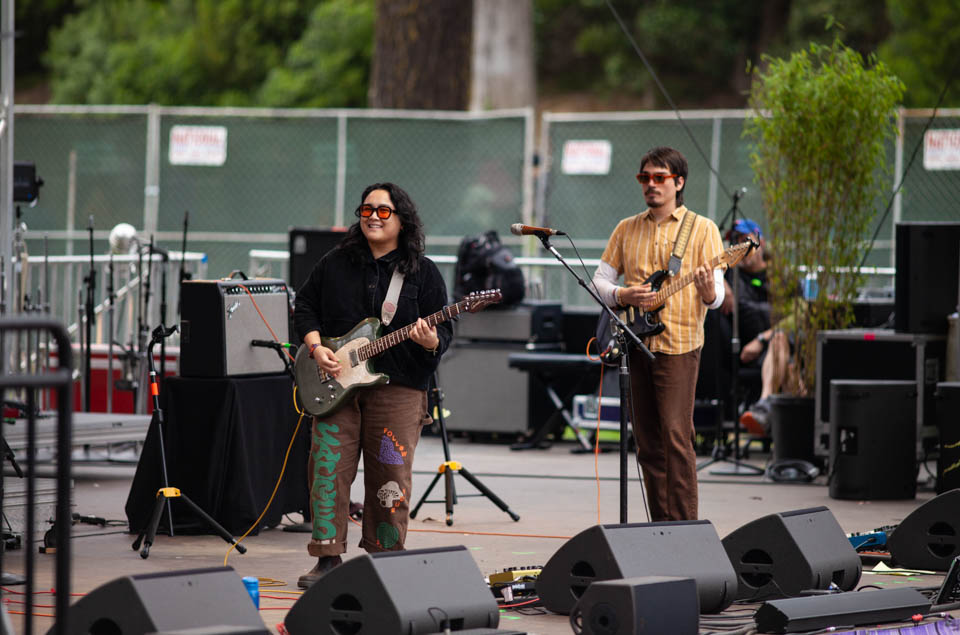 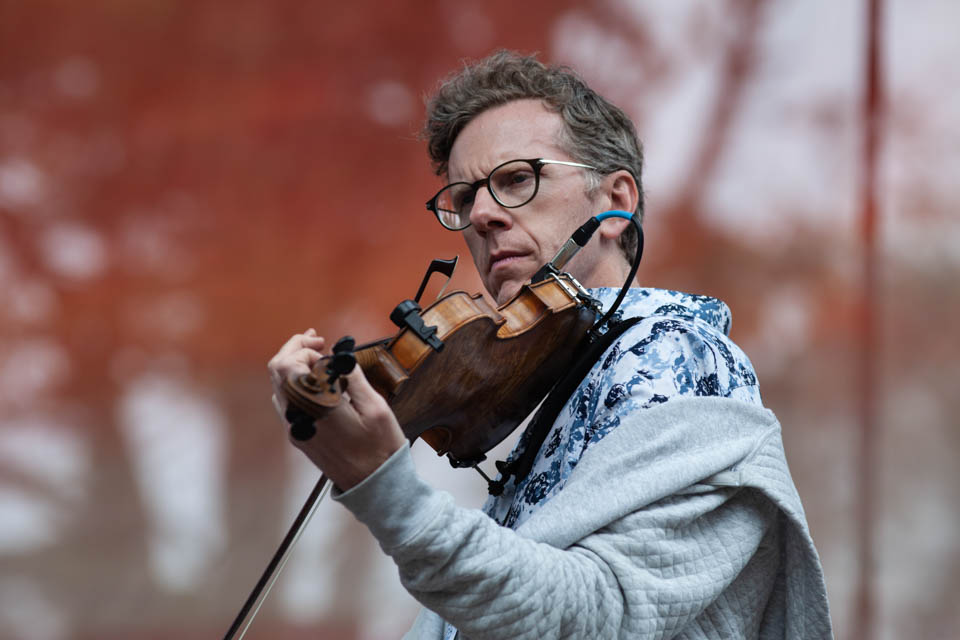 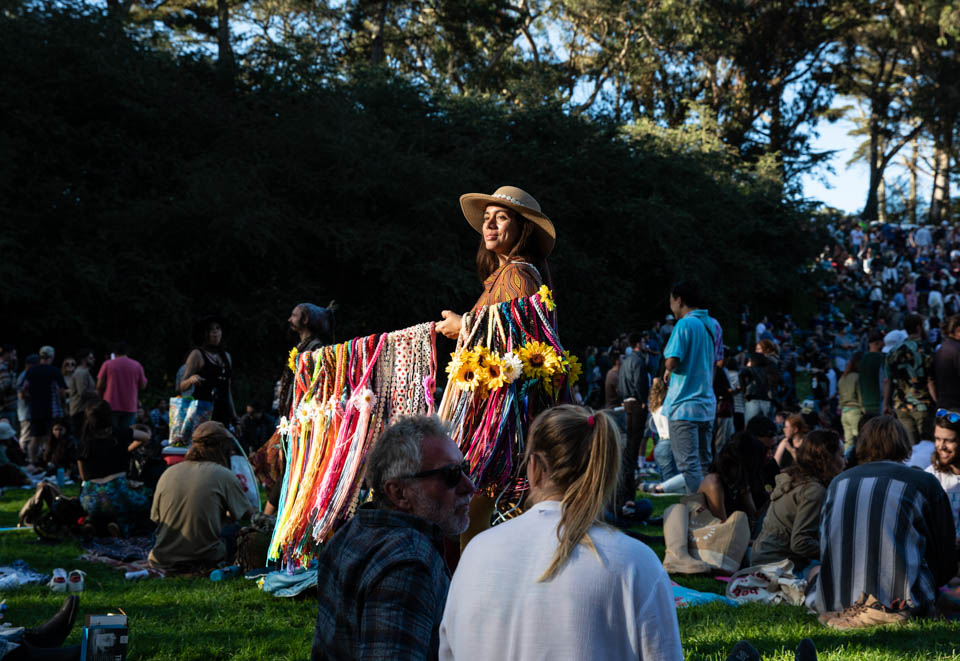 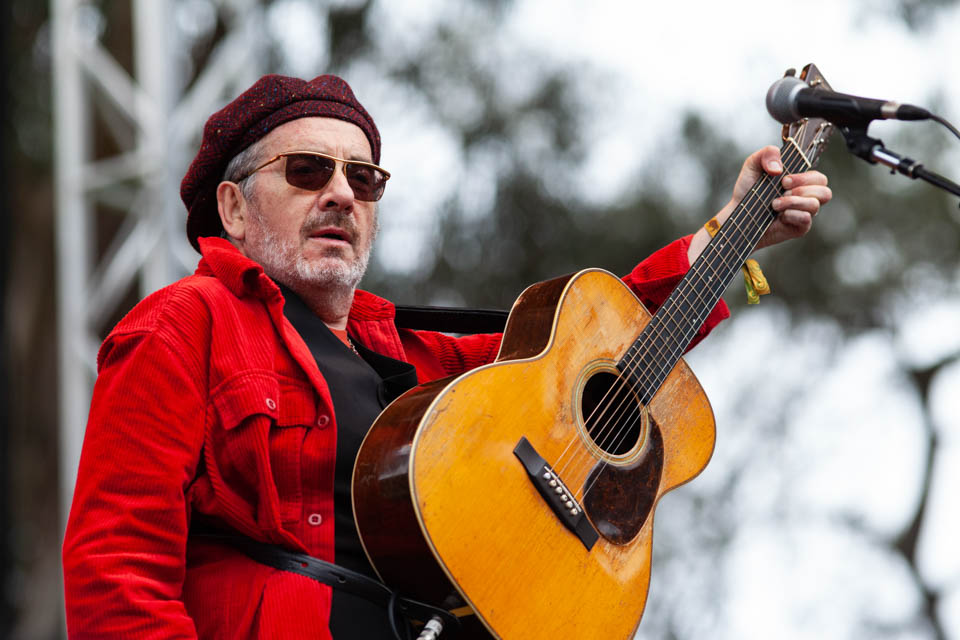 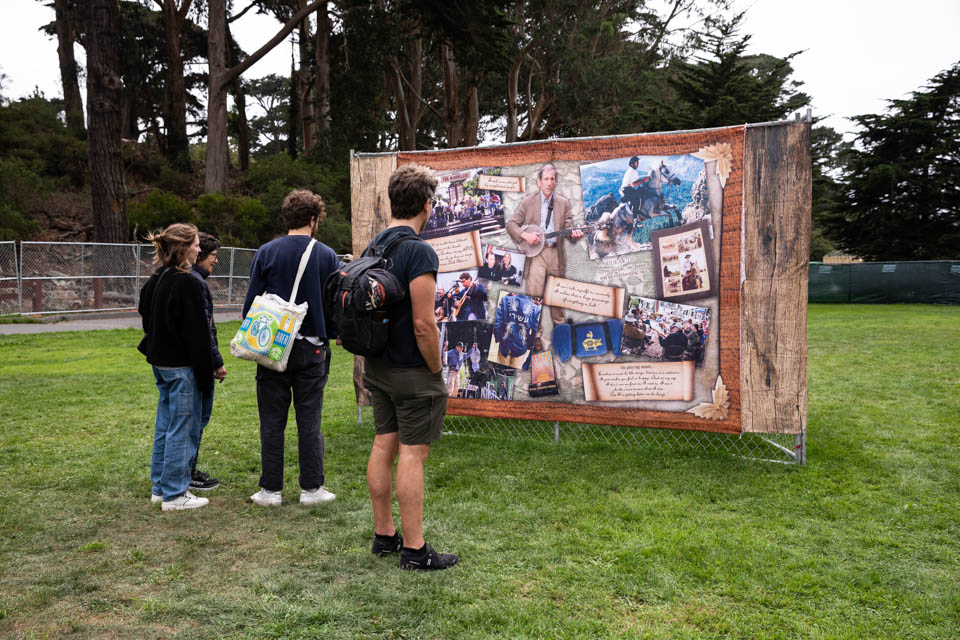 Concertgoers read a little bit of history on Warren Hellman, who graduated from San Francisco's Lowell High School in 1951. 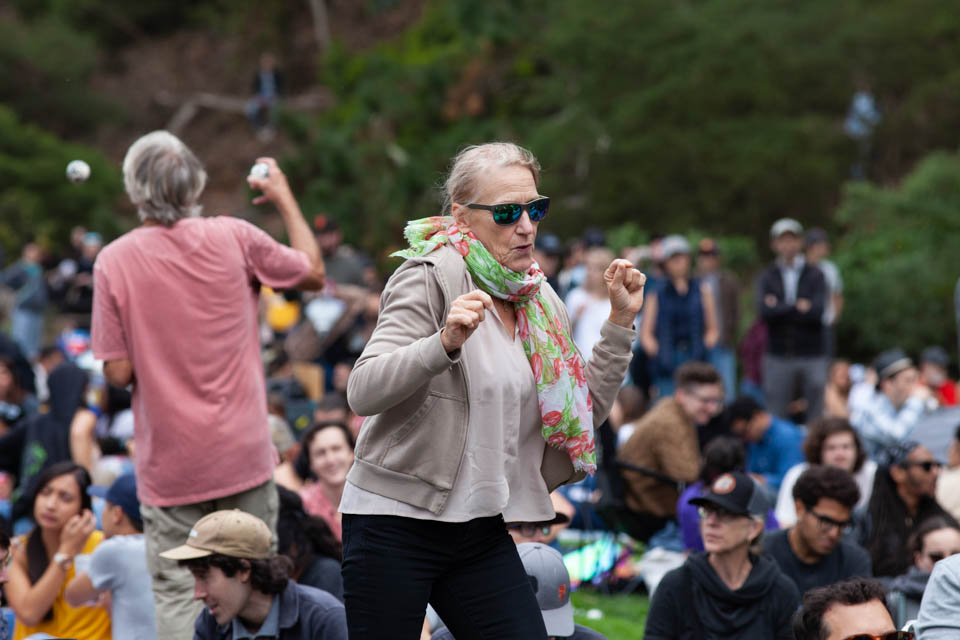 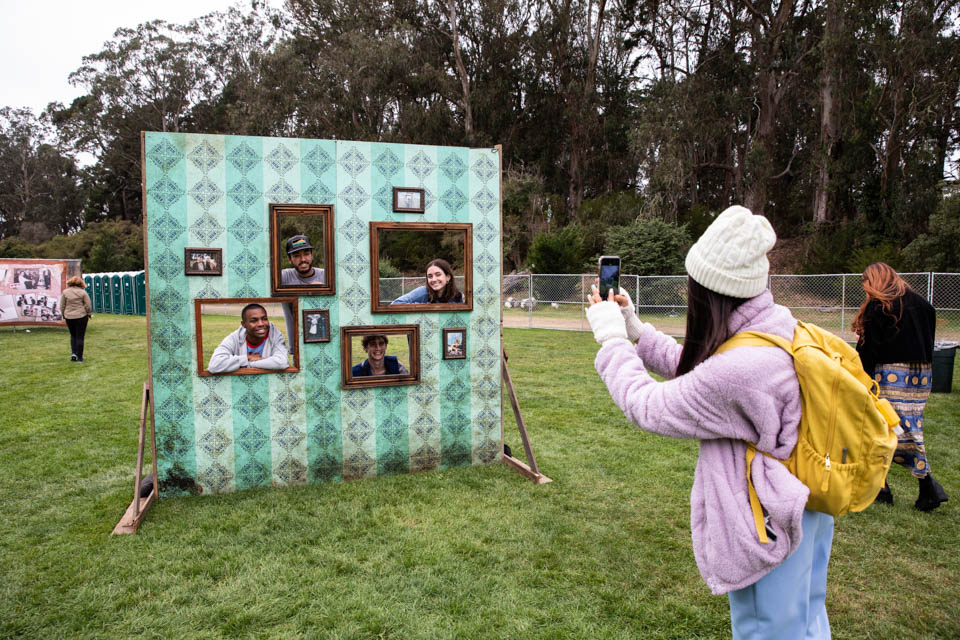 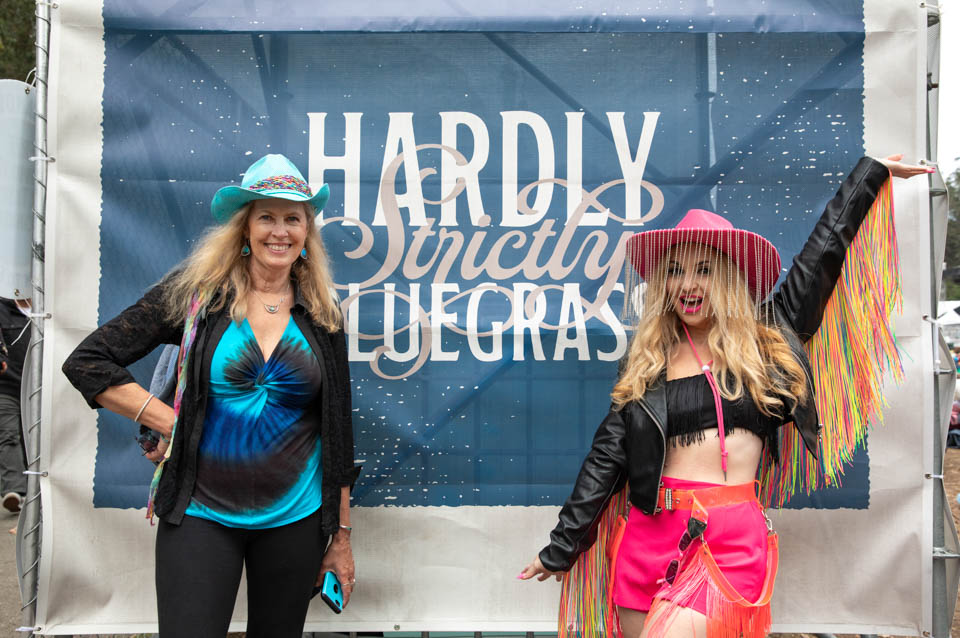 Diane D. from Richmond and Helena Levin from San Francisco were both happy for the return of the festival to Golden Gate Park.

All photos by Cheryl Guerrero for Hoodline