Now, the neighborhood group People of Parkside Sunset (POPS) is bringing it back, and the show will go on again Friday.  POPS announced that Movies at McCoppin returns Friday, October 7, and continues every Friday night in October. 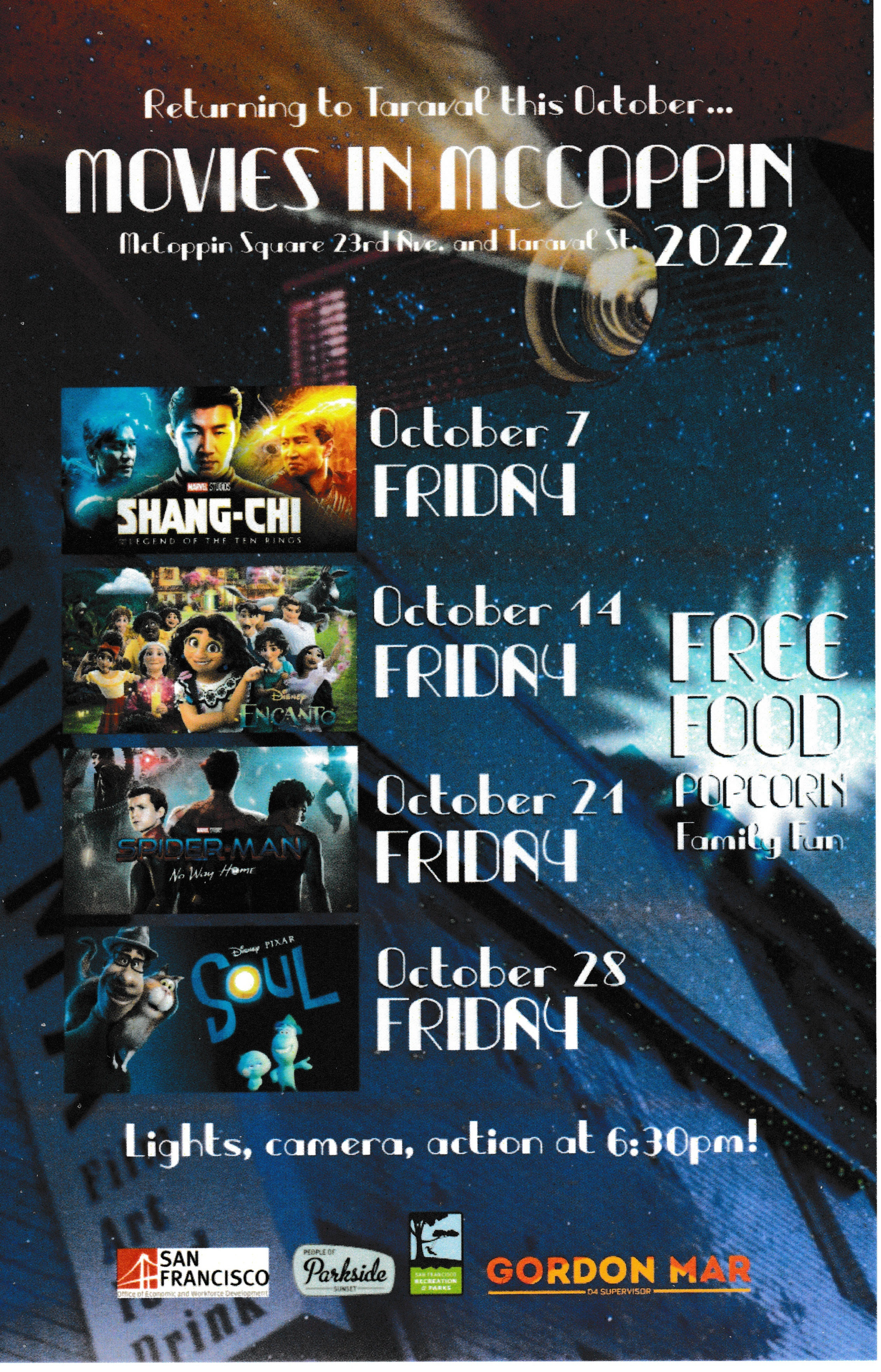 “After going on hiatus for two years due to the pandemic, Movies in McCoppin is back this fall,” POPS said in an email announcement. “In addition to FREE movies, we will also provide complementary light refreshments and activities for kids, so you can bring the whole family!  Activities will begin at 6:00 pm, and the film will start at or around 6:30 pm.”

The 2022 Movies in McCoppin schedule, which is all family-friendly Disney, Pixar, or Marvel Studios films, is as follows:

Yes, a couple of these films have already had outdoor screenings previously this summer at other San Francisco parks. But it’s great to see a neighborhood tradition return for its 10th anniversary, even if they haven’t been able to hold the event for all ten of those years.

San FranciscoParksideOuter Sunset
About 21 hours ago