In Pursuit of Justice: The Story of Hugues de la Plaza

huguesdelaplaza.blogspot.com
By Elizabeth Nolan - Published on June 03, 2013.
San FranciscoHayes Valley
Residents of Hayes Valley have often regarded Linden alley as one of the most charming thoroughfares in the neighborhood. It meets with Octavia at Patricia's Green, offering a small haven for the kids, couples, dog lovers, and tourists enamored with our unique atmosphere. For Hugues de la Plaza, that atmosphere turned into a grim nightmare in the early hours of Saturday, June 2nd, 2007. After celebrating a promotion at Underground SF with friends, Hugues took the usual walk home from the Lower Haight to his apartment at 462 Linden. He made dinner, surfed the Internet, and rose to open the door, sparking a mystery that remains unsolved an unfathomable six years later. 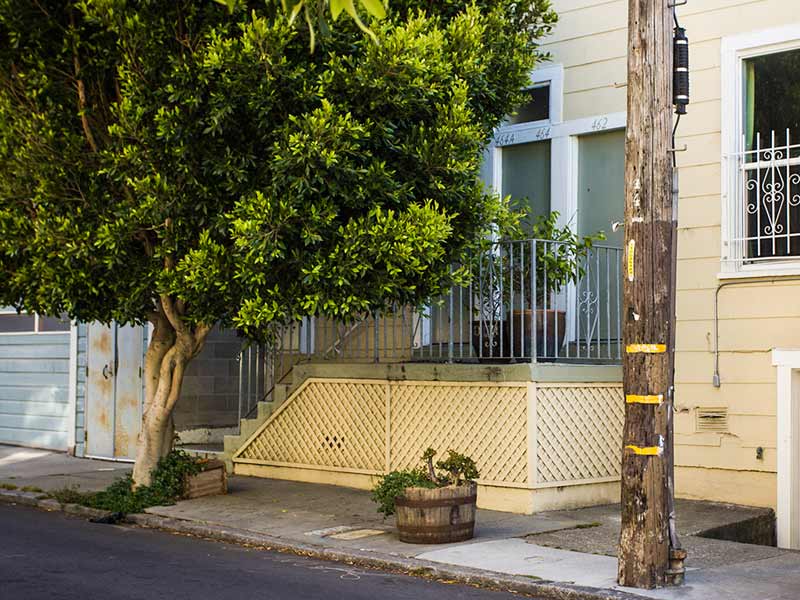 Hugues in Hayes Valley
The Hayes Valley of 2007 was not that different from the neighborhood we call home today. The Octavia offramp had been completed, and a tremendous amount of growth had transformed the area from its once-sketchy past. The flourishing community attracted a new world of working artists and budding families. While crime is no stranger to many of our residents, the violent assault on Hugues sent shockwaves through the neighborhood, and across the ocean. Born in France on June 11th, 1971, only child Hugues de la Plaza spent his short life traveling the world. He was a sound engineer by trade and a philosopher by heart. Hugues became an American citizen, and spent his last few years living in his Linden Street apartment. Friend and former paramour Melissa Nix remembers him affectionately. "I've never met anyone like him," Melissa told us. "He was a unique person with a good heart – I miss him every day." It was Melissa's concern for Hugues, and her background in journalism, that spurred her to fight the SFPD's assertion from the very beginning -- that Hugues de la Plaza committed suicide that night in June. Hugues's friends and neighbors reinforced Melissa's standpoint wholeheartedly, and refused to let the authorities write off the atrocity. For years they fought the status of Hugues's case as a "suspicious death," and the listed cause of death as "undetermined." Their efforts to find true justice for Hugues, along with the efforts of Hugues's parents, authorities in France, and countless friends and concerned San Franciscans, have revealed alarming cracks in our system. 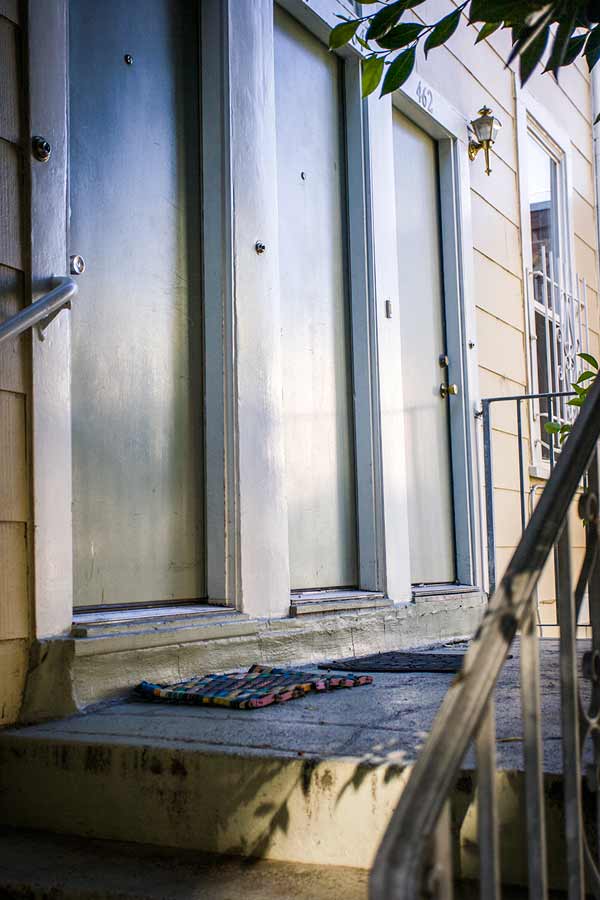 June 2, 2007 When Hugues opened the door of his apartment that night -- perhaps lured out with a phone call, or by a knock -- he was caught off-guard by his assailant. The attack was swift and sudden, right there on his silent stoop in the middle of the night. The police use the lack of noise as an indicator of suicide. This theory implies that Hugues ate a small amount of the dinner he had just prepared, and then decided, after a night spent with friends in good spirits, to step outside briefly to stab himself. The SFPD also pointed out that the deadbolt of the front door was set when the body was found. Logic implies that a man attempting to protect himself from an attacker outside would return to the safety of his home and lock the door as quickly as possible. No murder weapon was recovered from the scene. An outside medical examination by Dr. Michael Ferenc noted that the most serious of the three blows Hugues received, severing an artery and puncturing his lung, would have caused his death in a minute or two. The SFPD's theory would require Hugues in this time to either wash the knife completely clean, and/or stash it in a hiding place so good that it remains unrecovered six years later. Ryan Beckwith, a nurse and close friend of Hugues, viewed Hugues's body and wounds, and also spent time at the scene of the crime in the following days. "I spoke with the biohazard guys as they were cleaning the apartment," Ryan told us. "One of the two men's comments to me was, 'Your friend put up a hell of a fight.' When I told him the cops were trying to say this was a suicide, he just shook his head."
A Troubling Trend
We contacted current San Francisco Sheriff -- and former District 5 Supervisor -- Ross Mirkarimi about Hugues. Though he declined to comment on specifics of the case, he noted, "The larger concern is the rate of unsolved murders in San Francisco." 2007 had the unfortunate distinction of seeing 100 murders in San Francisco, the highest number of any year in the new millennium. Only 25 of those 100 were moved to prosecution, and this number does not include Hugues, due to his status as a suspicious death. This fact has lead many to believe the investigators in Hugues's death were more concerned with keeping the murder rate down than they were with bringing him justice. These numbers also reflect the inundation the SFPD was experiencing at the time of Hugues's attack. An earlier SF Weekly article from shortly after the murder offers a bleak window into the attitude of the SFPD, an attitude that has tragically remained unchanged. Joe Eskenazi of SF Weekly has also written extensively about the case. "As far as I'm concerned, if you're going to theorize that someone stabbed himself multiple times, then cleaned up the knife and threw it away – this is something that needs to be proved beyond the shadow of a doubt," Joe told us. "That just hasn't happened. You can read all the reporting done at the time -- in SF Weekly and elsewhere, there were lots of reasons that it was beneficial this not be seen as a homicide."
Doubts About the Medical Examiner
The medical examiner at the time, Dr. Venus Azar, has come under fire on several occasions stemming from her lack of decision in the death of Hugues de la Plaza, and for her conduct during the timeframe of his murder and in other cases in the city. Azar currently retains the position of medical examiner, and she alone can formally change her "undetermined" finding, but has held her ground despite investigations both inside and outside San Francisco which deemed the crime a homicide. Interestingly, it was later discovered that Azar and the lead investigator in Hugues's case, Antonio Casillas, were engaged in a romantic affair. Prosecutors in a separate case on which Azar and Casillas had both worked, regarding the death of police officer Nick-Tomasito Birco, reportedly suggested that the romance influenced Azar's decision on the cause of death in the Birco case. Azar confidently told a grand jury she knew his cause of death was not due to his heart condition – and when asked how she knew this, she responded, "It's my job." However, when testifying later, her level of certainty dropped – to a mere 51%. Friends of Hugues find these facts troublesome, especially after watching Azar and Casillas speak about Hugues's case in a 2010 episode of CBS's 48 Hours. "You know, it's just an opinion," Azar states in the episode. "The cause of death and the manner of death are opinions. They're my opinion – you can have a different one." This assertion is a far cry from Azar's justification of her "opinion" in Officer Birco's cause of death – that she knew for sure because it was her job. Very unfortunately for Hugues, she and Casillas's opinion stymied an extremely sensitive window of time during which important evidence could have been collected for a homicide investigation, and was instead washed away forever. 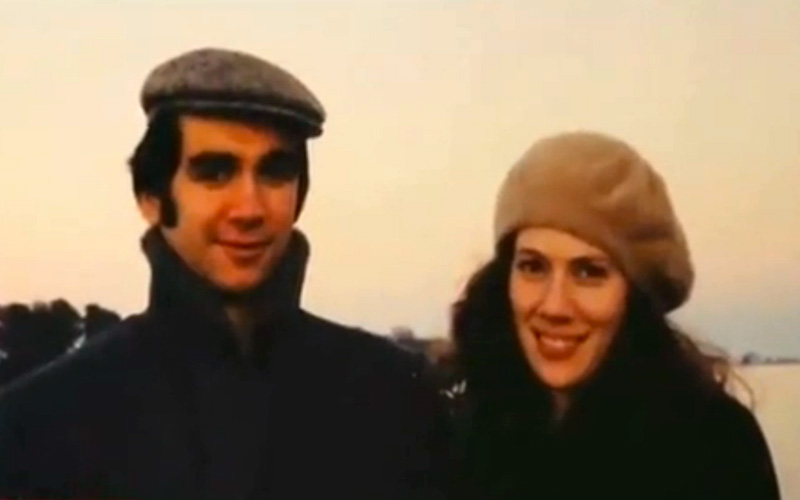