Tales Of Outrage From The Mailbag

Photo: Flickr / eldeeem
By Andrew Dudley - Published on May 24, 2014.
San FranciscoDuboce TriangleLower HaightAlamo Square
We've received a slew of tips recently from readers who are aghast, perturbed, or outraged for some reason or another. So, we've rounded up a few of their concerns into one easily digestible diatribe.
Reader John H. tips us to one of the priciest real estate listings we've ever seen in the neighborhood. 39 Lloyd Street (you might want to mute your computer's audio before you click that link) is a 4-bedroom, 4-bath new construction just a few feet from Duboce Park, being offered for $4.7 million. "Seems like an overreach to me, but who the heck knows in this market," John writes. 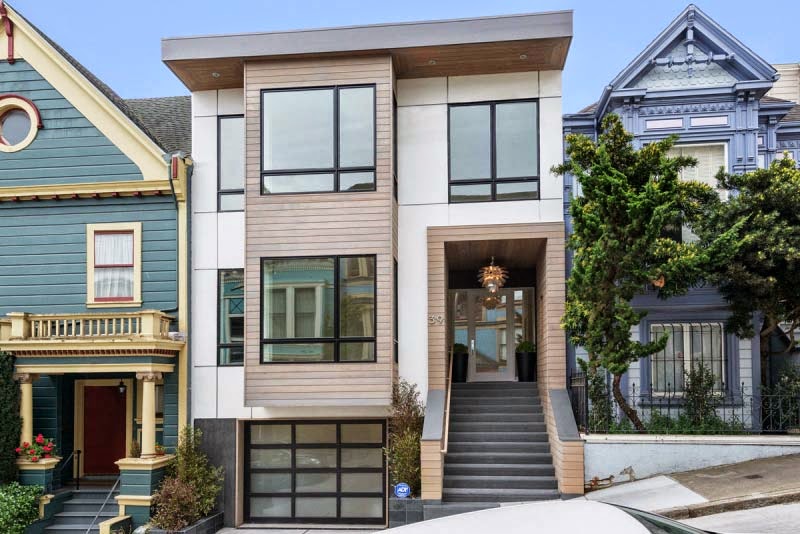 39lloydst.com
According to Redfin, only 5 single family homes in the 94117 zip code have ever sold for more than $4 million. In case you're curious, the most expensive was the Hormel Mansion on Buena Vista Ave East, which sold for $7.2 million last year.
Meanwhile, Robert, who lives on Alamo Square, is none too happy about Wednesday morning boot camp sessions in the park:

"What do neighbors think about the Wednesday Alamo Square boot camp/aka frat party exercise day? I doubt the organizers live in the neighborhood, nor do most of the kids who show up. Sorry to be so snarky, but for a brief hour, those of us who live in the neighborhood like the peace in the morning before tourists, tech kids, hipsters, drive-ins to the neighborhood, and other kids who didn't get enough of their college party experience show up. We like some brief moment of quiet when we can appreciate the trees and the birds and our dogs and the conversation and just some nature without the desperate-for-info generation. Please, beg them to leave us alone!"

Consider yourselves begged.
Another local reader got a ticket for having his license plate displayed on his car's dashboard rather in the traditional location:

"SFMTA is making up laws that do not exist in the books and enforcing them themselves with exorbitant fines ($114). I received a ticket for having a licence plate on the dash board which they quote as violating California vehicle code VC 5201. However nowhere in VC 5201 does it say that it is illegal. I went to the DMV where they certified it as legal. However the SFMTA refuse to give me a fair legal hearing even after writing three letters bringing this to their attention and they now want me to pay a 'compliance fee' instead of acknowledging their extrajudicial bullying."

A reading of VC 5201 does seem to back up the reader's claim. Front plates are only required to be securely fastened, clearly visible, and not more than 5 feet above the ground, all of which were the case in this instance.
Finally, after our story earlier this month on the local landlord who was requiring that tenants earn $100K a year and have a 725 credit score, we received a ton of email from other angry tenants, some of whom live in the same building.  One reader sent us additional letters from the landlord of that building, 312 Fillmore, which announce a series of strict and questionably legal changes for tenants.  Such stipulations include disconnecting the building's front door buzzer, putting security cameras in interior public spaces, setting limits on the number of tenants who can live in a unit, and requiring a "government issued color photo ID" of everyone in the building:

"It all adds up to a possible pattern of harassment against longtime tenants," our tipster noted. After our original story broke, the landlord quickly retracted at least one of his letters, and we hear that some tenants are taking action to address these other issues as well.
Phew - that's a lot of outrage for a Saturday.  As always, if you have a tip for us (outrage-fueled or otherwise), please let us know.  We're always happy to hear from you, no matter how unhappy you might be.
San FranciscoDuboce TriangleLower HaightAlamo Square
About 16 hours ago