Catherine Chow Of Azalea On Expanding To The Mission And More

Photos courtesy Azalea.
By Meaghan Clark - Published on October 29, 2014.
San FranciscoHayes Valley
Hayes Valley is a boutique shopper’s paradise, so it’s no surprise that Azalea co-founders Catherine Chow and Corina Murimba-Hambali have found over a decade of success in the neighborhood.
The college buddies initially opened shop as a traveling trunk show in order to “test out the waters,” says Catherine, eventually moving into the former auto repair shop that’s their Hayes Valley home.
After working on their own for 10 hours a day, seven days a week, their passion project turned fruitful. These days, both women are the happy co-founders of three Hayes Valley staples: Azalea, Welcome Stranger, and Rand + Statler.
We chatted with Catherine after learning that Azalea, the Hayes Valley retail haven, recently expanded with a new location in the Mission. Here’s what she had to say about the new Mission abode, the San Francisco shopper, and her favorite spots in both SF ‘hoods. 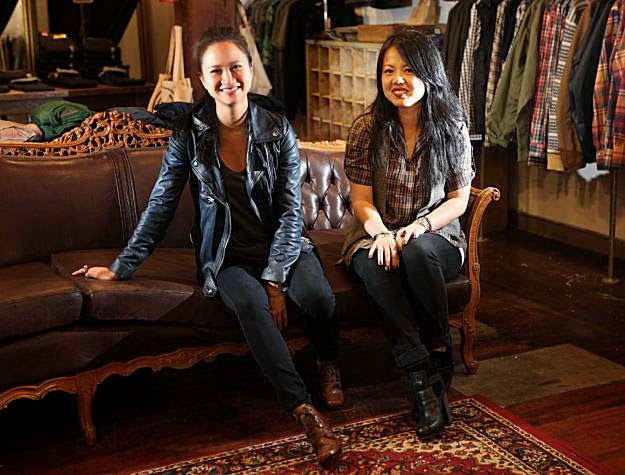 Corina (left) and Catherine (right)
Why did you finally decide to expand into the Mission?
We knew that we wanted to open a second Azalea in the Mission eventually, but we didn't know when or where we could make it happen. We weren't even expecting to find a location when a space opened up, and we knew that we had to jump on the opportunity.
What’s special about your new shop?
The Mission location has a very open feeling to it. It's clean-cut and minimal, but also warm and inviting. The clothes are meant to represent a curated version of the Hayes store with a few high-end brands that sample flavors found in Rand + Statler and Welcome Stranger.
Will the move diversify Azalea’s customer?
We have always had a really diverse clientele. Since opening the Valencia location [in August], we have noticed a lot more local shoppers. People stumble in on their way to Dolores Park or walk by after grabbing a bite to eat, and shop because we have the clothes people are looking for ... but don't want to go downtown to find.
Will you offer a different selection of merchandise than what’s currently in Hayes?
We carried over our essential Azalea merchandise, but we also brought in some high-end brands that aren’t normally found in the Mission. Some new brands we’re introducing are Hortense Jewelry, a local line called Re:Creation, and Rag & Bone Denim.
Who is the Azalea consumer?
The Azalea consumer ranges from the college student who is visiting home and shopping with her mom to the Danish tourist that’s a little lost, and even the classy business woman who brunches with friends. We really have something for everyone.
What makes your clothes ideal for San Francisco?
The San Francisco consumer wants nice things but doesn't necessarily want to ‘show off’. San Francisco is all about buying local and keeping it understated. That's why we have both luxury goods and the basic t-shirt and jeans. People want to make a connection with their purchase, and it’s evident from our selection of merchandise that we have a passion for fashion and this city.
Who are your favorite fashion designers?
Right now, my favorite designers include a range of brands, like Apiece Apart, Kain Label, Won hundred, Isabel Marant, Anine Bing, and A.P.C., (most of which are carried at any of my stores).
Where are your favorite places in shop in the city?
I love to shop at TugTug for my kids, Heath Ceramics for my housewares and Welcome Stranger for my husband.
What’s your favorite spot to relax in Hayes? In the Mission?
In Hayes Valley I like to escape to Earthbody Day Spa. In the Mission I will stop into La Nee Thai Massage to relax or Pop Physique for a workout. 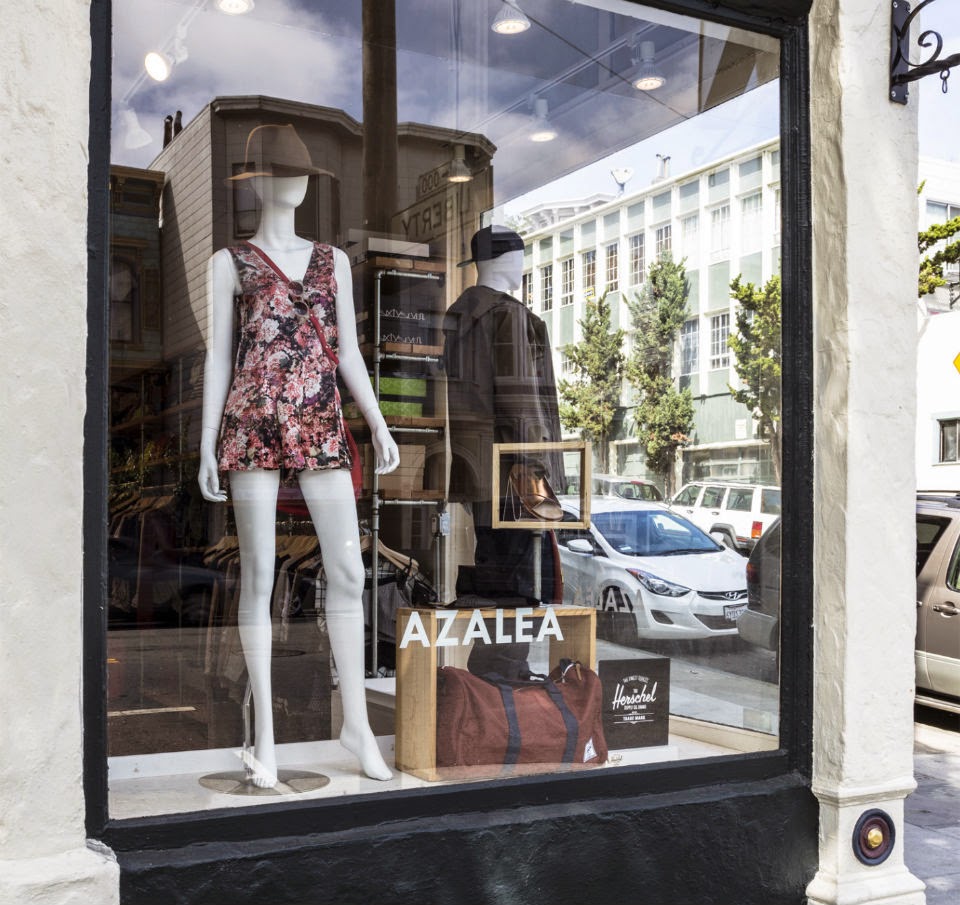 You can visit the new Azalea at 956 Valencia St. (at Liberty), or stop by the 411 Hayes St. location to say hello.
San FranciscoHayes Valley
About 19 hours ago