Over the past several years, Muni stops around Alamo Square have been targeted with recurring anti-tech graffiti. Although we've seen it here and there, it was thanks to tipster Seth G. that we learned the graffiti has been going on since late 2013, with a fresh message scrawled just a few days ago.

Although the graffiti appeared to start off as relatively benign, it quickly turned into an aggressive message targeted at tech workers in San Francisco, especially those who may wait at the bus stops for private shuttles to commute down the Peninsula. 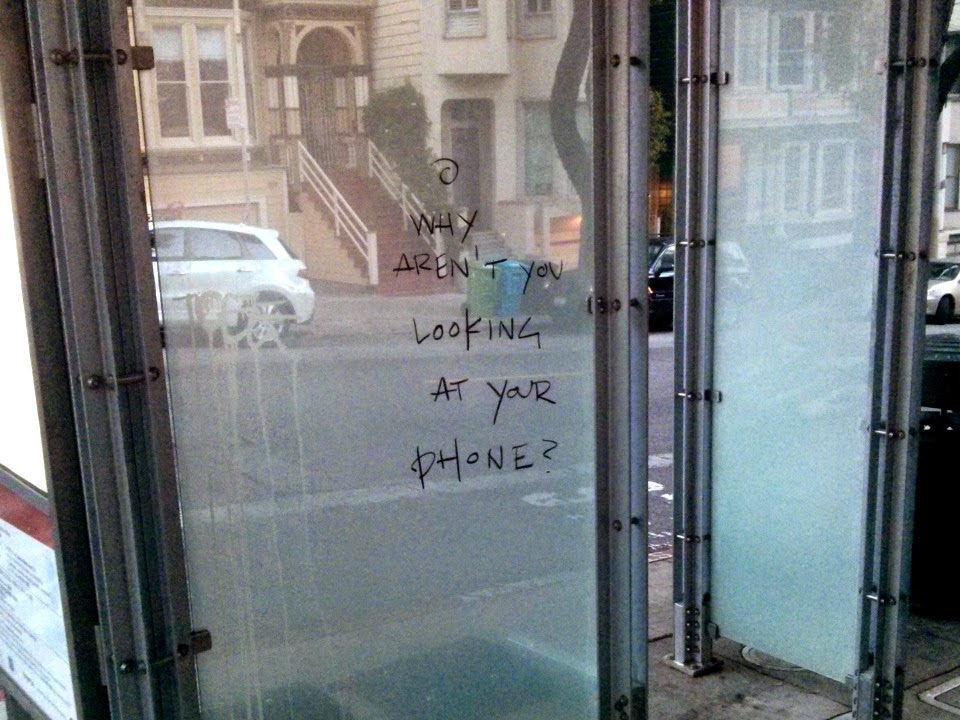 As a reminder, shuttle buses from Google, Facebook, and other private companies outside San Francisco pay a minimal fee to use public Muni stops. The stops targeted with this specific graffiti —the inbound and outbound 21-Hayes stops on Hayes Street at Steiner—function as both Muni and private shuttle stops.

Although we are not handwriting experts, it does appear based off the style of the writing and the accompanying swirls and graphics that there may be just one person at work. 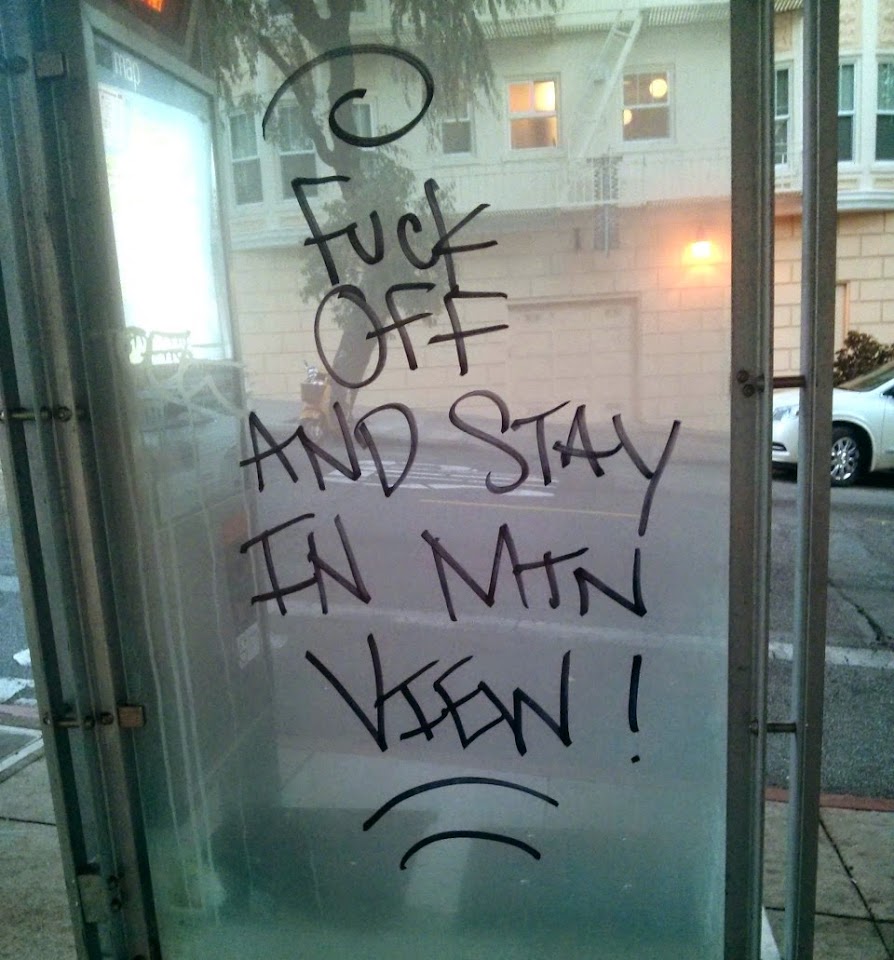 The SFMTA website has an entire section devoted just to transit shelter maintenance, and links to a 311 form for reporting graffiti on Muni shelters. We reached out to the SFMTA for information on who is in charge of responding to graffiti cleanup requests, and how much it costs the city, but have yet to hear back on the issue. 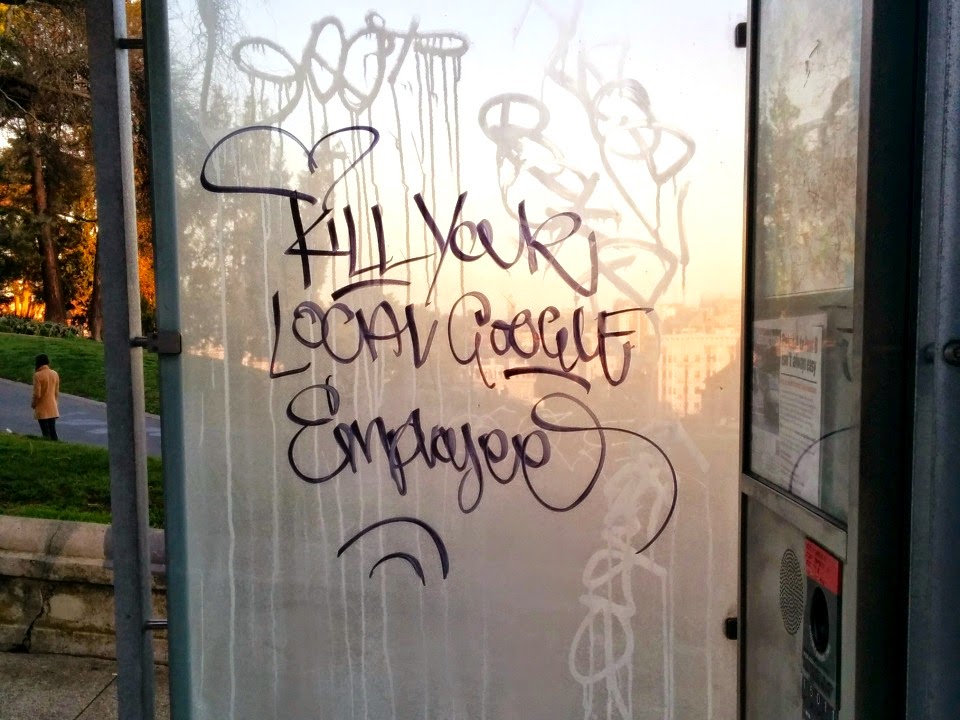 As of Thursday afternoon, two bus stops near Alamo Square bore graffiti, but there may be more around the neighborhood and city. Have you seen this targeted type of graffiti elsewhere in San Francisco?