In a recent flyer advertising upcoming changes to routes and services as part of its Muni Forward program, Muni announced some changes which would appear to affect riders of the 71-Haight/Noriega line, among other bus routes.

At first blush, it appeared that the MTA would be reviving the defunct 7-Haight line, which ran from downtown to Golden Gate Park, and was cut back in 2009 as part of a sweeping, system-wide shift that attempted to reduce the MTA's budget deficit and eliminate redundant lines.

For those of you who don't remember the dearly departed 7, here's photographic proof (below). The line garnered a scant three Yelp reviews before going out of commission, with reviewers describing it as both "good" and "horrible." 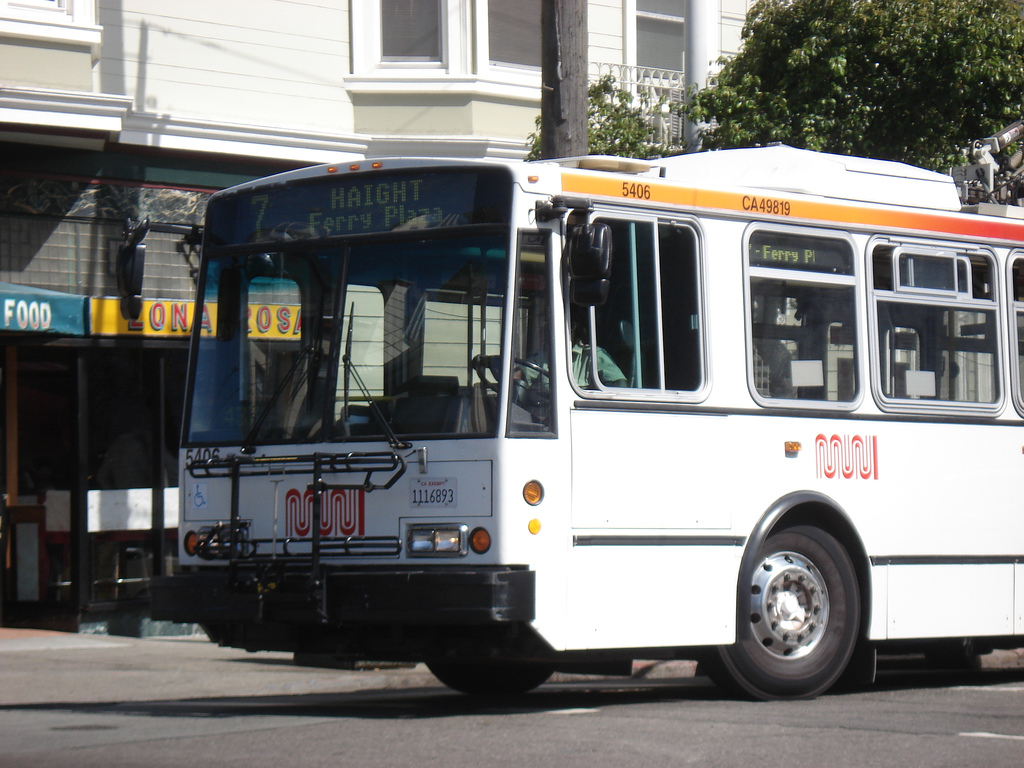 But look closely and it appears that this isn't the addition of an old line, but a renaming and renumbering of the current 71 line, which is set to become the 7-Haight/Noriega at the end of April. No route changes are planned to go along with the name change.

In addition, the 33-Stanyan will be re-dubbed the "Ashbury-18th", and other buses, like the triple-digit 108-Treasure Island, will undergo route name changes. 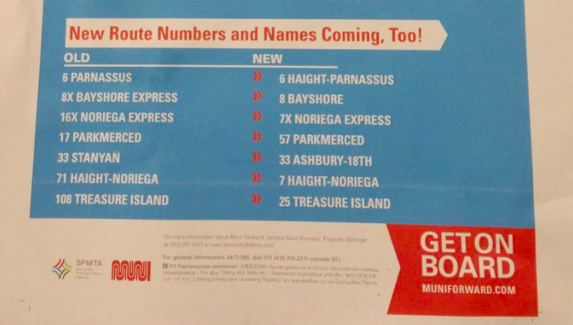 In addition, limited buses will no longer be designated as "L", but will now be called "R" lines, for "rapid." For example, the 71L will soon be called the 7R.

We've reached out to the SFMTA for more on what prompted the decision to rename these bus lines, and will update when we learn more.

Muni is launching Muni Forward and the Transit Effectiveness Project as efforts to improve efficiency and speed system wide. According to the MTA, Muni Forward seeks "to address transit delay, improve reliability, and increase safety and comfort."

Changes for the 71 in particular have been in store for over a year, with multiple rounds of surveys and public hearings taking place. Upcoming changes to the Haight include pedestrian bulb-outs, transit bulb-outs, one eliminated stop and some traffic lights. The last publicized details of improvements in the Upper and Lower Haight are available in detail here.

The bus name changes are slated to go into effect April 25th, so don't be alarmed if you spot a ghostly 7-Haight reappearing on its former stomping grounds. As Muni Forward urges in its tagline, "get on board."