This article, written by Mark Hedin was originally published in Central City Extra's March 2015 issue. You can find the paper distributed around central city cafes, nonprofits, City Hall offices, SROs and other residences – and if you can't find it anywhere else, you can read it in the periodicals section on the fifth floor of the Main Library.

Rev. Paul Trudeau of City Hope ministries presided over a double memorial at the Ritz Hotel on Eddy Street on January 21st for two former residents of the SRO.

It was a small group who gathered on a sunny afternoon in an upstairs room. About 10 people were in attendance, including this reporter, Trudeau, a singer and two social workers. Michael Arpan was born July 6th, 1944, and died Jan. 12th, at age 70. Kenneth Lima was born April 9th, 1969, and died Dec. 30th at age 45.

After operatic singer Molly Mahoney sang “Be Thou My Vision,” Trudeau read through Psalm 23’s “The Lord is my shepherd” passages as those in attendance fought back tears and sniffles. Next, Trudeau shared a poem by Tom Gordon, “When It’s Our Time,” which sought “reassurance that love is not lost." 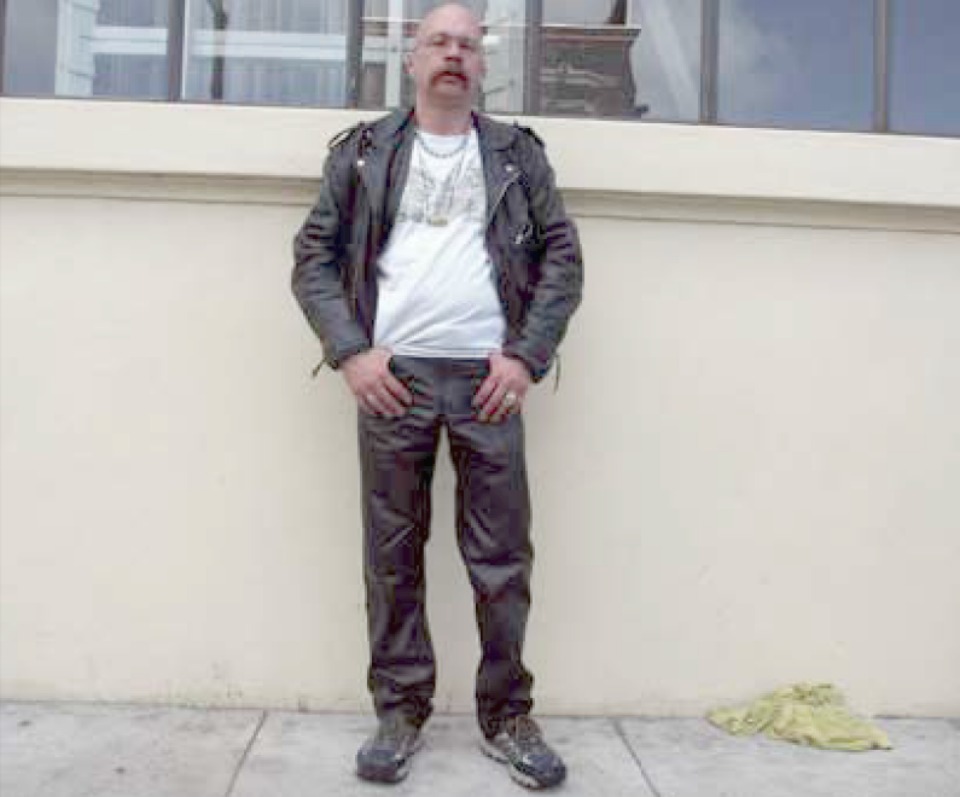 Mr. Lima’s cousin, Denise Dorey, was first to speak when Trudeau invited people to share their thoughts and memories about Messrs. Arpan and Lima. Her cousin’s death, of congestive heart disease, she said, “wiped out all my savings” because he left behind $1,200 in unpaid bills. “Ken and I were opposites in that way,” she said, about how they managed their business. Because of the unexpected expenses, she said, “all the rules of the game are changed.”

“I did all I could to help him,” she said. “I thought I was going to bring him from the hospital,” California Pacific Medical Center. “He should have taken Viagra,” she said, claiming the drug has “lifesaving” applications as a heart medicine. Her cousin, she said, “had bad luck from a baby. He should have had heart surgery when he was a baby. He was in awful pain the past six months.”

“Ken was an air hockey champ,” Dorey said. He also graduated from ITT Tech in Santa Clara and worked at a company called Atmel. “They poisoned him and he got a cash settlement in the late ’90s.” She said he’d grown up in Mountain View, and had an affinity for poker. “He had a hard time beating me, though,” she laughed. “We used to play online poker tournaments,” and for Mr. Lima’s 40th birthday, she said, they went to Thunder Valley, near Las Vegas.

Michelle Tucker, another Ritz resident , said Mr. Lima, who she’d known for two years, “was one of my best friends here. We used to talk about our dreams,” she said. “He wanted to be a cartoonist. He did good impressions. I miss him so. He was a good guy.”

“He was real nice,” said a man named Lee. Mr. Lima was active in the community as a member of the Medical Cannabis Patient Working Group and applied to the Board of Supervisors Rules Committee for an opening on the Medical Cannabis Task Force in late 2011. “If he couldn’t help you out of a problem, he’d at least make you laugh,” Dorey said.

“One thing we all have in common, we love our cats.” Tucker concurred. “He would babysit my cat Frankie. We had our differences, but he was still a friend. I didn’t realize he was in such pain. We used to watch ‘Jeopardy.’ He was real smart.”No matter how bad a day I had, he’d always cheer me up. He called everybody ‘mate,’ ” Tucker said.

Less was said about Mr. Arpan. One person who did speak up, Michael, another Ritz resident, said Mr. Arpan, “the guy with the bicycle, the soldier,” appeared to be Native American and “struck me as a guy who would not be in fear of anything. I’m sure as he went through the passage he was.” “He looked good in yellow,” Michelle, another attendee, said. “It’s hard to lose two people in two weeks,” Michael said. Mahoney brought the joint memorial to a close with “Somewhere Over the Rainbow” and was applauded for her effort.

San FranciscoTenderloin
About 12 hours ago